After a tragic week in the world of professional wrestling, it seems like executives at WarnerMedia have an axe to grind against a certain pair of wrestlers even in death. 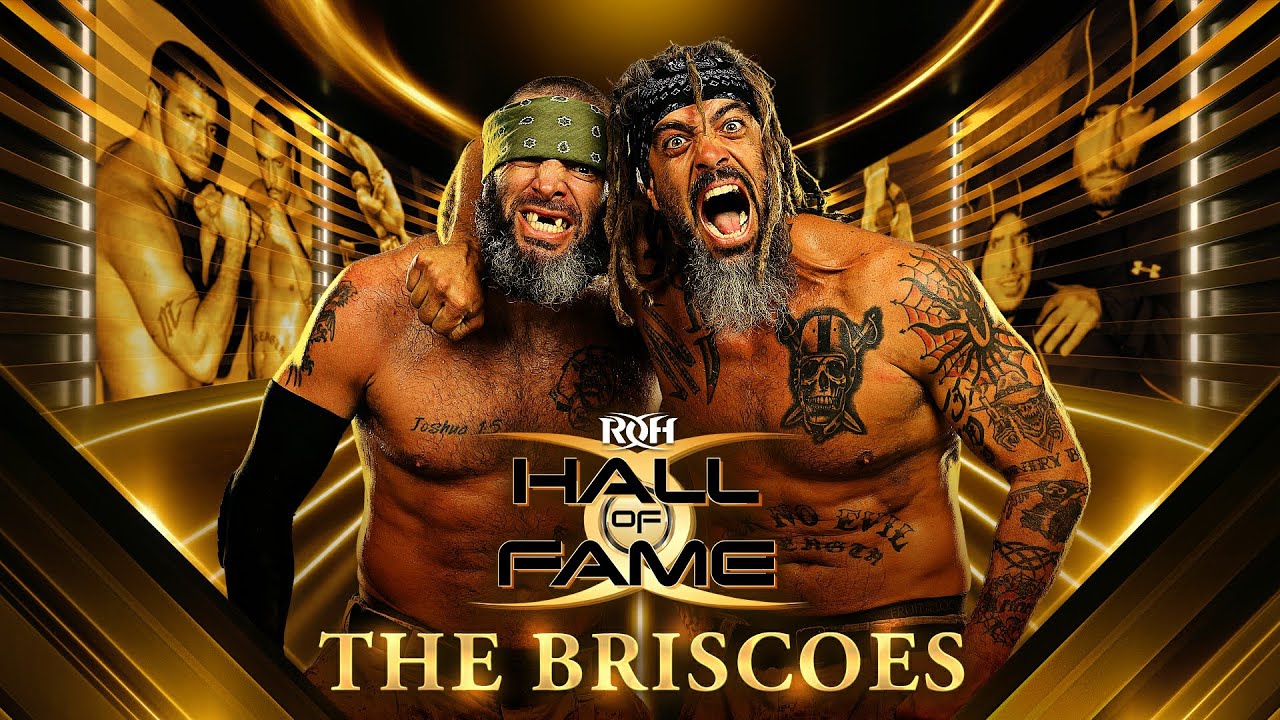 On Tuesday, Jamin Pugh known to the wrestling community as ‘Jay Briscoe’ of the popular tag team the Briscoe Brothers, was tragically killed in a car wreck while driving his two daughters to cheerleading practice. Pugh was 38 years old.

Jay, along with his brother Mark, were a renounced tag team for over two decades for their over the top wrestling style and redneck personas. The duo were 13 time Ring Of Honor (ROH) Tag Team Champions and were the active champs before his death. 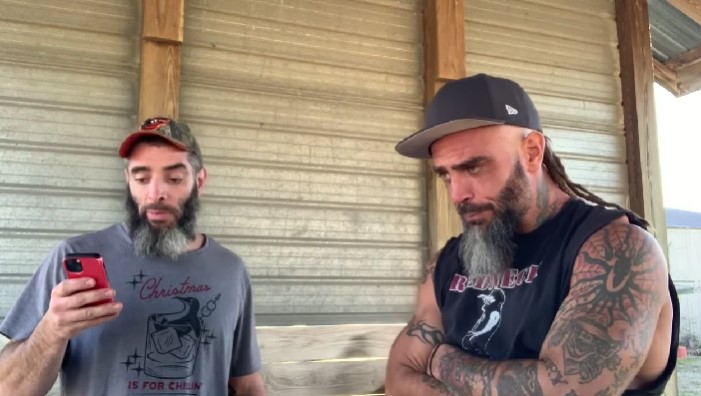 Mark (left) and his brother Jay Briscoe via PeoplesChamp YouTube

The Delaware State Police issued a statement on January 18th regarding the car accident that took the life of Jay Briscoe and the driver of the other vehicle.

It begins, “The Delaware State Police are investigating a fatal accident that occurred in Laurel late yesterday afternoon that resulted in the deaths of two people. On January 17, 2023, at approximately 5:09 p.m., a 2019 Chevrolet Silverado 1500 was traveling westbound on Laurel Road just west of Goose Nest Road. At the same time, a 2016 Chevrolet Silverado 2500 was traveling eastbound on Laurel Road in the same vicinity.” 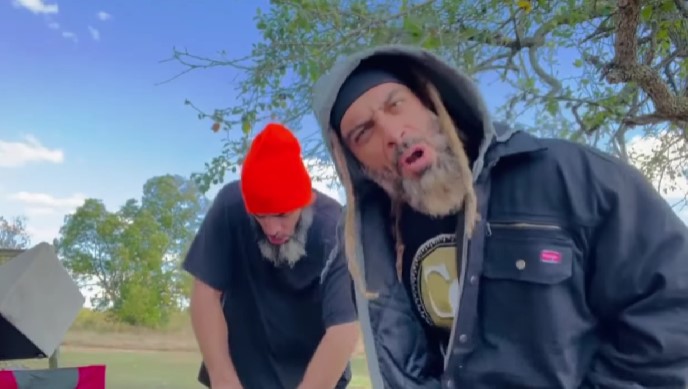 Jay Briscoes Dead At The Age of 38 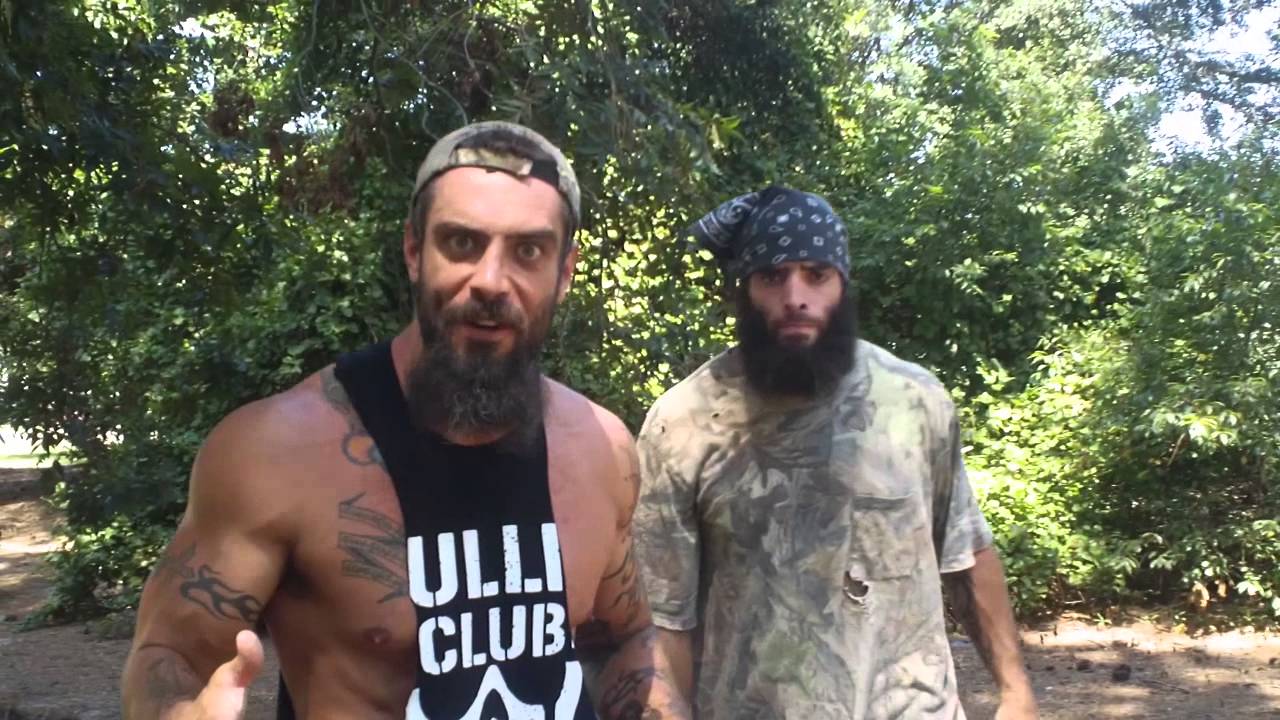 Jay and Mark Briscoe via Ring Of Honor Wrestling YouTube

“Both drivers were pronounced dead at the scene,” it noted. “The two passengers in Pugh’s pickup truck, identified as his 12-year-old daughter and 9-year-old daughter, were both properly restrained. Both girls were taken by ambulance to an area hospital and were admitted in critical condition.”

The statement concluded, “Alcohol involvement in this crash is unknown. No other vehicles were involved in this collision. The roadway was closed for approximately four hours while the scene was investigated and cleared.” 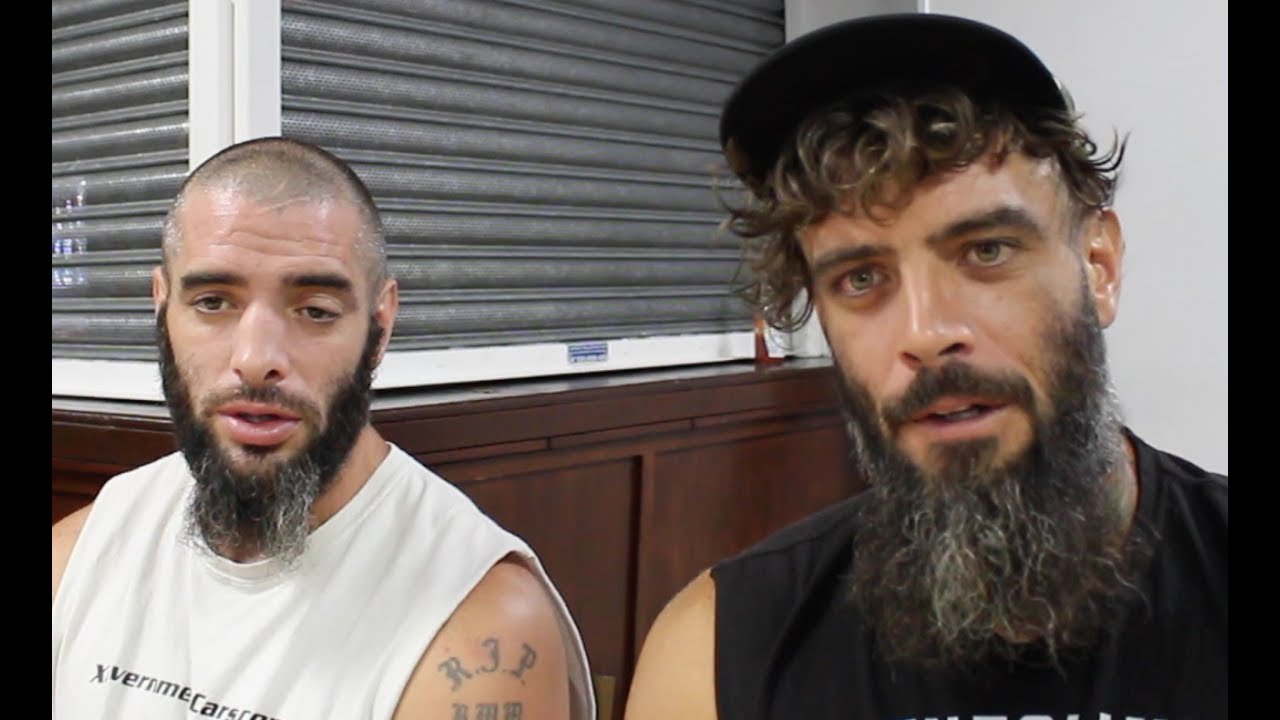 The pro wrestling community was shocked to learn of the death of the beloved member of the wrestling business however an internal conflict with the executives at Warner Media/TBS prevented one company from honoring the fallen wrestler in death.

Tony Khan, who owns both AEW (All Elite Wrestling) and ROH where the Briscoes wrestled was not allowed to dedicate the January 18th episode of ‘AEW Dynamite’ to Briscoe and had to air a celebration of life to Jay after the show went off the air. According to Wrestling Observer Radio’s Dave Meltzer, WarnerMedia didn’t allow AEW to hold a tribute show for Jay Briscoe.

“There was a graphic at the start of the show, and then at the very end of the show there was a mention by Excalibur. A lot of the guys had armbands, a lot of them. But there was not any kind of big tribute because they were not allowed by WarnerMedia to do one,” Meltzer said.

WOR: Dave Meltzer notes that AEW wasn't able to do a tribute show tonight on Dynamite but they recorded a special ROH episode and have plans for future ROH tribute shows for Jay Briscoe.https://t.co/mYdKSjV7fm pic.twitter.com/17cxvsEoti

Last year, it was reported that WarnerMedia executives barred Tony Khan from signing The Briscoes to AEW essentially banning them from appearing on their TBS show. According to a source with Fightful Wrestling, executives were upset by a 2013 tweet posted by Jay Briscoe in response to the state of Delaware legalizing gay marriage, essentially backlisting them from the company.

Briscoe wrote at the time, “If that makes you happy, then congratulations…try and teach my kids that there’s nothing wrong with that and I’ll fucking shoot you. 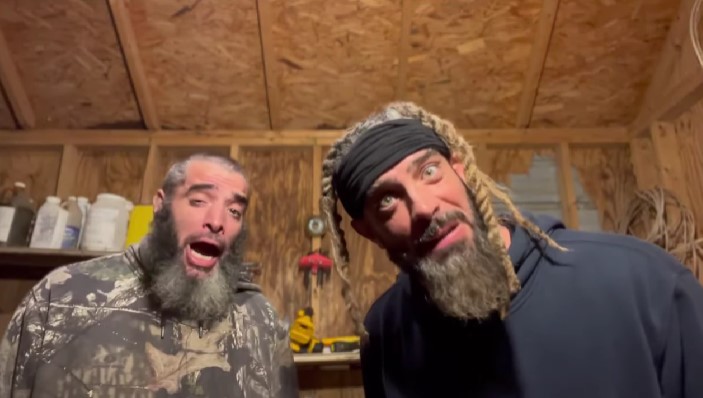 Jay apologized for the remarks stating they weren’t his real life views and that he was only playing up his redneck character on television.

Despite repeatedly showing remorse for his words, The Briscoes were blacklisted for his comments as major companies such as the WWE (World Wrestling Entertainment) refused to sign them afraid of backlash from the LGBTQ community among their fans and sponsors. 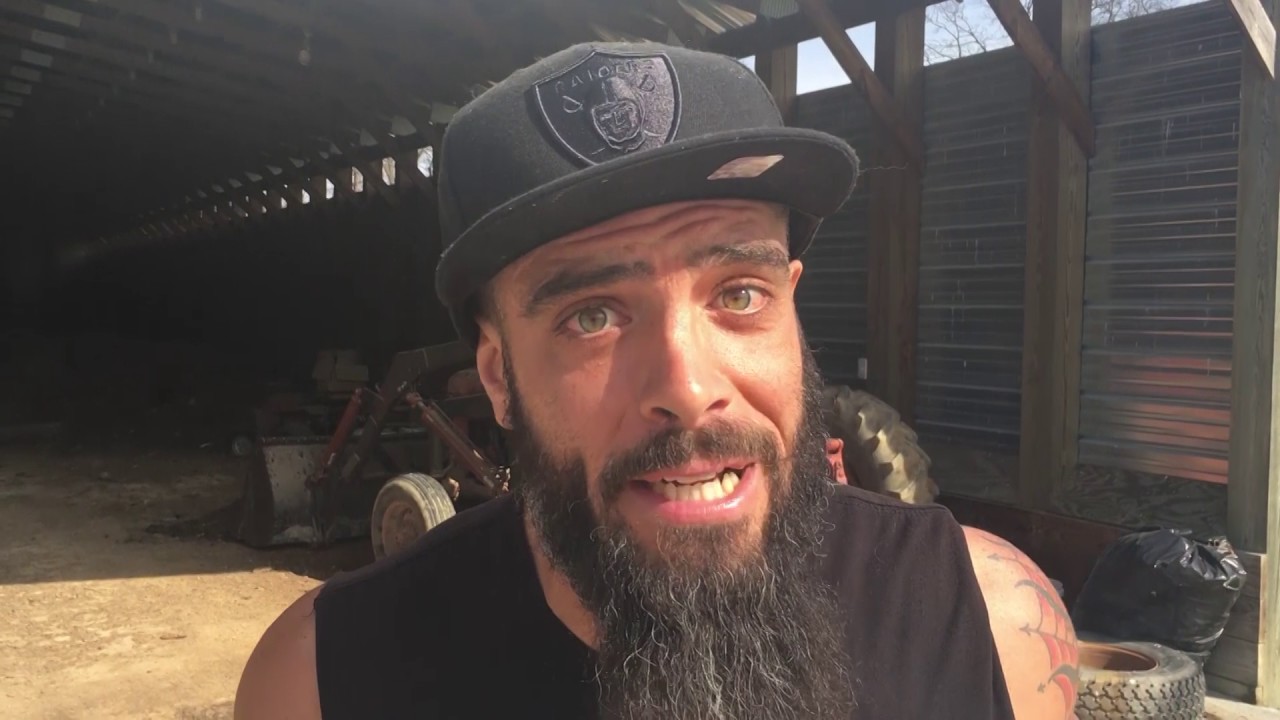 Even in death, WarnerMedia appears to continue to blacklist any mention of the Briscoes on their programming despite wrestlers on the show wanting to pay tribute to their fallen friend. A Donation page was set up by Briscoe’s family friend for fans to offer their help for the Pugh family.

The GiveSendGo page notes, “On the evening of January 17th, our community and friends across the world were left in shock after the news of the passing of Jamin, a man who made everyone around him a better person. The Pugh family’s world has shifted, and with that there will be many unforeseen expenses. We have set this page up (with approval from the family) to help ease any burden that may arise from this tragedy.

“Its been heartwarming to read all the stories of those who interacted with Jamin, and his impact was felt across the world. Please continue to pray for the Pugh family and all of their children. This is the only campaign that has been approved by the family,” it concluded. 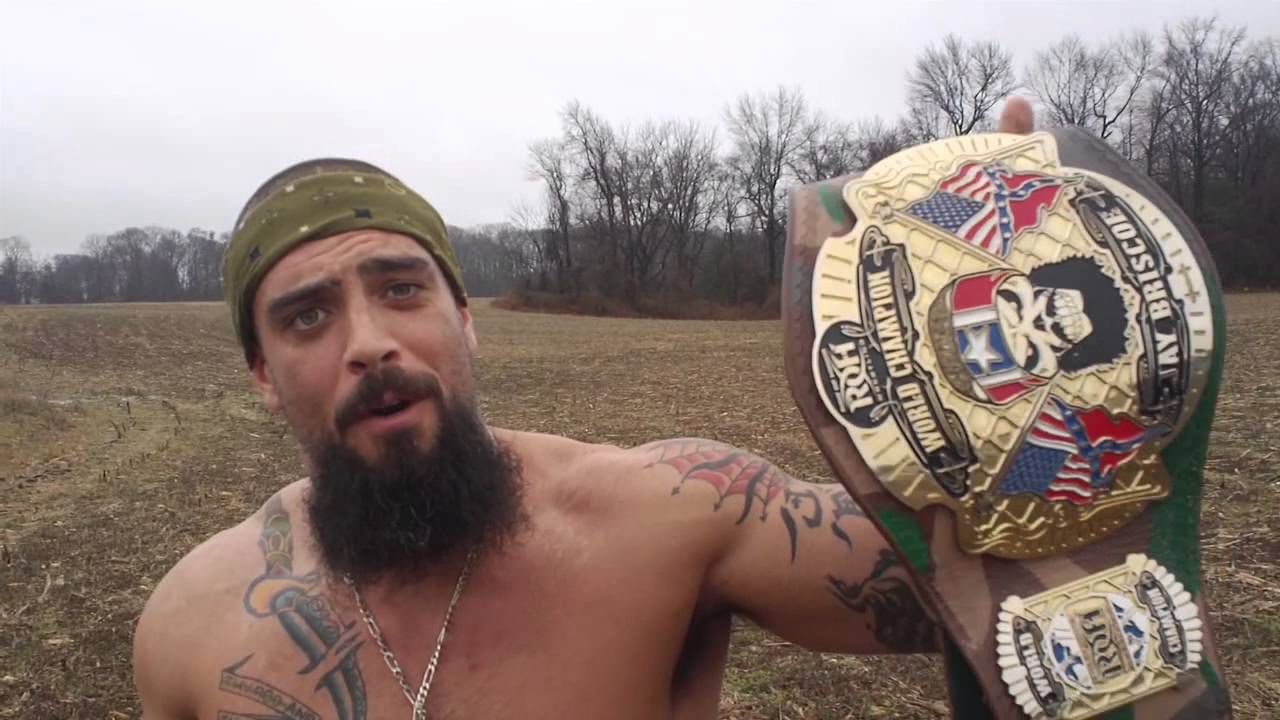 What are your thoughts on WarnerMedia refusing to let AEW honor a fallen wrestler?