FX Network, Fox, and Marvel Studios are teaming up to produce two live-action TV shows based on the X-Men to debut for the 2016-2017 season.

The first series, Hellfire, set in the 1960s details the story of a FBI special agent who uncovers The Hellfire Club, a secret society of millionaires led by a megalomaniac woman who aim to take over the world. This Hellfire Club will not be the same one that was seen in X-Men: First Class led by Sebastian Shaw. The show is being developed for Fox.

David Madden, President of Entertainment for Fox notes, “We are thrilled to partner with Marvel to bring this world to television and build upon the vibrant mythology that has captivated fans for years. He went on to describe the show, “These powerful and dynamic characters are complicated and larger-than-life, the pace and visual imagination are unrelenting, and the story takes place during one of the most explosive eras in recent history. We are so looking forward to working with this incredibly talented team.”

Patrick McKay (Star Trek 3) and JD Payne (Star Trek 3) will be writing the pilot script based on a story by Evan Katz (24: Live Another Day), Manny Coto (24), McKay, and Payne. Bryan Singer, Simon Kinberg, Jeph Loeb, and Jim Chory will executive produce the pilot. Katz and Coto will serve as showrunners. 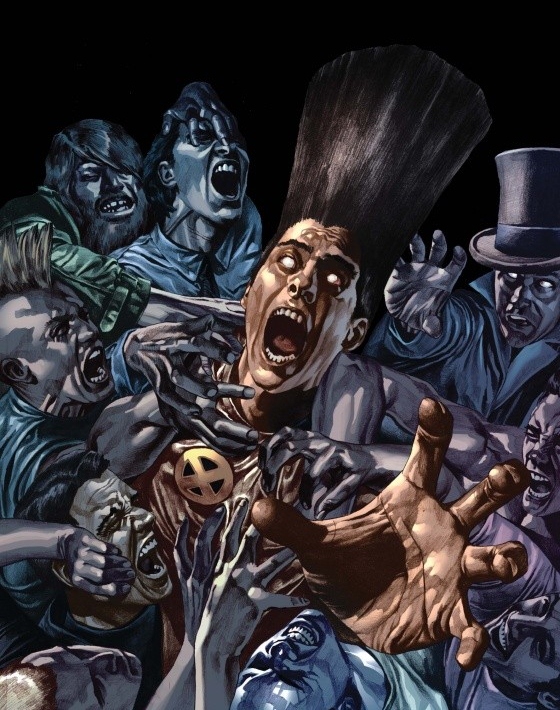 The second series, Legion, follows the story of David Haller, a diagnosed schizophrenic who has been in and out of hospitals since he was a teenager. However, after an encounter with a fellow patient, the voices and visions he hears and sees may actually be real. Haller’s character is based on the Legion character from the comics who is the son of Charles Xavier. FX has ordered a pilot which will be produced by FX Productions and Marvel Television with FX Productions performing the physical production.

FX’s Nick Grad gushed about the series, “Legion is just the sort of ambitious story that Noah excels at. His adaptation of Fargo for television was one of the most acclaimed television events in recent memory. It’s also an honor to partner with Marvel on Legion and to enlist such an accomplished team of Executive Producers to create this pilot.”