We got an exclusive look at some of the upcoming covers for Arkhaven Comics’ Alt-Hero: Q #1 and Alt-Hero #6.

First up is is the Alt-Hero: Q #1 cover by Hélix Haze with colors by Arklight Studios. 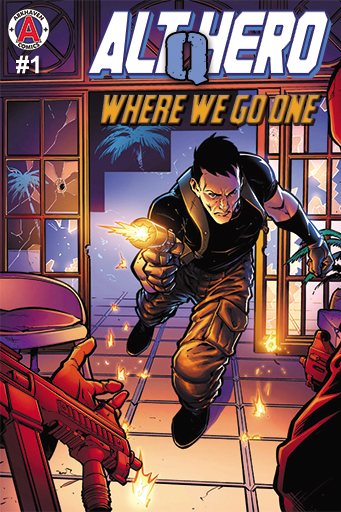 AH:Q #1: WHERE WE GO ONE. Meet Roland Bane. He loves God, he loves himself, and he loves his neighbor. None of which happen to be the celebrities and politicians he is investigating at the urging of the mysterious Q. And when he pays a late night visit to the Hollywood villa of famous actor Rip Braddock, star of the hit action films Apokalypse Code, Die Trying, and Situation: Drastic, he learns that the rabbit hole goes much deeper, and darker, than he’d ever suspected.

Next up are a couple of covers for Alt-Hero #6 by Cliff Cosmic with colors by Arklight Studios.

Take a look at the virgin variant: 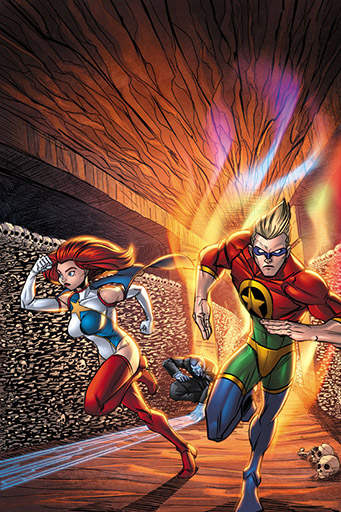 And here’s one with the trade dress: 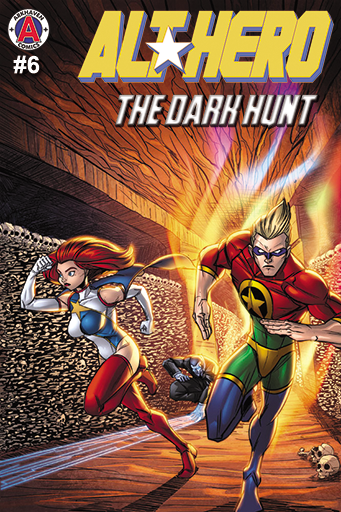 Here’s the official description for Alt-Hero #6.

AH#6: THE DARK HUNT. In the aftermath of the battle on the Pont d’Iéna, every policeman in Paris is searching for the Generation Identitaire leaders Christian Foucault and Jean-Michel Durand. No one wants to find them worse than Captain Europa, who is furious about his public humiliation at the hands of Durand. The Global Justice Initiative is on the hunt, and when the wanted pair is seen descending into the catacombs below the city, they don’t hesitate to invade the vast realm of the dead. But no one knows what horrors lurk there in the dark under the ground.

Along with the release of these covers, Vox Day’s Arkhaven Comics will also be releasing 7×10 Premium editions of their comics. The first one will be [easyazon_link identifier=”9527303001″ locale=”US” tag=”boundingintocomics-20″]Alt-Hero #1: Crackdown[/easyazon_link]. It will debut sometime later this month and will retail for $4.99. 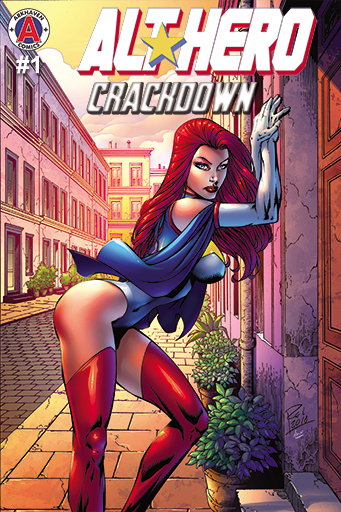