As first reported by Redanian Intelligence, Altamarquez described himself on his Medium and LinkedIn profiles as an employee in executive production at Netflix. On his Medium profile, Altamarquez indicates he’s worked on Queer Eye Season 4, Mindhunter Season 2, 13 Reasons Why Season 3 and The Wither. In his medium profile next to The Witcher is a release date of October 2019. (Related: Netflix’s The Witcher EP Lauren Hissrich Explains Race Changes: America Has “Long and Checkered History of Enslaving, Abusing, and Deriding People Who Aren’t White”)

While his Medium profile notes The Witcher will debut in October, a tweet captured by Escapist Magazine made by Altamarquez on August 29th indicates the show will likely release on November 1.

“From here, the show enters post-production where it will hopefully be finished in time for its late 2019 release at the end of Oct 2019.

One likely release date for the episodes of #TheWitcher is Friday, November 1.”

The Witcher.TV captured a screenshot of his tweets. (Related: Netflix Releases First Looks at Geralt, Yennefer, and Ciri for The Witcher) 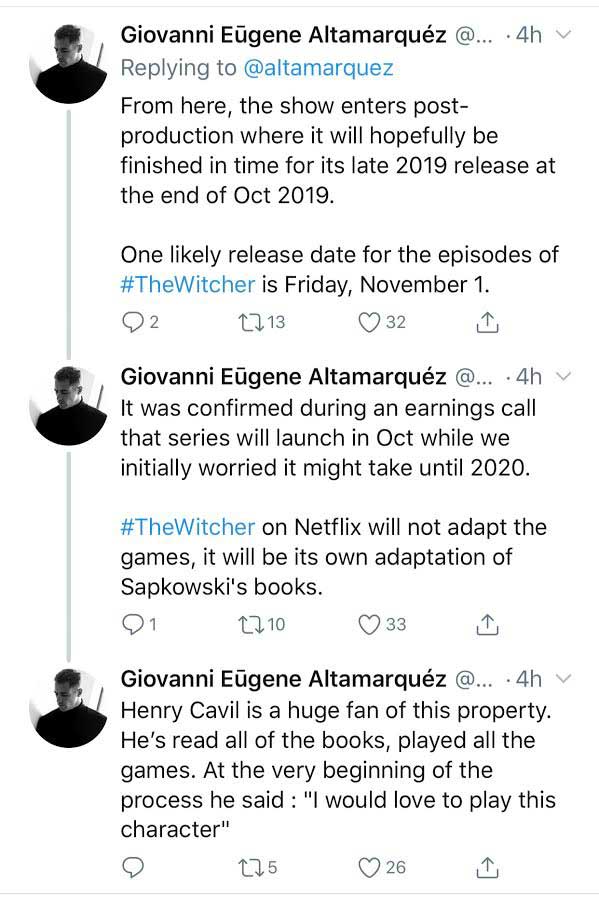 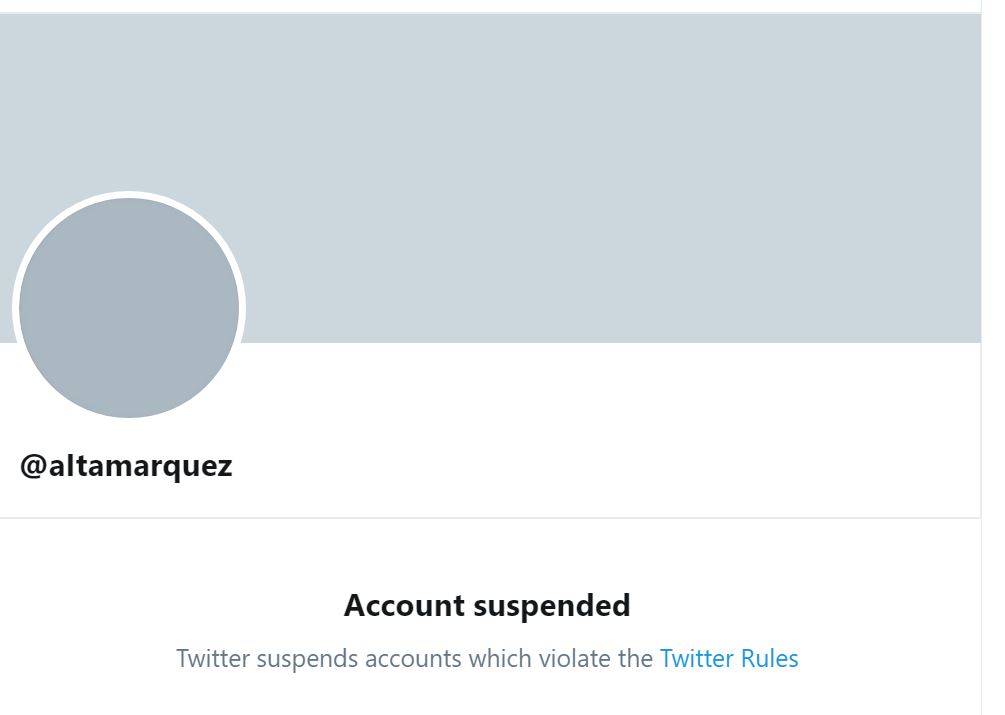 The Witcher.TV reports Netflix claims Altamarquez does not work for them and that these rumors are false. However this is unverified.

A previous rumor from Recapped indicates The Witcher will hit Netflix on December 20 with Season two to start filming in December of January. That December 20 date is rather interesting given that’s when Disney is set to release Star Wars: The Rise of Skywalker.

Netflix’s Ted Sarandos revealed during the company’s Q1 2019 Earnings Call that the show would be released some time in the fourth quarter. (Related: Netflix Announces When The Witcher Starring Henry Cavill Will Be Released)

“And then you start seeing later in the fourth quarter some of our bigger film investments coming through like Irishman, like 6 Underground and also a big new original series that we’re currently shooting in Hungary called The Witcher, that is enormous European IP, very popular game and Book IP, that we think is going to make a really fun global series.”

What do you make of this rumor? Do you think this is legit? Will we see The Witcher on Netflix in October or will it be later in December?