Fans of Adam Driver’s Kylo Ren in the Disney Star Wars trilogy have been reporting on social media that they have been experiencing severe mental trauma and emotional breakdowns over the death of the character in Star Wars: The Rise of Skwyalker.

Following the premiere of the film in theaters, numerous fans began to express their anger at director J.J. Abrams over the decision to kill Kylo Ren near the end of the film, with some even directing vague threats of violence towards him:

That was the first time Ben solo looked properly alive and to take it away so quickly, after a lifetime of manipulation n cruelty, is psychopathic and ridiculous. Fuck you @jjabrams

Making JJ Abrams pay for the damage he has done IS THE HILL I WILL DIE ON.

@ jj abrams, i will find you and i will kill you

Fans have also been self-reporting serious mental and emotional trauma as a result of this plot point, including fits of extreme crying and depression, with some even turning to mental health professionals for assistance in dealing with their emotions: 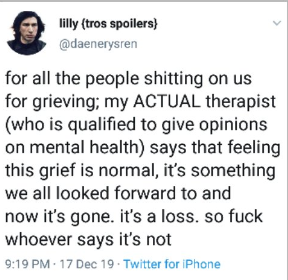 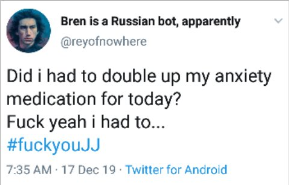 I expect reylo to happened and one of them Will die, even thought all of my guesses are right i’m still traumatized. I’m sobbing for like 15 minute in cinema’s bathroom because of it

Yesss! And it’s sad. It’s still haunting me till today girl. I’ve woken up at 3 AM crying for Ben Solo and can’t sleep afterwards. That’s real shit. Fuck you @jjabrams and yes girl thank you too 💕

I can’t even get out of bed. I can’t read the comic it hurts. Why do I feel like I’m mourning a living person? @starwars abused kid does good then dies??? Why? @jjabrams I was abused just like Ben. Do you not understand what message you sent to kids like that? pic.twitter.com/vRNOuX0jnH

In one extreme case shared to the /r/AITA (Am I The Asshole?) subreddit, user /u/Inevitable-Tip detailed in a since-deleted post how a friend of his had “a breakdown outside [the theater], absolutely hysterical and in tears, balling her eyes out and screaming because the guy dies.” 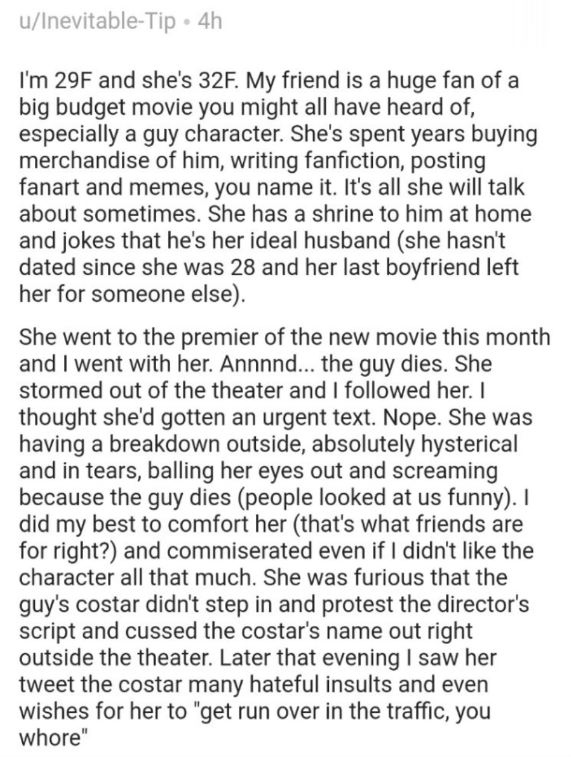 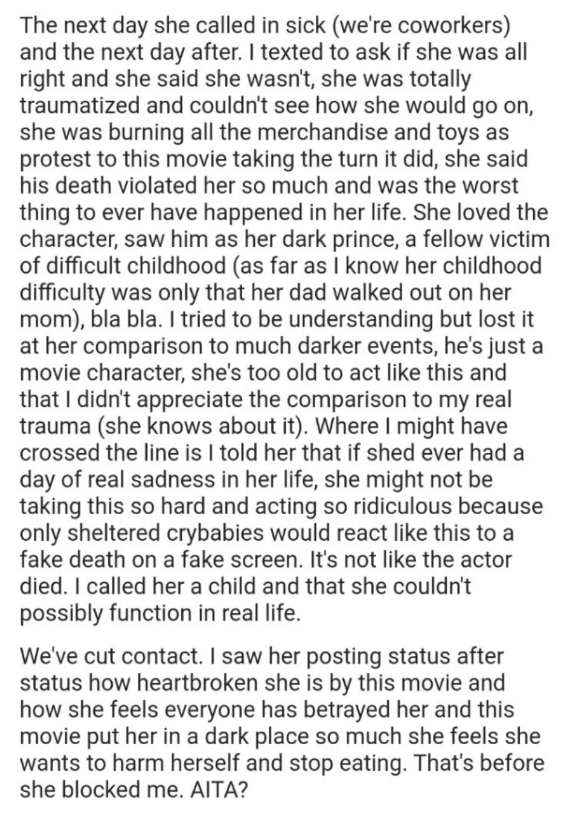