In a lengthy Facebook post, Fields detailed the change in American businesses and culture that has seen the growth of chain stores and the decline of “Mom & Pop” shops selling merchandise.

He writes, “The thing is, community businesses like Flying Colors are getting to be more rare by the day. Drive through any shopping centers and you won’t find many local businesses that actually sell stuff.”

He adds, “Sure, there are a ton of fast food and other eating places, there are massage parlors, nail, wax, and tattoo places and service centers for phones and other digital devices. And there are plenty of chain stores. But there aren’t many “Mom & Pop” shops selling actual merchandise.”

Fields then discusses the recently released sales trends in the United States during the holiday season.

He writes, “National statistics for the 2019 holiday shopping season show overall retail sales were up 3.4%… but online sales were up 18.%. That means shopping in physical stories was likely flat to down.”

Those numbers come straight from Barrons that confirms sales increased 3.4% from 2018. A report from Mastercard SpendingPulse also indicates that shoppers spent 19% more of their purchases online. In fact, online sales accounted for 15% of total sales. According to the Mastercard report in-store sales increased by 1.2%

Given those increases Barrons reports, “Households are in good shape. Unemployment is at half-century lows, wages have been increasing faster than inflation, and consumer confidence remains near its highs of the cycle.”

Despite these apparent positive signals for the retail industry, Fields writes, “We really hate to admit it, but December sales at Flying Colors were off…substantially.”

While the store does not seem to be in peril of closing, Fields does admit they have a number of tough decisions now facing them.

“With the rising costs of rent (we have another lease increase hitting us this month) and higher prices on pretty much everything else in the Bay Area, we’re facing some difficult decisons ahead.”

Fields continues, “No, we’re not going to close anytime (it’s surely not in the plans, anyway). But we don’t want to be faced with finding a lower cost location or any other drastic actions. We want to be here to serve this community for many more years… but some of that just isn’t in our control.”

He notably lamented potential customers who came in to the store to price hunt without purchasing anything.

“After bringing the community some fun events in 2019 and maintaining the most deeply stocked comic shop around, we’re seeing too many people coming into the shop, especially during the holiday season, taking photos of products, so they could price-hunt for them online.”

However, there might be a reason why those numbers ticked up. Owner of Past Present Future Comics in West Palm Beach Mark Gallo tells me the numbers from Comichron “are all fake numbers from variants and exclusives.” He continues, “Everyone is down, new comic sales are an abomination.” 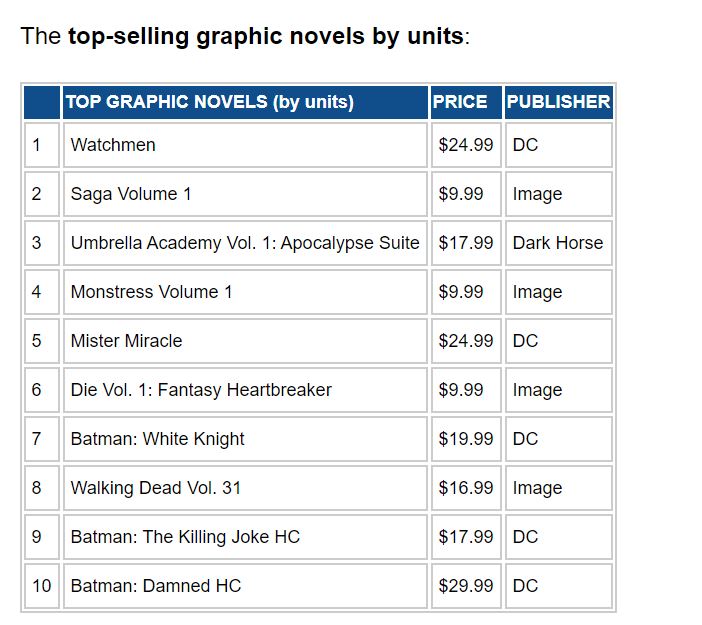 And if you dig a little deeper, the top selling comics by units sold are all comics with high price points. Only 1 of the top 10 comics, DCeased #1 is priced at the normal $3.99. 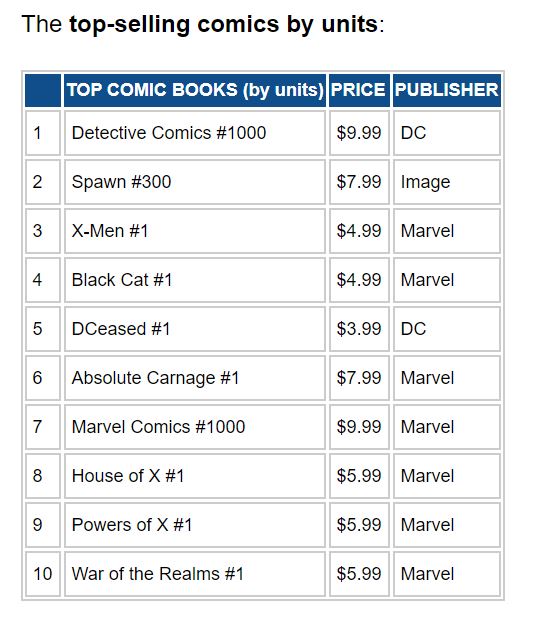 What do you make of Fields and Gallo’s comments about the state of the comic book industry? How do you think it compares with the information provided by Comichron?