A new rumor claims to reveal who the main character will be the long-gestating Judge Dredd: Mega-City One TV series. 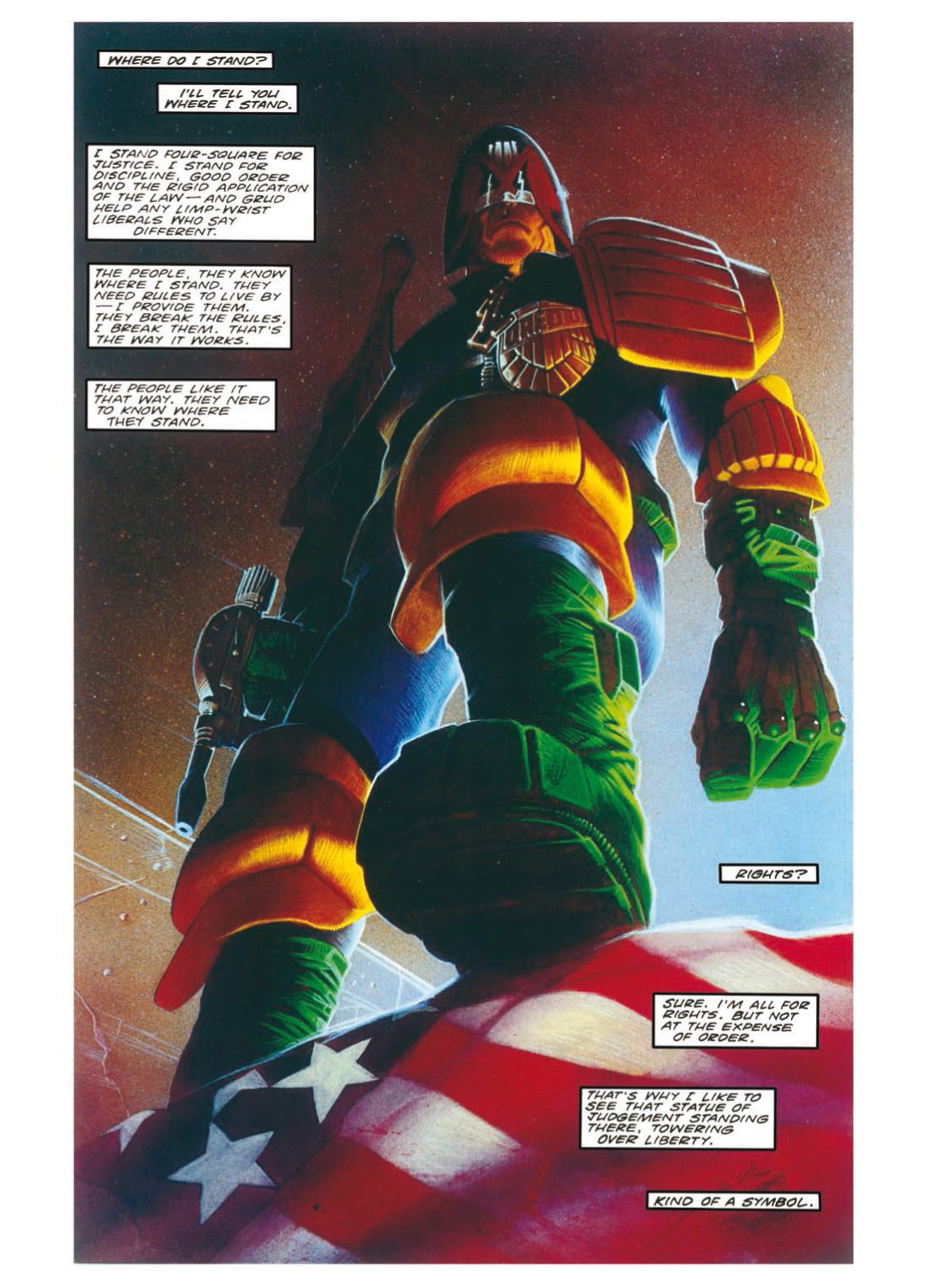 The rumor comes from Emre Kaya at The Vulcan Reporter.

He reiterated, “America Jara being the main character is to be expected, as the show adapts the America storyline.” 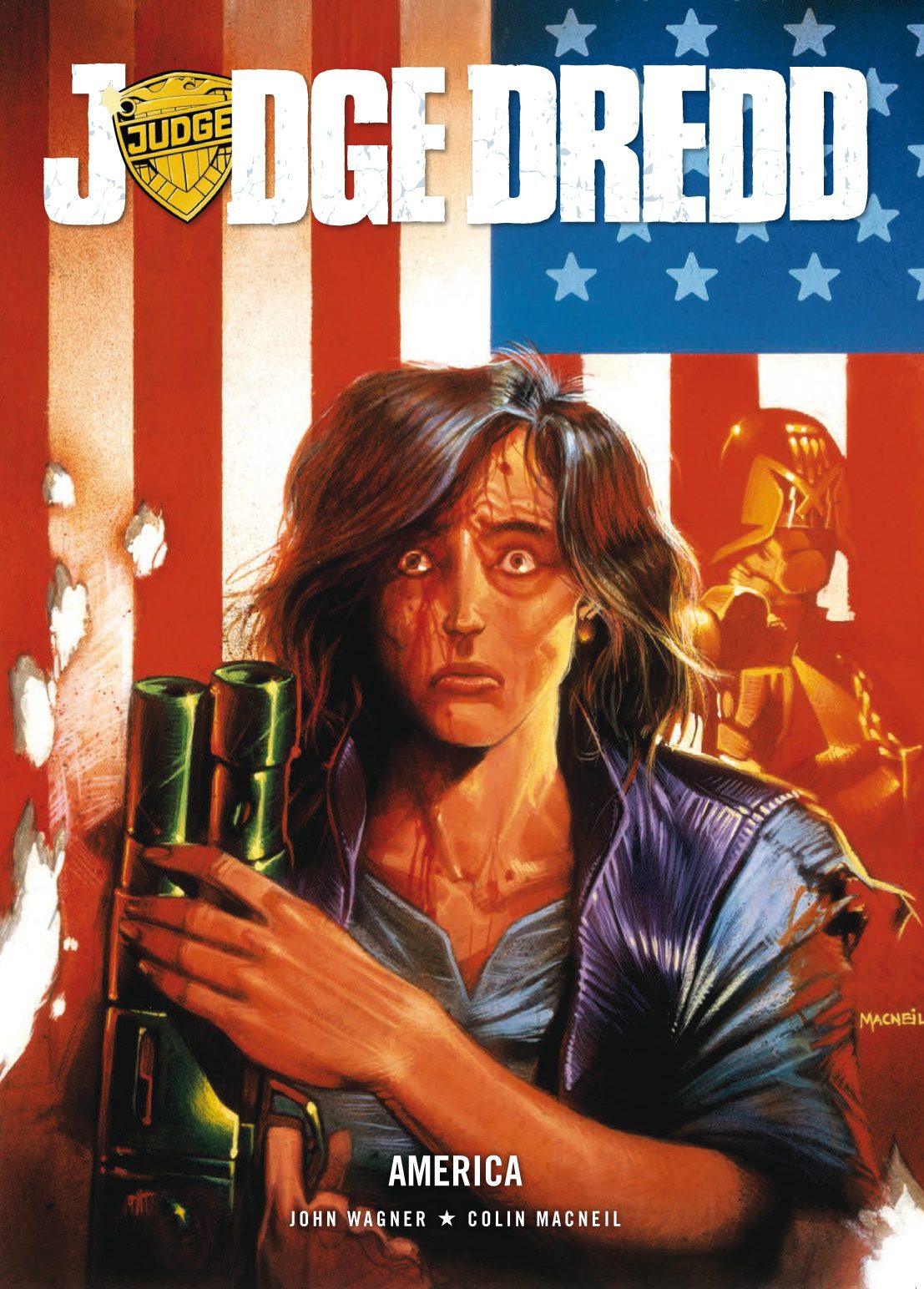 There does appear to be merit to this rumor. Previously released concept art for the show indicated that they were looking at adapting Judge Dredd: America.

Not only did the concept art indicate they could be adapting Judge Dredd: America, but it also hinted at Rob Williams’ “Low Life” story. 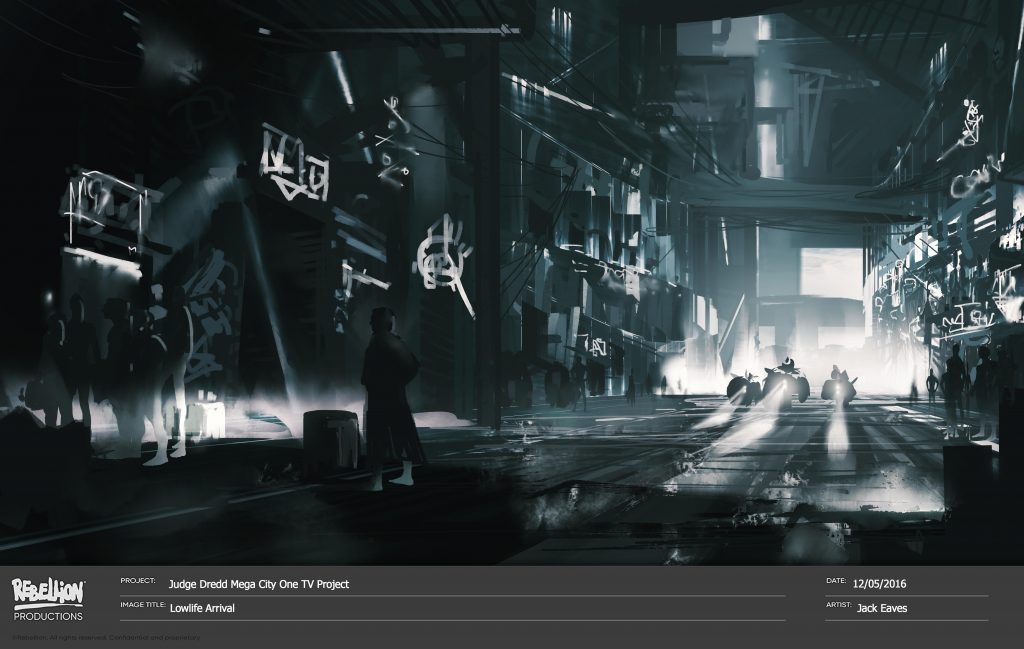 In July of 2018 at San Diego Comic-Con, 2000 AD and Judge Dredd Owners Rebellion announced that a pilot script and plot for the first two years of the show had been completed by Rob Williams.

Rebellion CEO Jason Kingsley stated, “I’ve read the pilot script by Rob and the team, and got that same thrill I did when I first discovered Judge Dredd. As we drive this project forward I’m always surprised by how much effort goes on behind-the-scenes to bring something like Mega-City One to the screen.”

He added, “I’m very pleased with how the whole project is coming together and looking forward to more exciting announcements in the coming months.” 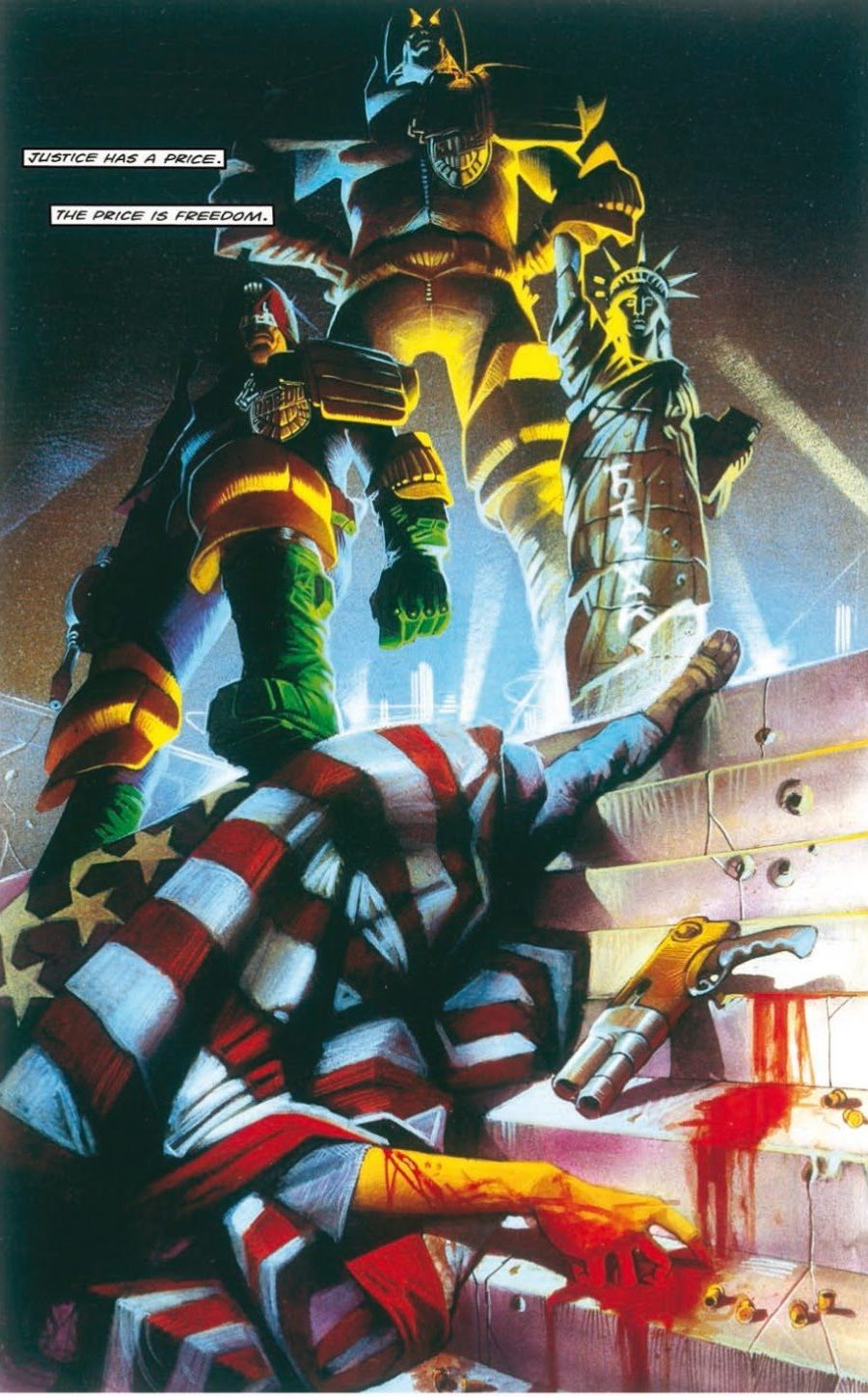 Kingsley had also previously promised to create “multi-thread storylines, one of which will be Dredd’s but others which take us into the wider world of Mega-City One.”

As for the Judge Dredd: America storyline it followed two young people, Bennett Beeny and America Jara, and their drastically different experiences with the Justice Department in Mega-City One.

Bennett goes on to become a famous singer and comedian while America becomes a Democracy movement activist and eventually a Total War terrorist. 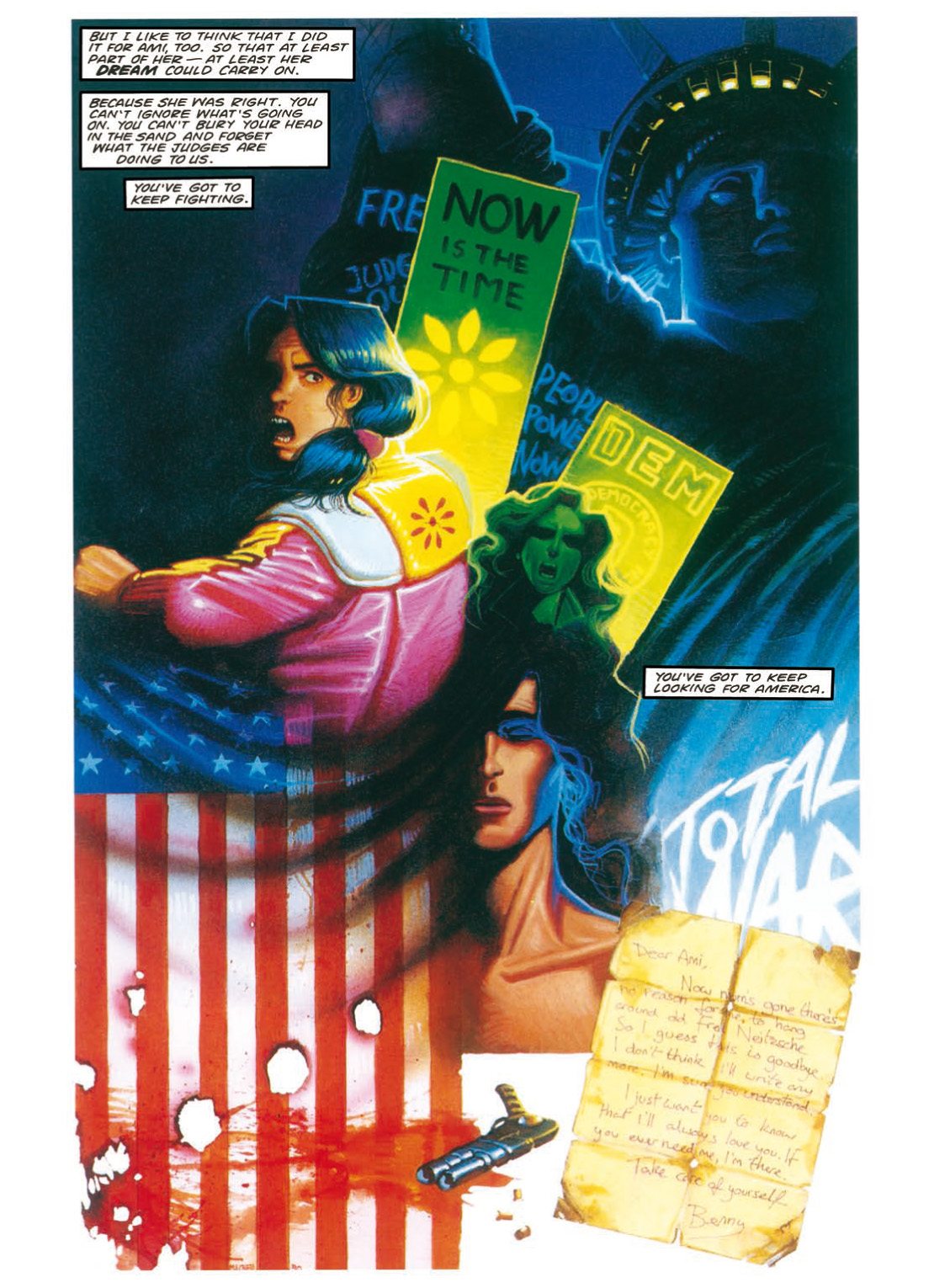 There hasn’t been much announced movement on the show since 2018.

However, Dredd actor Karl Urban, who played Judge Dredd in the 2012 film, indicated that the show was still in development and they were working on writing a 10-episode first season.

Urban explained to ComicBook.com, “My understanding of where they are in the process is that they are in development, and they are writing and developing a sort of 10-episode based television series called Mega-City One.”

“And I told them, if they write some great material for Dredd, and give him a real purpose and a function, that I would love to come back and be a part of it. So, let’s see what they do,” Urban added. 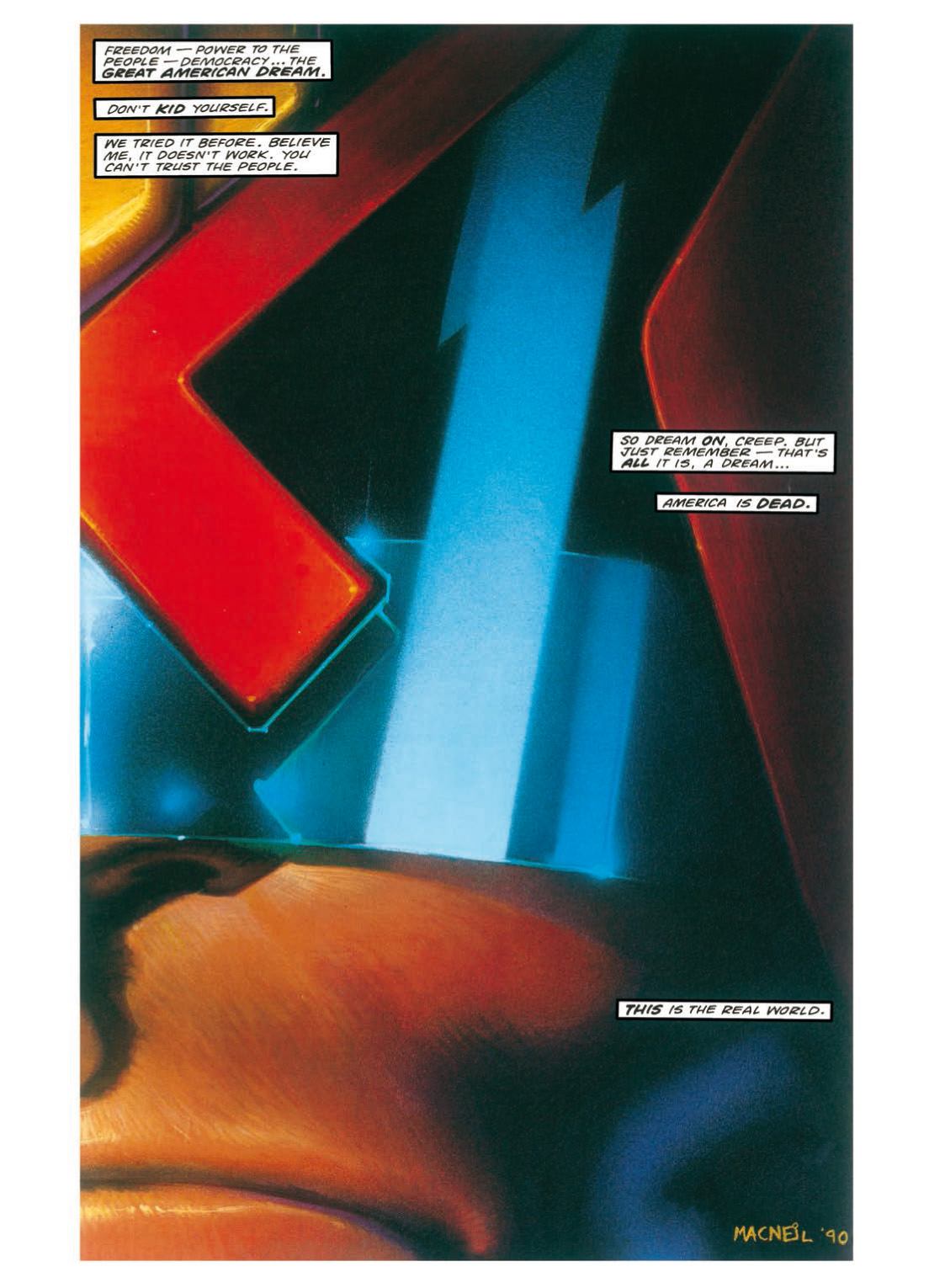 Urban had previously detailed he would want to part of the project while at appearing at the Star Trek Las Vegas Convention in 2017. He stated, “I am in discussion with them about that. I told them if they write the material and give Dredd something to do and give him a function, I will be there. I would love to.”

In fact, Judge Dredd: Mega-City One producer Brian Jenkins also indicated interest in having Urban on the show.

He explained, “We have had many conversations prior to this, about all sorts of things. He’s also very busy, a full-time professional actor. So we’re going to have some long and complicated conversations I would imagine, and we’ll see where we go.”

“It’s too early to tell yet, but if we can use him and he’s available to us, then I think that would be absolutely brilliant. There’s always a possibility he will be busy, or that his schedule for other movies won’t allow- Basically, we don’t know at this stage,” he added. 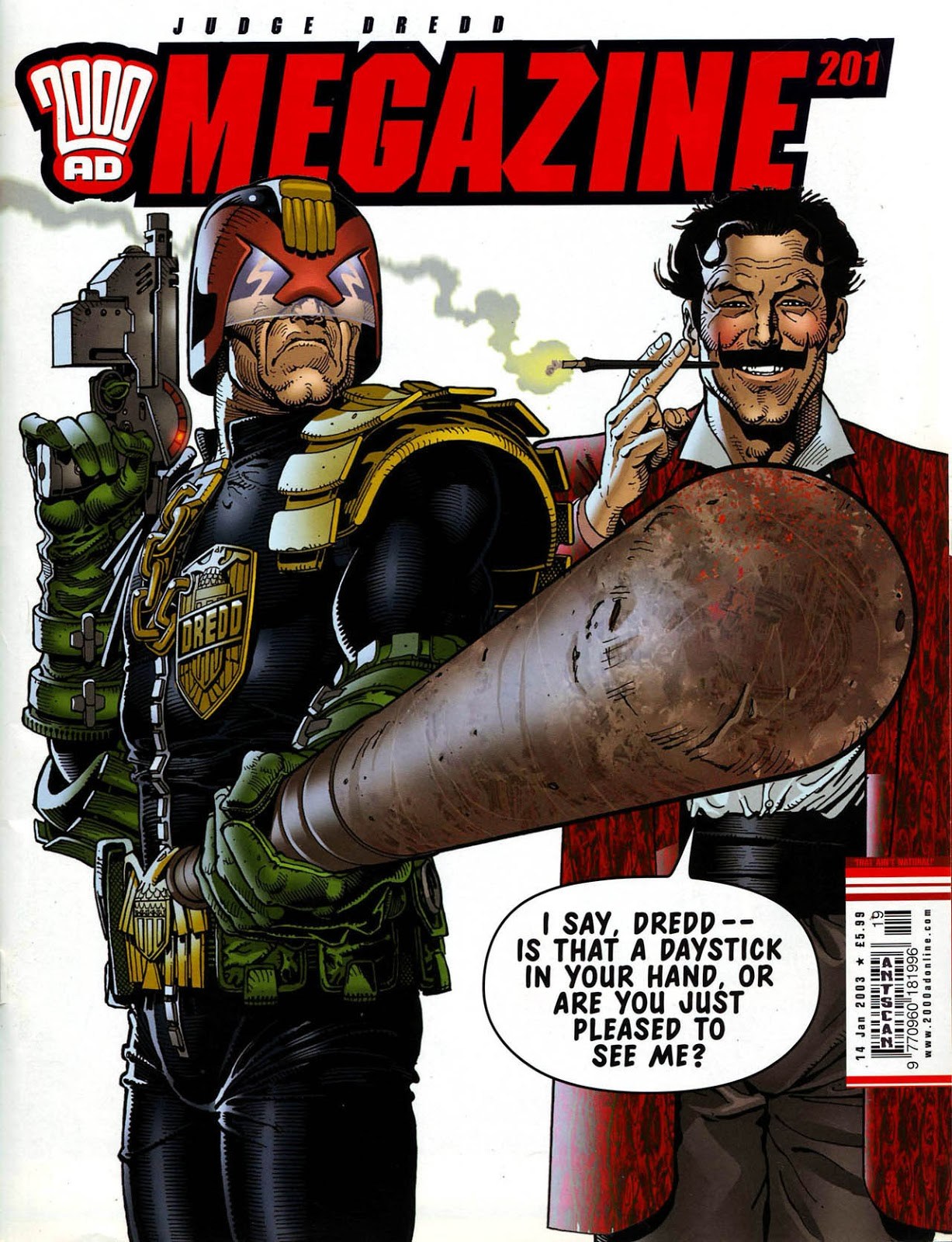 More recently, Urban has indicated he’s still interested in returning to the role of Judge Dredd.

He told ScreenGreek in August 2020, “Well, listen, it’s very, very early to get into any specifics on that, but I’ve gone on the record before saying that I would love to come back and be a part of that world and tell more Dredd stories.”

“There is just a plethora of great, great stories within the Judge Dredd universe. I think that Jason [Kingsley] and his team – I think that the legacy of Judge Dredd is in great hands,” he added.

Urban continued, “And if I get the opportunity to work with those guys, you can bet your bottom dollar I will be there – because I think that it would be just a real rich and rewarding experience for, not only for us to collaborate, but for the fans.” 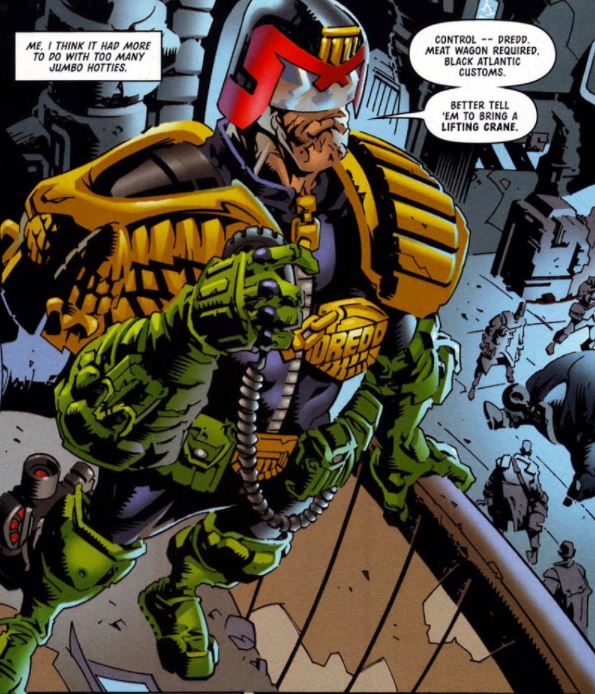 He concluded, “So, if that happens, that’d be fantastic and for whatever reason – and there are many – if it doesn’t happen, then I wish them the best, and I can’t wait to see what they do.”

What do you make of this rumor? Are you interested in seeing an adaptation of Judge Dredd: America to the small screen?