Mangaka Masashi Kishimoto, is set to return to the world of the Hidden Leaf Village, as it has been announced that the Naruto-creator will be taking over writing duties on the sequel series, Boruto: Naruto Next Generations. 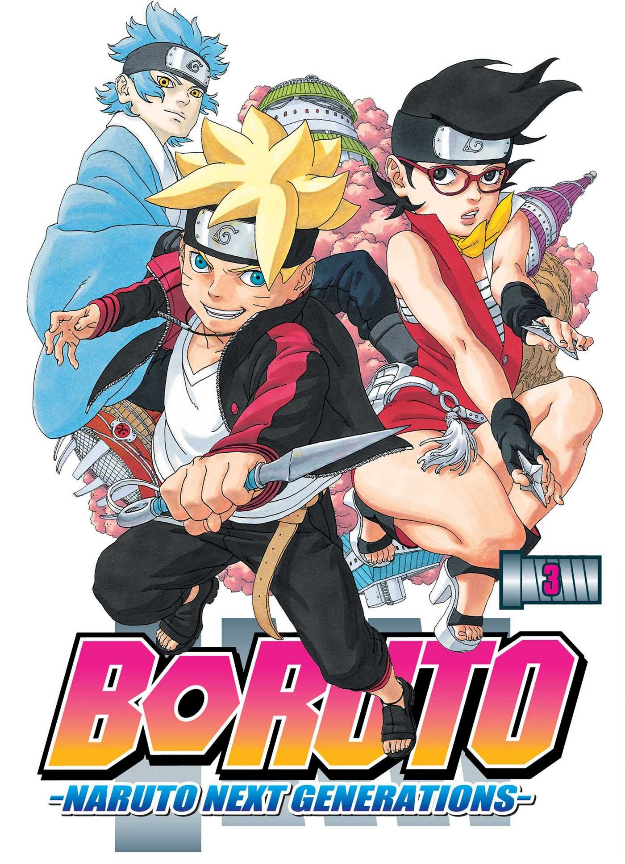 Though Boruto: Naruto Next Generations is a continuation of the original Naruto story written by Kishimoto, the manga, which follows the adventures of Naruto’s son, Boruto, has only been supervised by the famous mangaka, with the series’ writing and art produced by Ukyo Kodachi and Mikio Ikemoto, respectively.

However, on November 16th, the official Twitter account for the Naruto franchise announced that, starting with the series’ fifty-second chapter, Kodchi will be leaving the Boruto manga, with Kishimoto taking over as lead writer. 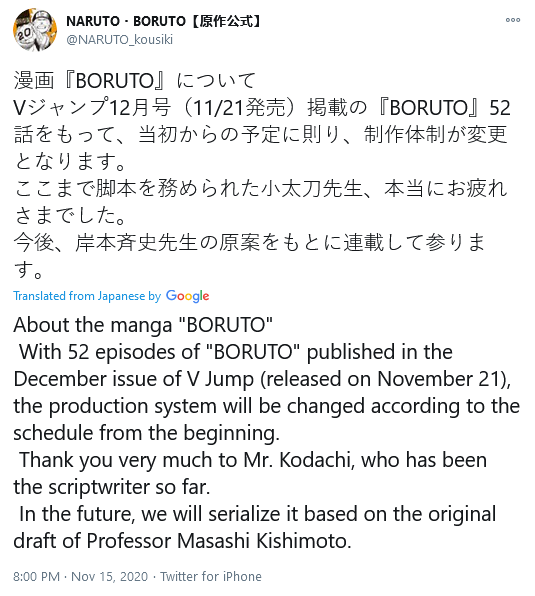 As of writing, it is currently unknown both why Kodachi has left Boruto and whether Kishimoto’s writing duties will begin with the manga’s fifty-second or fifty-third chapter.

Recently, the two artists’ respective designs of Sasuke and Sakura’s daughter, Sarada Uchiha, became a point of debate among Naruto fans, as though some preferred her original appearance, as designed by Kishimoto, some fans felt it was too sexualized, pointing to Ikemoto’s redesign as a more ‘appropriate’ alternative. 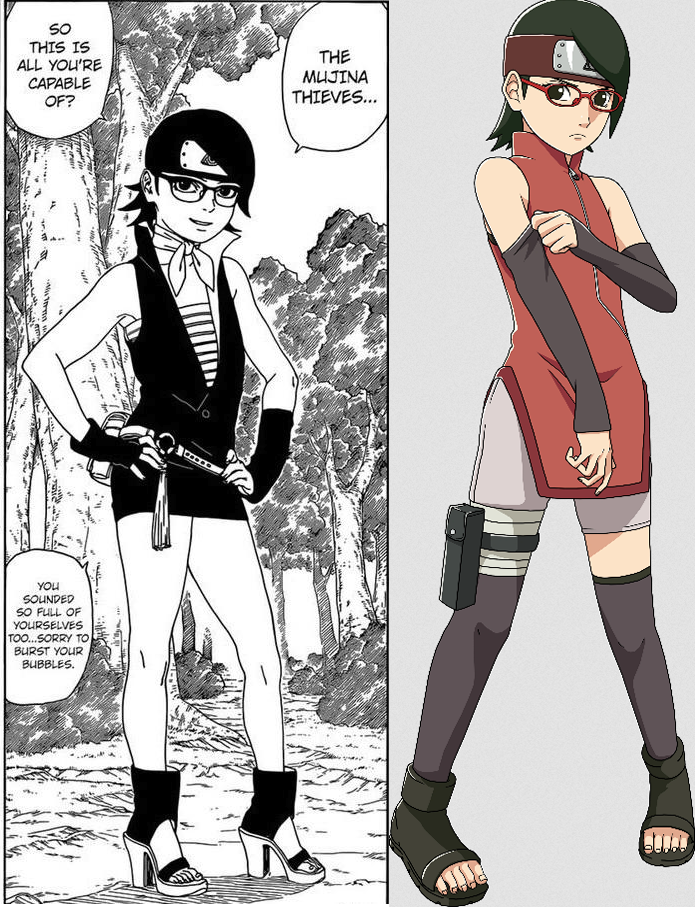 With Kishimoto’s return to the manga, it’s possible that fans may see Sarada undergo yet another costume change, though as of writing, such changes remain to be seen.

Are you excited for Kishimoto’s return? If you haven’t read Boruto, will this get you to check it out? Let us know your thoughts on social media or in the comments down below!