Not content to simply remove any trace of her character from Star Wars, it appears that Disney has now decided that they will not air an upcoming episode of the Discovery Channel series Running Wild With Bear Grylls in which actress Gina Carano would have appeared as a guest star.

Carano was first announced as a guest for the sixth season of Grylls’ latest reality show on February 11th, when the official Twitter account belonging to the popular survivalist tweeted an update regarding the series’ return published by What’s On Disney Plus, which included a list of celebrity guests who were planned to feature in their own respective episodes throughout the sixth season. 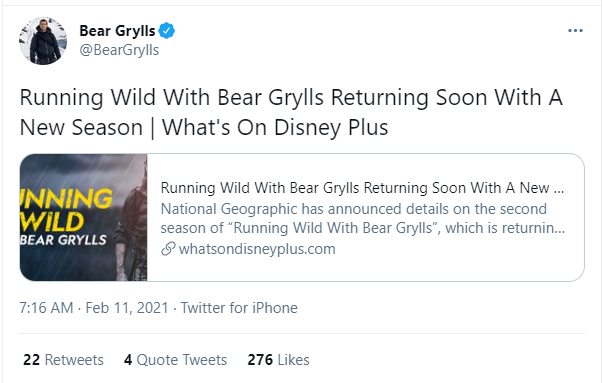 At the time of its initial publication, Carano was listed as one of the show’s upcoming guest stars, alongside such personalities as Anthony Mackie (The Falcon and The Winter Soldier), Danica Patrick (2008 Indy Japan 300 Winner), and Terry Crews (Brooklyn Nine-Nine). 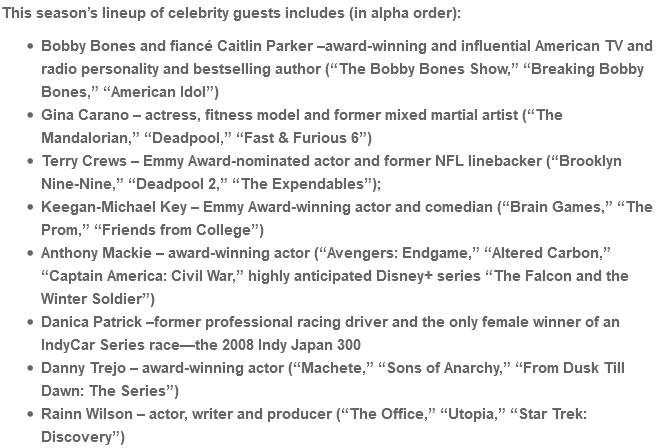 However, according to episode guides for Running Wild’s sixth season recently uploaded by various websites ahead of the season’s March 29th premiere, Disney appears to have pulled the episode featuring Carano in its entirety.

The absence of Carano’s episode in the season’s lineup can be seen on episode guides hosted by TvMaze:

As of writing, in a silence reminiscent of how the company handled informing the actress of her dismissal, Disney has neither formally announced nor publicly commented on the removal of Carano’s episode

Carano had previously tweeted about her experience filming with Grylls on January 2nd. She shared a picture of herself with the survivalist and asserted, “One of the best experiences of my life & most definitely my 2020 was hanging out with this guy @beargrylls in the Dolomites.” 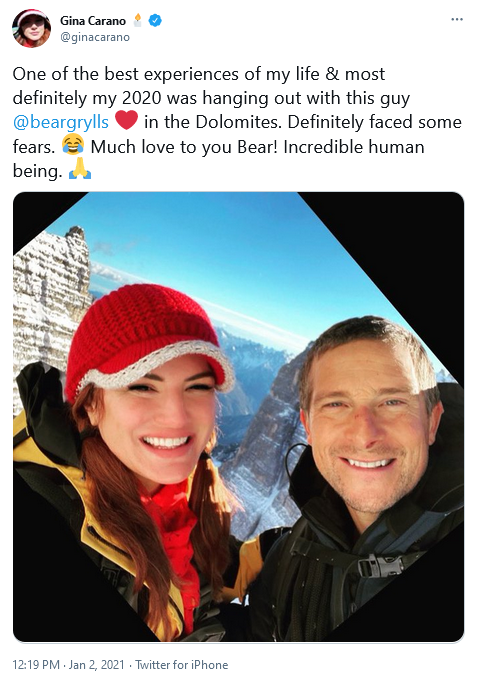 YouTuber Drunk3p0, one of the first to discover the episode’s removal, also commented on Disney’s decision:

The shelving of Carano’s Running Wild appearance is but the latest attempt by Disney to ‘unperson’ the actress following her firing from Disney and Lucasfilm.

In February, just days after her firing, the company put a near immediate end to Hasbro’s production of figures based on Carano’s The Mandalorian character, Cara Dune.

Likewise, earlier this month, it was revealed that Funko had retired one version of their Cara Dune Pop! vinyl figure, with it currently being assumed that said retirement plans have extended to her other variants. 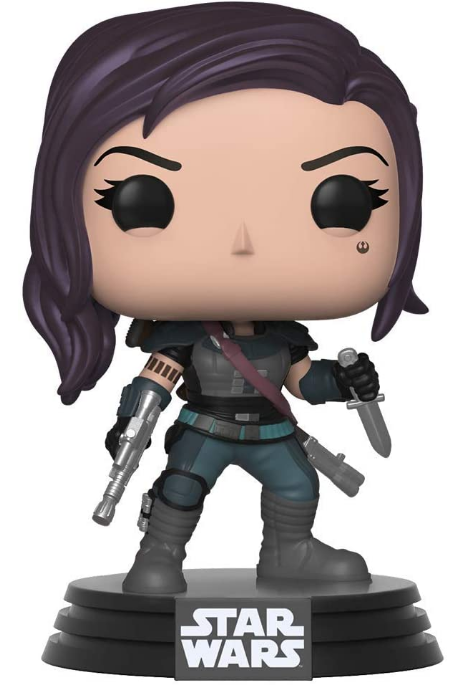 What do you make of the removal of Carano’s episode of Running Wild? Let us know your thoughts on social media or in the comments down below!