If you are unfamiliar with Ostrander, he had prolific runs on the Suicide Squad and even created the team’s now iconic leader in Amanda Waller. He also wrote Star Wars: Legacy, a series that took place hundreds of years after Return of the Jedi. 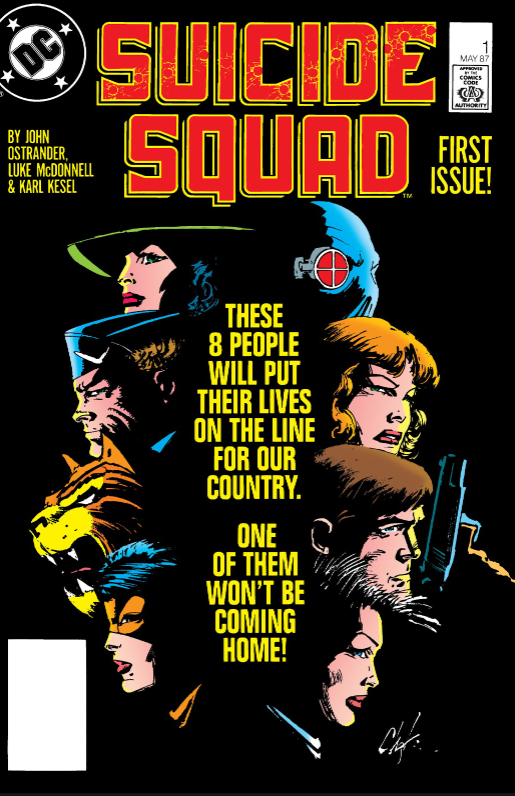 The Suicide Squad director James Gunn revealed back in April that Ostrander is “the founder & foundation of our film.” Not only that, but Ostrander is also getting a role in the film as Dr. Fitzgibbon.

Gunn wrote on Twitter, “Happy Birthday to John Ostrander, the creator of The Suicide Squad – the founder & foundation of our film.”

He added, “Here we are on set while shooting his role as Dr. Fitzgibbon.” 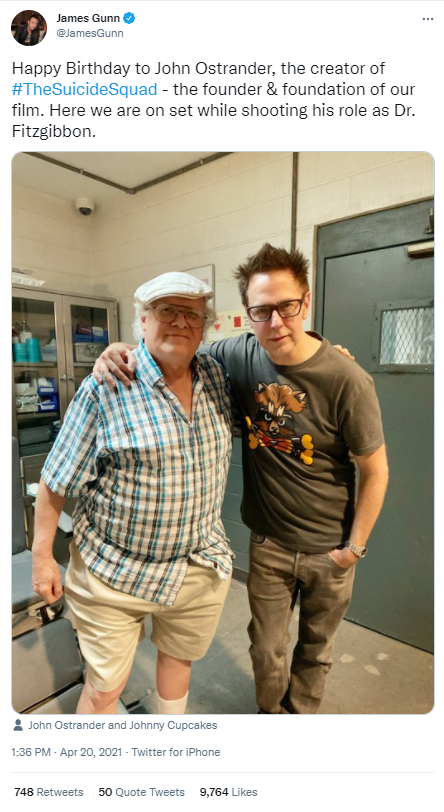 Gunn has also made it quite clear that Ostrander’s run on the Suicide Squad was his biggest influence on the film.

In February he wrote, “Without a doubt, John Ostrander’s Suicide Squad is the biggest influence on the film (along with Aldrich’s The Dirty Dozen). John’s a good actor too, playing Dr. Fitzgibbon in the movie. We had a huge poster of this in our production office while shooting.”

And back in August 2020 he wrote, “The villains I used come from all over DC & from different time periods. However the movie is deeply indebted to John Ostrander’s Suicide Squad run, so I’d start with the 1st collection, Trial by Fire.” 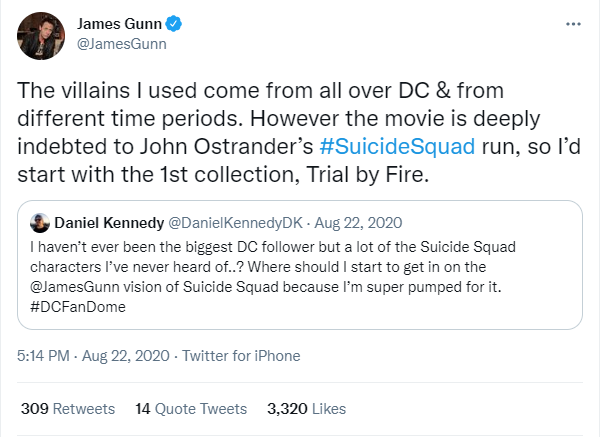 On May 23rd, Ostrander shared an image claiming “everyone should be Antifa.”

The meme reads, “There is no organization called ‘Antifa.’ Antifa stands for anti-fascism. World War II veterans were Antifa because they fought fascism. Anyone who is against fascism is Antifa. There is no membership card. Anyone can be Antifa. Everyone should be Antifa. Antifa.” 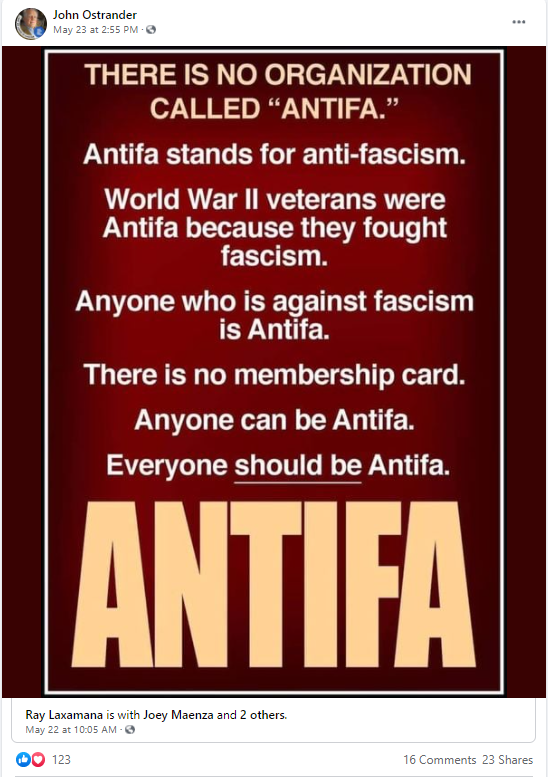 According to a report from Politico, “Federal authorities have been warning state and local officials since early 2016 that leftist extremists known as ‘antifa’ had become increasingly confrontational and dangers, so much so that the Department of Homeland Security formally classified their activities as ‘domestic terrorist violence,’ according to interviews and confidential law enforcement documents.” 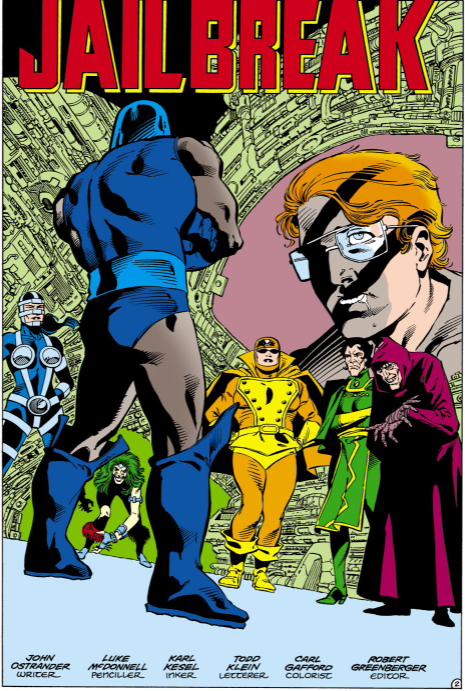 Multiple bills have also been introduced to Congress to classify Antifa as a domestic terrorist organization. However, none of them have passed as of yet.

Senator Bill Cassidy of Louisiana introduced a bill in July 2019 that called “for the designation of Antifa as a domestic terrorist organization.”

Representative Mark E. Green of Tennessee introduced a bill in August 2019 to strongly condemn “the violent actions of Antifa and recognizing that it engages in domestic terrorism.”

More recently on March 26th, Representative Lauren Boebert of Colorado introduced a bill “calling for the designation of Antifa as a domestic terrorist organization.” 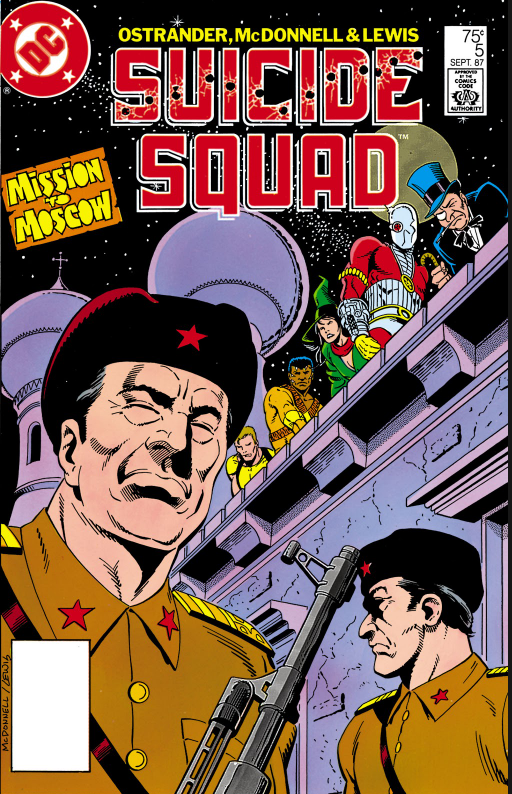 He stated, “The violence instigated and carried out by Antifa and other similar groups in connection with the rioting is domestic terrorism and will be treated accordingly.” 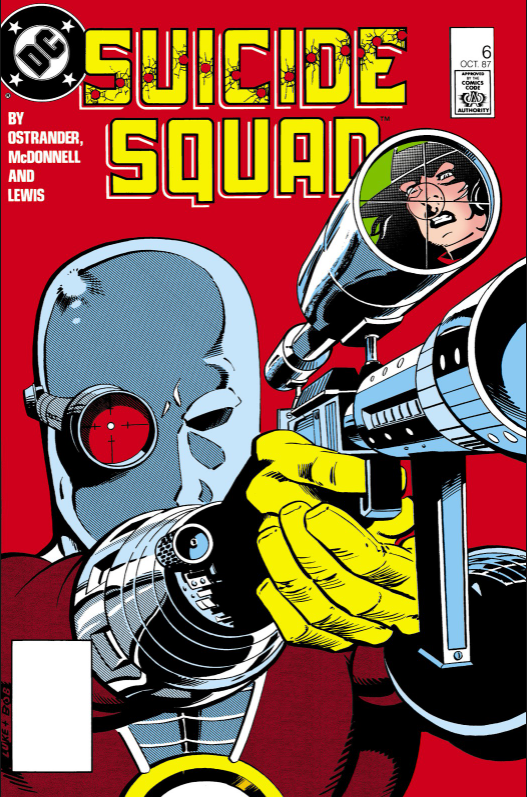 What do you make of Ostrander’s sharing of this pro-Antifa meme?