The Space Jam: A New Legacy critic scores are coming and early indications are that they are terrible.

On Rotten Tomatoes, the Tomatometer currently sits at 36% from 100 reviews.

Wenlei Ma at News.com.au gives the film a 2.5 out of 5. She writes, “It’s hard to not feel like you’ve been swimming in some WB marketing executive’s wet dream for two hours.”

Peter Gray at The AU Review gives the film a 2.5 out of 5. He writes, “Mostly child-friendly fare that proves a colourful, inexplicable distraction that’s unlikely to retain, ironically, any type of legacy for itself.”

Doug Jameieson at The Jam Report gives the film a 2.5 out of 5. He writes, “Splashes of nostalgia and homage can be a wonderful thing, but this sequel rarely takes the time to stand on its own two feet.” 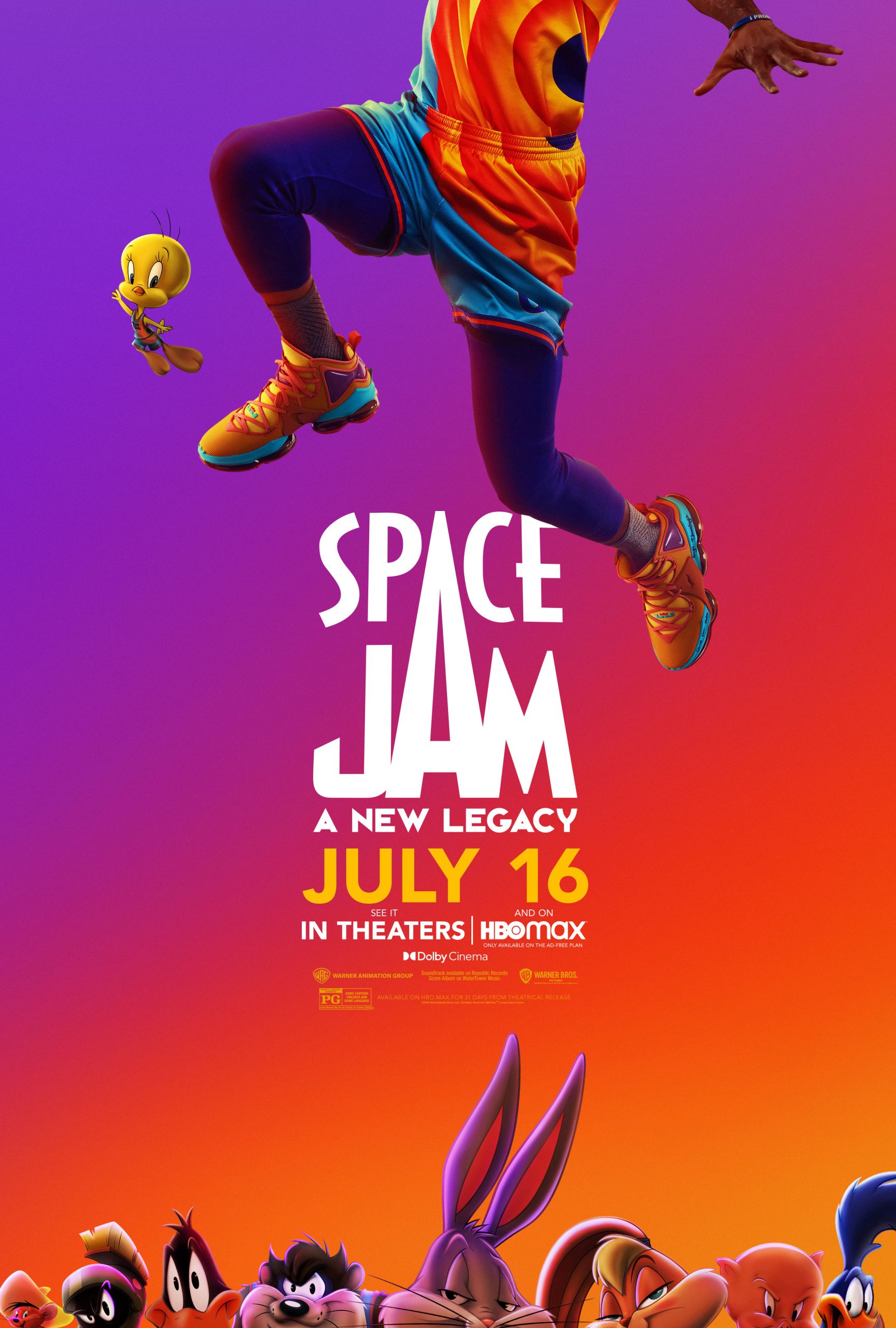 Luke Buckmaster at Flicks.com.au gives the film a rotten review. He writes, “To get to the final message about What Really Matters we are required to sit through the sensational whoop-de-do of the big game, which seems to go on for an eternity.”

Graeme Tuckett at Stuff.co.nz gives the movie a 3.5 out of 5. He writes, “There is a very real sense that Space Jam: A New Legacy is a love-letter to the movies and to the people who make them.”

Anthony Morris at It’s Better in the Dark gives the movie a fresh score. He writes, “It works thanks to a fast moving plot, a decent dynamic between father and son, [Don] Cheadle clearly having a lot of fun, and a final game that, for some reason, has Warners most cartoony bad guys in the audience whether they’re kid-friendly or not.” 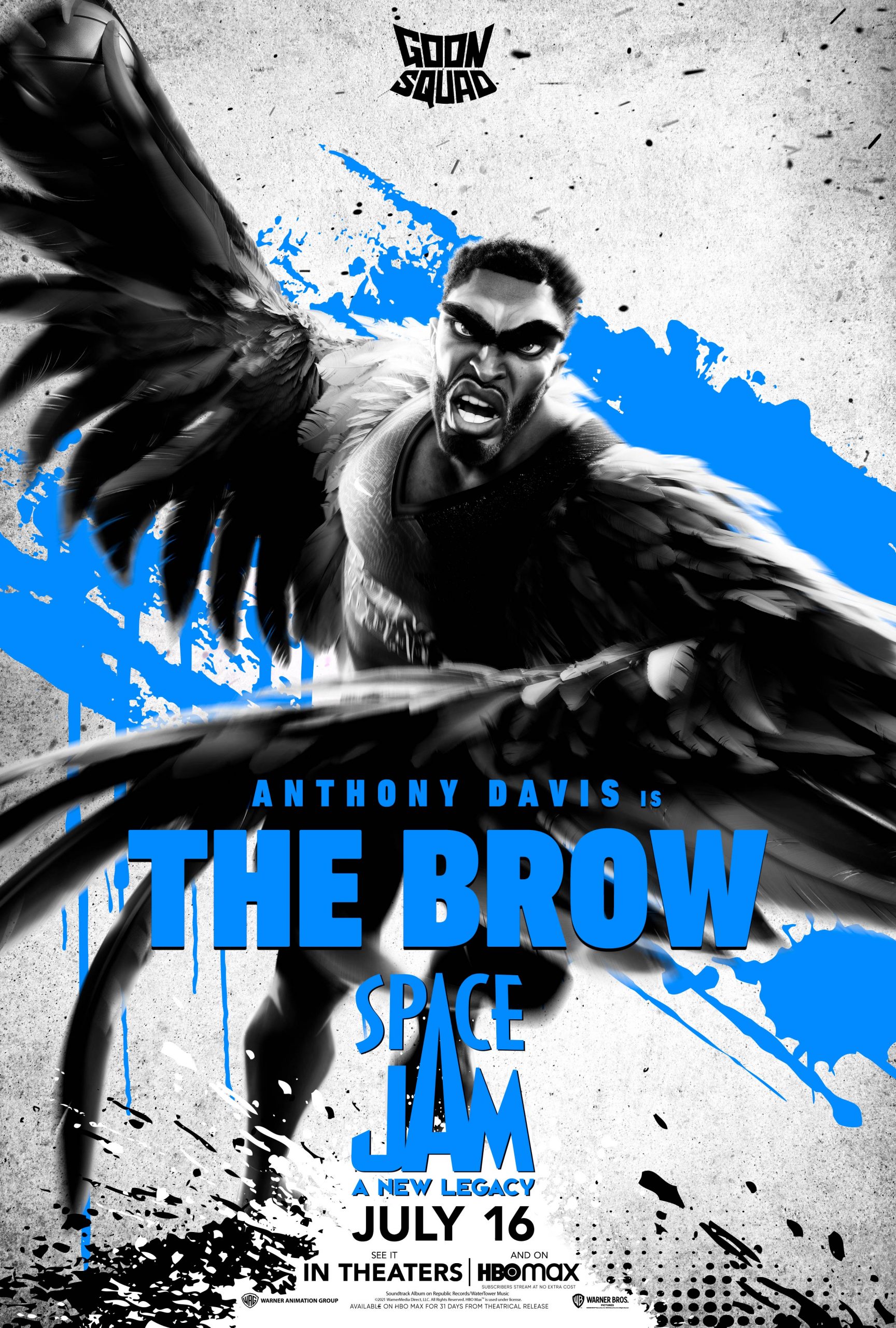 Hagan Osborne at FILMINK (Australia) gives the film a 16 out of 20. He writes, “What is most thrilling about A New Legacy is the liveliness of the worlds created, with each destination carrying with it a varying style of animation that brings with it added freshness.”

Dave Lee at Dave Lee Down Under gives the movie a 4 out of 5. He writes, “An absolute SLAM DUNK! Loaded with Easter eggs, classic Tune gags and a punch of nostalgia, fans of the original will have a blast – while new audiences will be blown away by the modern spectacle (as it moves) in bigger and bolder directions.”

Peter Travers at ABC News gives the film a rotten score. He writes, “Critics will pick on this sequel. It’s what we do when an alleged creative enterprise turns into a corporate ad campaign. Expect no grumbles from the under-13 crowd eager to eyeball LeBron James jamming in cyberspace with cartoon royalty.” 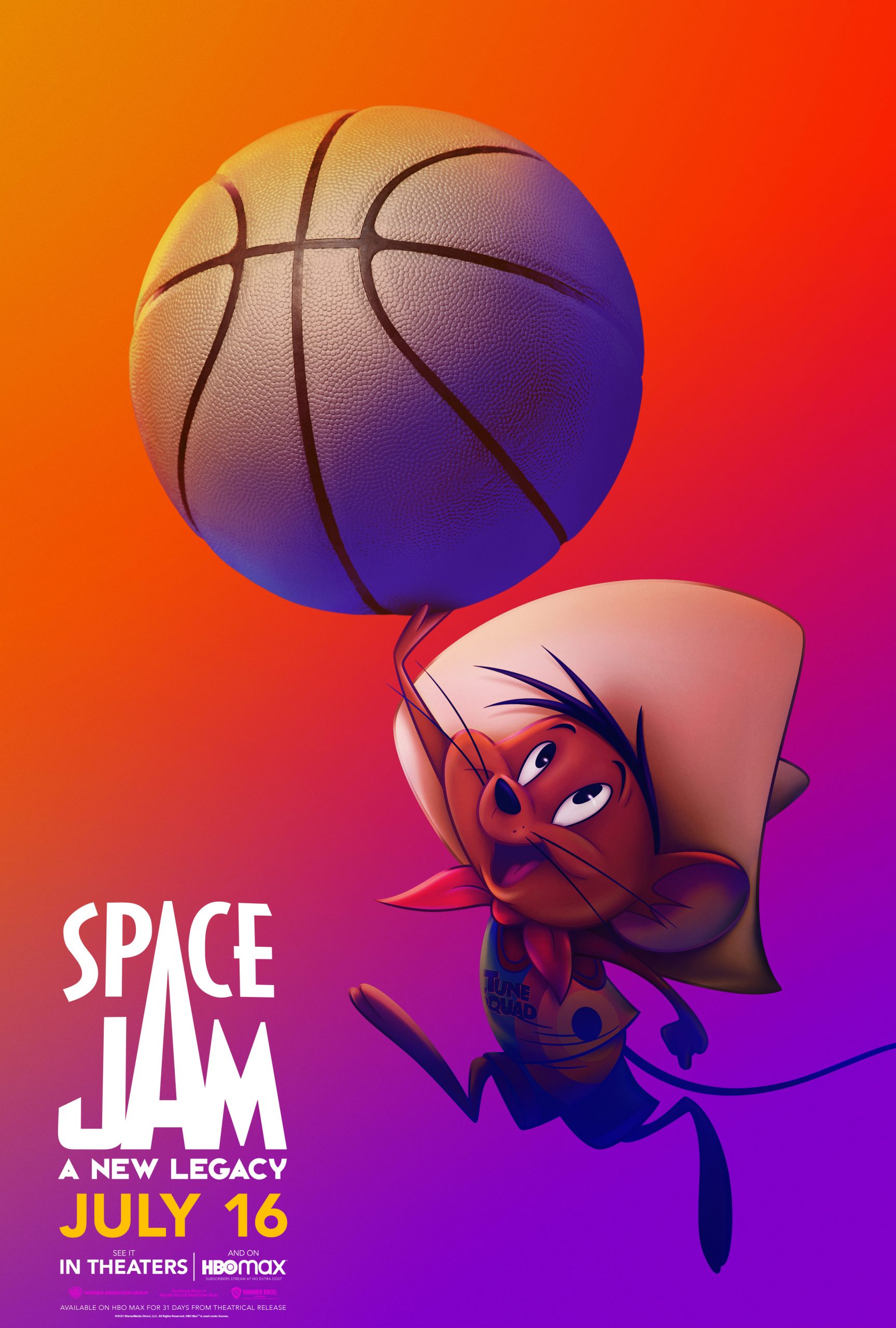 Johnny Oleksinski at the New York Post gives the film a 1 out of 4. He writes, “In the pantheon of misguided sequels and reboots, “A New Legacy” is right up there with “Paul Blart: Mall Cop 2” and “Little Fockers.””

Brian Lowry at CNN gives the film a rotten score. He writes, “The first Space Jam was hardly a classic, which should temper expectations. Yet even by that standard, this marketing-driven exercise too often plays like the Acme version of it.”

Francesca Rivera at IGN Movies gives the film a 7 out of 10. She writes, “The central story about a father and son cuts through the excess, giving Space Jam a heart and a message that encourages staying true to oneself in the pursuit of passion.” 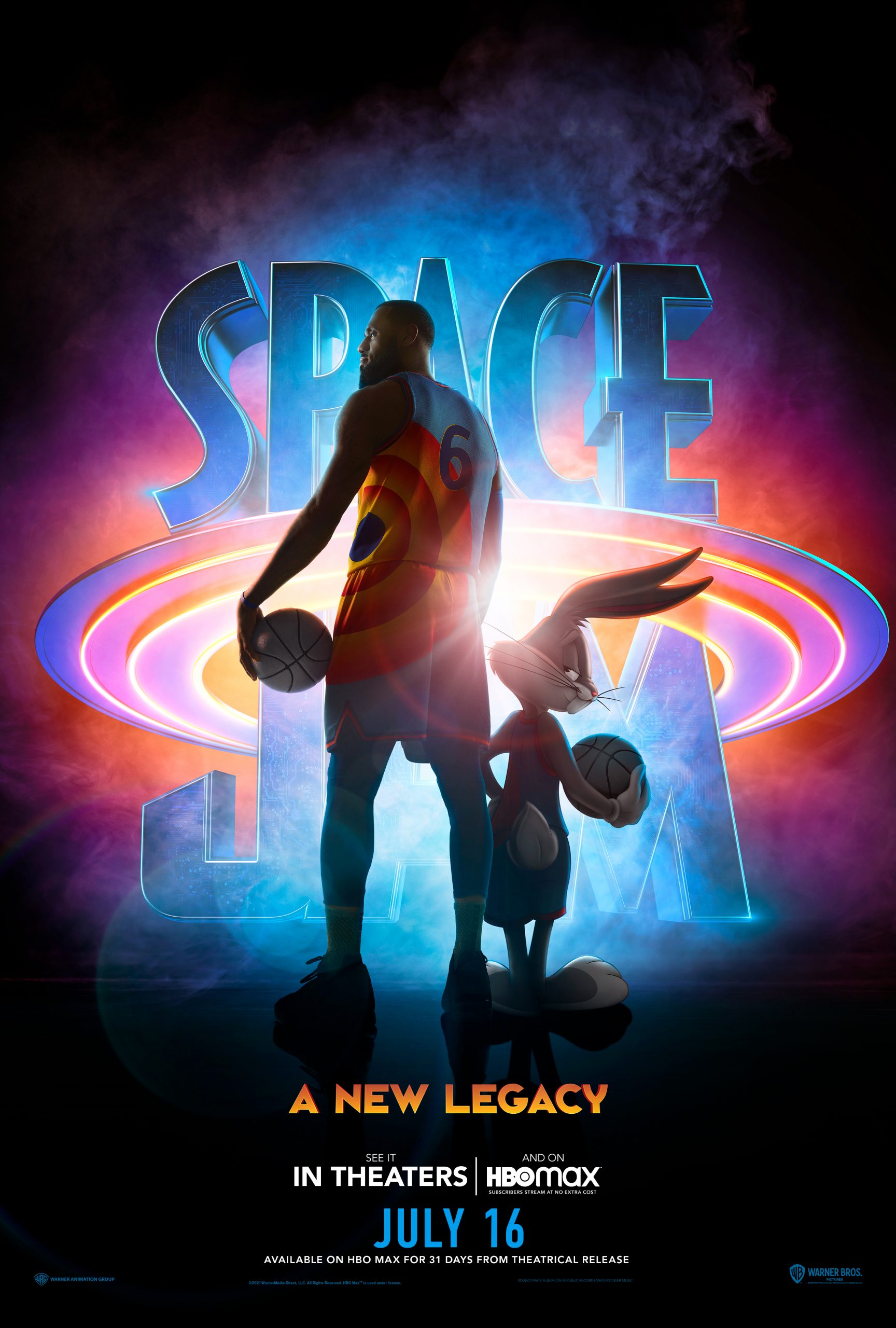 On Metacritic, the Metascore currently sits at 37 from 29 reviews.

Warren Cantrell at The Playlist gives the film an 83. He writes, “This newest “Space Jam” installment is a good time and boasts real heart. LeBron’s steady work as the lead and a narrative undercurrent built on a believable father-son relationship makes for a breezy 115 minutes and improves on the harmless, yet admittedly stiff original. And while LeBron might not be in the Finals right now, he has definitely scored a win here.”

Nell Minow at RogerEbert.com gives the film a 75. Minow writes, “There may be a big, corporate, algorithm-like formula deciding that a quarter-century later it’s time for another Space Jam, but it’s good to see that the insouciant anarchy of Termite Terrace is still pure, unrepentant id.”

Amy Nicholson at Variety gives the movie a 60. She writes, “Space Jam: A New Legacy is chaotic, rainbow sprinkle-colored nonsense that, unlike the original, manages to hold together as a movie.” 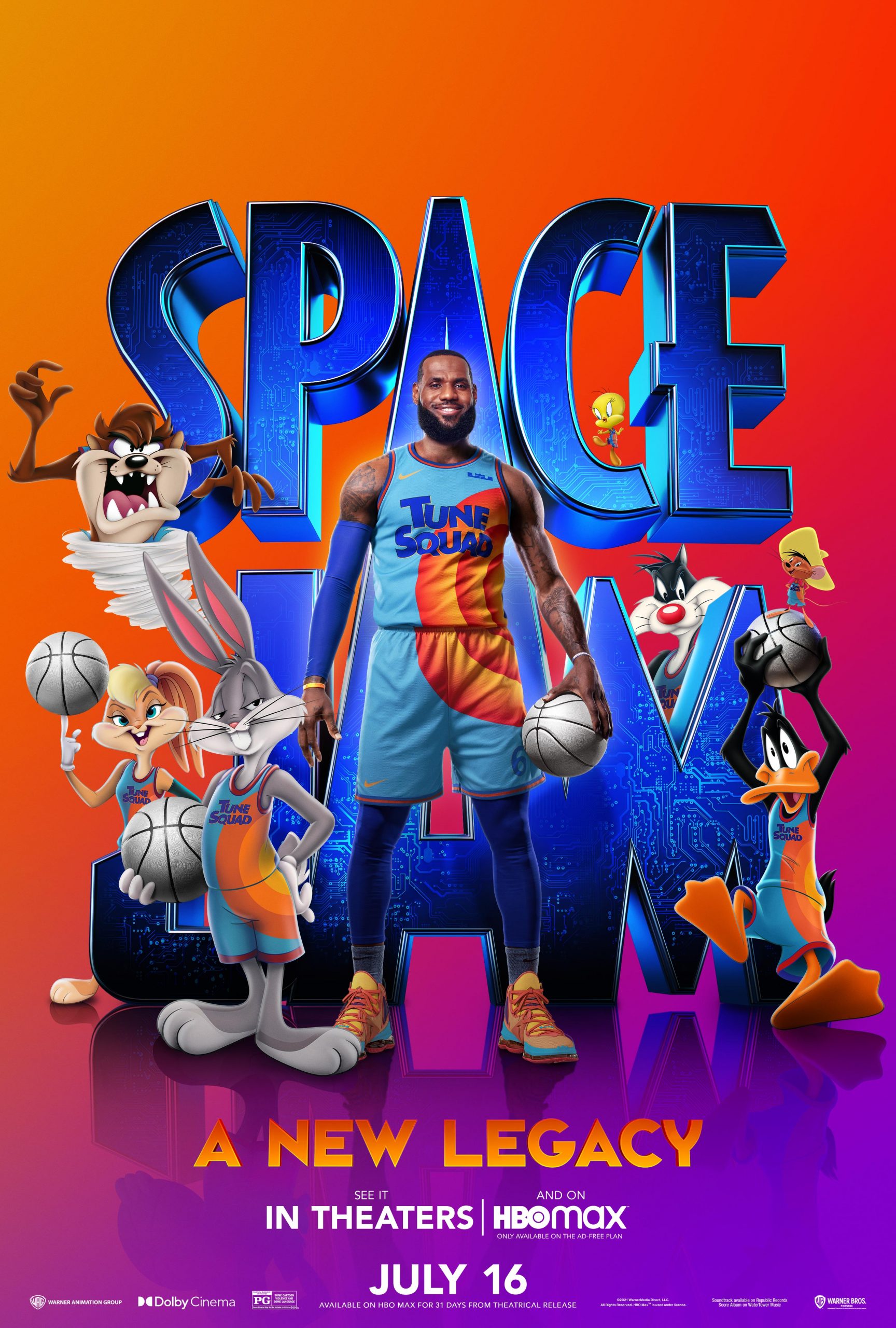 Kristen Page-Kirby at The Washington Post gives the film a 50. She writes, “If this is corporate synergy fired up to a terrifying new level, there’s still enough heart at the movie’s center to keep it from becoming all business.”

G. Allen Johnson at the San Francisco Chronicle gives the movie a 50. Johnson writes, “The original Space Jam was an out-of-nowhere delight, and Jordan gave space to his fellow live action co-stars, such as Bill Murray, Larry Bird and Wayne Knight. It was also in and out in 87 minutes; Space Jam: A New Legacy, directed by a good filmmaker, Malcolm D. Lee (Girls Trip, The Best Man), is a bloated 115 minutes, its mayhem and madness wearing pretty thin as it goes along.”

Brian Truitt at USA Today gives the movie a 50. He writes, “The new edition is comparatively an air ball: It’s less a family-friendly film with a hoops legend and more a crassly referential love letter to all things Warner Bros.” 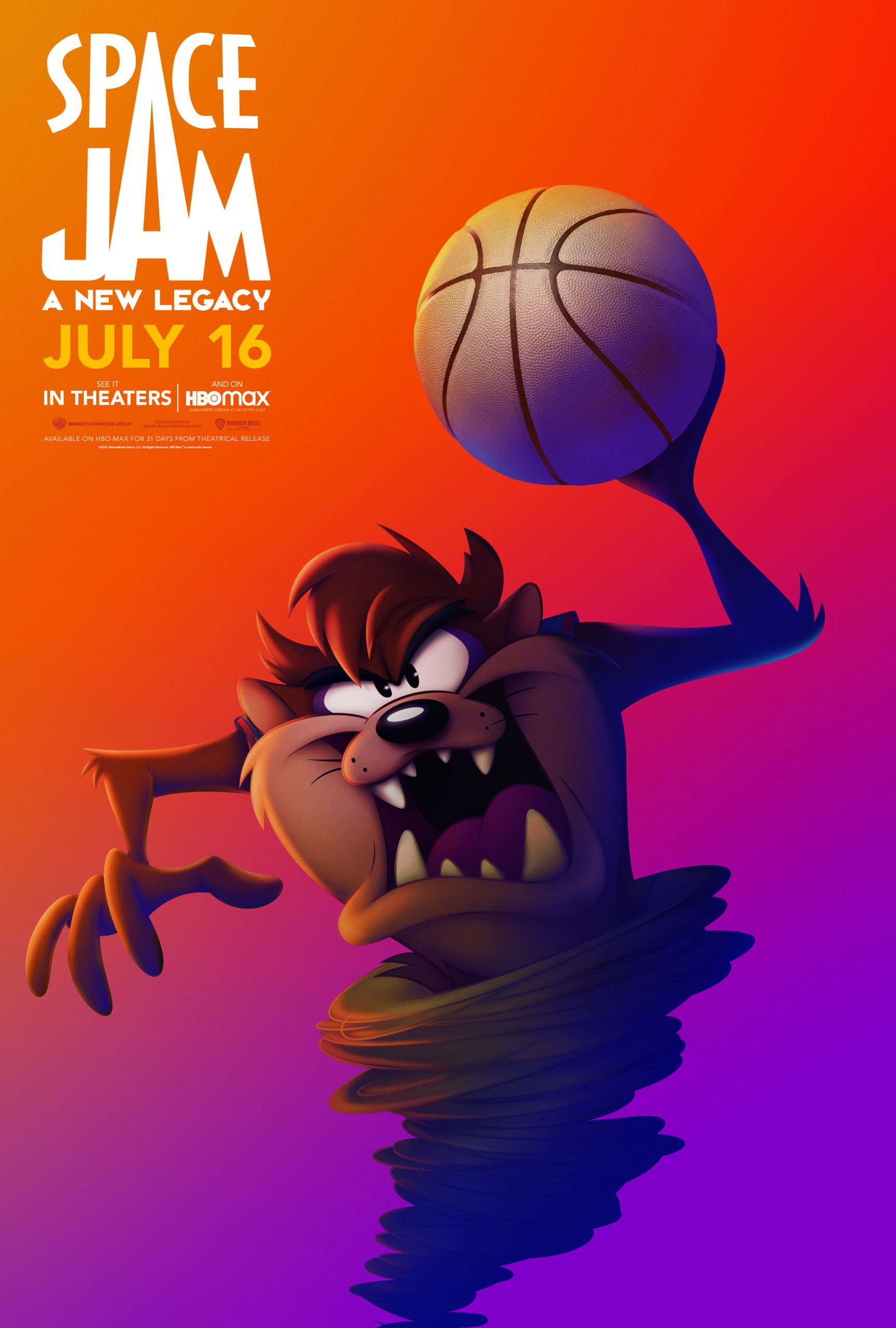 Kate Erbland at IndieWire gives the movie a 33. She writes, “Space Jam: A New Legacy is as relentlessly odd as its predecessor, but its even giddier interest in corporate synergy turns it into a far more cynical outing. It will sell so many plush toys.”

Frank Scheck at The Hollywood Reporter gives the movie a 30. He writes, “The animation, consisting of both traditional 2D and CGI, is impressive, and there’s certainly a lot of it. But it never feels as joyful as you’d hope, too often coming across like corporate machination than inspired imagination.” 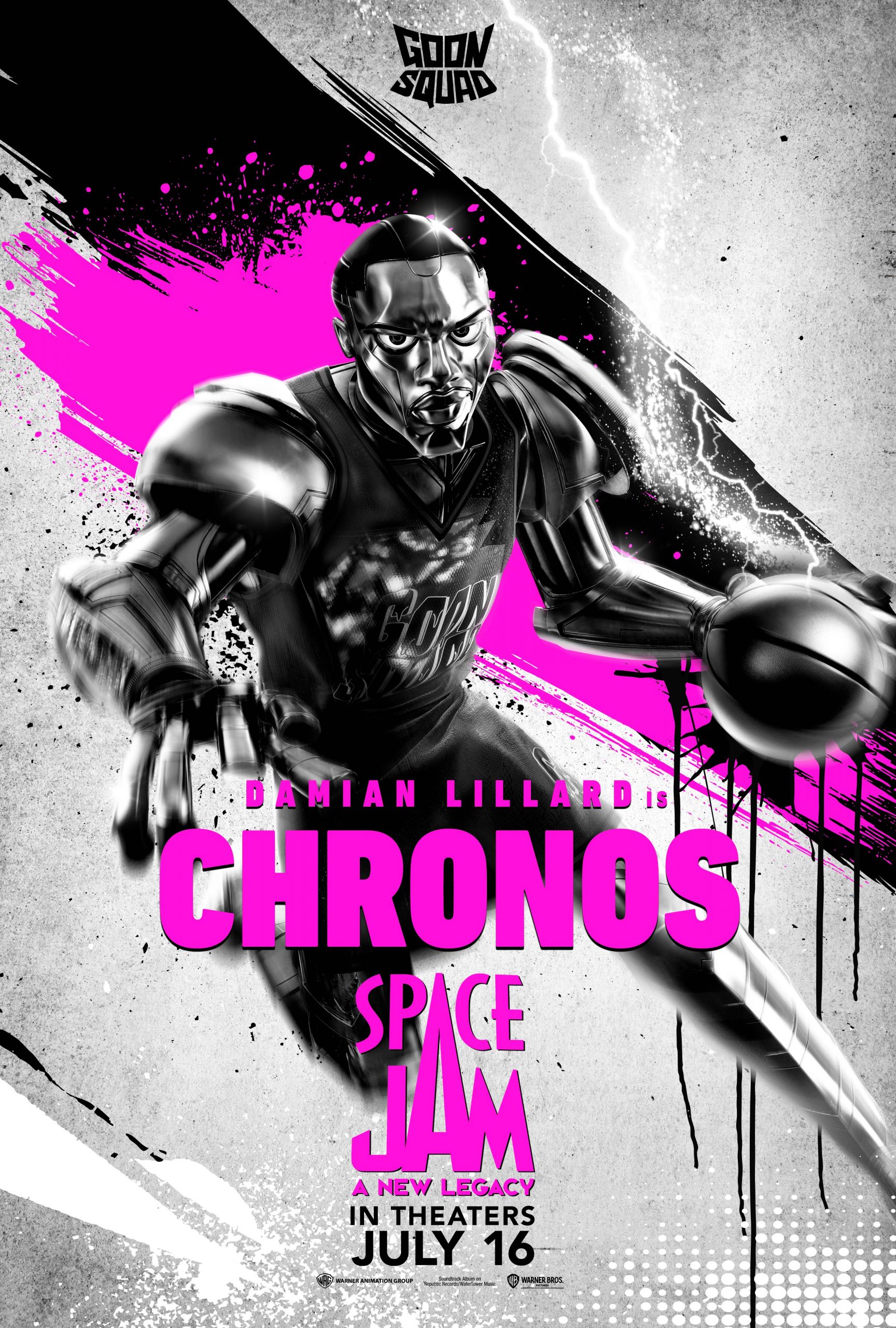 Alonso Duralde at TheWrap gives the movie a 25. He writes, “Viewers who, for whatever reason, love the first “Space Jam” may well find themselves delighted all over again, but as a once-in-a-lifetime opportunity to plunge a beloved sports figure into a century’s worth of pop culture iconography, “A New Legacy” is a big fat airball.”

Josh Spiegel at /Film gives the movie a 20. He writes, “Space Jam: A New Legacy, both in its cravenly cynical development and release, is not a surprising film. The marketing didn’t lie. This movie is exactly what it looks like. And it’s a grim glimpse at a potential future of mainstream filmmaking. No thanks.”

Justin Chang at the Los Angeles Times gives the movie a 20. He writes, “The movie is just a big, empty declaration of corporate dominance, a whirling CGI tornado that — like a much stupider Tasmanian Devil — ingests, barely processes and then promptly regurgitates everything in its path. It’s Upchuck Jones.”

Charles Bramesco at The Guardian gives the movie a 20. He writes, “The core issues of the film – its numbing swirls of rainbow light popping out every which way, the excruciating pop-culture catchphrases passed off as humor, LeBron’s stilted, if game, acting, the half-assedness with which it delivers the dusty moral to be yourself, the fact that it is unaccountably one half-hour longer than its predecessor – all seem minor in comparison with the insidious ulterior intentions that power this fandom dynamo.” 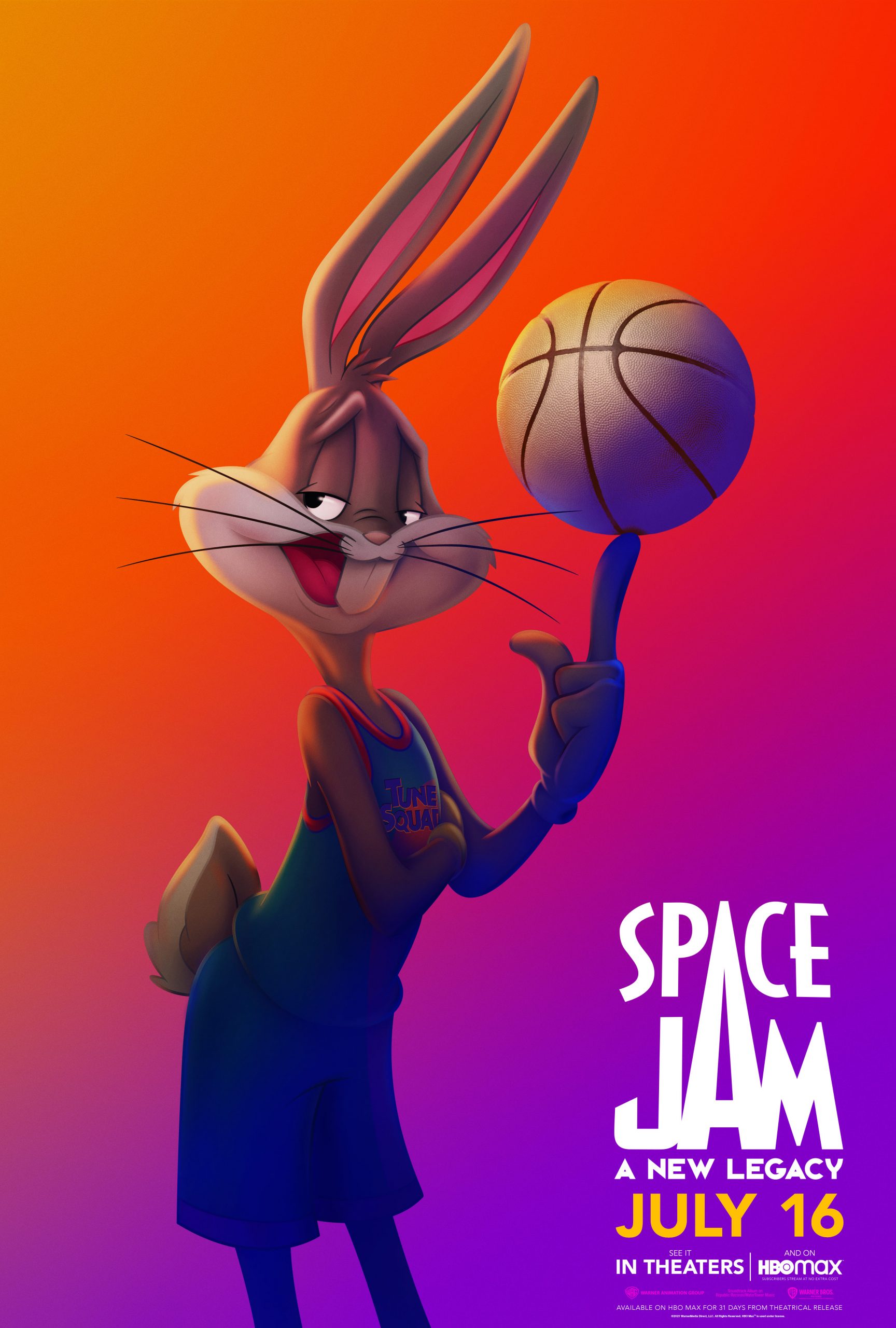 What do you make of these critic scores and reviews? Do they sway you one way or the other on whether or not you will see Space Jam: A New Legacy?