Gina Carano, the actress behind The Mandalorian’s Cara Dune and Deadpool’s Angel Dust, called on people to speak out against government lockdowns in response to new variants of Covid-19.

Carano took to Twitter where she wrote, “The best time to have spoken up about these draconian lockdowns would have been when they locked us down.”

The best time to have spoken up about these draconian lockdowns would have been when they locked us down.

The second best time would’ve been ANYTIME since they locked us down.

The third best time would be… NOW.

Don’t let this go on. https://t.co/yWfn3DihJe

This isn’t the first time Carano has signaled against lockdowns. Earlier this month, she shared a number of clapping emojis in response to an article from US News detailing that Spain’s top court ruled pandemic lockdowns unconstitutional. 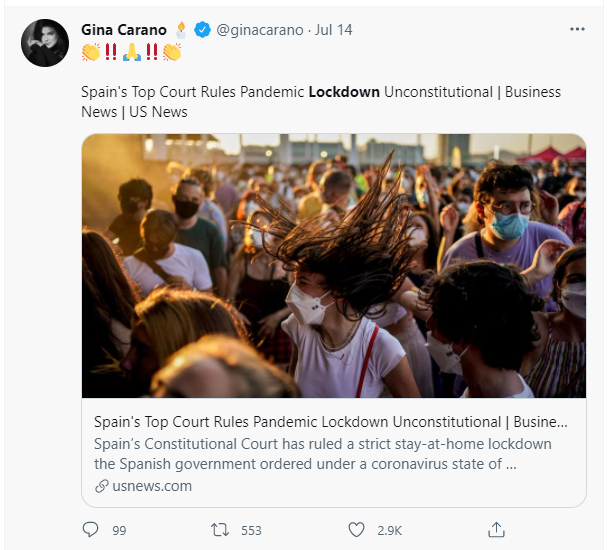 Back in October 2020, Carano spoke out against lockdowns preventing family from visiting their relatives in Nevada hospitals.

She wrote, “I request to restore the freedom to visit our loved ones during their stay at the #Nevada hospitals. We will abide by new regulations but patients MUST be allowed a family member with them during these times.” 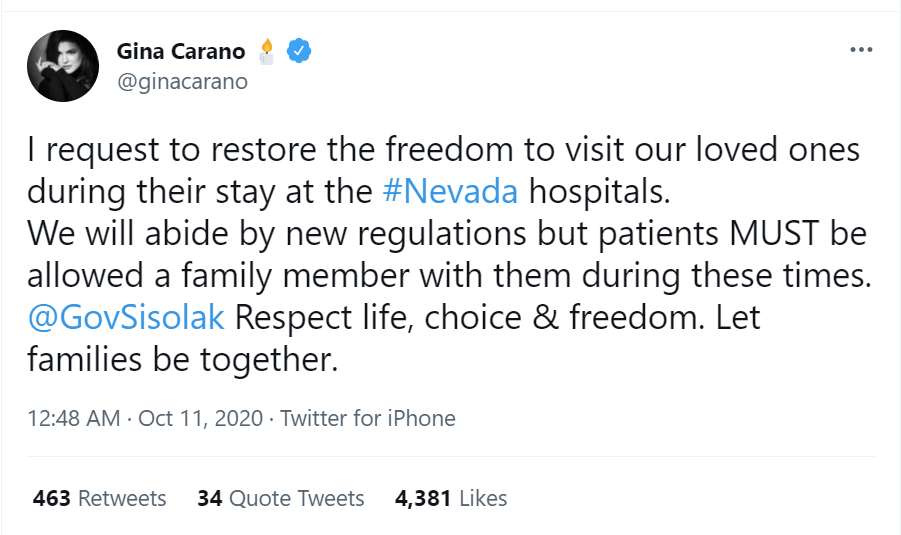 In a subsequent tweet Carano responded to a Twitter user claiming hospital patients were allowed to have visitors , but then simultaneously claimed keeping people out was how healthcare workers were preventing the virus from spreading. 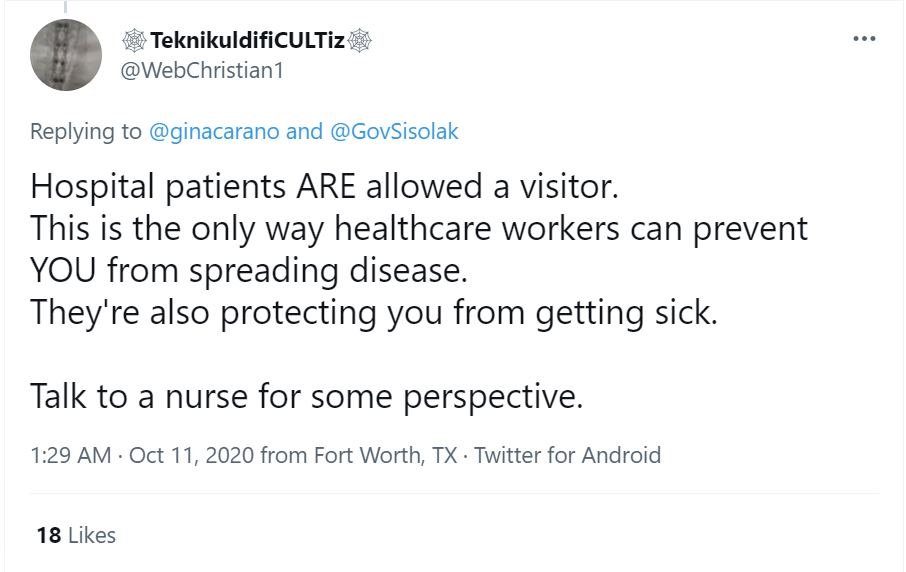 Carano tweeted, “NO they AREN’T in Nevada. I have a loved one in a hospital right now, we cannot visit. He doesn’t have covid & he NEEDS family around.”

“One visitor is all we are asking. People aren’t going into hospitals because they are afraid of this. This is WRONG. Covid free or not. SPEAK UP!” 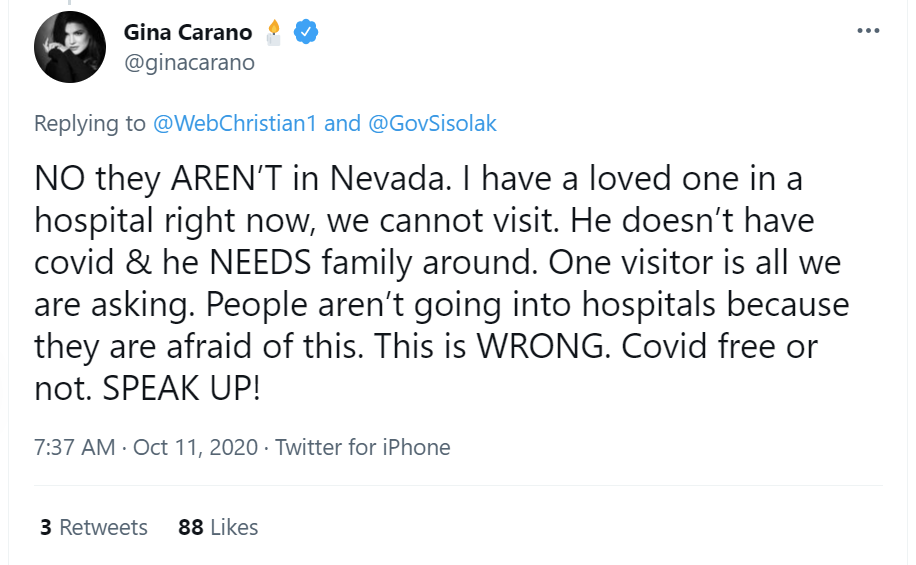 In September 2020, Carano also called for businesses and churches to open up.

She wrote, “Open up your businesses & churches. Put whatever regulations you want to because that is your right but open them up.” 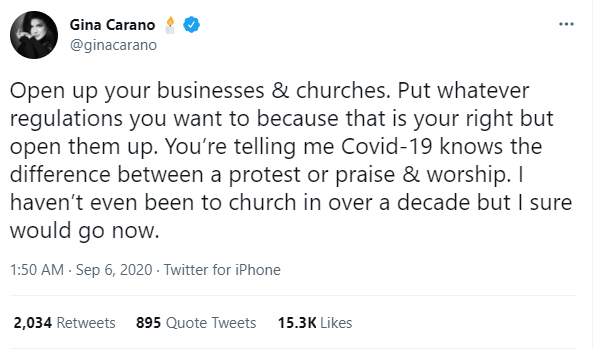 Do you agree with Carano?