Details have been announced for Gina Carano’s next project after she was disgustingly fired by Disney from The Mandalorian via a press statement.

Wiseman details that Carano will play a “traumatized woman who hires a long-hauler to track down an infamous serial killer” in an adaptation of Eric Red’s White Knuckle: Blutiger Highway novel.

The official description on Barnes & Noble reads, “On the highways, a serial killer has been killing his female victims unmolested for decades, leaving a trail of blood and tears. Known by the CB nickname WHITE KNUCKLE, the trucker who kills with perverted lust has hundreds of women cruelly murdered and their bodies buried across the country, but young FBI agent Sharon Ormsby is on his heels to stop him.”

It concludes, “Undercover, at the side of an experienced trucker, she hunts the killer in his eighteen-wheeled monster. That means one thing above all: a tough showdown on the highway!” 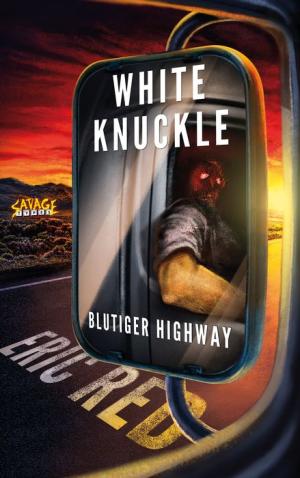 Red known for writing the films The Hitcher, Near Dark, and Blue Steel, will also be penning the screenplay for the film.

Not only will Carano be starring in the film, she will also be producing it. Joining her on the production team are Dallas Sonnier and Amanda Presmyk of Bonfire Legend as well as former Fangoria editor Tony Timpone.

Carano told Deadline about the film, “I’m completely ignited to be creating this thriller with The Daily Wire and Bonfire Legend. I feel I am exactly where I want and need to be at this moment in my life; it feels as if I have wings.”

The actress appeared to tease the film’s announcement posting a picture to Twitter of a long highway early on the morning of August 12th. 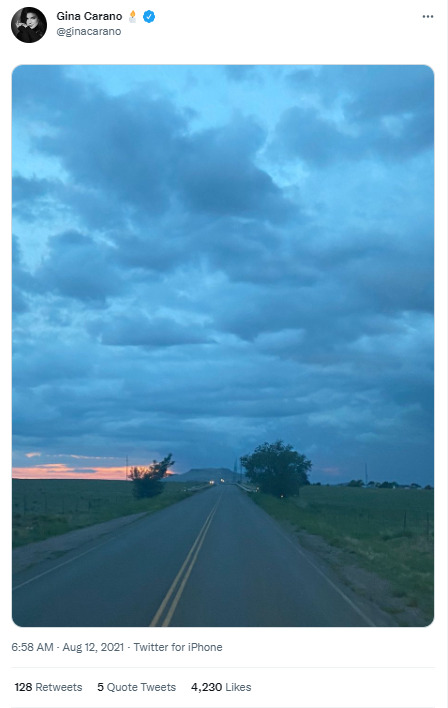 Related: Watch Gina Carano Effortlessly Knock Down Some Targets With A Sig Sauer

The film is expected to film in Tennessee, Utah, and Montana sometime in October.

It is expected to be released in the first quarter of 2022, where it will exclusively stream on The Daily Wire’s website for the publication’s members.

What do you make of this new project? Do you plan on checking out Carano’s new project when it arrives on The Daily Wire?