Shang-Chi producer Jonathan Schwartz recently explained why Marvel Studios decided to change the Ten Rings into bracelets for the film.

Fans of the comics will know that the Iron Man villain the Mandarin is typically associated with the Ten Rings.

In Tales of Suspense #62 written by Stan Lee and drawn by Don Heck with inks by Dick Ayers, Stan tells the origin of the Mandarin and how he acquires the Ten Rings. 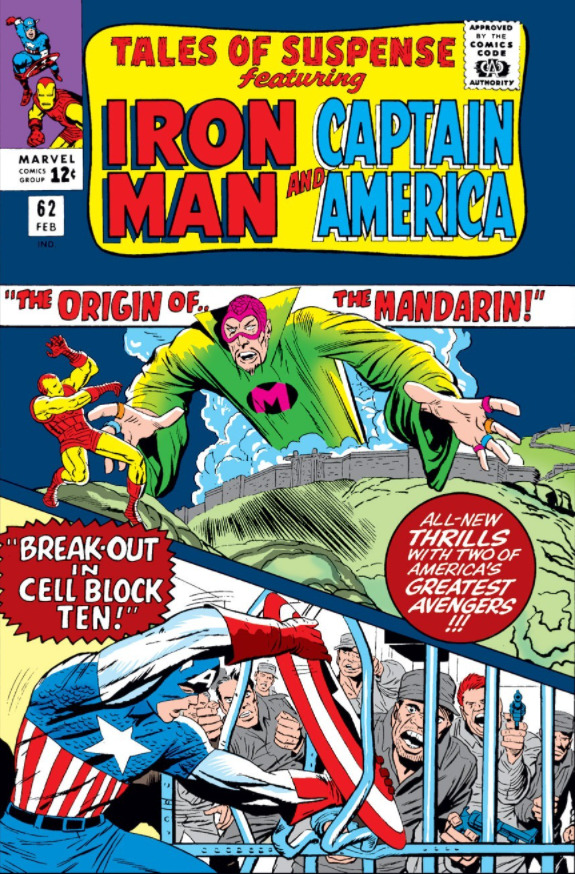 After being tossed out of his home by the government for not paying taxes, the Mandarin uncovers a spaceship that has crash landed in “the dreaded Valley of Spirits.”

Within the spaceship he learns about the dragon-like being known as Axonn-Karr from the planet Maklu-4 and his adventures across different planets in the cosmos.

Not only does he learn of Axonn-Karr’s adventures but he also discovers the source of the ship’s power, “within ten small rings, were gems which contained unlimited energy!”

After discovering the rings, he would begins a lengthy study of them and everything else he discovered on Axonn-Karr’s shipuntil he mastered the rings and was able to use them to begin his conquest and the subjugation of the nearby villages. 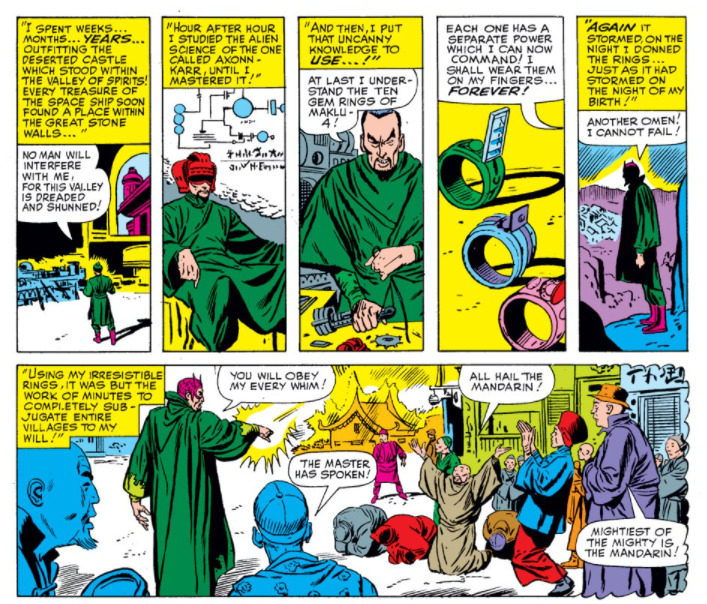 Clearly, the ten rings will not be actual rings in Shang-Chi and the Legend of the Ten Rings, but rather they are more similar to bracelets, bangles, or arm bands.

One of the film’s producers Jonathan Schwartz explained why they decided to change the rings into these much larger arm band-like objects.

He told The Direct that they made the changes because they may have “been a little bit” too similar to the Infinity Stones acquired by Thanos and placed in the Infinity Gauntlet and that the production team thought “finger rings were going look a little goofy.”

He further elaborated, “You know, it may have been a little bit of that, but I think it may just be, there was a little bit of, we sort of felt like the finger rings were going to look a little goofy in practice. And a little bit of leaning into the genre elements. How do we make that come together?”

So, instead of the original finger rings from the comics, Schwartz said he found inspiration from a film called The 36th Chamber of Shaolin and its Hun Gar Iron Rings.

Schwartz explained how they came to the decision, “And so, one day we were watching a movie in the writer’s room, me, Destin, and Dave, called The 36th Chamber of Shaolin , which starts with a kung fu training montage, using many weapons, one of which had these Hung Gar Iron Rings, which are a traditional Kung Fu weapon. You may remember them from Kung Fu Hustle, where they’re very prominent.”

“Destin looked at those rings and said ‘we should just do that for the Rings.’ And he was 100% right, and it was unique and so cool, it just felt like sort of the right thing to snap the movie into focus,” he added.

Source: The 36th Chamber of Shaolin

According to Enso Martial Arts, Hun Gar Iron Rings or Kung Fu Iron Rings were “made famous around the world in films such as Drunken Master and Kung Fu Hustle.”

The rings are worn around the wrists to help “build up arm strength, develop your movement, and footwork and relaxation.”

What do you make of this explanation for why they decided to nix the original finger rings? Do you think the rings they’ve shown in the trailers do the Kung Fu Iron Rings justice?