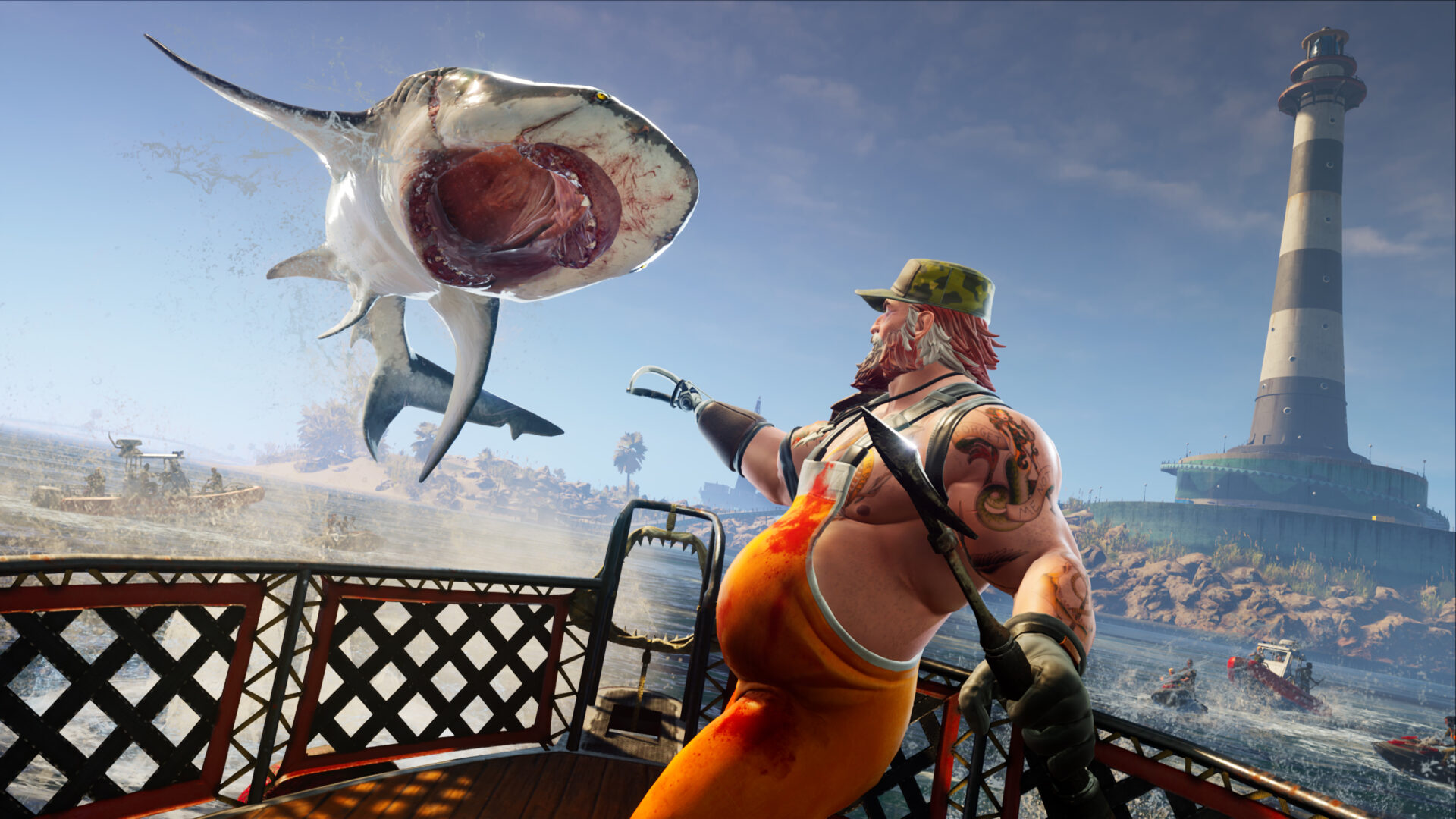 He tweeted, “Proud of #USSupremeCourt affirming the Texas law banning abortion for babies with a heartbeat.”

“As an entertainer I don’t get political often. Yet with so many vocal peers on the other side of this issue, I felt it was important to go on the record as a pro-life game developer,” he added. 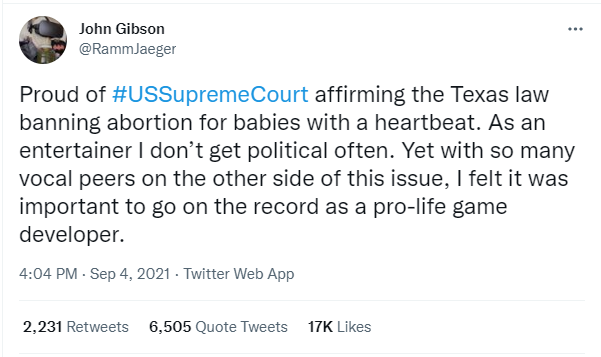 Related: Tripwire Games President John Gibson Steps Down After Being Denounced By Mainstream Video Game Industry For His Support Of Texas Heartbeat Act

Gibson received significant backlash from his peers in the video game industry including God of War director Cory Balrog.

Balrog tweeted, “jesus f***, man. really? you are all about this f***ed texas bounty law that pushes us closer to some kind of Gilead dystopian religious state?”

He added, “really??? I mean what the f***, man. seriously, how can anyone be proud of claiming dominion over a woman’s personal freedoms?” 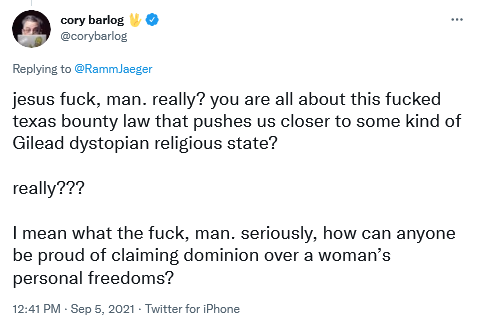 Following this backlash, Tripwire Interactive, who makes Killing Floor, Rising Storm 2: Vietnam, and Maneater: Truth Quest released a statement claiming that Gibson stepped down and they had announced Alan Wilson as their new interim CEO.

The statement began, “The comments given by John Gibson are of his own opinion, and do not reflect those of Tripwire Interactive as a company. His comments disregarded the values of our whole team, our partners and much of our broader community. Our leadership at Tripwire are deeply sorry and are unified in our commitment to take swift action and to foster a more positive environment.”

It continued, “Effective immediately, John Gibson has stepped down as CEO of Tripwire Interactive. Co-founding member and current Vice President Alan Wilson, will take over as interim CEO. Alan has been with the company since its formation in 2005 and is an active lead in both the studio’s business and developmental affairs.”

“Alan will work with the rest of the Tripwire leadership team to take steps with employees and partners to address their concerns with Tripwire leadership and all employees. His understanding of both the company’s culture and the creative vision of our games will carry the team through this transition, with full support from the other Tripwire leaders.” 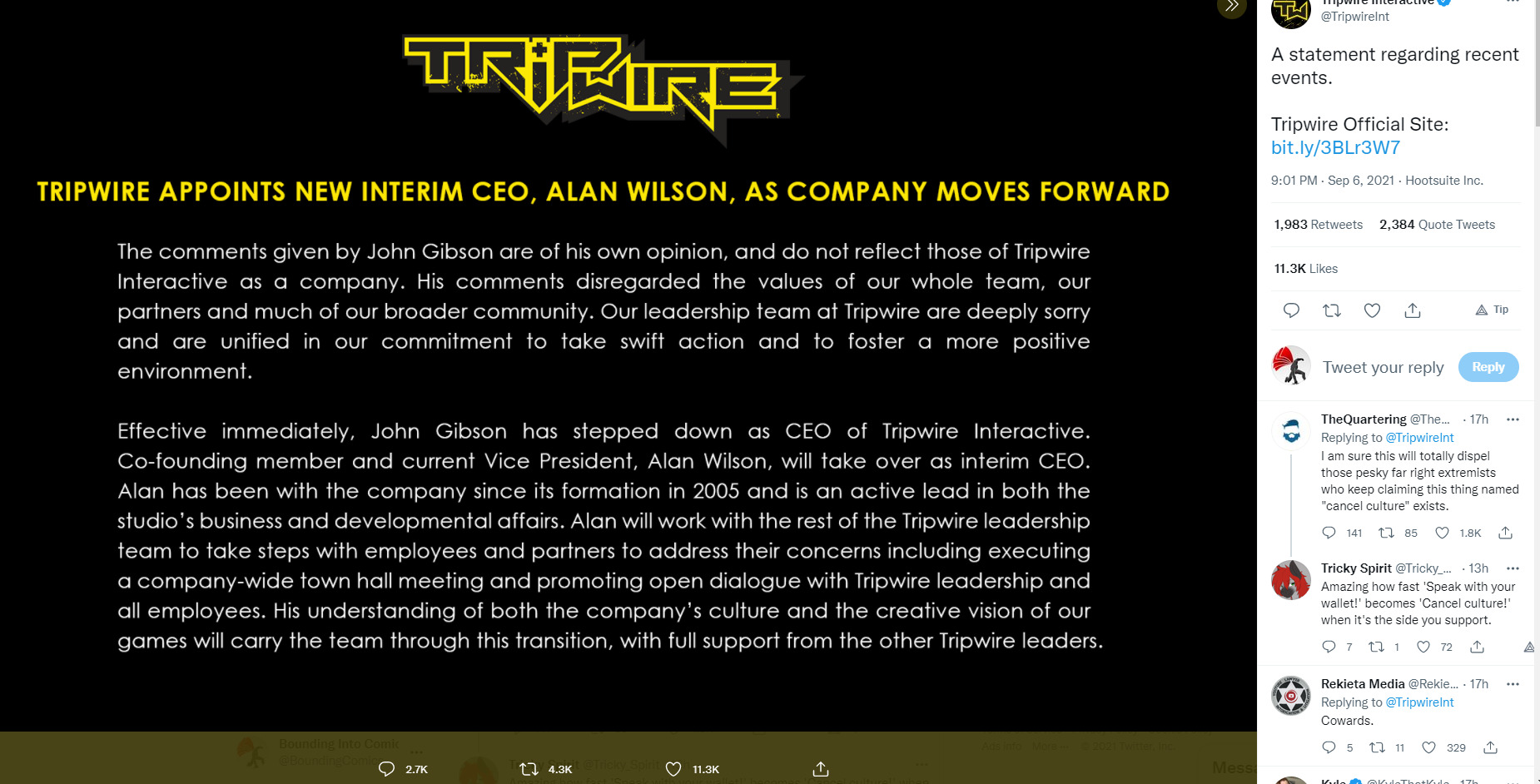 Following this statement, Babylon Bee CEO Seth Dillon published an open letter inquiring about the decision of John Gibson to step down from the company.

Dillon prefaced his open letter tweeting, “I’ve submitted a press inquiry to the game development company that fired their CEO for being pro-life.” He then shared a screen shot of the inquiry.

It begins, “Dear cowardly clowns, We’re writing a piece about how you’re all a bunch of clowns and cowards who cancel people who disagree with you. Do you have any clownish comments you’d like us to include in our piece about how cowardly and uncannily clown-like you are?” 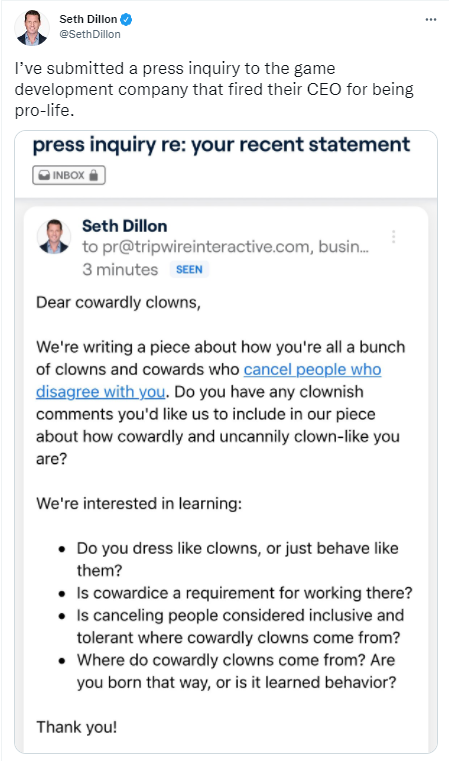 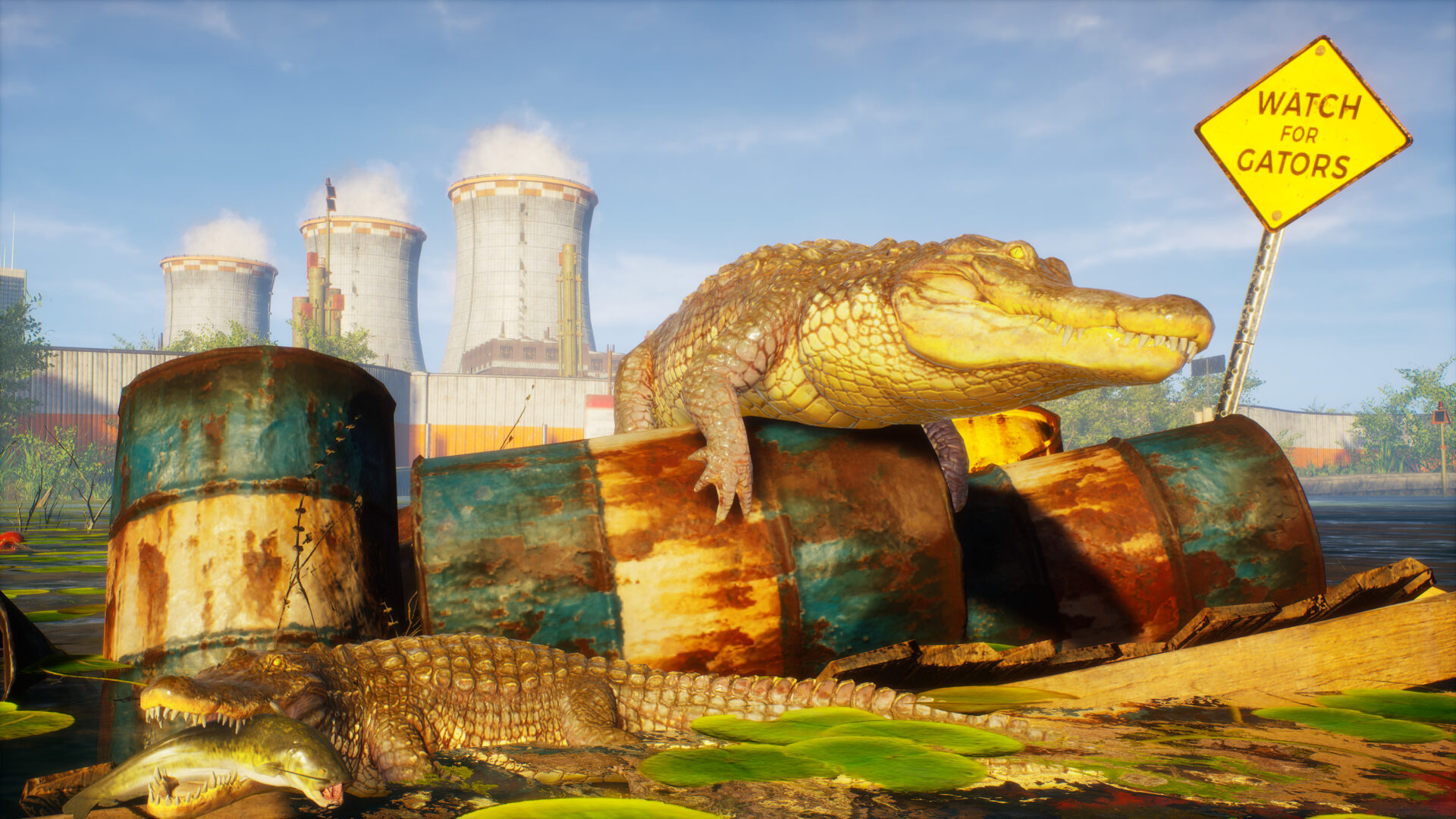 What do you make of Seth Dillon’s open letter to Tripwire Interactive?