A bit of pandemic-related humor found in Superman vs Lobo – made at the expense of one of the book’s title heroes – is causing quite a stir. 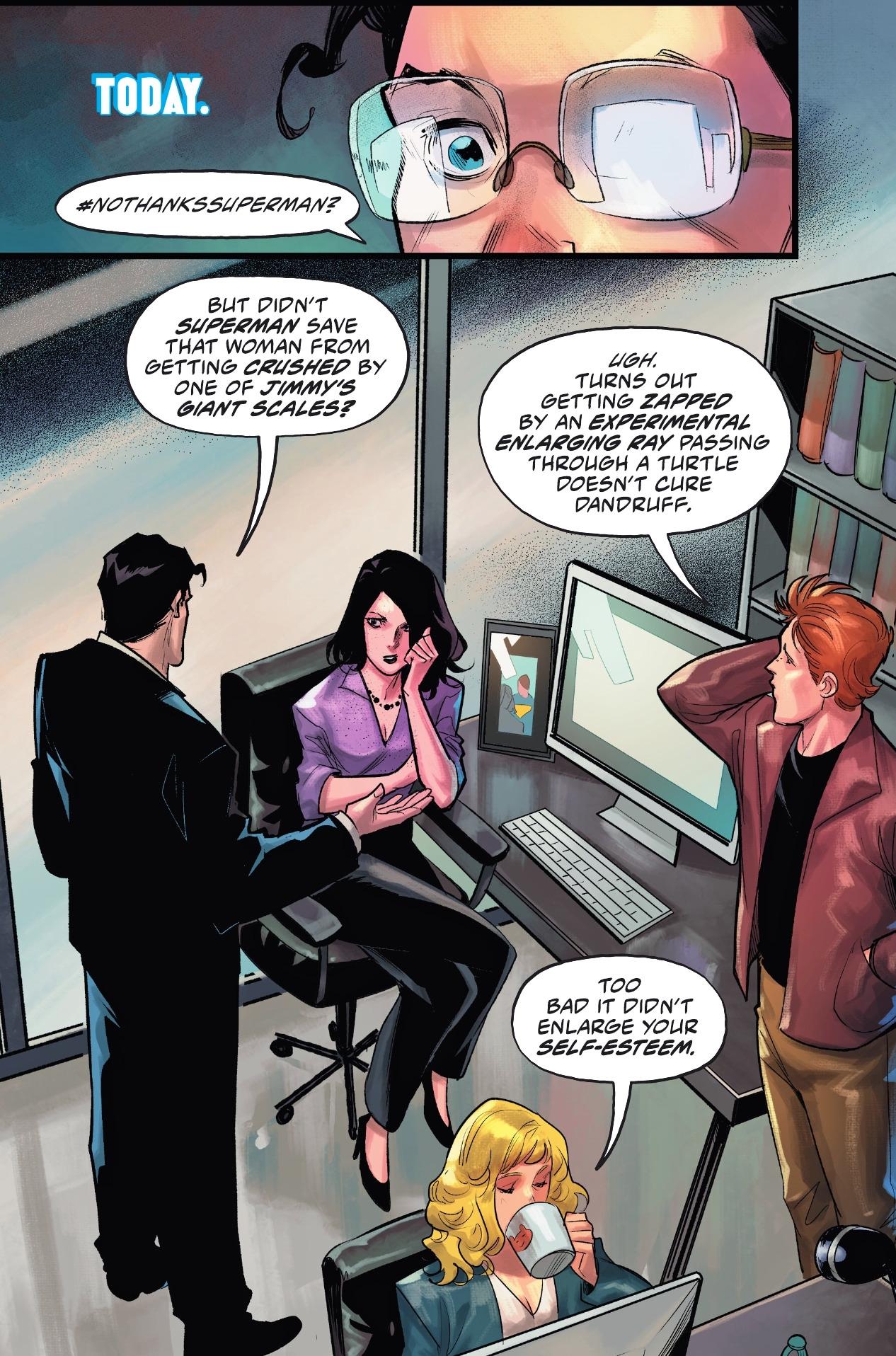 Taking a jab (pun slightly intended) at people who aren’t yet vaccinated against COVID-19, as well as those who outright oppose the vaccine, the issue sees a number of people taking to social media to voice their displeasure with being saved by Superman.

Represented by a trio of disgruntled women, the phenomenon sparks the widespread use of the hashtag #NoThanksSuperman, which begins to hurt the Man of Steel’s stellar reputation. 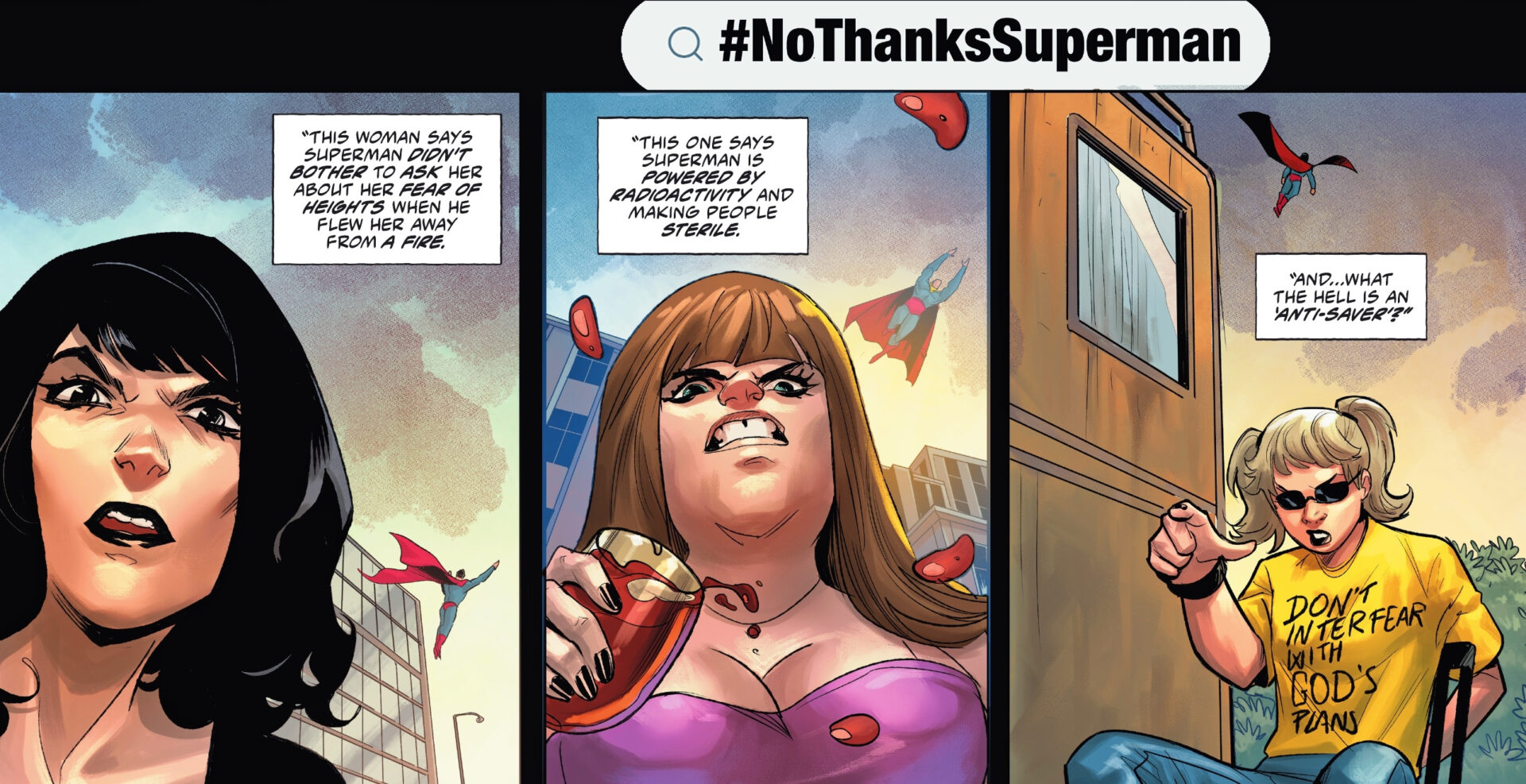 The idea of people not wanting to be saved by a superhero is nothing new –  after all, the beginning of Pixar’s The Incredibles sees Mr. Incredible and other superheroes facing various lawsuits from citizens they saved from harm and danger, ultimately forcing the government to put the heroes into hiding.

As for Superman vs Lobo #1, this attempt to turn the people against Superman turns out to be nothing more than a ploy by the crafty Lobo, who created “Karenbots” to cancel his rival last remaining son of a dead world. In the end, it’s up to Lois to set things right through her vlog, “Stay In Your Lane.” 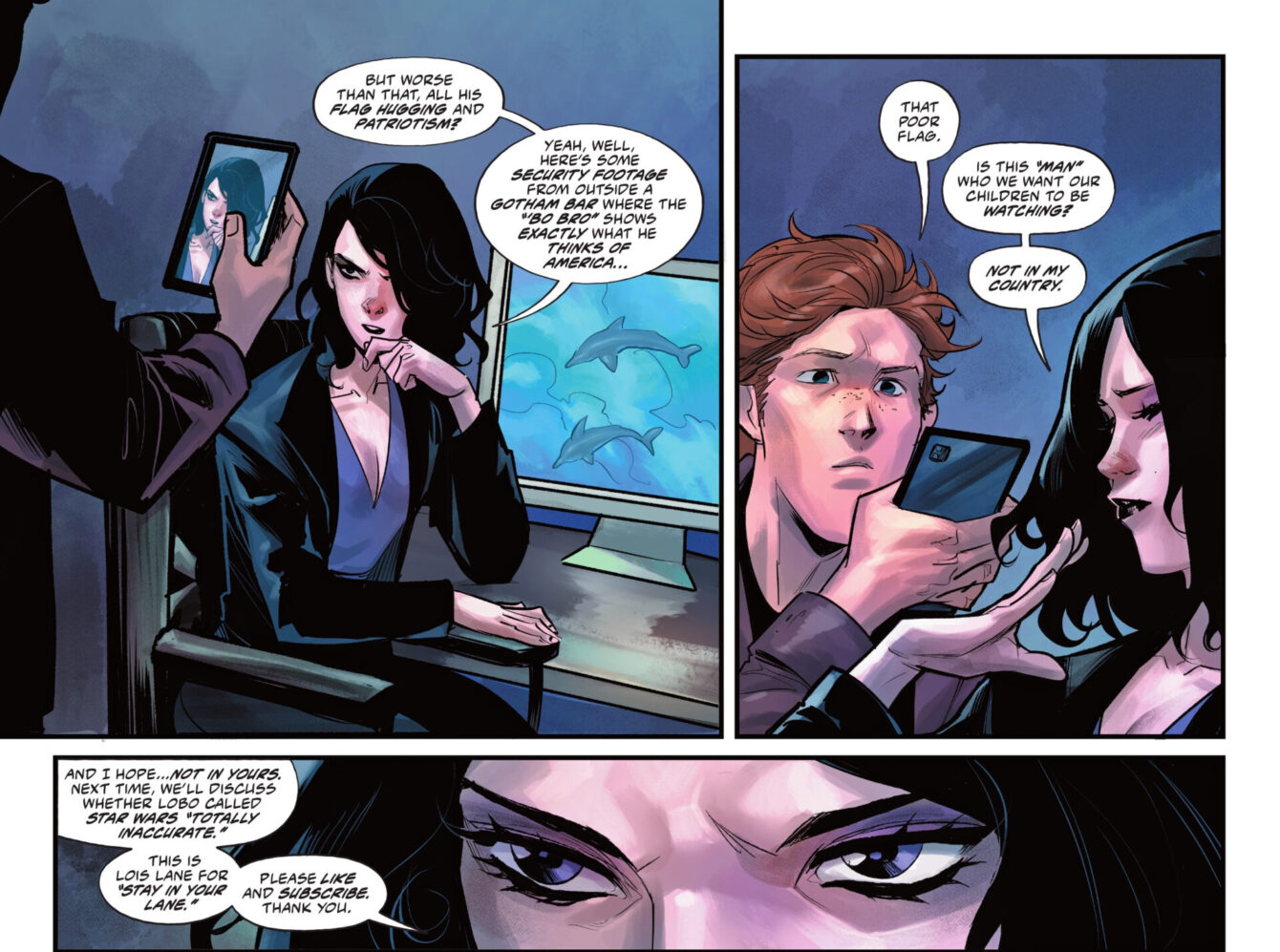 The comic and its twist would’ve most likely gone unnoticed if it wasn’t for comedian Patton Oswalt, star of MODOK on Hulu, expressing his amusement at the “Anti-Savers” on Twitter.

“Ha ha the new SUPERMAN vs LOBO has ‘anti-saver’ idiots who are AGAINST Superman helping them,” Oswalt announced to his followers. 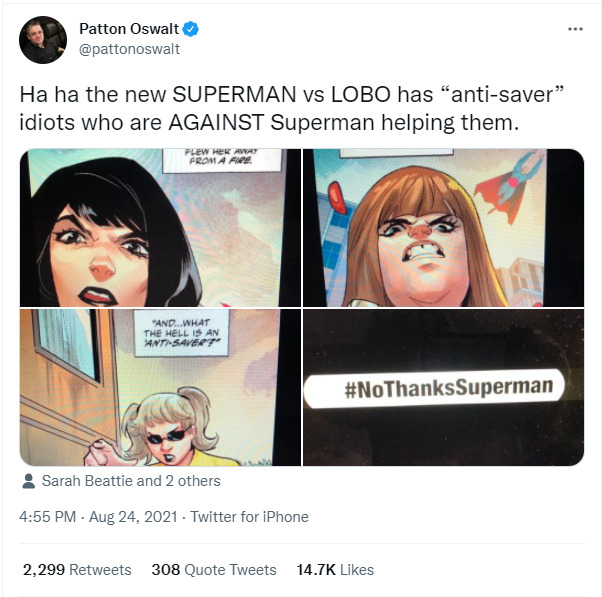 Garnering 2,229 retweets, 308 quote tweets, and 14,700 likes as of writing, Oswalt’s tweet is getting serious attention – but oddly enough, it’s all coming a little bit late, as the issue was written in November 2020 when Donald Trump was still President – which is made perfectly clear by the way Lex Luthor is written.

On that note, now is as good a time as any to mention Superman vs Lobo #1 (one in a three-issue miniseries that is supposedly an Elseworld’s-type tale) is written by Tim Seeley and Sarah Beattie with art by Mirka Andolfo.

Below is a summary:

What happens when an indomitable force meets an irritating object? That’s what readers find out when Superman runs into Lobo. Think of it like a boy scout joining a biker gang. What will be worse, the damage Lobo causes on his own, or the chaos of trying to stop him? I smell a team-up, fanboys!

Numen is the most popular being in the universe, a god clogging all social channels. And he does not like competition. This means Superman and Lobo must go. Further complicating things is Dr. Flik, a scientist determined to study the last sons of Krypton and Czarnia respectively.

What can she glean from the hero who lost everything as a baby and the bad, bad boy who made it all go away just for the heck of it? From writers Tim Seeley and Sarah Beattie the team behind the indie hit Money Shot and Punchline artist Mirka Andolfo comes a hilarious new superhero epic! 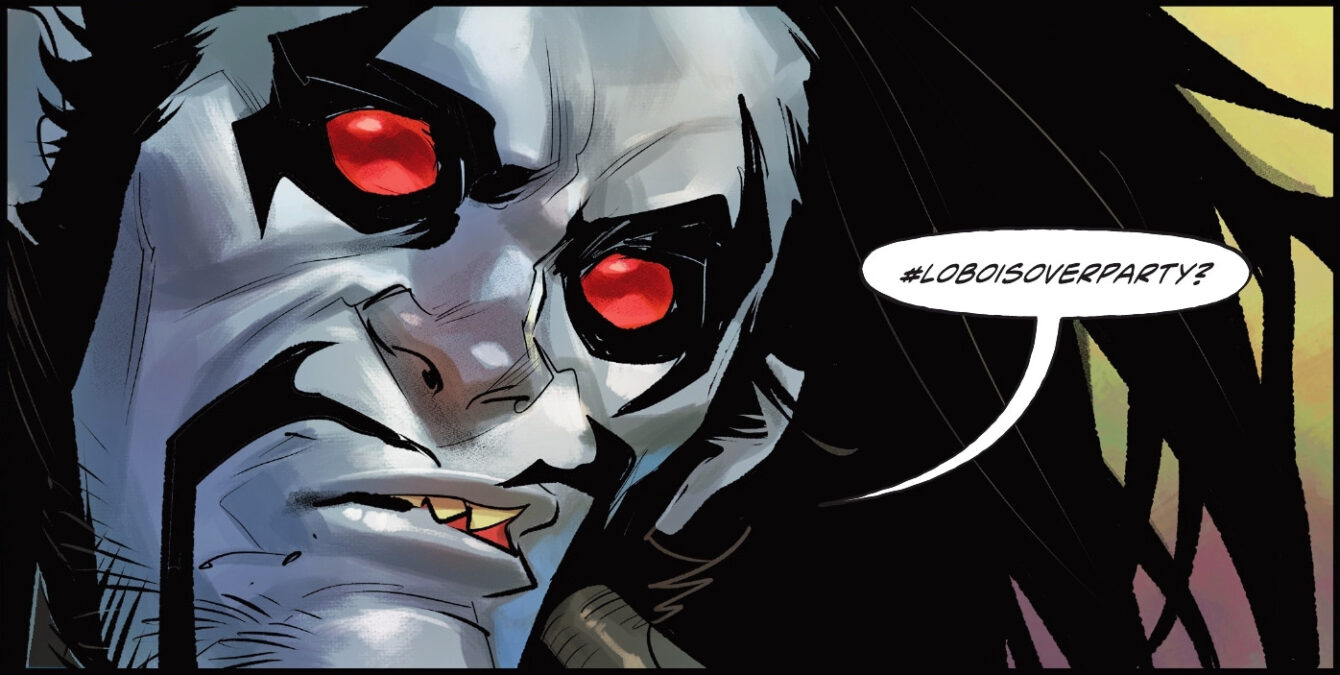 Issue #1 is on sale now and issue #2 will be out in October.