Nicki Minaj made headlines last week when, after revealing that she would not be attending Met Gala because it required attendees to show proof of COVID-19 vaccination, liberal media outlets were quick to target the artist for her comments – even when she made it clear that she is not against the vaccine, but rather isn’t personally ready to get jabbed just yet. 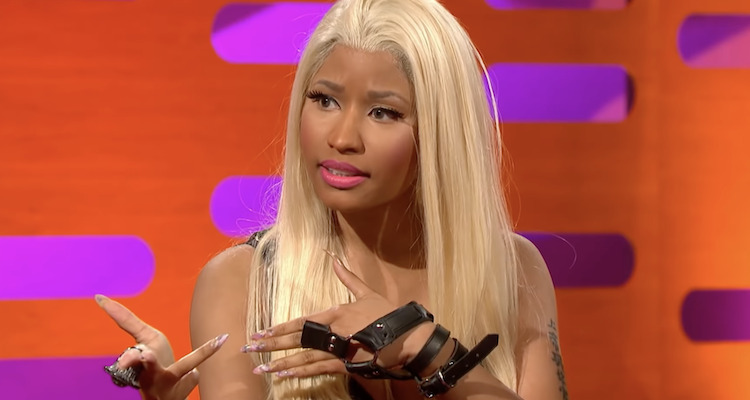 The saga began on September 13th when the rapper shared an anecdote to Twitter wherein she mentioned that a friend of her cousin in her home country of Trinidad had claimed his testicles had swollen as a result of the COVID-19 vaccine.

At the time, Minaj wrote, “My cousin in Trinidad won’t get the vaccine cuz his friend got it & became impotent.”

“His testicles became swollen,” the artist further elaborated. “His friend was weeks away from getting married, now the girl called off the wedding. So just pray on it & make sure you’re comfortable with ur decision, not bullied.” 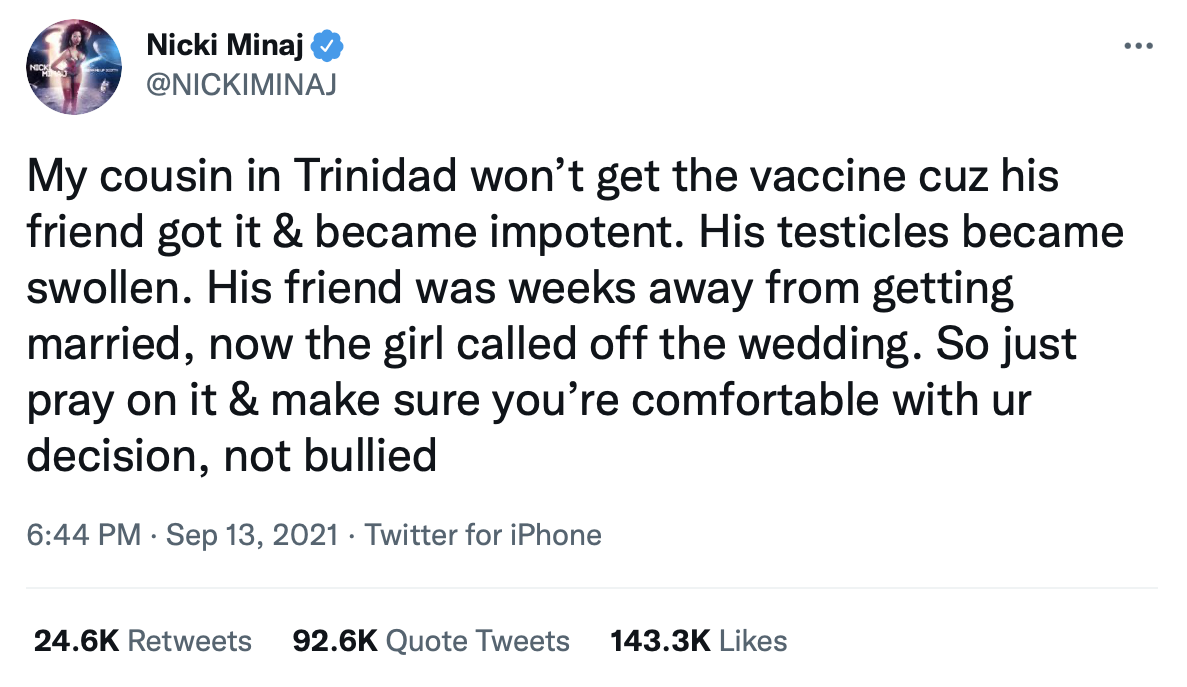 Several days later, on September 17th, Minaj took to social media to share a series of text messages that were reportedly sent by Guardian Media reporter Sharlene Rampersad to an unnamed acquaintance of the rapper, which showed that Rampersad had been attempting to contact the rapper’s acquaintance in order to get more information regarding the swollen testicles anecdote.

Nicki Minaj says her family in Trinidad have been harassed and threatened by journalists. pic.twitter.com/s6AzYUN2lT

“My name is Sharlene Rampersad,” wrote the reporter in her text message. “I am a reporter with Guardian Media. I was hoping to speak to you for an article. Would that be possible?”

Rampersad then insisted, “I know you are hesitant to speak with us, but just letting you know, CNN is in the country looking for you. And when they find you, they won’t hesitate to reveal where you live or where your [girlfriend] lives…anything and anyone who is tied to you.”

“If you speak to me, we won’t reveal those details,” The reporter threatened in conclusion. “So, what do you say?” 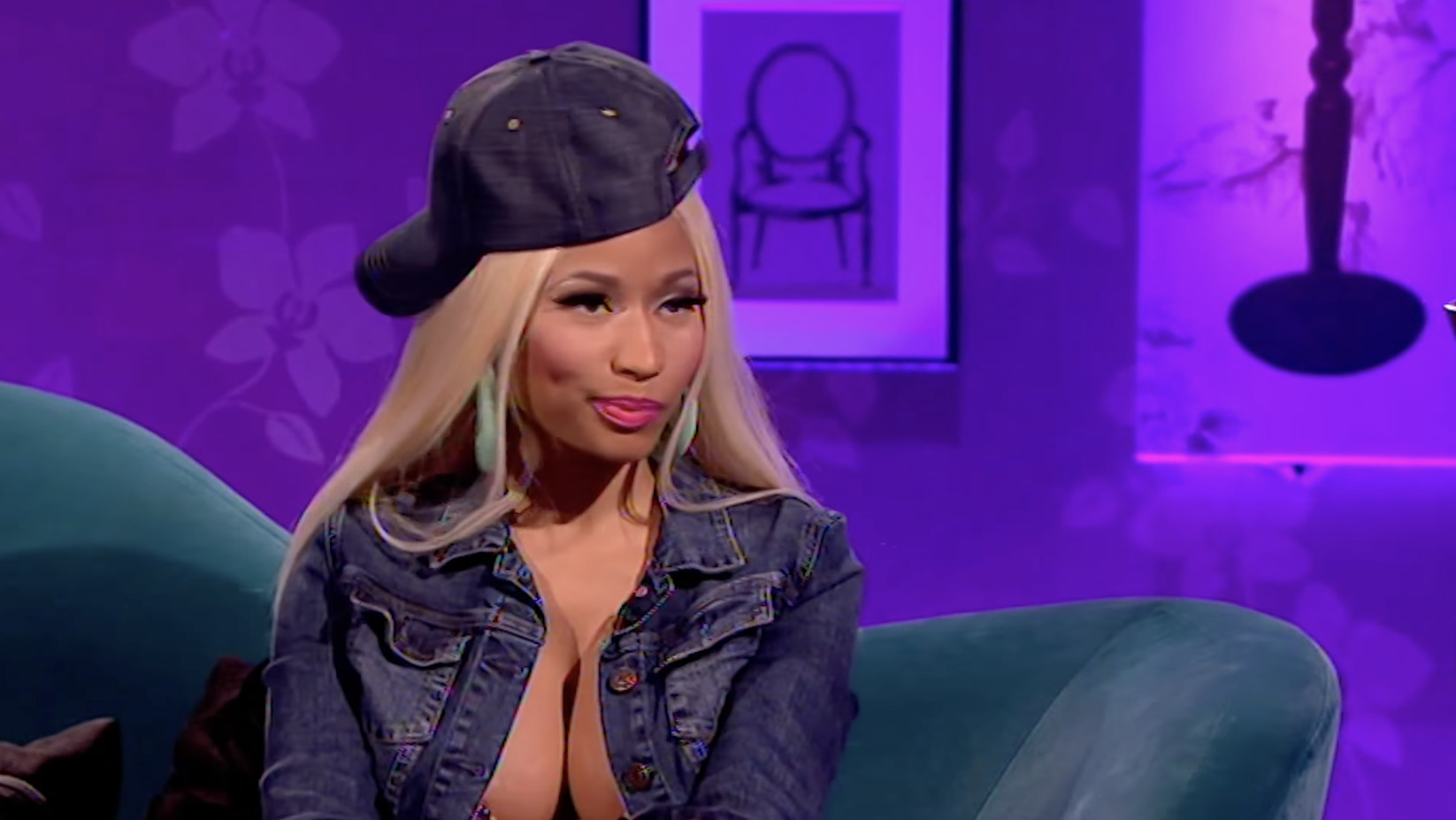 Addressing the situation via a series of Instagram stories, Minaj asserted, “Threatening my family in Trinidad won’t bode well for you.”

“They’re forcing my family to have to hide out,” she explained. “This is what speaking up looks like. Millions of poor people are treated like this war by the ppl you think are the ‘good guys.’ This is unconscionable.” 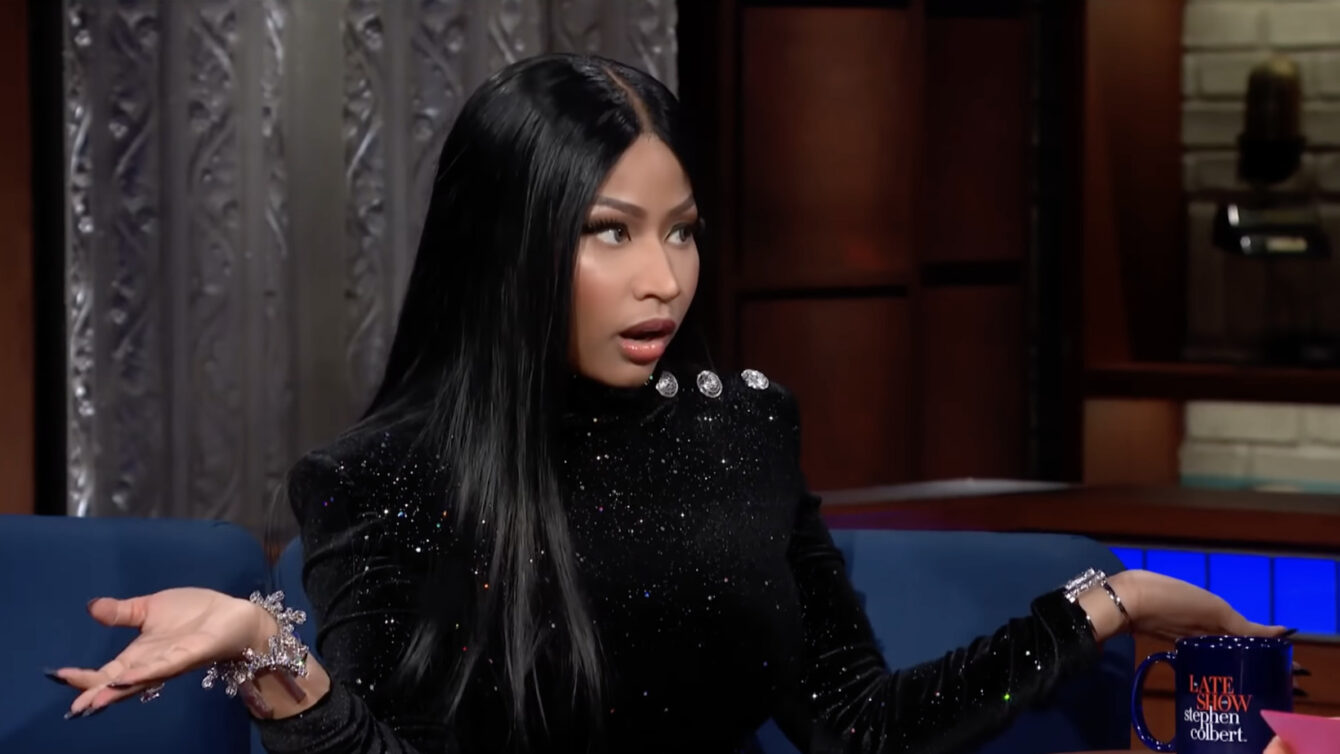 In response to Minaj’s Instagram posts, Guardian Media released a statement stating that they fervently condemned the harassment reporter Sharlene Rampersad had been subjected to following Minaj’s recent comments.

“Today, in the legitimate pursuit of a story that has both local and international interest, one of our journalists was subjected to a range of attacks via social media including death threats,” read Guardian Media’s statement. “This is unacceptable and we have taken all measures within our control to ensure her safety and security,”

It continued, “At Guardian Media Ltd. we denounce intimidation of journalists in any form. Balanced reporting which presents all perspectives is fundamental to the democratic process and we will continue to champion vigorously the freedom of the press.”

“The use of aggression on social media to intimidate can have adverse physical and psychological effects on people,” Guardian Media concluded. “As a responsible media house, we encourage others to stand up against this type of behaviour as we can all make a difference in addressing this global challenge posed by the pervasive nature of social media.”

What do you make of Minaj snapping at Rampersad for allegedly threatening to dox her acquaintance? Be sure to let us know your thoughts on social media or in the comments section down below.