In one of the more bizarre accusations to be leveled against Activision Blizzard amidst their ongoing employee harassment and misconduct controversy, one current and one former female employee have alleged that not only did the company discriminate against women who were breastfeeding, but that some male co-workers outright stole the mothers’ pumped breast milk without facing any repercussions. 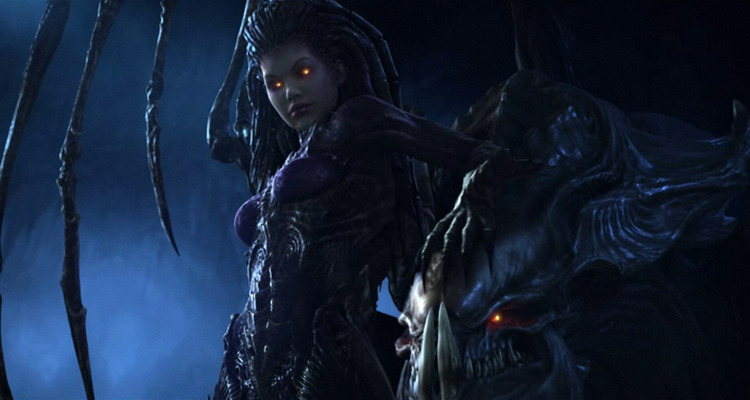 The first such claim of Activision Blizzard fostering an anti-breastfeeding environment was made on December 8th by current Blizzard Cyber Security Analyst Stephanie Lyon, speaking to fellow employees in an apparent women’s-only company Slack channel, who sought to detail “some of the issues that [she had] encountered]” regarding the video game developer’s accommodations for new mothers.

According to Lyon, as seen in screenshots of the slack chat shared to Twitter by Blizzard Senior Test Analyst and organizer of the informal ABK Workers, such issues included improper seating which led to mothers “sitting on the floor to pump,” a lack of storage space “for moms to keep their pumps safe,” and an apparent lack of sanitation from housekeeping who “did not appear [to be] cleaning those rooms consistently the way the rest of the office was.”

However, Lyon’s most shocking claim came in discussion of Blizzard’s supposed inability to provide refrigerator storage for mothers who pumped their milk.

She alleged that not only did lackluster security measures allow any employee to access the refrigerators, which some used “to store beer,” but that “the reason there were locks on them in the first place is that nursing people’s breast milk would be stolen.” 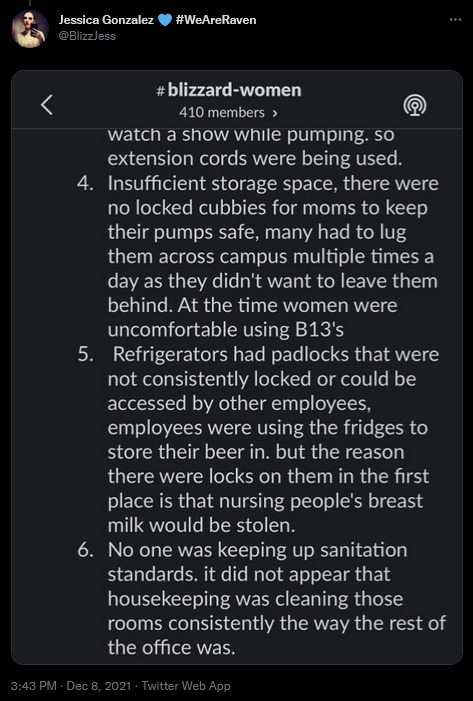 “I’m done tip toing [sic] around these issues to be sensitive, men stole them,” Lyon asserted. “If they want to keep that hush hush, maybe they should circle back to me when I report these things and share with some transparency on how they 1. plan to respond, and 2. How to mitigate these issues.” 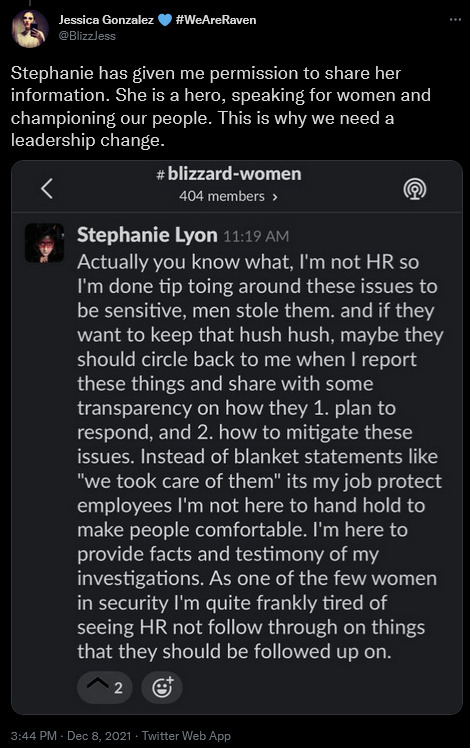 Later that same day, Lyon’s claims were backed up by former Blizzard producer Stephanie Krutsick, who wrote on her personal Twitter, “I can corroborate this, and I am likely the origin of this statement (though I don’t remember telling this specific person).”

“I was the one of the first, if not the first, woman to use the new “quiet rooms,’” she continued. “At that time they consisted of a chair, side table, and light.” 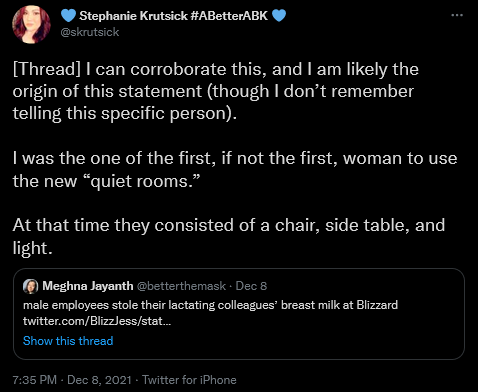 On the specific topic of breastmilk theft, Krutsick further recalled, “This was in 2008. There was no fridge in the room, so I had to label and carry my breastmilk out and store it in the breakroom fridge. It was very clearly breastmilk, in baggies with a baby’s face on it.”

“It was clearly mine,” she pointed out, “as I was the only lactating woman in the building.” 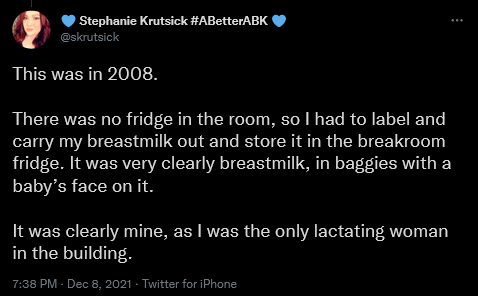 “One day, I went to retrieve my pumped supply at the end of the day and it was gone,” she continued. “There were no other mothers in the building, & very few women at all in either QA or CS at the time. All the other items I had seen earlier were still in the fridge. They were dated and labeled.” 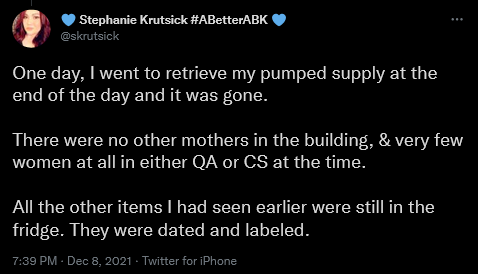 She then reasoned, “Someone had either taken my bags and tossed them, or stolen them for some creepy reason. This was devastating, not just for the creep factor but because I was already very low on supply and had a baby who wouldn’t latch. I was already supplementing and struggling to get milk.” 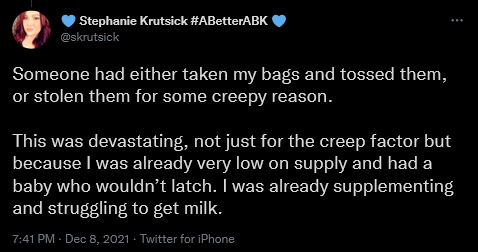 “We never ever found out who did it,” she added. “To their credit, my HR rep and my department’s director swiftly provided a mini fridge and other improvements to the room within 24 hours. But it should never have happened in the first place. What demented person steals an infant’s food?” 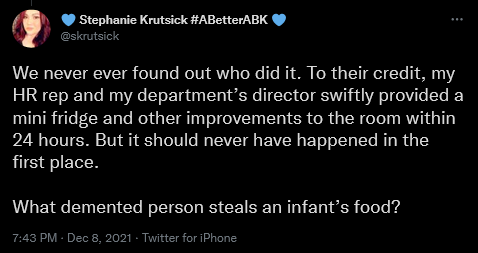 Ultimately, after detailing further personal maternity-related anecdotes from her time at Blizzard, Krutsick concluded, “I have related the stolen milk story to a lot of people, however, so I would be unsurprised if it’s become a story that’s a regular part of one of the feminine/marginalized people “whisper campaigns” – y’know, where we all warn each other about s*** and specific people on the DL.”

As of writing, Activision Blizzard has not responded to Krutsick or Lyon’s allegations.

What do you make of the claimed breast milk theft that occurred at Activision Blizzard? Let us know your thoughts on social media or in the comments down below!

NEXT: New Labor Lawsuit: Activision Blizzard Accused Of Attempting To Prevent Its Employees From Exercising Their Rights