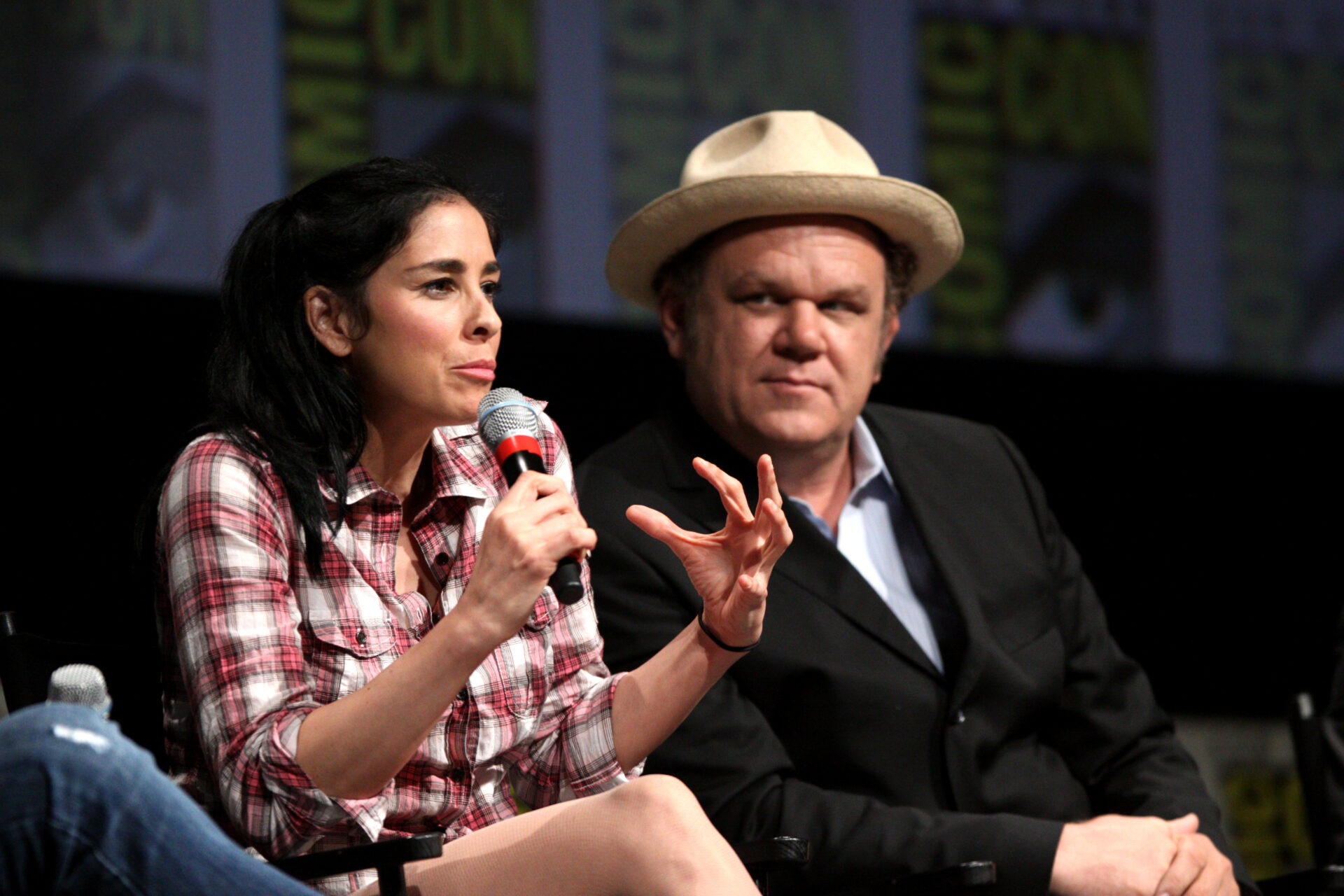 Silverman’s declaration came in response to a clip of  New Independent Fundamentalist Baptist preacher Jonathan Shelley criticizing Silverman for a stand-up comedy routine from 2005 where she said she would crucify Jesus again.

In 2005, during Silverman’s Jesus Is Magic comedy tour she did a bit claiming she would crucify Jesus again. As seen in the clip below, Silverman stated, “Everybody blames the Jews for killing Christ and the Jews try to pass it off on the Romans. You know, I’m one of the few people that believes it was the blacks.”

In the clip, Shelley says, “Why would you love the guy that blasphemes Jesus? Why would you worship the guy that says he would crucify Jesus again? Sarah Silverman. Sarah Silverman, the Jew in Hollywood, in her stupid, little joke, whatever you call those things, event. What is it conference or stand-up comedy, I don’t know what they call their events.”

“But she stood up there and she was like, ‘I would crucify Jesus again.’ And I guarantee she would, the Christ-rejecting Jew,” the clip ends.

Silverman responded to this tweet saying, “It was from a special I did in character. I love the teachings of Jesus. Jesus would shake his head right of his neck at this IMOIMOIMOIMO.” 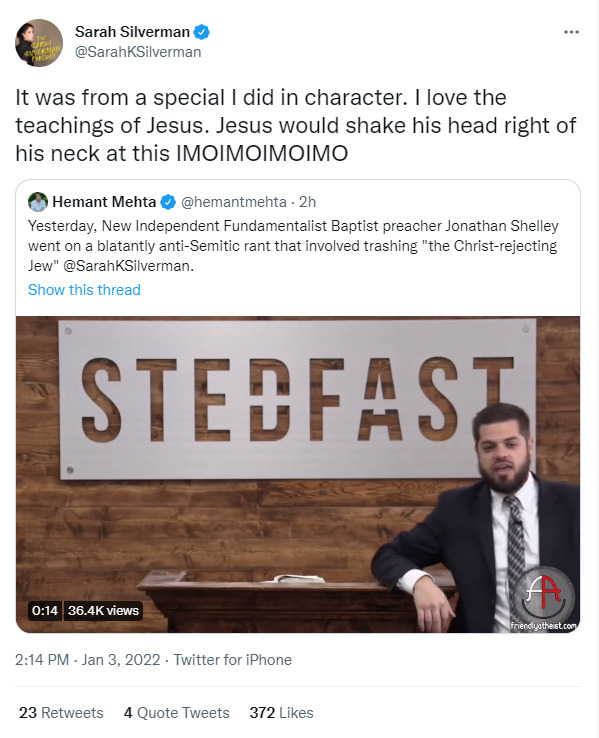 This isn’t the first time a pastor has criticized Silverman for her 2005 routine where she says she would crucify Jesus again.

Back in 2019, Silverman shared a clip of Stedfast Baptist Church’s Adam Fannin stating, “You know these Jewish false prophets, anti-Christian, anti-God, they are willing to put Jesus to death again.”

“You heard of this comedian Sarah Silverman, you guys know who I am talking about? She brags about it, ‘I’d do it again.’ Listen, she is a witch. She is a jezebel. She is a God-hating whore of Zionism. I hope that God breaks her teeth up and she dies. She is a wicked person,” he continued.

She is like the perfect representation of religious Judaism. She is Satan’s scoffer. And she is there to take the world and make them laugh and then diss Jesus, try to take away the respect from Jesus,” the clip ends.

She reacted to the clip writing on Twitter, “This is Adam Fannin of the Stedfast Baptist Church in Florida and he is going to get me killed.”

This is Adam Fannin of the Stedfast Baptist Church in Florida and he is going to get me killed. pic.twitter.com/I6Us59o59v

She would then share an article written by Hemant Mehta titled “Baptist Pastor: Sarah Silverman Is a ‘God-Hating Whore’ Who Must Die.” 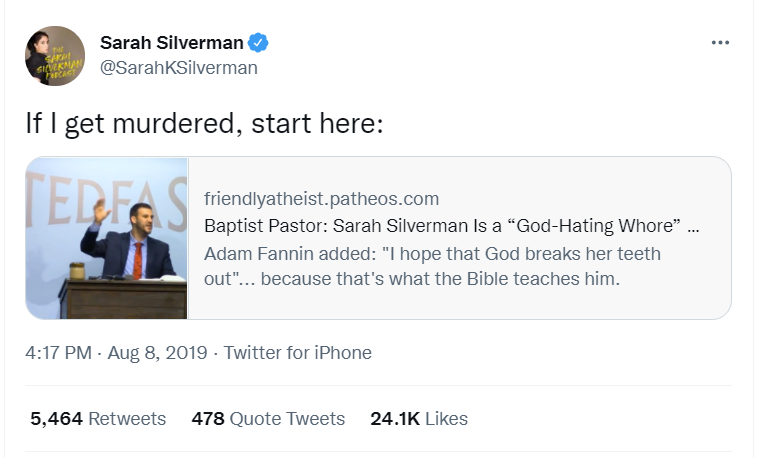 Interestingly enough in her Jesus Is Magic stand-up routine, Silverman explained she didn’t do certain racial jokes because she feared the reaction from certain demographics.

After telling a joke about midgets, Silverman would state, “I’ll tell you why we make fun of midgets. We’re not afraid of them. That’s what it always boils down to across the board.”

“I had a joke with the word n***** in it that I thought was edgy and so hip. I was doing it all over town in comedy clubs,” she explained. “And I was at this one club doing my show and I look in the front row and the whole front table is black people or African American people. You know what it was half and half, I’m pretty sure.”

“But the point is I didn’t do the joke, you know? And then you got to ask yourself is that an edgy joke or a racist joke and I didn’t do it because I was afraid of them, you know. I didn’t and I ended up changing that joke to c***ks,” she said. 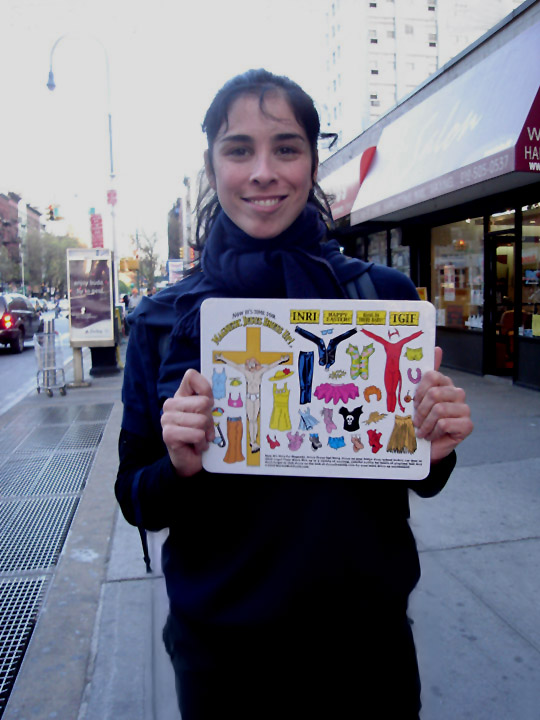 Jewish comedian Sarah Silverman displays her new Jesus Dress Up magnet set, given to her as a gift from Normal Bob Smith, who says, “I gave her the set in passing and she was happy to pose for a picture with them.” The location is 14th Street & 1st Avenue, in New York City’s East Village of Manhattan. Photo Credit: Photographer is Normal Bob Smith, Wikipedia:User:Normalbobsmith., CC BY-SA 3.0 <http://creativecommons.org/licenses/by-sa/3.0/>, via Wikimedia Commons

What do you make of Silverman’s declaration of love for the teachings of Jesus? Do you think she will convert to Christianity and follow his teachings?