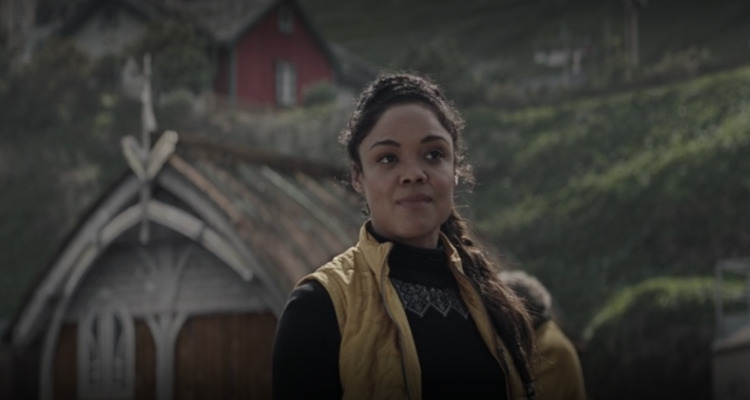 The official description for the set states, “A Viking ship containing iconic characters from Marvel Studios’ Thor: Love and Thunder movie makes LEGO® Marvel The Goat Boat (76208) an ideal gift for kids aged 8 and up.”

It adds, “The longboat is drawn through the skies by legendary goats Toothgnasher and Toothgrinder, who are raised off the ground so kids can easily push the ship along as they play.” 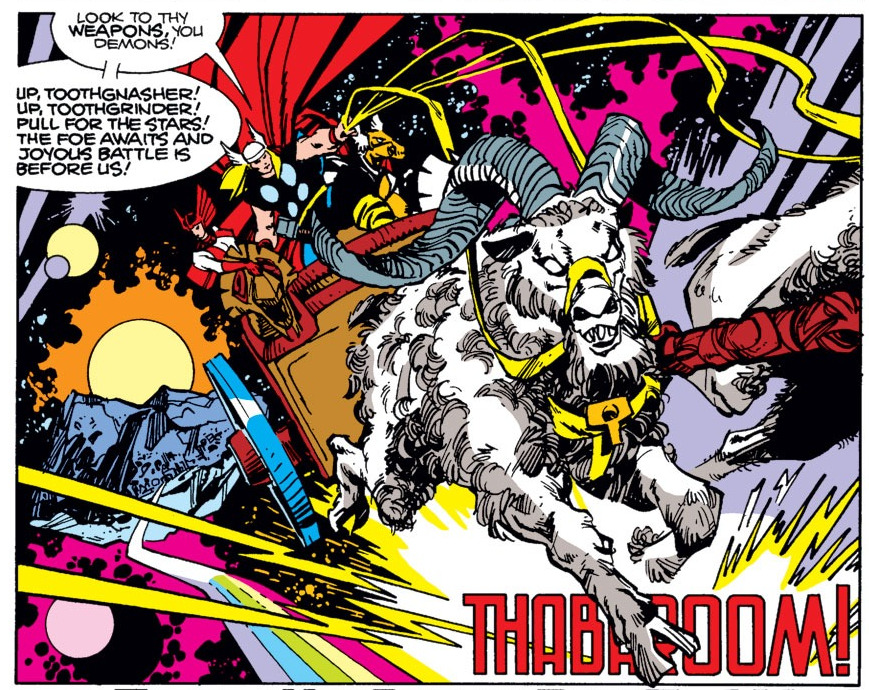 RELATED: Thor Actor Tessa Thompson Doesn’t Want To Work With “A Bunch Of White People” And “A Bunch of Men”

Along with the longboat, “the set includes 5 minifigures – Thor, Mighty Thor, Valkyrie, Korg and Gorr – and a host of weapons and accessories, including Thor’s Stormbreaker axe.”

As you can see on the packaging Valkyrie is described as King Valkyrie.

Thompson’s character being described as King Valkyrie shouldn’t be a surprise.

At the end of Avengers: Endgame, Valkyrie tells Thor, “Thor, your people need a king.” He responds, “No, they already have one.”

Valkyrie laughs it off saying, “That’s funny.” However, she then asks, “Are you being serious?”

Thor responds, “It’s time for me to be who I am rather than who I am supposed to be. But you, you’re a leader. That’s who you are.” Thor even refers to her as “Your Majesty” as their conversation ends.

On top of this scene, when Kevin Feige announced Thor: Love and Thunder at San Diego Comic-Con back in 2019, the moderator asked Thompson, “Day one as King of Asgard, what would Valkyrie first change in New Asgard?”

Thompson responded, “I think, first of all, as King, as new King, she needs to find her Queen. So that will be her first order of business. She has some ideas. I’ll keep you posted.”

“And then, I don’t know. What’s cool about Asgard, as it has already been mentioned that Asgard is not a place, but a people. So, I think just reinvesting in her people and a cool thing is to create refuge for any person that might need it. That to me is the idea of a perfect Asgard. The kind of kingdom she would want to rule over. So, I think that’s what she will do,” she continued.

Thompson also confirmed the character would be king in an interview with Entertainment Tonight saying, “She’s king. If she can’t find her queen, she’ll just be king and queen at the same time.”

The actress also told The Playlist, “I can tease that she’s definitely King of New Asgard when we find her. And as was the case in the last four, I would say that she’s a part of an adventure that involved Thor, in the sense that it’s called Thor: Love and Thunder.”

What do you make of this new LEGO set describing Valkyrie as King Valkyrie?