Actress Jamie Lee Curtis is following the path of Emilia Clarke and will be pushing her own brand of political propaganda in a new graphic novel from Titan Comics titled Mother Nature. 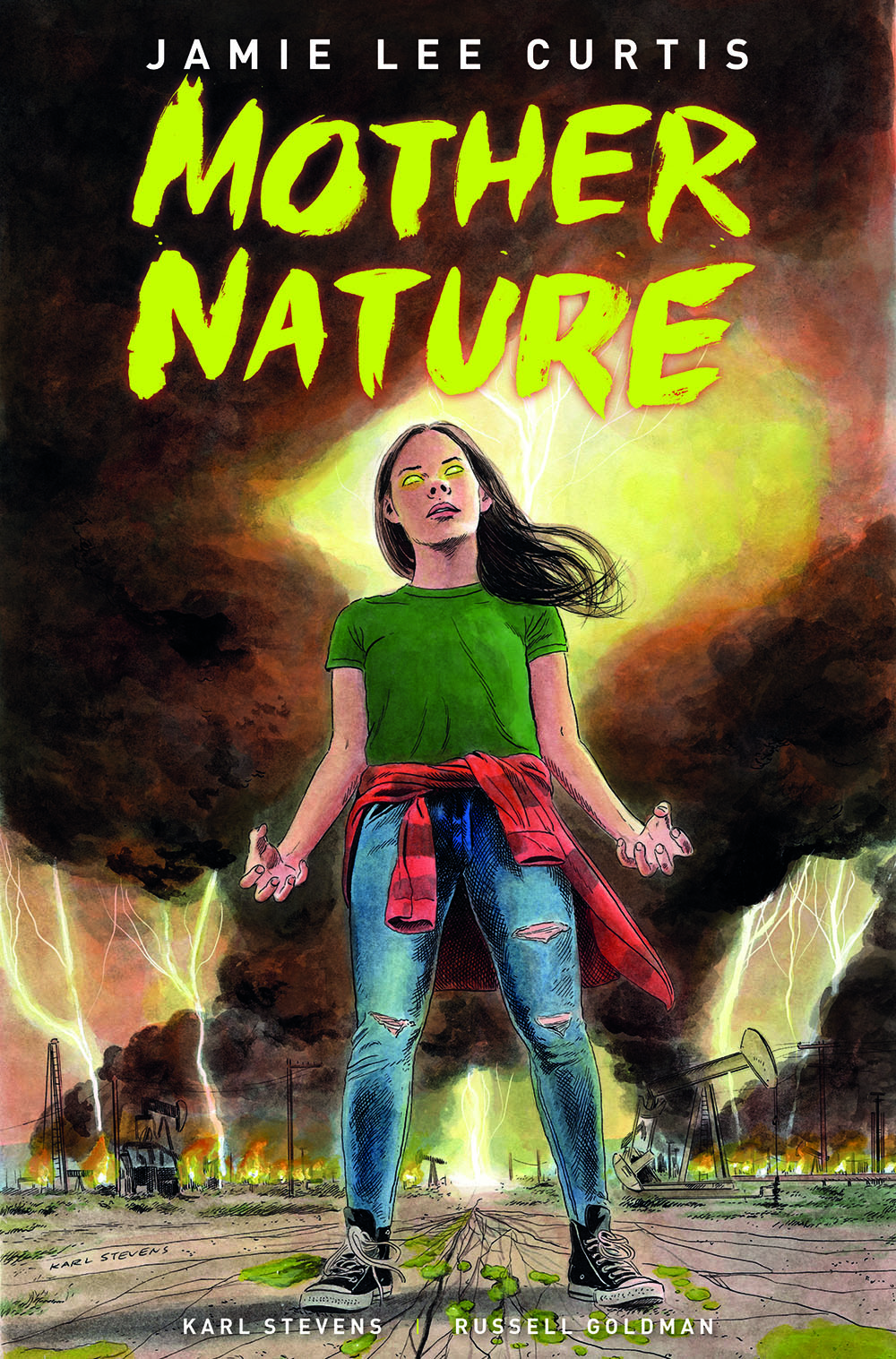 In a press release from Titan Comics, they reveal Curtis is teaming up with film-maker Russel Goldman to write the book and they will be joined by artist Karl Stevens.

The graphic novel also happens to be an adaptation of an upcoming horror film from Comet Scriptures and Blumhouse titled Mother Nature that is being directed by Curtis. 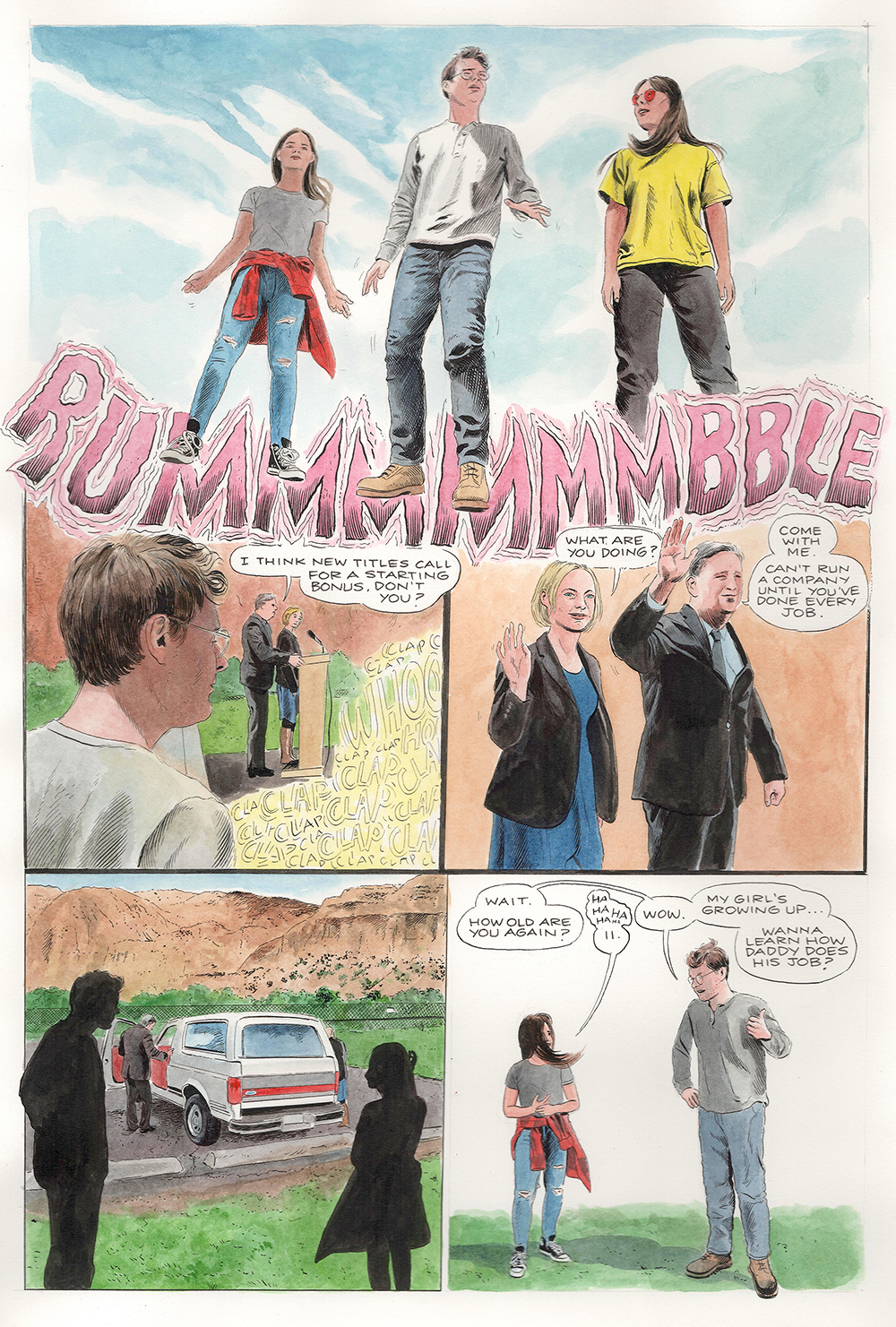 As for what the book is about, the official description states, “Nova Terrell who, after witnessing her father die in mysterious circumstances on one of the Cobalt Corporation’s experimental oil extraction projects, has grown up to despise the seemingly benevolent company that the town of Catch Creek, New Mexico, relies on for its jobs and prosperity.”

“The rebellious Nova wages a campaign of sabotage and vandalism against the oil giant, until one night she accidentally makes a terrifying discovery about the true nature of the ‘Mother Nature’ project and the long-dormant, vengeful entity it has awakened that threatens to destroy them all,” concludes the description. 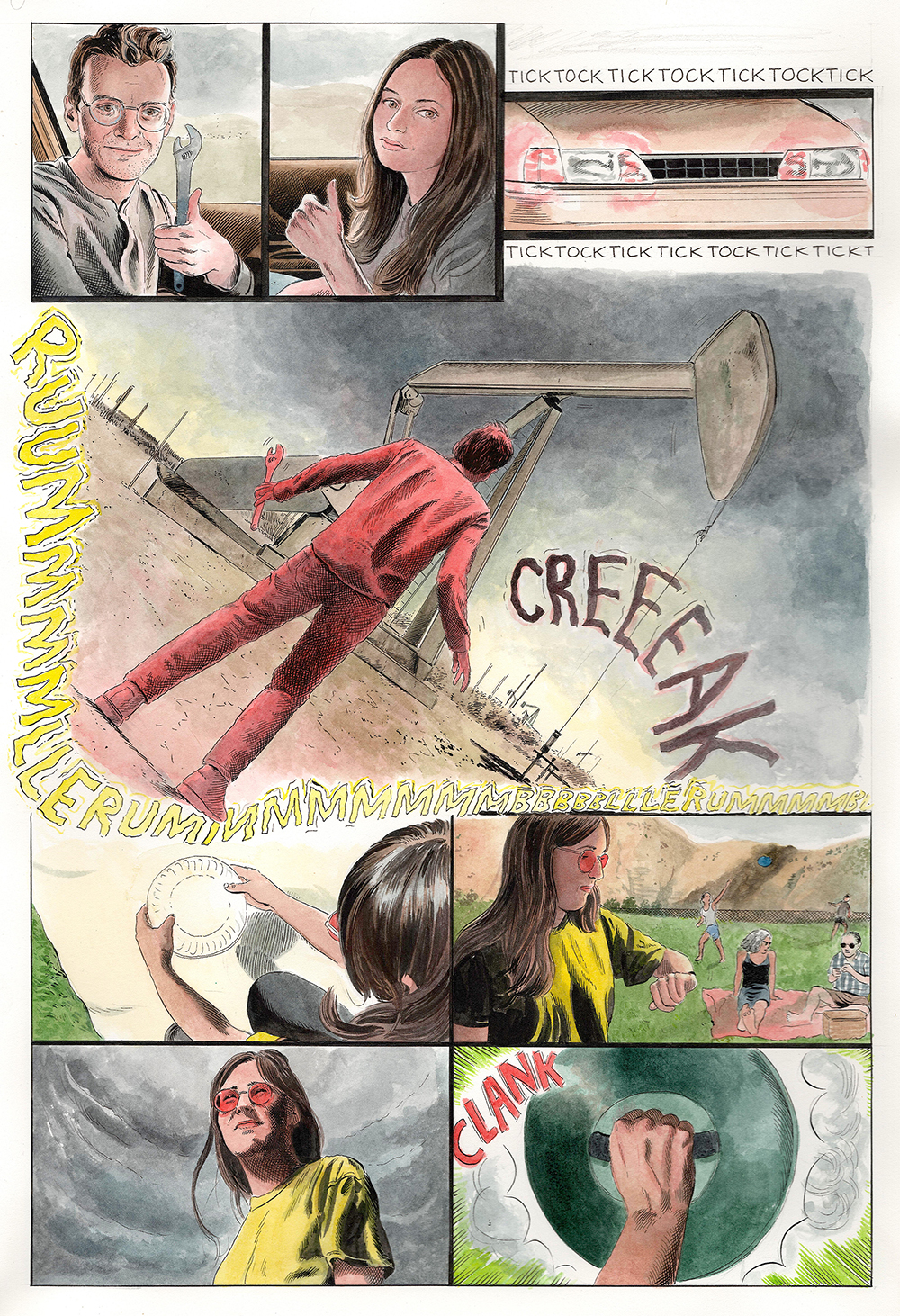 RELATED: Jamie Lee Curtis Says She And Her Husband Are Proud To See Their Son Transition Into A Woman

Speaking about the graphic novel, Curtis stated, ““I first thought about this story when I was 19 years old. I’ve always been aware of the very unbalanced relationship between humans and nature, and even though I was young, I always knew that, inevitably, nature would win.”

She added, “I have long admired and collected Karl’s work, and I’m very excited he suggested expanding the idea to turn it into a graphic novel. The partnership with Titan has now given us a wonderful platform to begin to tell our story.” 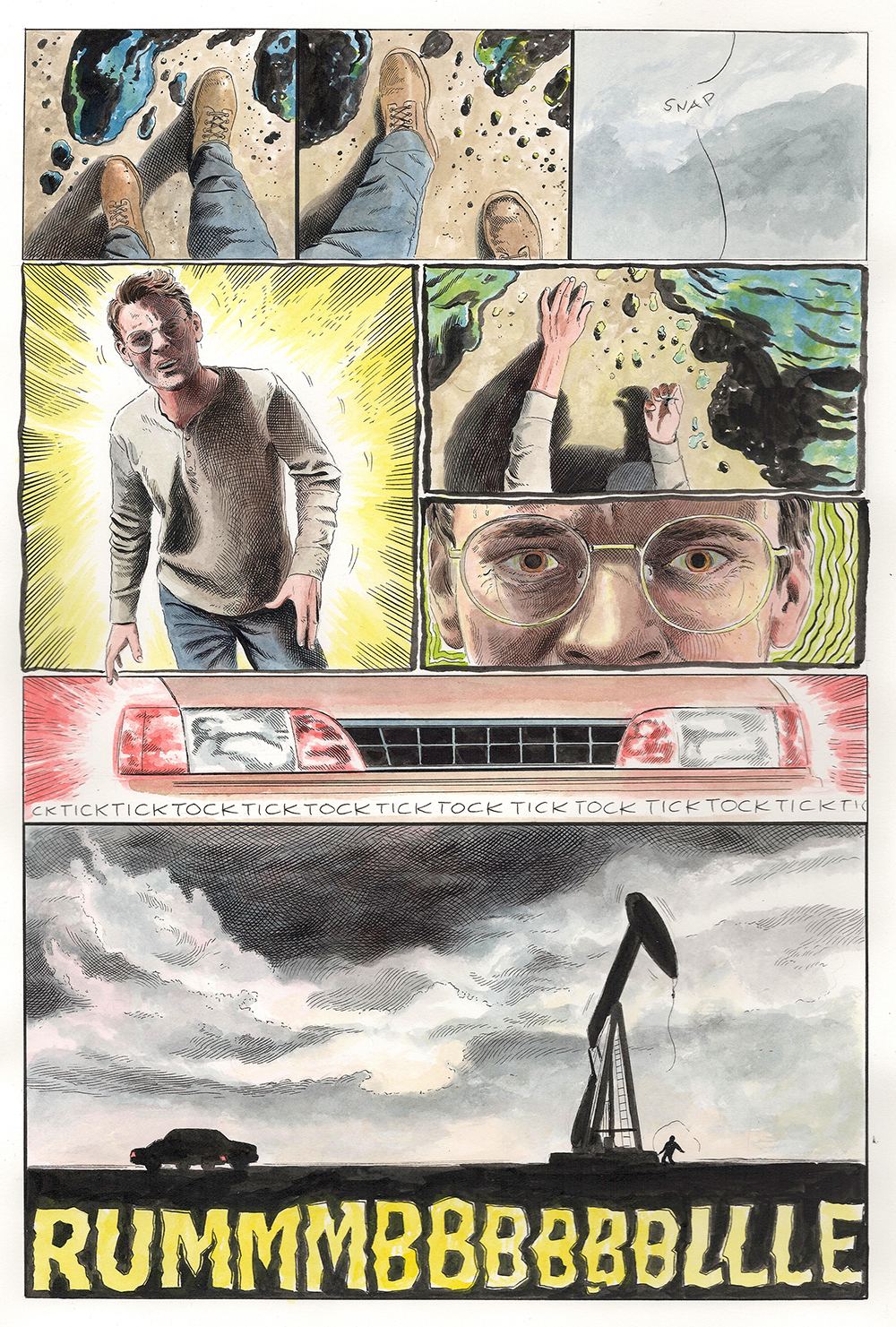 If there was any doubt that the book wasn’t climate change propaganda, Stevens asserted, “I was immediately blown away by the depth of the characters, the perfect blend of action and gore, the urgent ecological message, and how all these things would translate beautifully into a graphic novel.”

Goldman would echo Stevens’ claim, “We wanted to reach deeper than the big picture doom-and-gloom of climate change narratives to tell a story specific to Four Corners, New Mexico, an amazing part of the world where every major source of energy is mined, and where the climate and resource crises are acutely felt.”

“We wanted to use these themes to shape a story that feels intense, honest and unexpectedly aspirational,” Goldman declared. 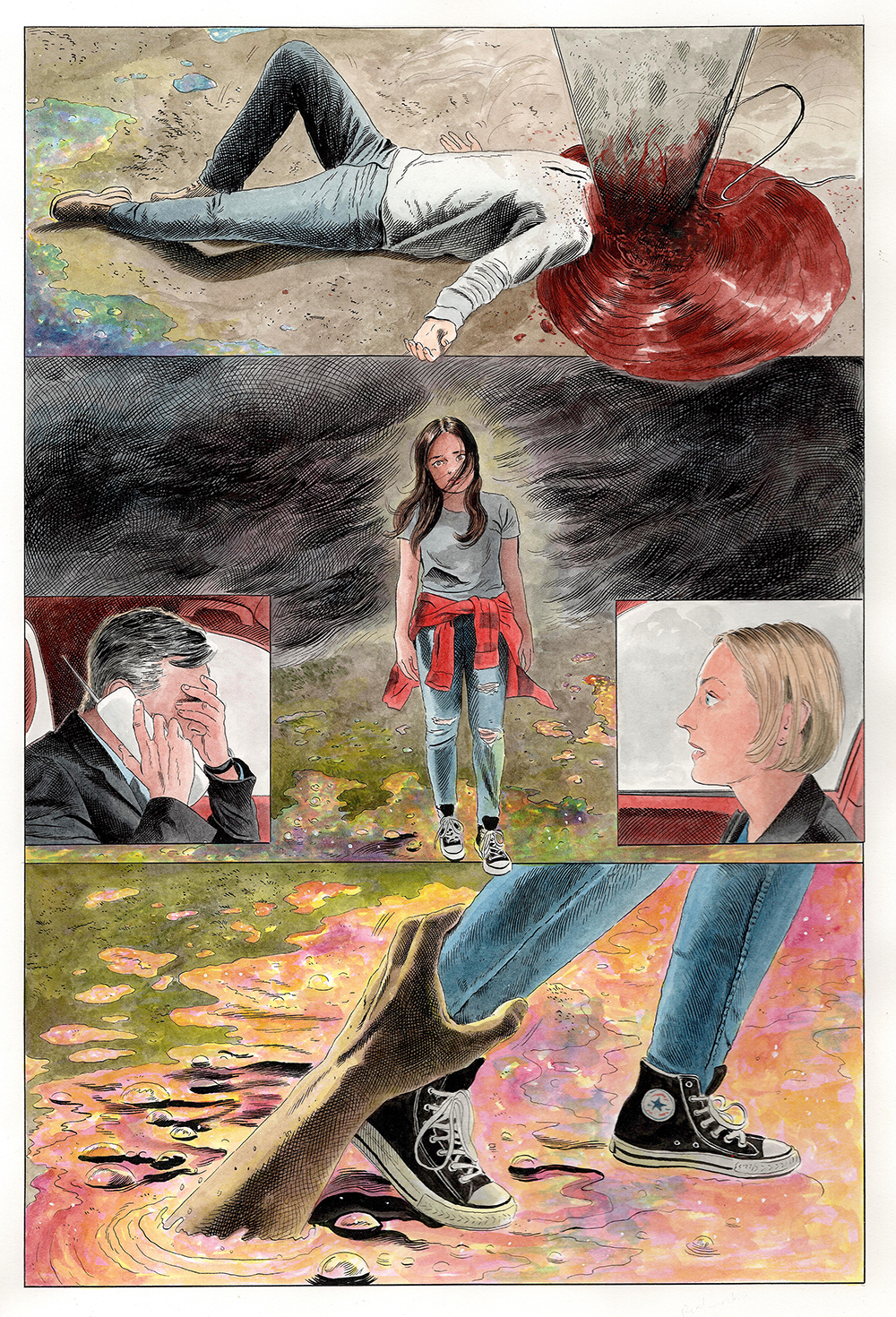 Titan Comics would also assert in their press release, “With the pressing need for stories that shift our collective attention towards our devastating climate emergency, Titan Comics is proud to be publishing the eco-horror graphic novel Mother Nature.” 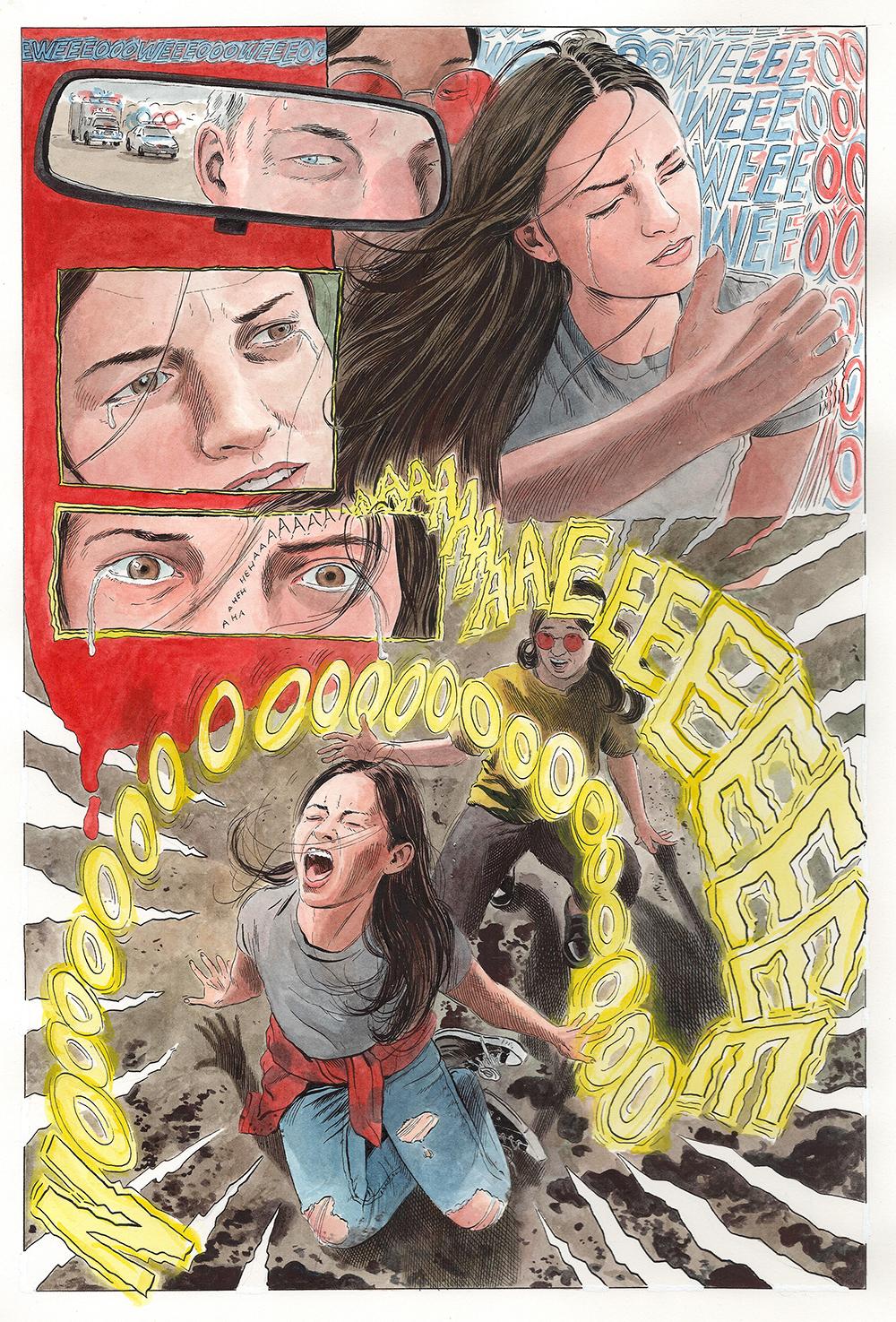 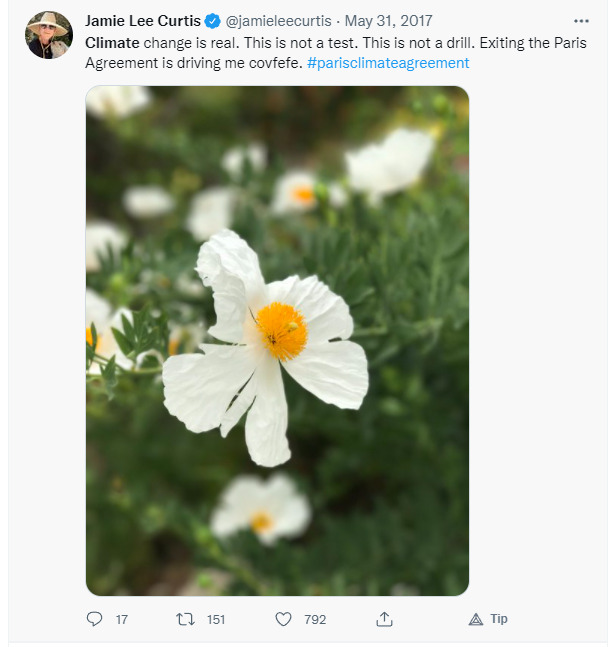 The Halloween and True Lies actress was also one of a slew of celebrities that praised child activist Greta Thunberg following her speech to the United Nations.

Curtis wrote in 2019, “Last nights speech by Michelle Williams and Alex Bornstein and todays by Greta Thunberg WOMEN STEPPING OUT OF LINE!” 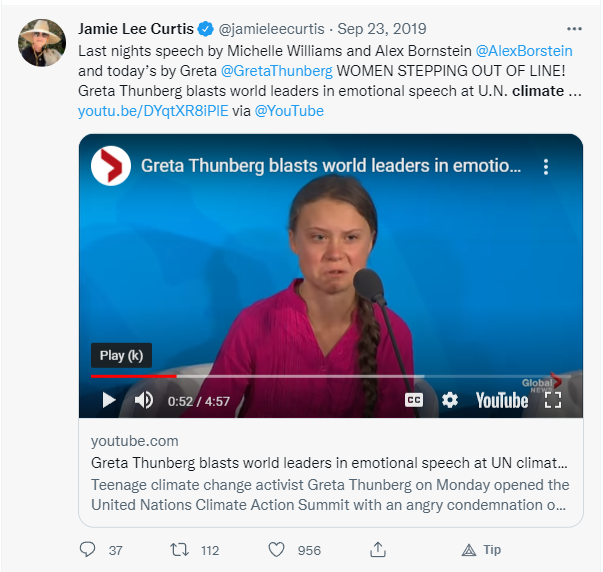 The hardcover book is 156 pages in length. It will retail for $24.99 and is expected to hit comic book shelves sometime in Fall 2022.

What do you make of Curtis’ new climate change propaganda graphic novel?