Democrat and Georgia gubernatorial candidate Stacey Abrams made a special guest appearance in the season 4 finale of ‘Star Trek: Discovery’ as the President of United Earth.

The Hollywood favorite, Abrams, announced her plans to run for governor of Georgia back in December writing on Twitter, “I’m running for Governor because opportunity in our state shouldn’t be determined by zip code, background or access to power.”

I’m running for Governor because opportunity in our state shouldn’t be determined by zip code, background or access to power. #gapol

Despite the help of Hollywood heavyweight celebrities such as Oprah, Michael B. Jordan, Common, and Will Farrell, Abrams still lost the 2018 Georgia gubernatorial election by a 51-48 margin. Since the 2018 election, Abrams’s likability in the state has taken a hit.

Abrams has publicly refused to concede the fact that she lost the election accusing her opponents in the GOP of voter suppression and systematic racism for her defeat. 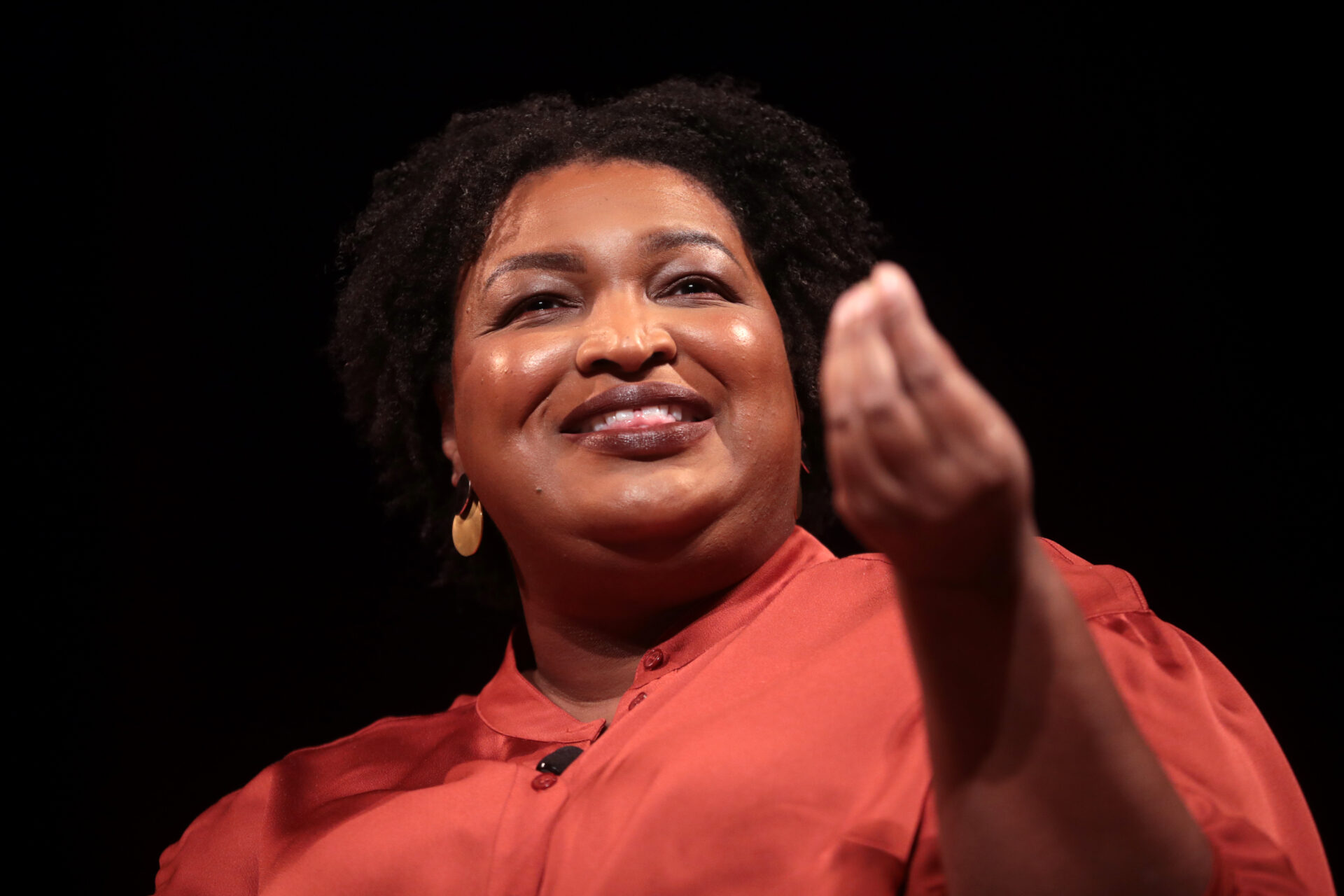 As noted above, in the series finale of Star Trek: Discovery (STD) entitled “Coming Home,” Abrams made a cameo as the President of United Earth.

The episode sees United Earth being evacuated as a Dark Matter Anomaly enters the Alpha Quadrant at the behest of the alien species known as the 10-C. The aliens were using the Dark Matter Anomaly to mine boronite in order to sustain a hyperfield that protected their species from danger.

After the STD crew saves the galaxy, Earth finally agrees to rejoin the Federation, with Abrams’ character being their representative.

The official description for the episode states, “In the season four finale, the DMA approaches Earth and Ni’Var. With evacuations underway, Burnham and the team aboard the U.S.S. Discovery must find a way to communicate and connect with a species far different from their own before time runs out.”

Speaking to IndieWire, Star Trek: Discovery showrunner Michelle Paradise revealed that she can hardly believe that the show got Stacey Abrams to cameo.

“Honestly, the number of times I’ve seen the episode, every time I see her face, I’m like, ‘Wow, that really happened. That’s awesome.’” she stated. 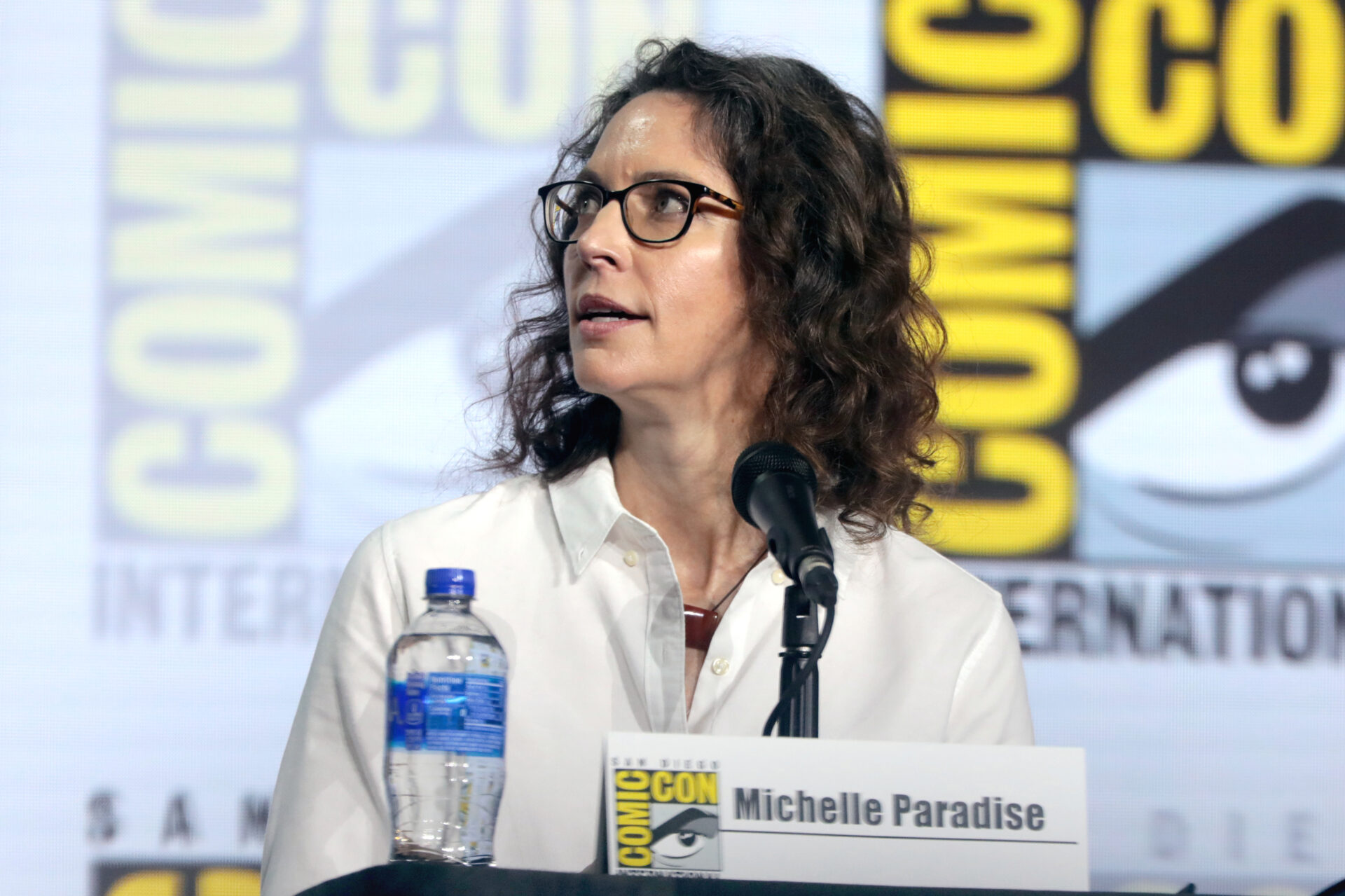 Paradise would also detail how the cameo came about explaining, “We knew, coming into season three, that bringing the Federation back together again would be a two season arc.”

“And in the third episode of Season 3, we go to Earth and we find out that Earth is no longer a member. So we were teeing up that Earth equals the Federation coming back together again. So we knew that, by the end of season four, we would need to focus on Earth,” she detailed.

Paradise elaborated, “And as we got into season four and got halfway through breaking it, we realized: We need a person to represent Earth. And then the question became: who should that person be?”

“I don’t remember where the idea came from, honestly. But I texted Alex to say, ‘What do you think of Stacey Abrams?’ Immediately, [he sent] exclamation points. And he said, ‘Let’s set up a meeting. Let’s talk to her. Let’s see.’ So we did,” Paradise relayed.

“And she was so kind. And we got on Zoom with her, and we pitched her where we were for the season and who this character was and what this character would represent. And asked if she would be a part of this with us. Honestly, I can’t think of anyone better to represent the president of Earth in all of that,” Paradise declared.

Paradise would also tell Deadline, “We knew that she was a fan of the show and of Trek in general, and for us, there was no one better to be that President.”

“It was just an amazing thing. She did such an incredible job, it was a privilege for all of us to get to work with her, and we’re so grateful she joined us for that,” Paradise concluded.

The showrunner also detailed to IndieWire that it is possible Abrams could return in the future.

“Oh my gosh, I would love that,” she said. “I mean, I have no idea. She’s certainly busy doing other things.”

Paradise wasn’t the only one to gush over Abrams. The show’s lead actor Sonequa Martin-Green did so as well telling Deadline, “I’m still floored when I think about Stacey gracing us with her presence in our Season 4 finale.”

“She’s a legend in the making and a civil hero, and she was an absolute delight to work with,” she continued. “She wowed us with her charm, humility, and generosity, and she whipped out some acting chops too!”

“It was an honor for me as a Black woman to stand with her in the story. It’s an experience I’ll cherish for the rest of my life,” she gushed. 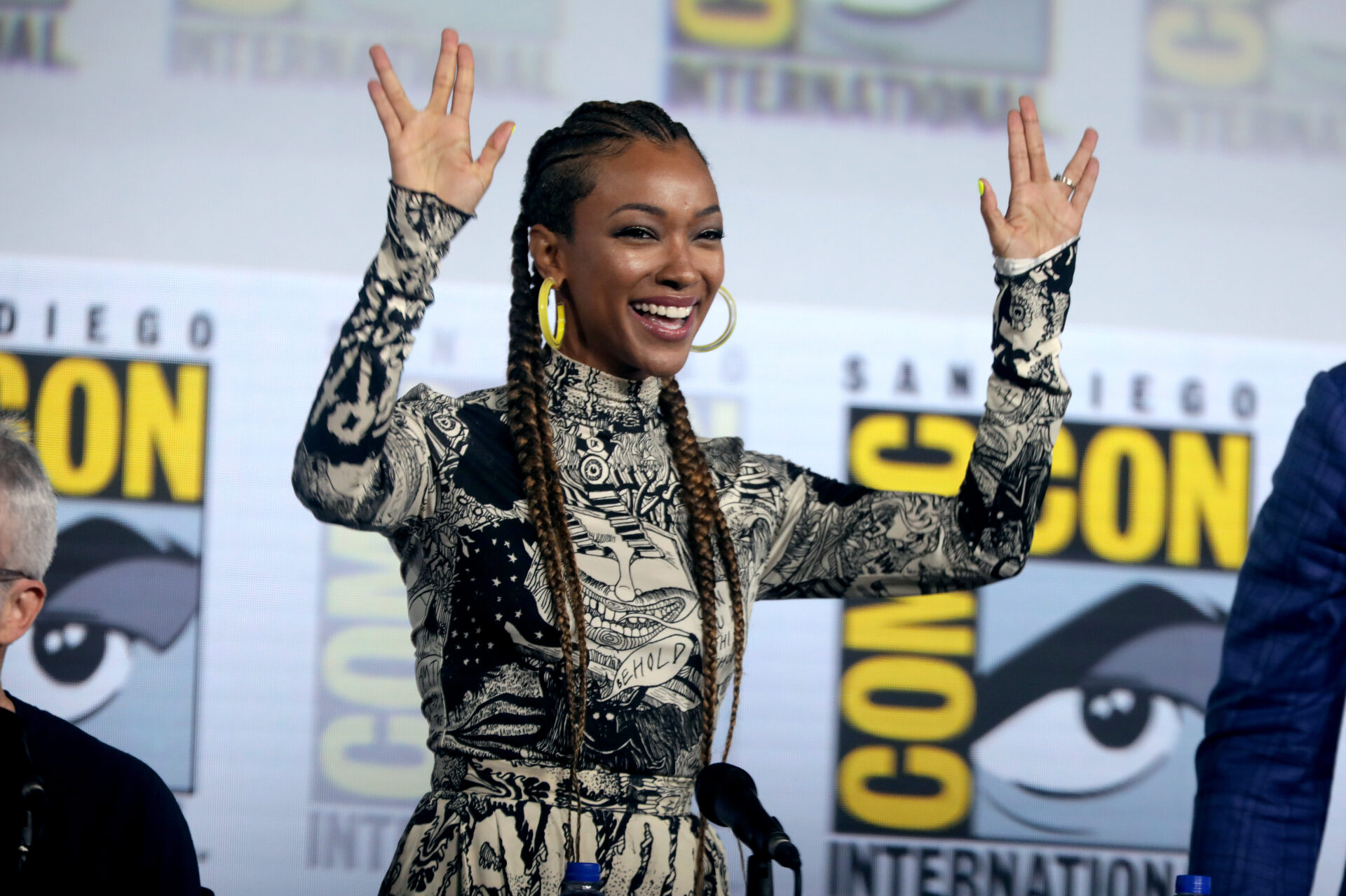 While the love and admiration of Stacey Abrams is glowing from Hollywood, the same can’t be said about the state of Georgia where Abrams is running Governor.

Last year, Abrams took heat in the state for working with Major League Baseball commissioner Rob Manfred on the decision to move last year’s All-Star game out of the city of Atlanta to the Democrat city of Denver to protest the passing of Georgia’s Voter ID law that requires a state ID to vote in person and by mail.

The move to pull the All-Star game out of Atlanta cost local businesses and vendors upwards of $190 million of revenue that would have been spent during the festivities. 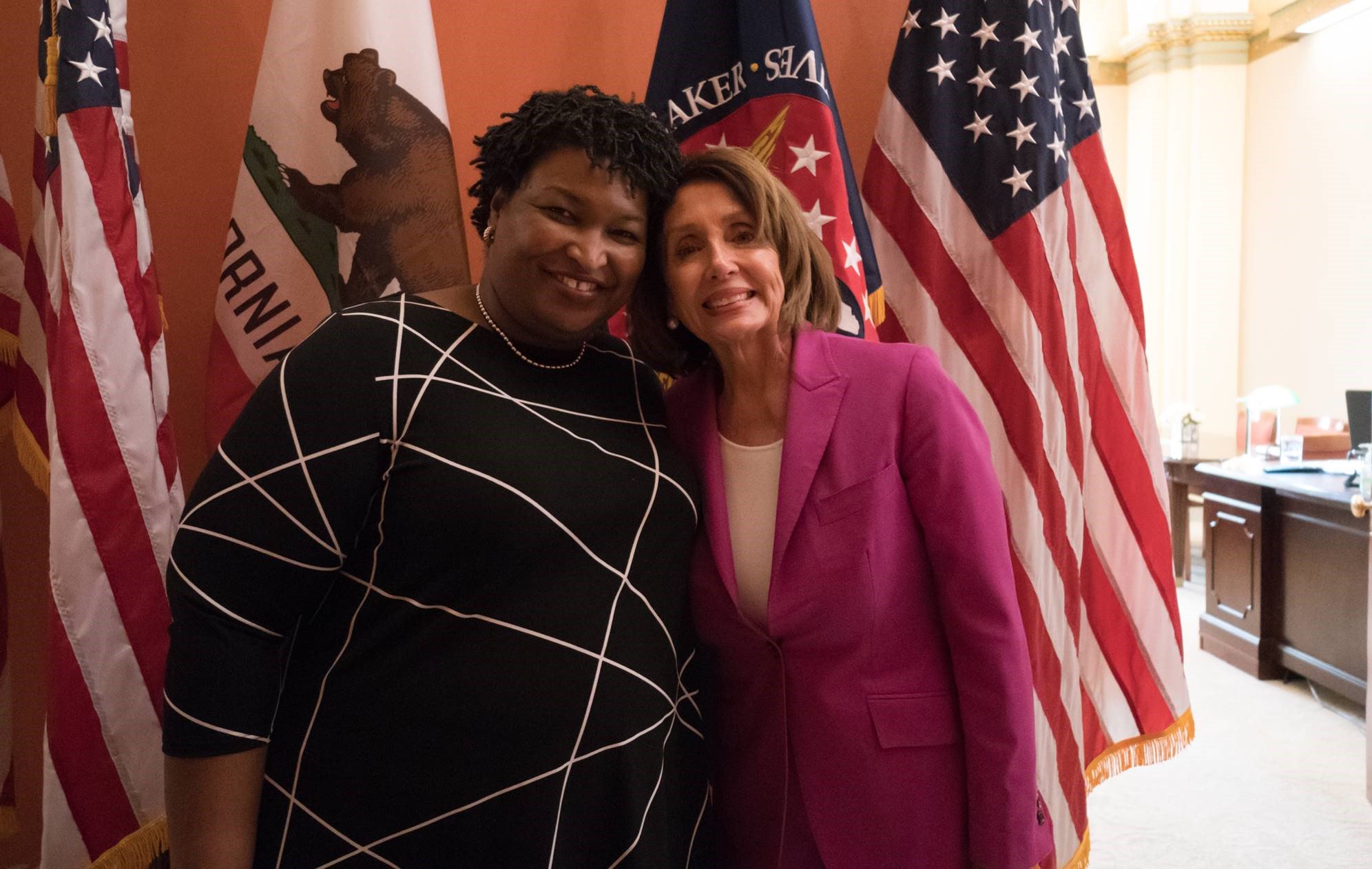 We are thrilled to have Stacey Abrams deliver the Democratic Response to the State of the Union. Her electrifying message reinvigorated our nation & continues to inspire millions in every part of the country Photo Credit: Office of U.S. House Speaker, Public domain, via Wikimedia Commons

Abrams has since claimed she didn’t support MLB’s decision but Fox Business Network’s Charles Gasparino reported that Manfred did speak with Abrams before he decided to move the game.

She also partnered with LeBron James’s ‘More Than A Vote’ organization who openly celebrated MLB moving the game out of the city.

The latest polls from the Atlanta Journal-Constitution show that Abrams trails Kemp by 7 points in a 2022 rematch.

Hollywood spent millions in the state of Georgia on Stacey Abrams’ failed election bid in 2018 and are likely to repeat their efforts in the coming months. 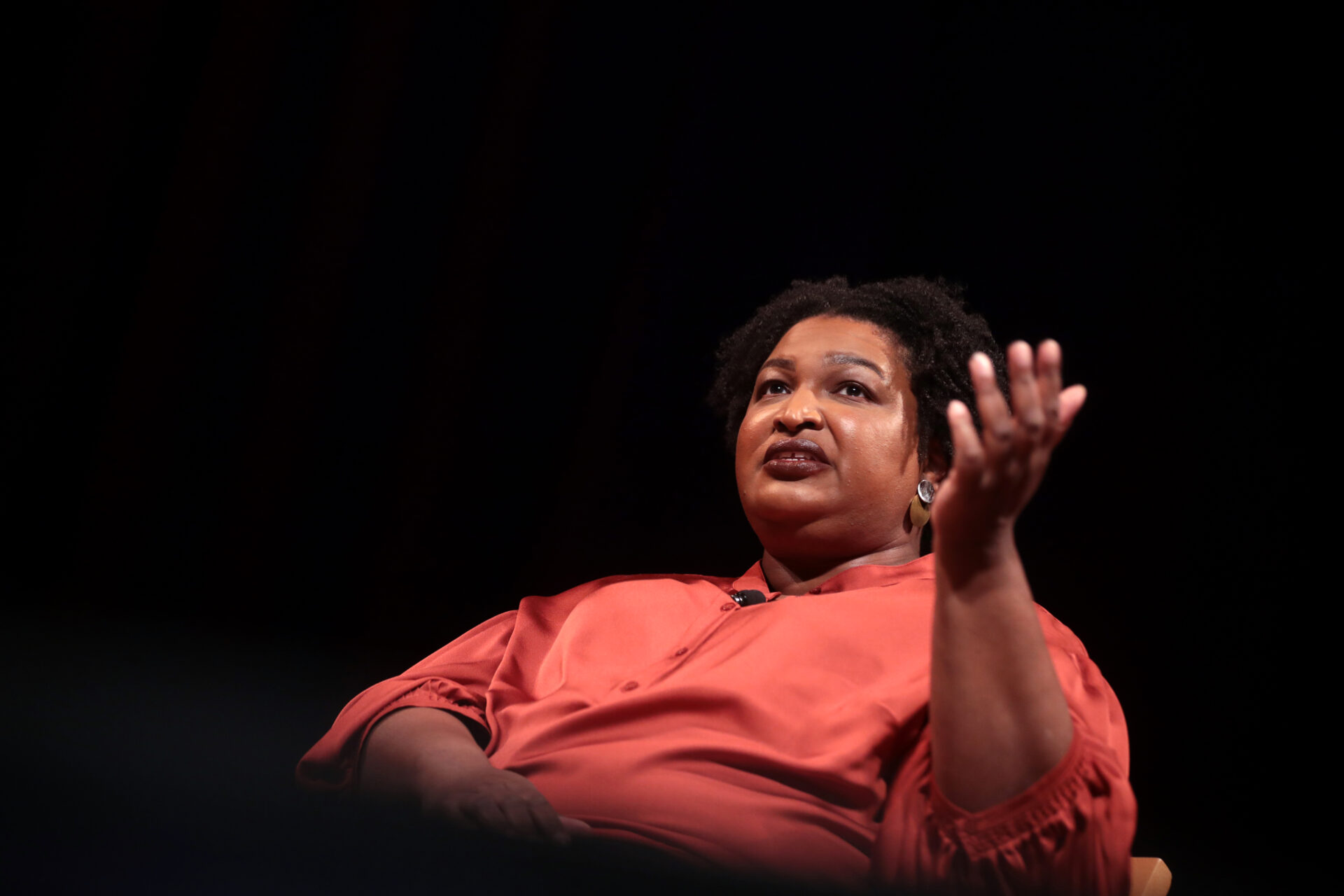 The latest episode of Star Trek Discovery is available on Paramount+ today.

What do you make of Abrams’ cameo on ‘Star Trek: Discovery?’

NEXT: Star Trek Actor George Takei Calls On Americans To “Endure Higher Prices For Food And Gas If It Means Putting The Screws To Putin”