Square Enix’s recent remaster of the PlayStation 1 sequel to Chrono Trigger, Chrono Cross: The Radical Dreamers Edition, has been censored to remove an instance of suggestive dialogue as well as the game’s various panty shots. 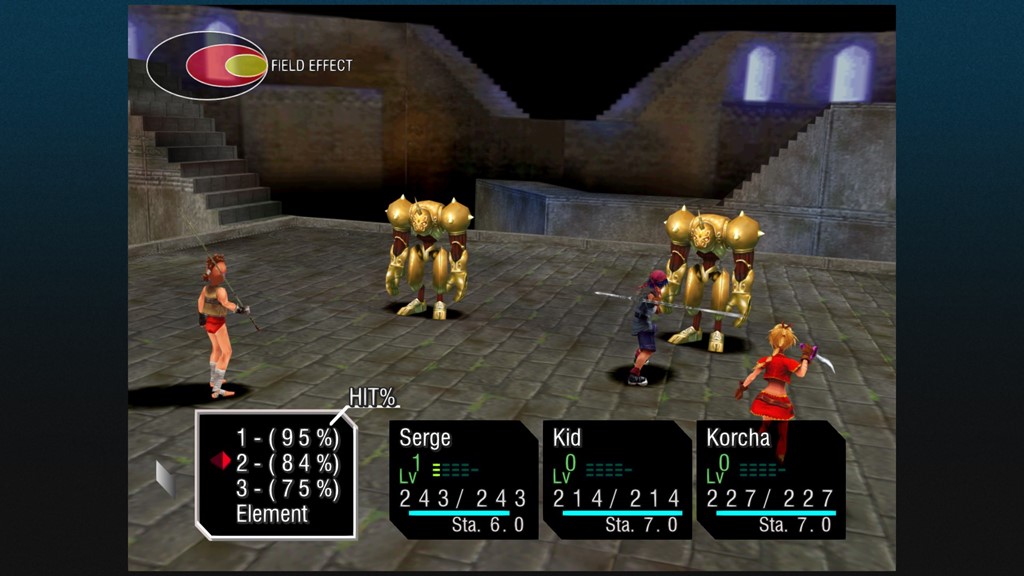 The first case, as shared by video game censorship and localization-focused Twitter user @iuntue (along with others), can be seen during a conversation between the player-character, Serge, and Leena’s brother, Una.

In context, Una congratulates Serge for “blowing off” his sister, teasing, “I heard you totally blew off Leena this morning. I didn’t think you had it in you! That was real gutsy of you! I guess that kinda shows her who’s boss, eh?” 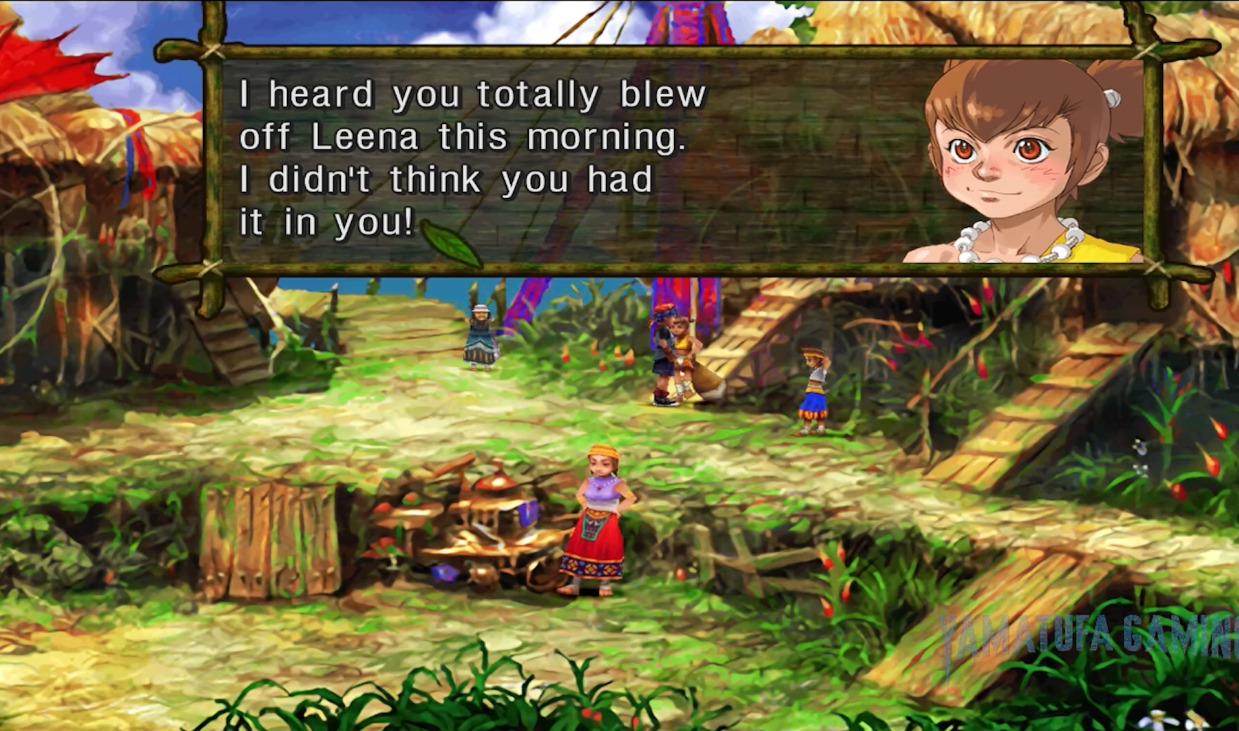 Una then confides, “Don’t tell her I said so, but my sister’s a bit too quick to lash out,” before asking Serge to help make his sister treat him kinder.

In the original English release, Una asks, “Could you, like, break her in a little? You know, make her act a little more ladylike?, whereas in the remaster, Una now says “Could you like, make her be a little nicer to me?” 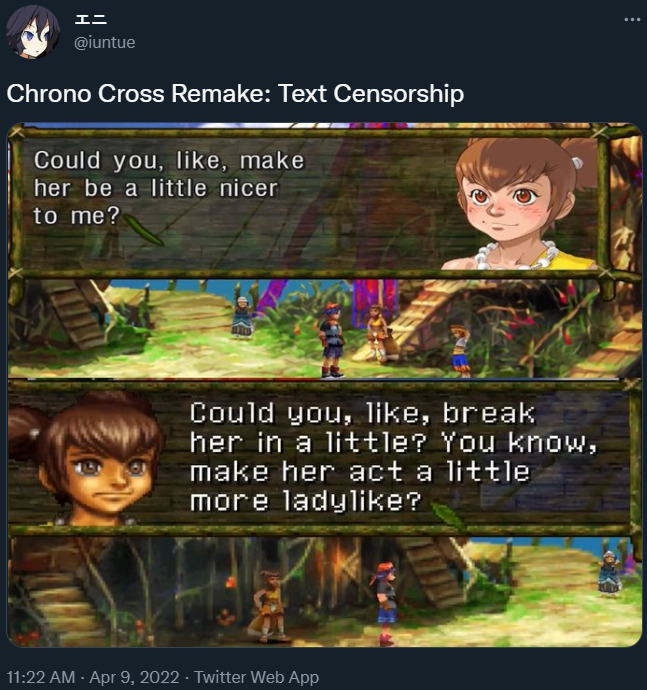 Based on Una’s young age, it’s possible that, his dialogue was originally intentionally written to be humorously misconstrued, playing off of the fact that he has no idea what he is suggesting could have any implications beyond dating or marriage.

Una’s interaction with Serge has also apparently been slightly altered for the game’s Japanese remaster, beginning with the young boy’s declaration that the player was ‘gutsy’. 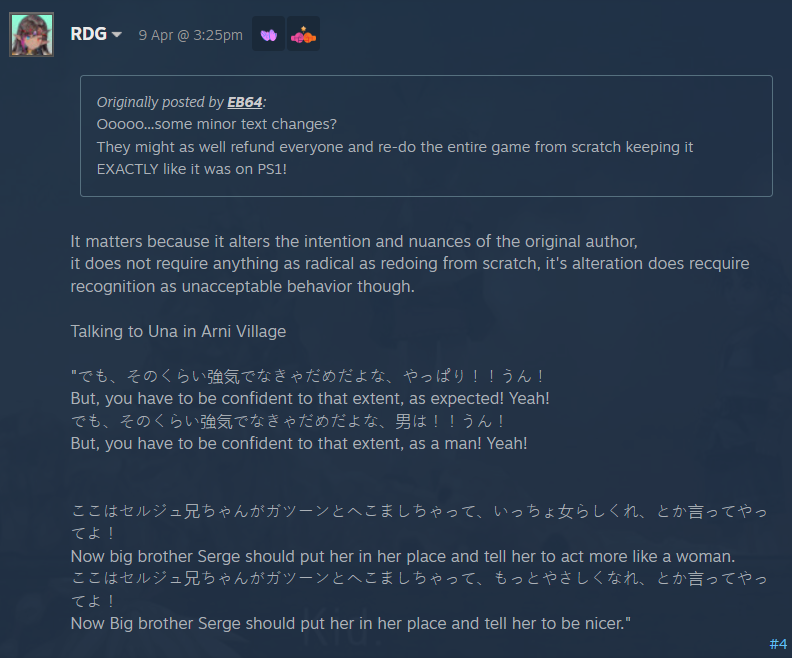 Further, the “break her in” line has also been changed.

In the original Japanese, Una declares, “Now big brother Serge should put her in her place and tell her to act more like a woman. and told her to be a woman!”

However, in the remaster, he instead exclaims, “Now big brother Serge should put her in her place and tell her to be nicer!” 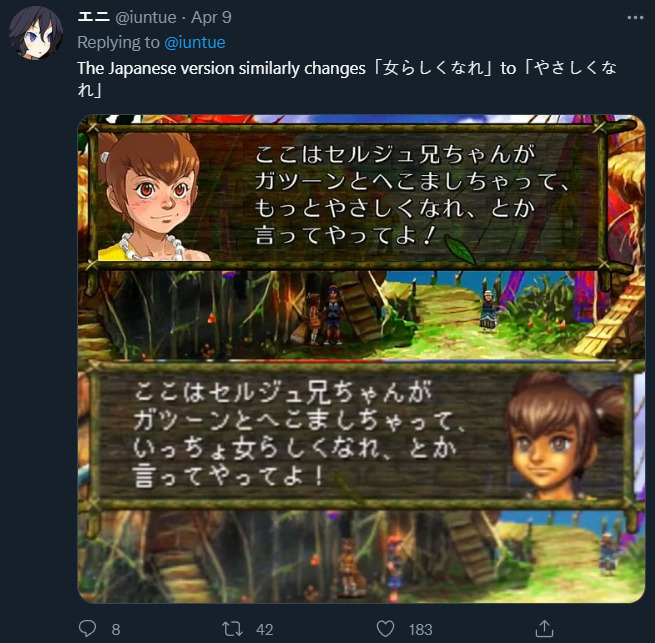 “It has come to my attention that the Chrono Cross Remaster has been Censored,” @politicalawake lamented. “Apparently Sexy PS1 Pixels was just too problematic. The “Ethics Department” truly are the Cancer of Square Enix. If you want to Fight Against Censorship emulate the Uncensored Original Instead” 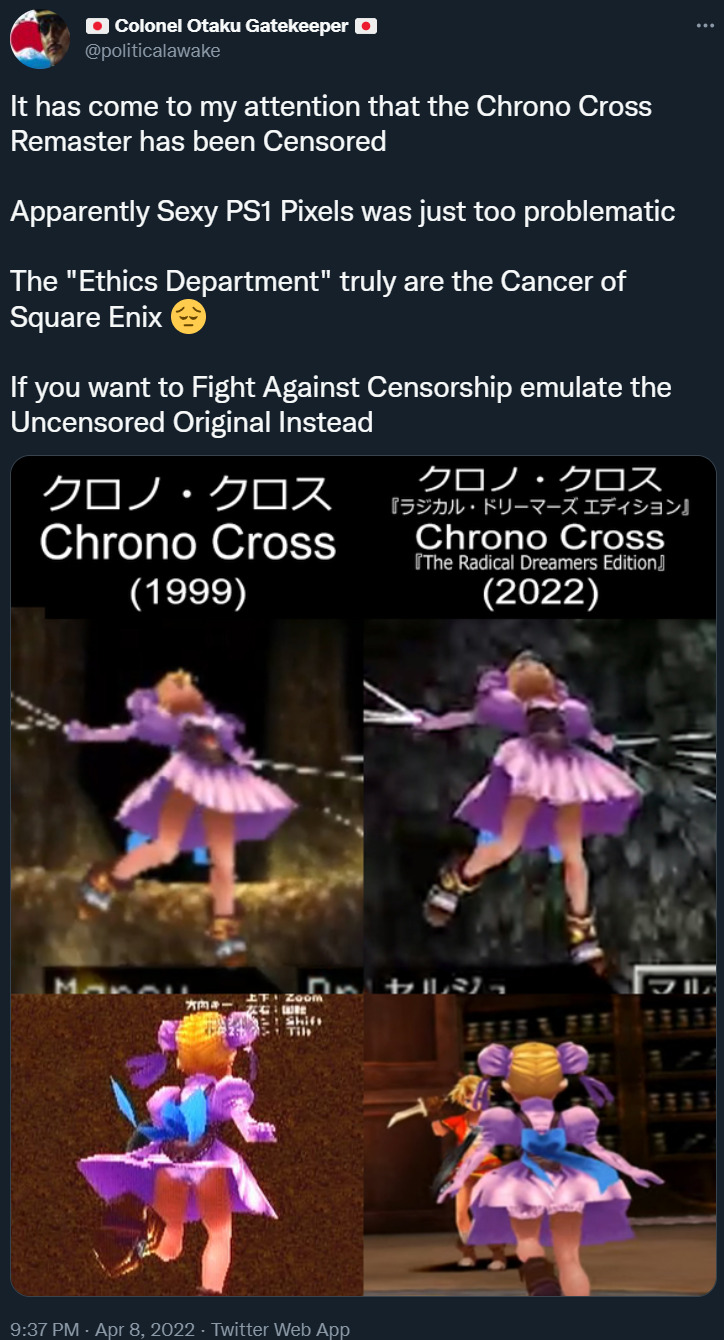 However, this point of discussion was somewhat stymied after it was pointed out that Marcy is nine-years old.

@iuntue also discovered that though other characters such as Razzly and Leah had also been censored, selecting the remaster’s classic graphical option restores the original uncensored models. 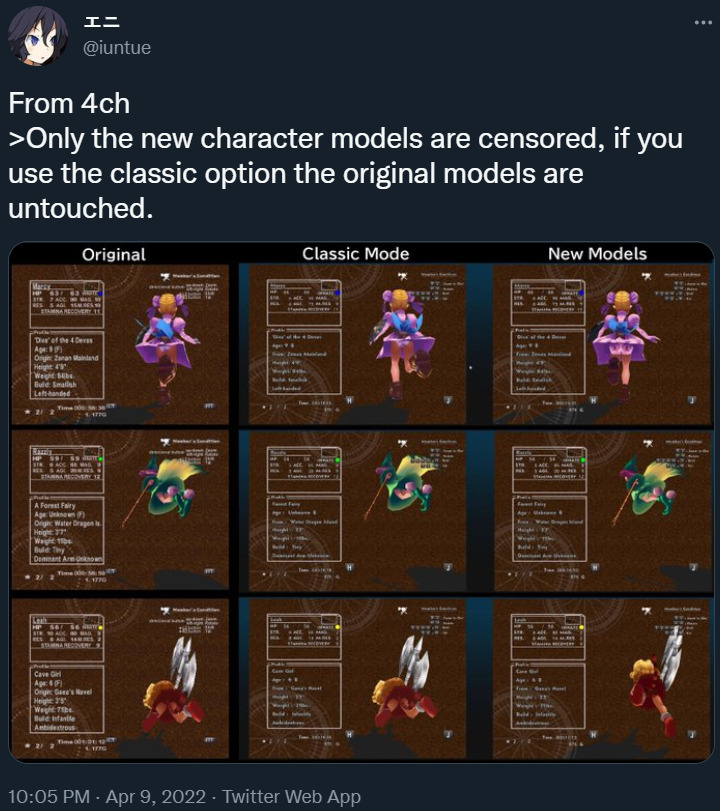 Despite Chrono Cross: The Radical Dreamers Edition being available on multiple platforms, this censorship of even the Japanese version is sure to remind people of PlayStation’s recent turn towards forcing their “global standards” of censorship upon Japanese developers.

The game may have bigger issues however, as both The Gamer and Digital Foundry criticized the remaster for not only its performance being worse than its original PS1 version. AI upscaling of the backgrounds was also criticized for being muddy at times. 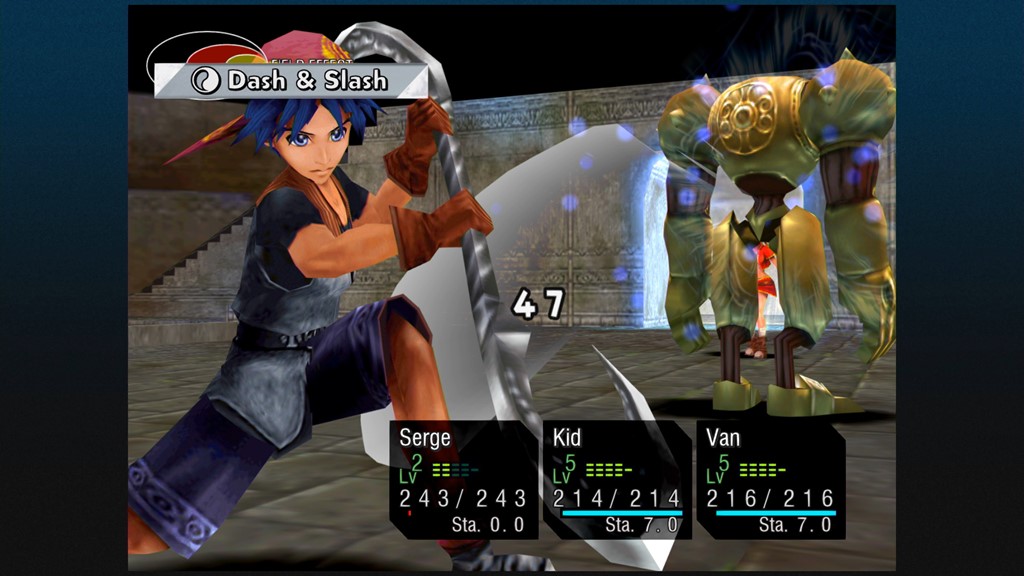 What do you think of these changes made to Chrono Crosss: The Radical Dreamers Edition? Let us know on social media and in the comments below.