Voice actor Vic Mignogna, whose career includes dub roles in such popular anime series as Dragon Ball, One Piece, and Jojo’s Bizarre Adventure, has announced his addition to an upcoming animated web series based on a yet-to-be-released NFT collection.

Taking to his personal Twitter account on April 16th, the former Sabo and Broly voice actor announced, “SO EXCITED! I’ve just been invited to join this amazing project! Check it out!” and shared a link to the Non-Fungible Token (NFT) collection’s website, humanimalsx.com.

Claiming to provide each purchaser with a “unique NFT image” of an anthropomorphized panther and an individual “fictional origin story” for their characters, the Humanimals.x project self-declared overall goal is to “combine digital art, storytelling genius and design to create NFT characters and images unlike any animated NFT feature. “

According to their typo ridden website (for example, the front page claims that “The holder can enjoy a story that is unique each time it is red [sic]), “The holder will get a custom NFT image with its origin story and be part of the animated series curated entirely on the Blockchain.” 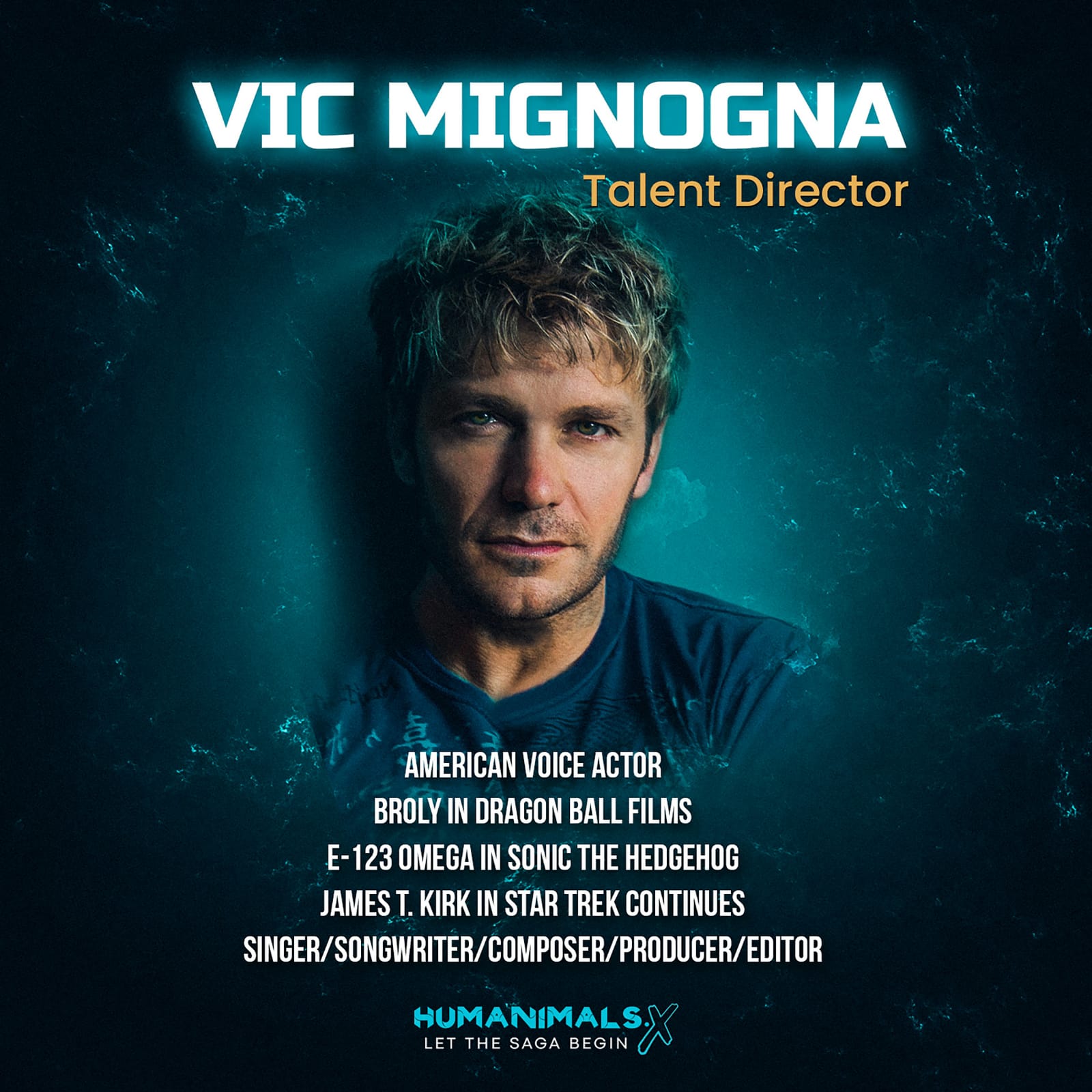 Unsurprisingly to anyone with even a passing familiarity with NFTs, the Humanimal.x website currently provides no actual details as to how each character will be integrated into the project’s supposed story, nor any information as to what exactly its story is.

Further, the NFTs themselves have yet to actually be minted, while links to the project’s Discord, which are plastered across the site’s various pages, all lead to an invalid web address.

Faced with concern and warnings from his fans, many of whom noted the tendency for most NFT projects to be either highly-ambitious with no plan for follow through or outright scams, Mignogna followed-up his original tweet by explaining, “Perhaps I need to clarify…This company is creating an animated series and they have asked me to play the panther, the lead role.”

Later that night, the official Humanimals.x Twitter account would similarly announce Mignogona’s joining of the team, informing their followers, “We are ecstatic to announce that @vicmignogna has accepted the lead role as Panther in our upcoming Humanimals.X series.”

“We are launching our 2D NFT’s soon with a special 3D animated version starring Vic himself,” the account added. 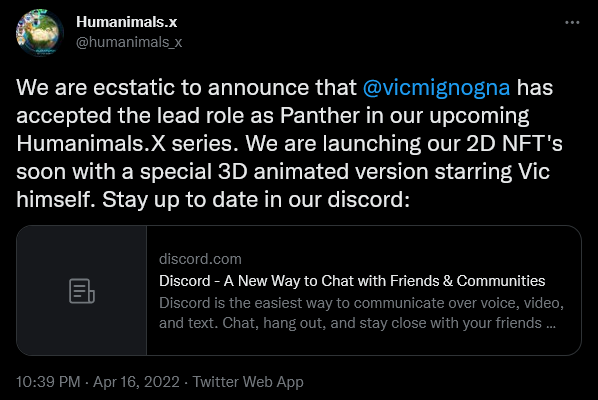 If successfully realized, the Humanimals.x animated series would be the first voice acting project for Mignogna since he was fired from Funimation following accusations of sexual misconduct leveled against him by a number of individuals including fellow anime dub voice actors Jamie Marchi and Monica Rial.

What do you make of Mignogna’s joining of the Humanimals.x NFT project? Let us know your thoughts on social media or in the comments down below!