Star Trek: Strange New Worlds actor Anson Mount defended the inclusion of footage from protests at the United States Capitol on January 6th that was recently used in the newest Star Trek series.

The footage was included in a montage played by Mount’s Captain Pike to the residents of Kiley 279 that had weaponized warp technology and were using it to put down numerous rebel groups.

Pike presents the footage in order to sway the residents of Kiley to abandon their current tactics as well as join The Federation, he says, “I’ve seen my future. Let me show you, yours.”

He then brings up a presentation that includes footage from the January 6th protesters saying, “Our conflict also started with a fight for freedoms. We called it the Second Civil War. Then the Eugenics War. And finally, just World War III.”

He continues, “This was our last day. The day the earth we knew ceased to exist. What began as an eruption in one nation ended in the eradication of 600,000 species of animals and plants, and 30% of Earth’s population.”

“Global suicide,” Pike asserts. “What we gave you is the means to exterminate yourselves. And from the looks of you, you’re going to do it. You will use competing ideas of liberty to bomb each other to rubble just like we did. And your last day will look just like this.”

“Perhaps, somewhere all your ends are written somewhere as indelibly as mine,” Pike says. “But I choose to believe that your destinies are still your own. Maybe that’s why I am here. To remind you of the power of possibility. Maybe that’s the good in seeing my future that I might remind you that right up until the very end life is to be worn gloriously because until our last moment, the future is what we make it.”

“So, go to war with each other, or join our Federation of Planets, and reach for the stars. The choice is yours,” he concludes.

Mount defended the inclusion of the footage in a recent interview with The Hollywood Reporter that was conducted before the premiere of Strange New Worlds.

The Hollywood Reporter’s Ryan Parker asked, “One surprising moment is when Capt. Pike shows footage of the breaking point just before mankind nearly destroyed itself in WWIII, which implied the Jan. 6, 2021, insurrection had some part in the devastating collapse. How did you feel about that being included, knowing it will make some uncomfortable? ”

Mount answered, “I hope it does. We knew we wanted to go there.”

He continued, “Whenever you want to take a big swing on TV, the question is, ‘Are the bosses going to OK it?’ And I’ve got to tell you, we’re taking a lot of big swings on this show. And I have never, in my career, been shown such faith and support by a network or a studio as I have been by this one.”

“CBS, Paramount+, Secret Hideout and Roddenberry Entertainment, they got immediately what we were trying to do and allowed us to take a very big swing there,” Mount said. ” And it just shows that they understand what we’re trying to do and that they get Star Trek. I hope it makes some noise.”

He concluded, “Part of Star Trek is staying relevant without preaching. And I think that we did exactly that.”

Mount wasn’t the only one to defend the inclusion of the Save America Rally, the show’s co-showrunner Henry Alonso Myers defended its inclusion while speaking with TV Line.

“We don’t want Trek to be alienating, but also, the values of Trek are pretty straightforward,” he said.

Myers detailed that with the inclusion of the footage, “we’re saying that this is a time of a lot of conflict. We felt like it couldn’t hurt to put that in as a reminder that the path of conflict has a consequence.”

“It wasn’t a scolding or a shaming thing. It was more trying to say that this is a message that we hope will have resonance for today,” he explained.

Myers would also tell TV Line, “We’re trying to present the message of hope. Ultimately, that’s what this show is about.”

“We also don’t want to shy away from social issues because that was what Star Trek has always been about. Star Trek has never shied from this stuff, and to do that doesn’t feel like the show to us,” he asserted. 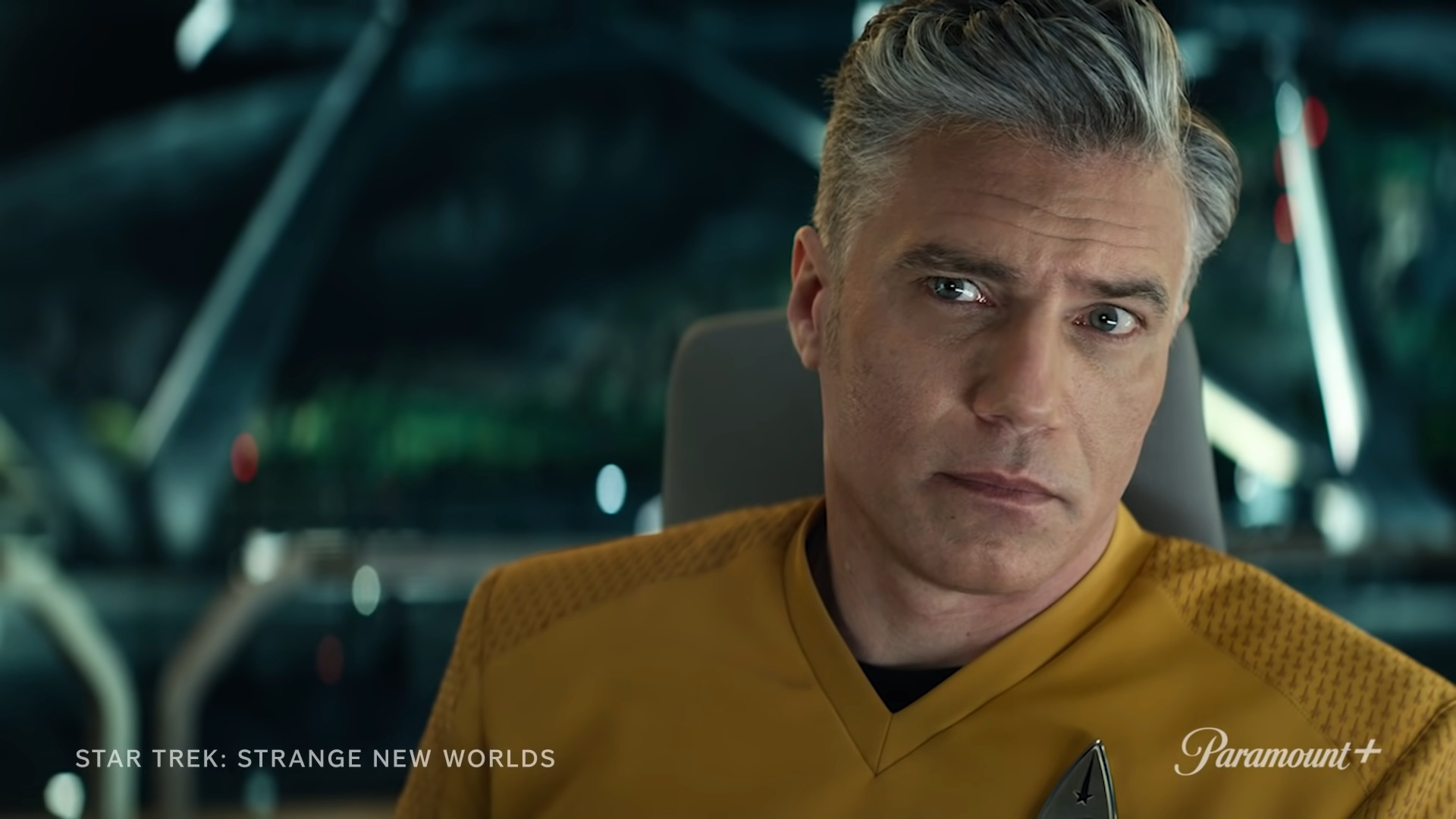 He later explained, “There was just this need to have something hopeful to look at, to feel that the future wasn’t necessarily a terrible place, [and] that maybe it’s a great place.”

“That’s one of the central tenets of the Roddenberry ethos — this amazing future where people from all different races and creeds and planets somehow find a way to work together. Yes, there’s conflict, but they find a way to work through [that] by coming together. It was a very nice, hopeful place to be during a challenging time,” Myers concluded.

What do you make of their defense of including footage from the Save America Rally and the riots on January 6th?

NEXT: Star Trek Actor Anson Mount Claims James Gunn Has No Talent, Tells Him To “Delete Your Account”