According to a new report, Tencent has recalled Marvel Comics’ license to Conan the Barbarian, supposedly in preparation to self-publish their own stories based on Robert E. Howard’s iconic Hyperborean warrior. 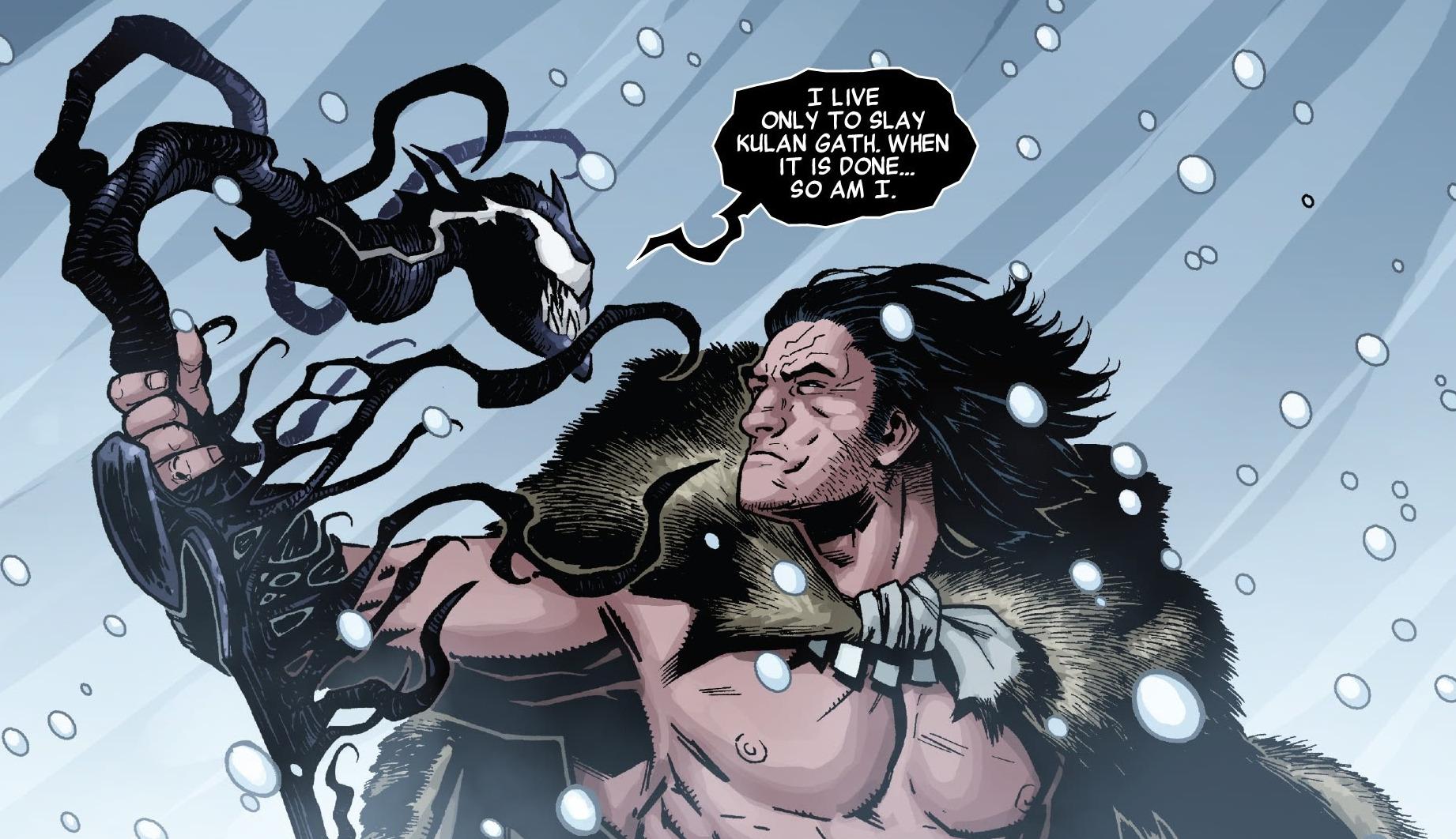 Word of Conan’s departure from the once-esteemed comic book publisher’s catalog of IPs was first brought to light by Bleeding Cool’s Rich Johnston, who on May 14th published a report to his website announcing, “Conan License To Move On From Marvel Comics”.

Johnston states that he first become aware of a supposed loss of the Conan license by Marvel after coming across a Facebook post from an unspecified but “well-connected fan” to an unspecified Conan the Barbarian fan page in which they declared, “Say goodbye to seeing Esad [Ribic]’s Conan cover work and there will be no follow up to Conan: Exodus, as Marvel no longer owns the rights to the character.” 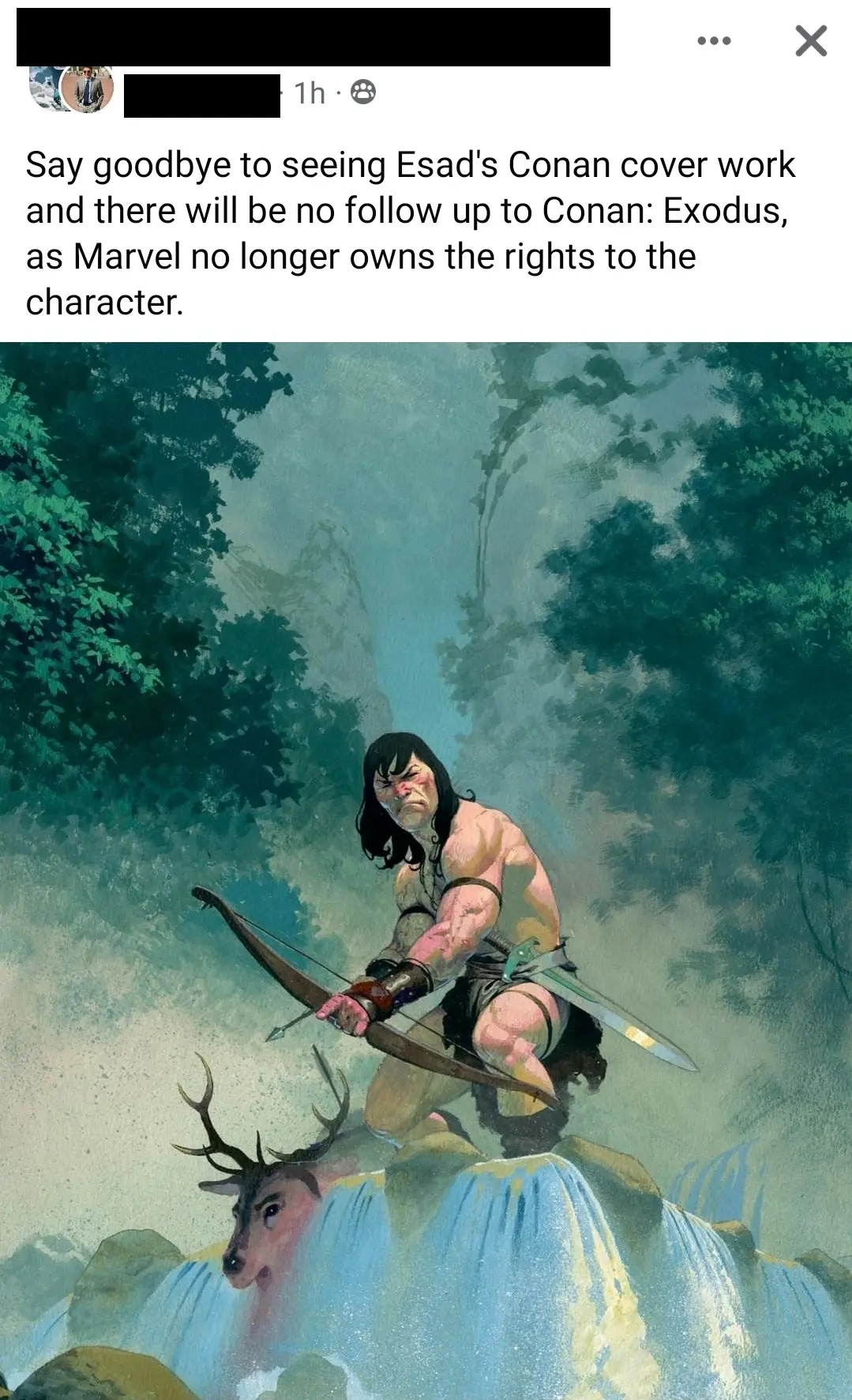 Prompted by this post, Johnston claims to have done “a little digging” while in attendance at the 2022 Lake Como Comic Art Festival, held on May 13th-15th in Cernobbio, Italy, and in doing so learned that Cabinet Entertainment, who currently controls the rights to the Conan IP through their subsidiary Conan Properties International, would indeed be recalling the license from Marvel. 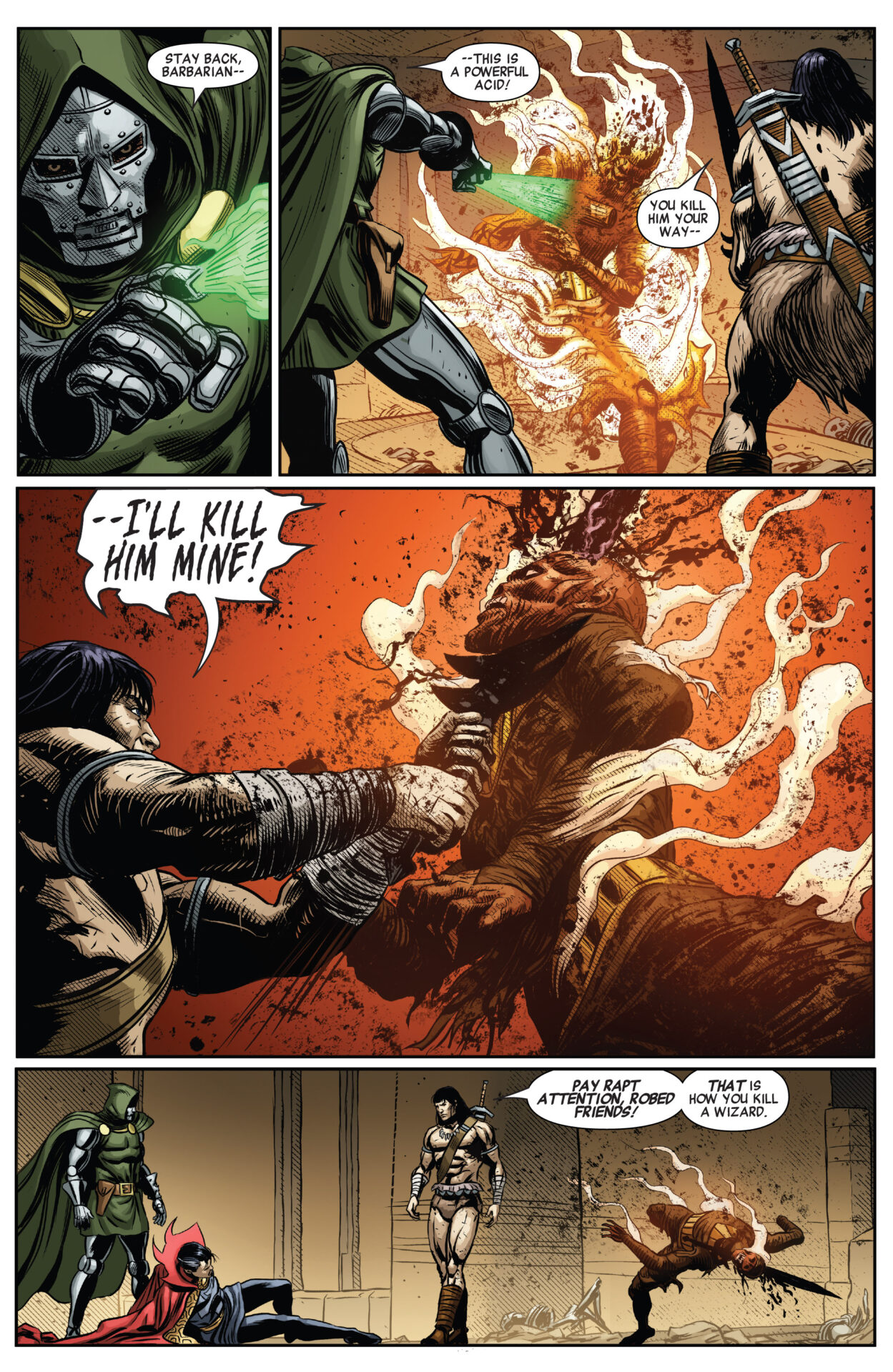 “Bleeding Cool understands that this company, or new owners, now wish to publish Conan comic books themselves,” wrote the noted comic book journalist. “And so won’t be renewing the Marvel Comics license.”

Though Ribic himself was in attendance at the festival, it is unknown whether or not he had any involvement in confirming this information to Johnston, as the latter has not publicly identified his alleged sources. 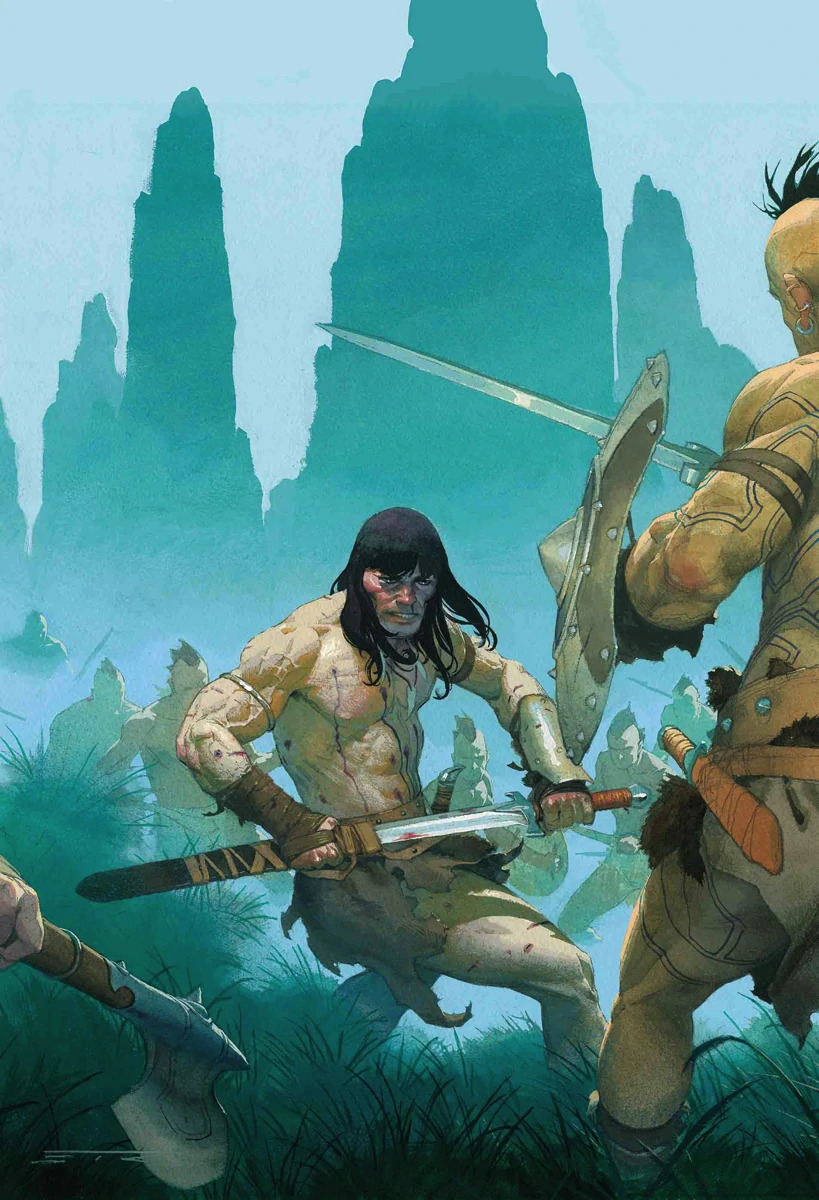 Interestingly, Johnston additionally reported “that this will not affect Conan backstock of collections and omnibuses which Marvel will continue to publish.”

“[I also understand] that [Marvel] could even use the Conan character in continuing Savage Avengers comic books,” he added. “That will have to be seen.” 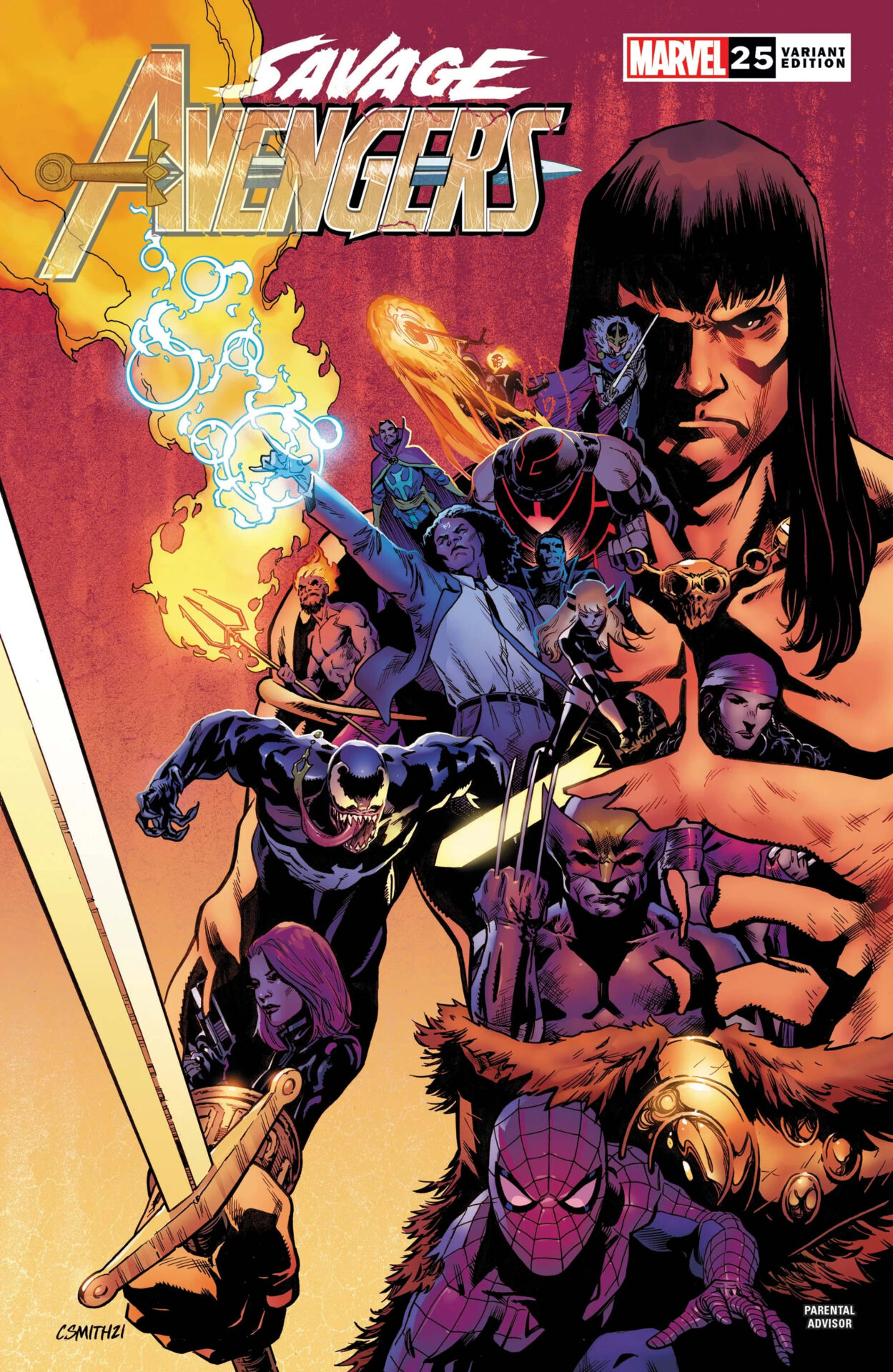 It should be noted that, thanks to the Chinese tech conglomerate’s acquisition of Norwegian video game developer Funcom in 2020 and the subsequent purchase of Cabinet Entertainment by Funcom in 2021, this recall leaves most Conan the Barbarian media now under full control of the aforementioned Tencent. 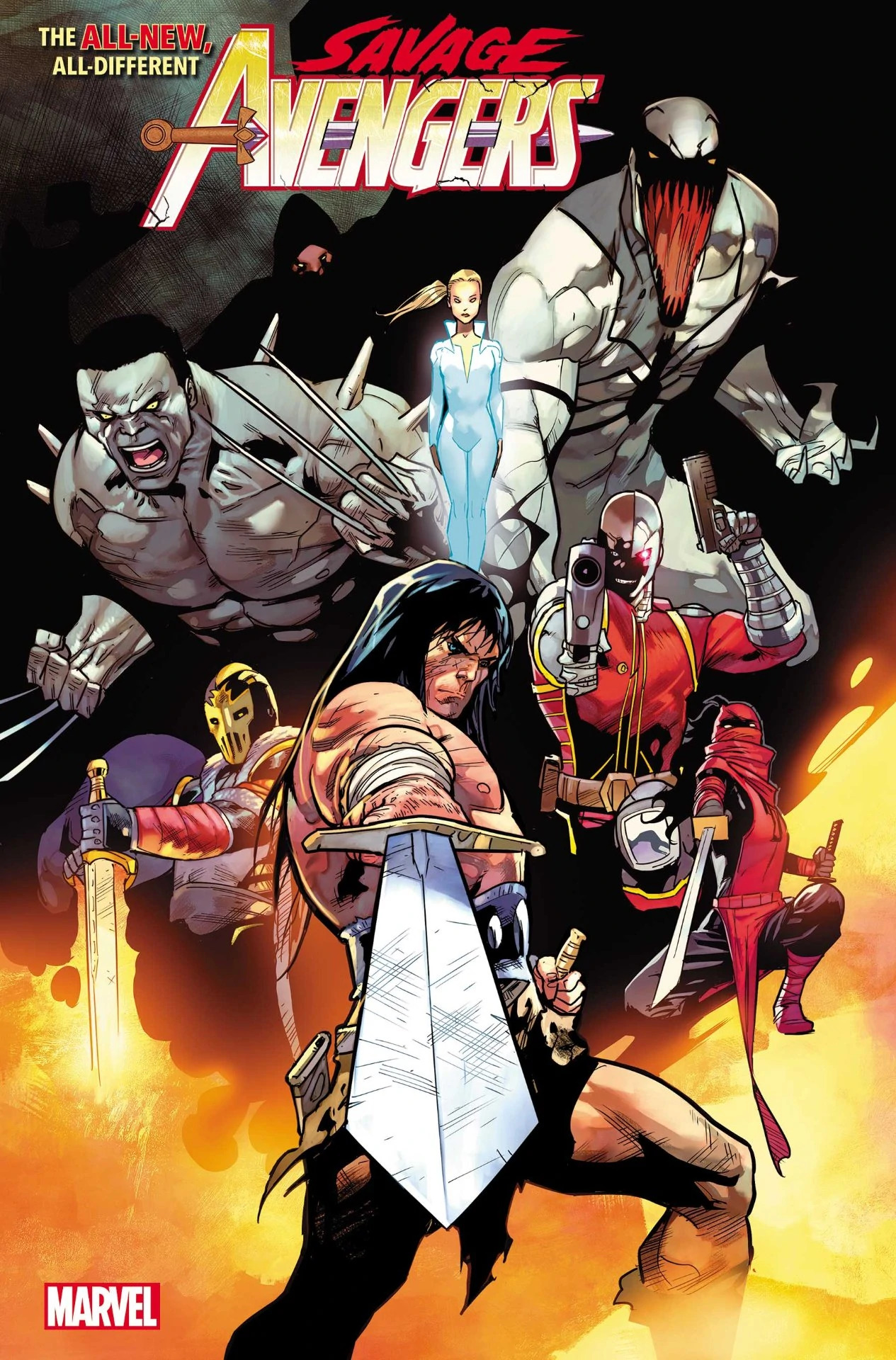 This decision comes just a four years after Marvel Comics reacquired the license to Conan from Dark Horse Comics, who had previously taken the character over in 2003 following an iconic 33-year run at their rival publisher.

As seen in solicits, Conan is currently set to appear in Marvel titles at least through July, including Savage Avengers Vol. 2 #3 and King Conan Vol. 2 #6 – the latter of which the publisher teases “closes out this saga of KING CONAN!” 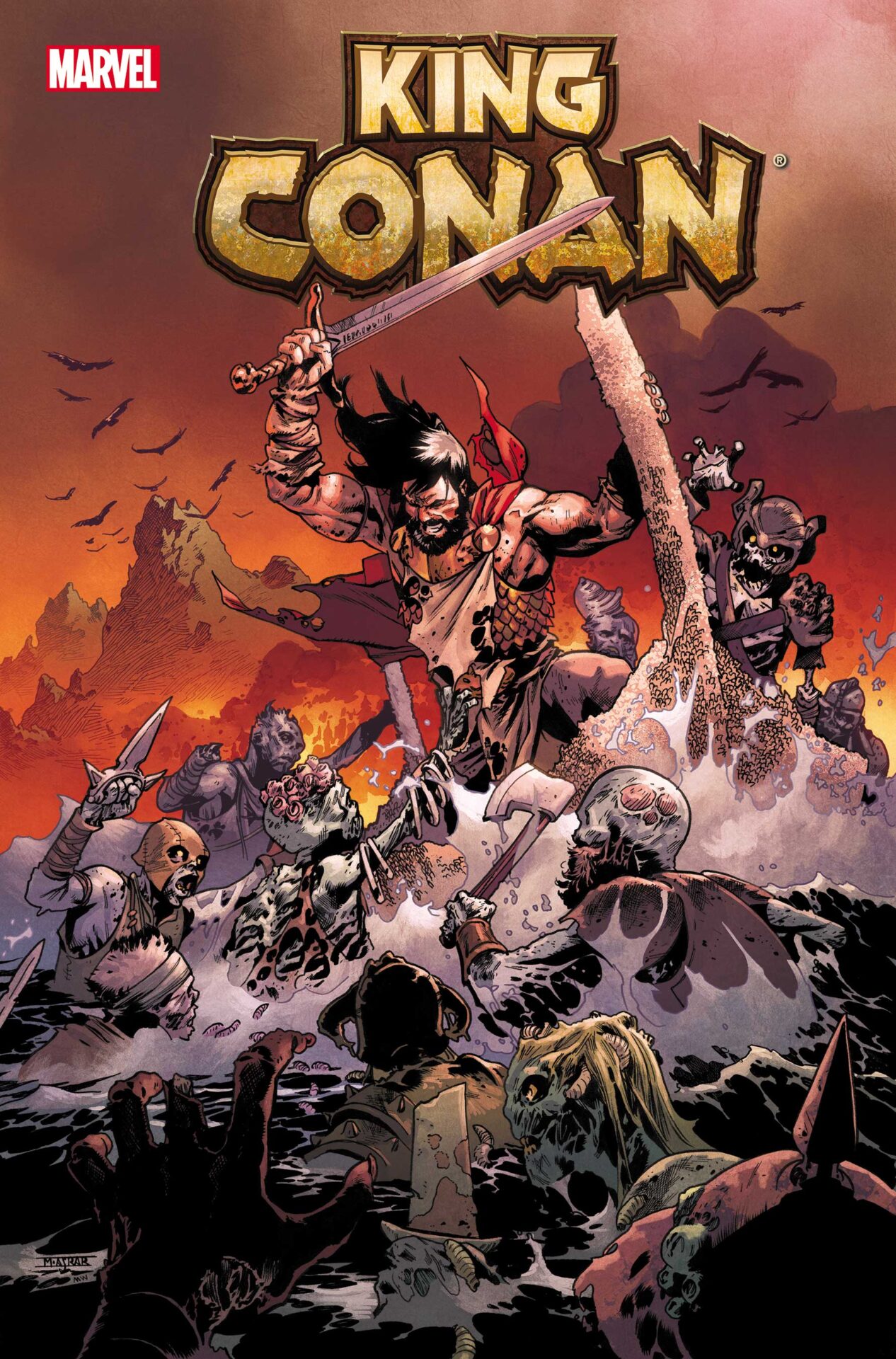 What do you make of Marvel’s losing of the license to Conan the Barbarian? Let us know your thoughts on social media or in the comments down below!