Despite what appears to be manufactured outrage regarding Obi-Wan Kenobi actress Moses Ingram, it’s not hiding the Disney+ Star Wars series’ poor quality as audience scores for the show are nearing The Last Jedi levels.

Following the release of the show’s third episode, the audience scores for Obi-Wan Kenobi have plummeted to 56%.

That score is only 14 points higher than The Last Jedi, and if this massive decline turns into a trend, it’s hard not to see it potentially drop below The Last Jedi.

While it’s not at The Last Jedi levels yet, the series is the worst rated live-action Star Wars show on Disney+.

The Mandalorian has a 91% score. Breaking it down by season, the first season has a 92% audience score and the second season has a 90%.

The Book of Boba Fett barely beats out Obi-Wan Kenobi with an audience score of 59%.

On Metacritic, the user scores are even worse than on Rotten Tomatoes. The show has a user score of 3.7 from 113 ratings. There are 27 positive ratings, 15 mixed, and 71 negative.

Like Rotten Tomatoes, Obi-Wan Kenobi is the worst rated Star Wars live-action series on Disney+. The Mandalorian has a user score of 8.4 from 938 ratings with 812 positive, 68 mixed, and 58 negative.

On IMDb, the show still has a respectable weighted average of 7.9 out of 10 from 29,368 users. Interestingly, the median score is 9 while the arithmetic mean is 8.0. 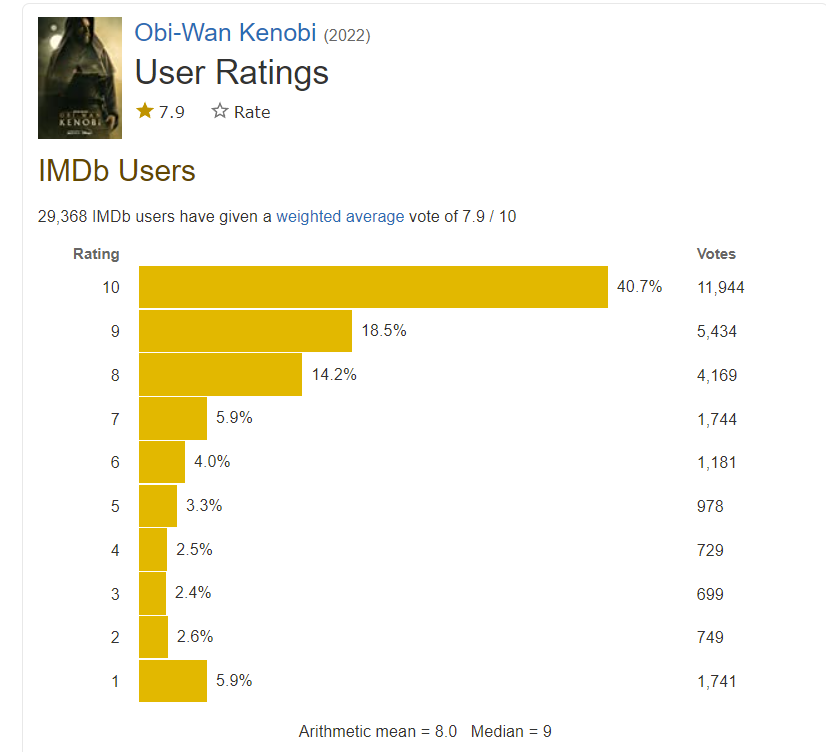 Looking at the demographics, the show is receiving much higher scores from women compared to men. Overall women give the show a score of 8.6 while men give a 7.8.

There isn’t much disparity looking at age although individuals between 18-29 rate it slightly higher than those 30+. 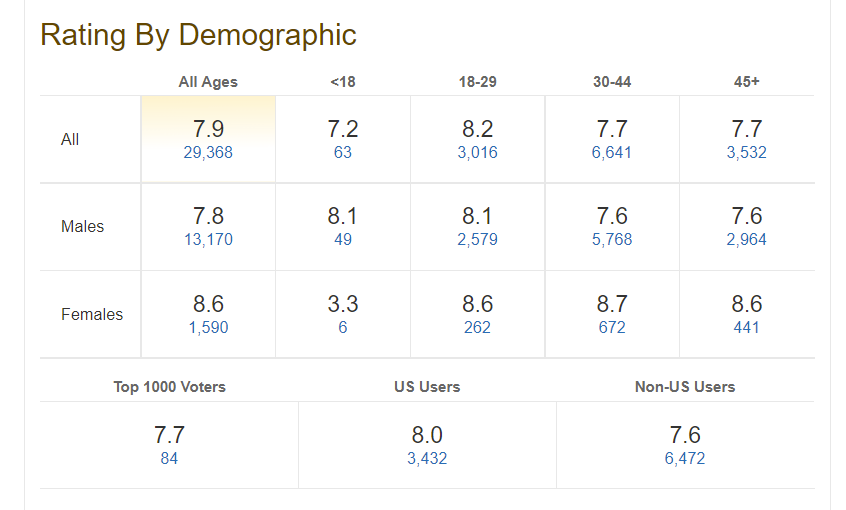 Obi-Wan Kenobi is not the worst rated live-action Disney+ Star Wars show on IMDb, it still fares better than The Book of Boba Fett at this point. 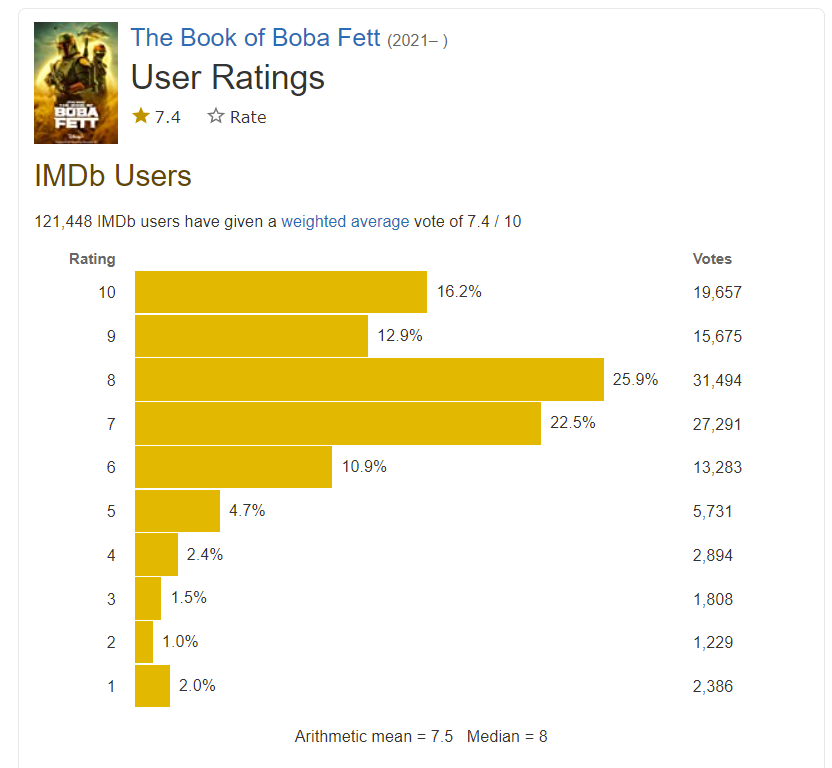 Like on Rotten Tomatoes and Metacritic, The Mandalorian is the highest rated show. on IMDb it has a weighted average of 8.7 out 10. The median is 9 and the arithmetic mean is 8.8. 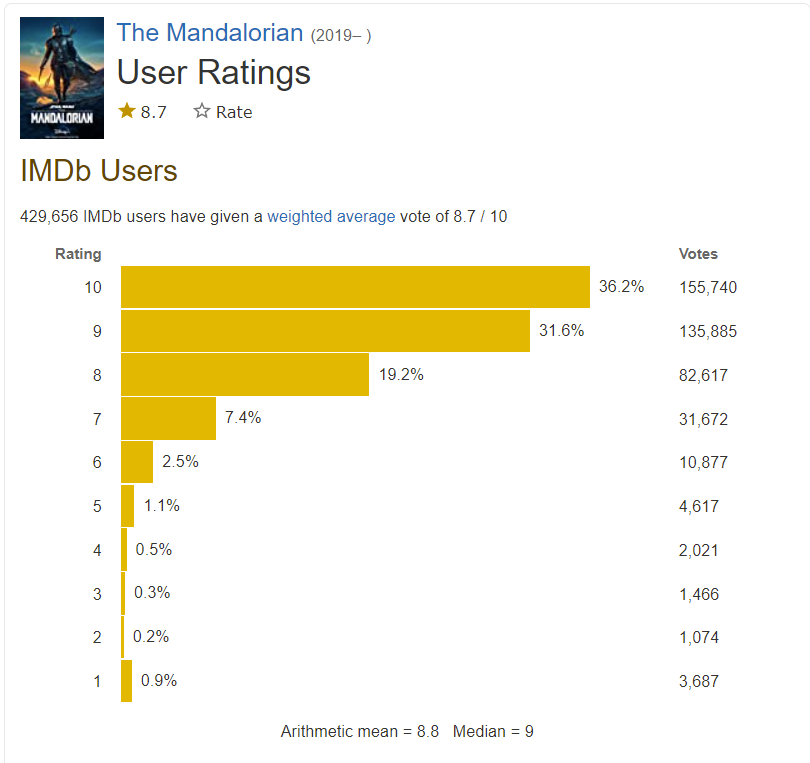