The upcoming One Piece Film: Red has received a bevy of new media ahead of its upcoming release, including a trailer, information on the mysterious “Uta Project,” and a new key visual drawn by series creator Eiichiro Oda 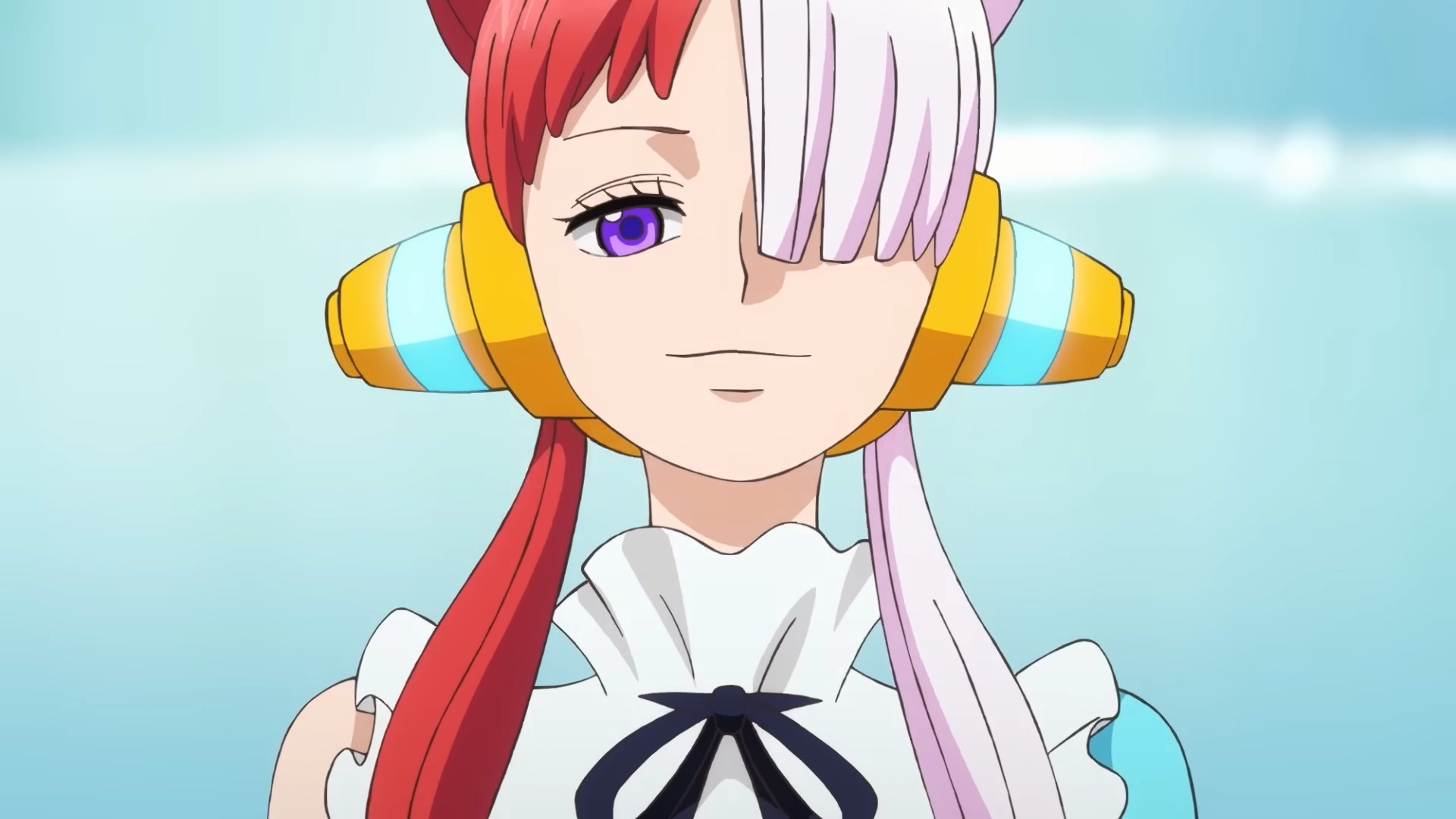 Related: One Piece And Eiichiro Oda To Go On One Month Hiatus In Preparation Of Series’ Final Arc

This deluge of updates regarding One Piece Film: Red was revealed to fans during a June 8th livestream event dedicated to the upcoming film. 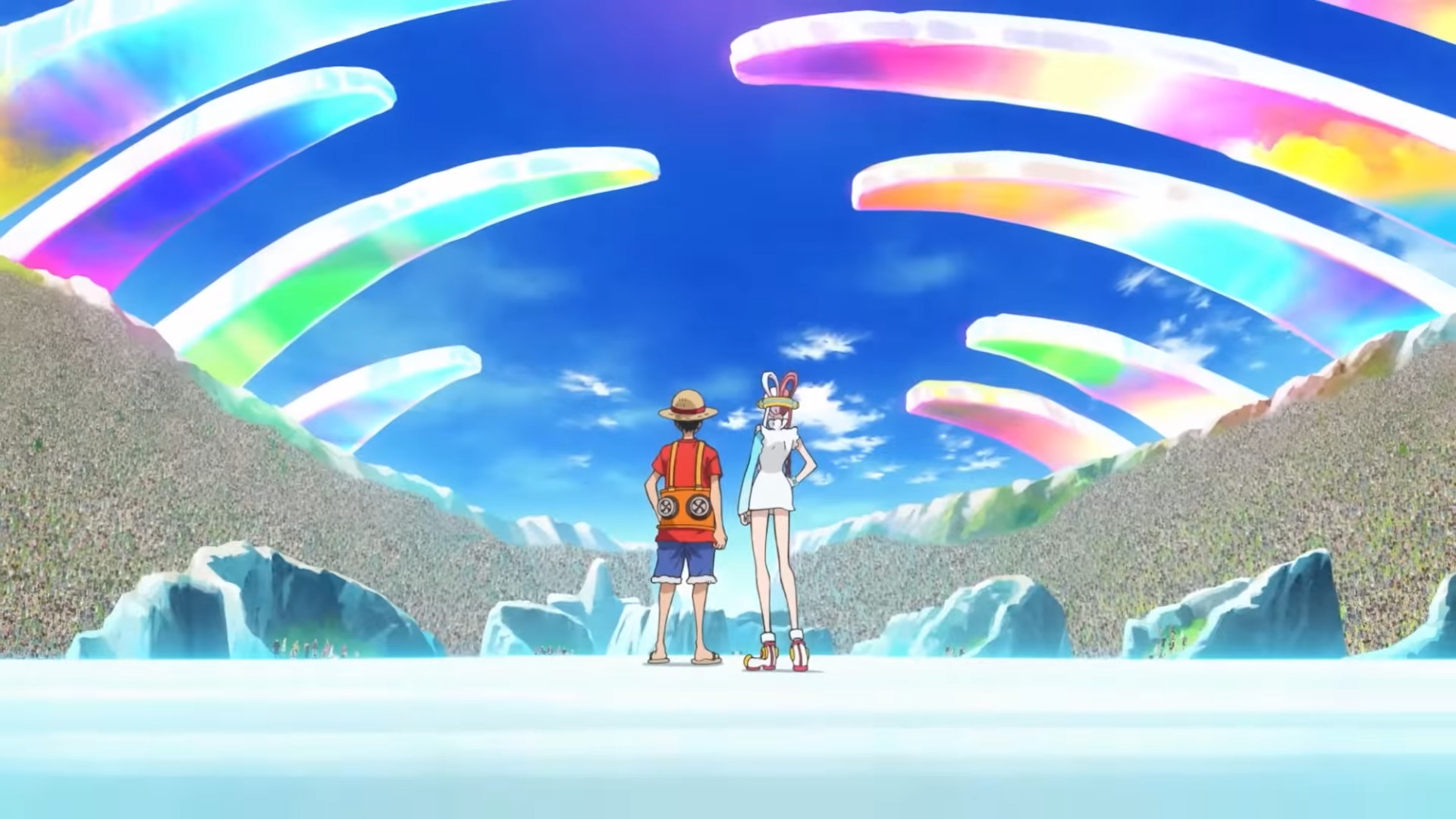 As was subsequently tweeted out by the official One Piece Twitter account, the Frankenstein’s Monster-looking character who “holds the key to the story” will be voiced by Kenjiro Tsuda (Overhaul, My Hero Academia). 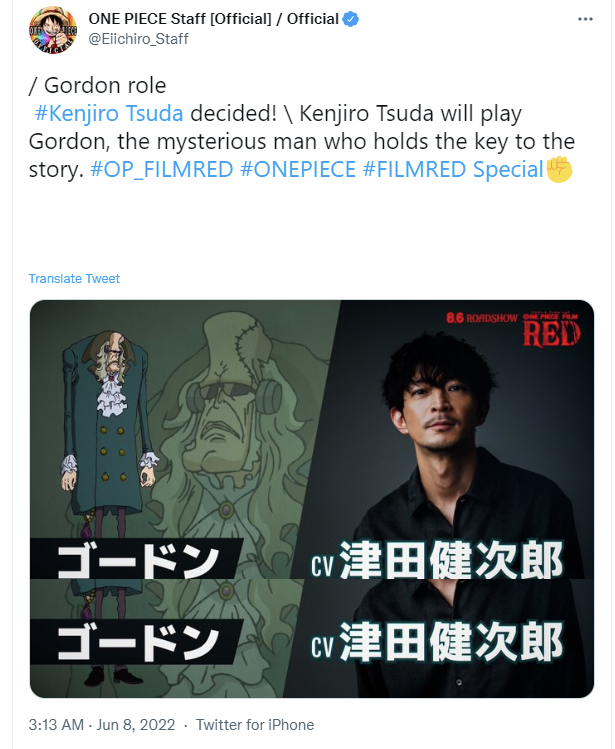 This news was followed by a subsequent casting announcement in which it was revealed that Shanks’ supposed daughter and the film’s central character, Uta, will have her speaking voice provided by Kaori Nazuka, with her singing pipes provided by Japanese singer Ado. 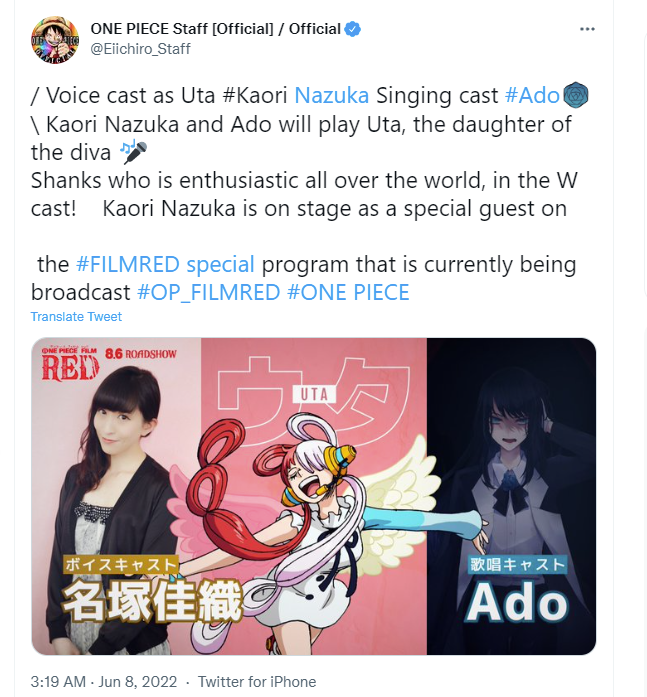 These casting announcements were then followed up by the premiere of a new trailer for the film.

As the trailer opens, Luffy is shown reuniting with Uta for the firt time in 12 years.

Based on her reaction, she’s both excited and shocked to see him after such a long period of time. 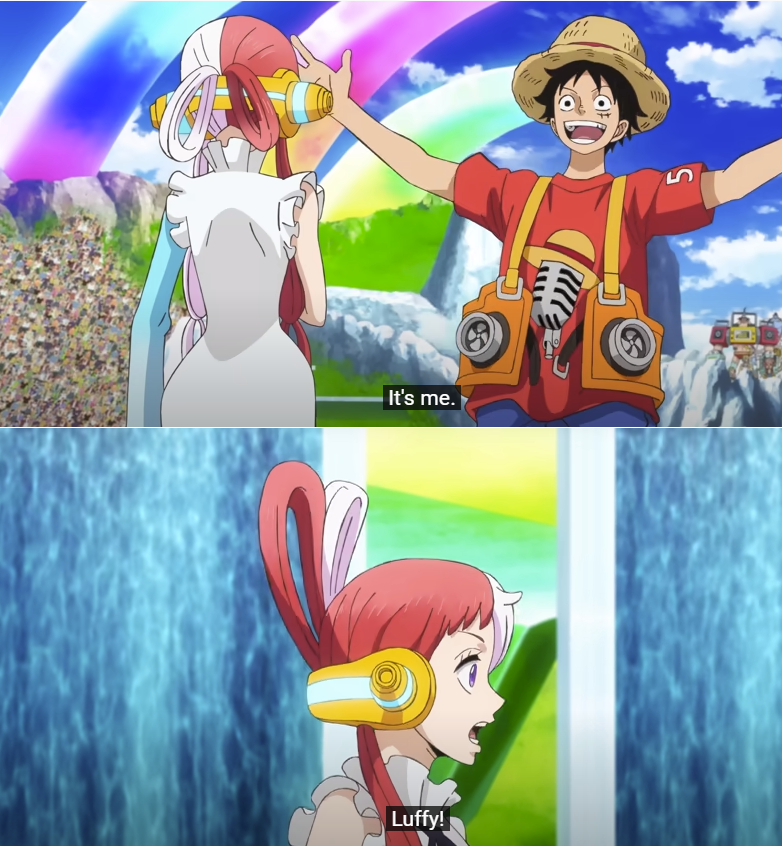 Looking like a card carrying member of the Kiss Army and waving an Uta Sign, Usopp is then seen demanding Luffy tell him how he knows Uta.

Chopper, adorned with glowsticks and Uta pins, likewise demands that his captain reveal his secret.

The reason, Luff responds, is simple: he knows her because she’s Shank’s daughter. 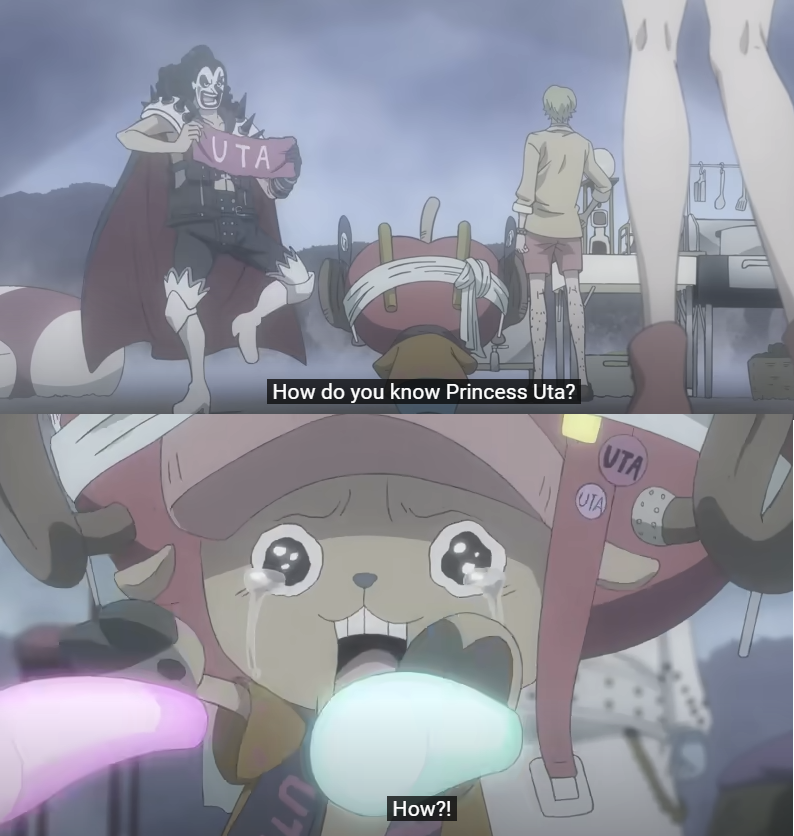 This answer is then followed by a shot of Shanks, though given his character’s mysterious nature, it’s more likely than not that he won’t be in much of the movie.

Next, the trailer announces that the film’s theme song, New Genesis, will be provided by the aforementioned Ado. Not only that, but in a particularly cool detail, it looks like Uta will also perform the song within the film itself. 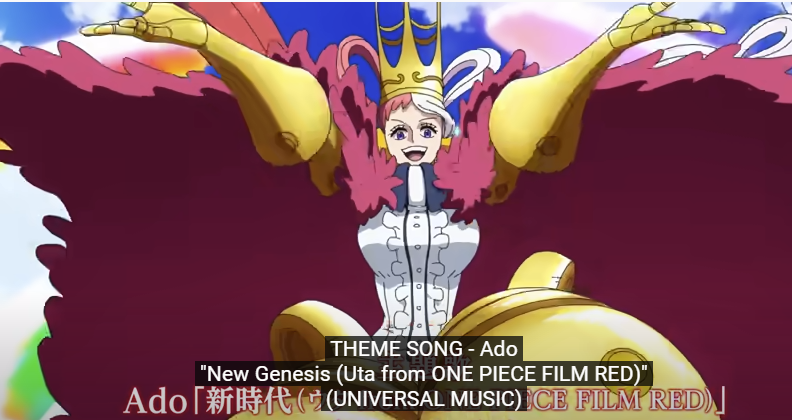 Keeping the spotlight on Uta, the trailer cuts to provide some insight into her character, with the popstar princess narrating, “As long as I sing, everyone will be peaceful and happy!”

Unfortunately for her, it seems a band of pirates has other plans for her, and rather than peace and love, they’ve come bearing war and chaos. 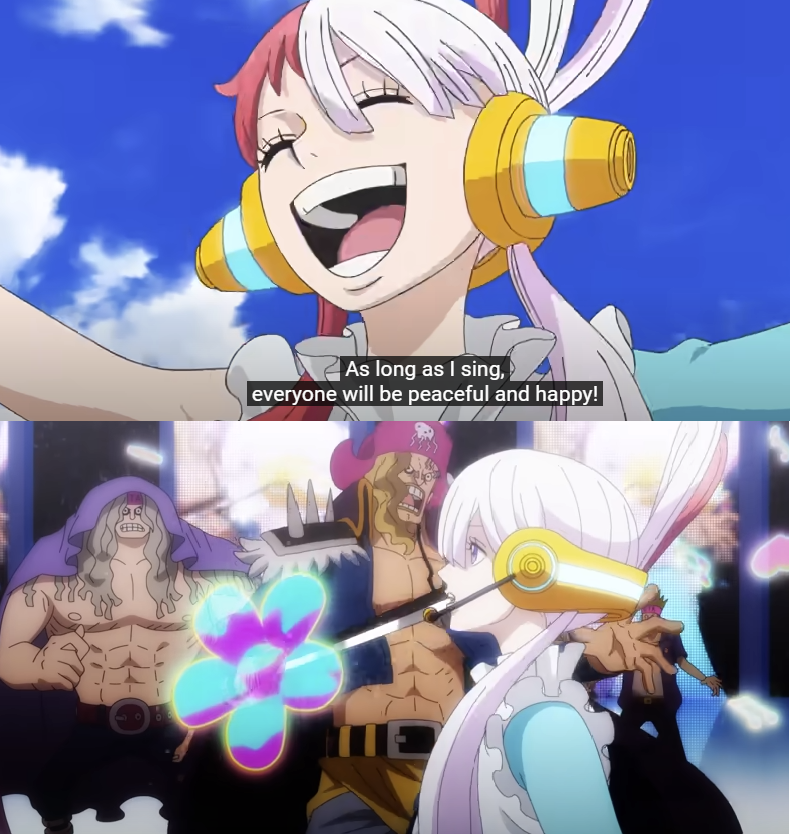 The trailer then presents a quick montage of shots centered on the Straw Hats themselves, among which can be seen the first appearance of “Sunny-kun,” an apparent transformation of the Straw Hats’ ship, the Thousand Sunny: 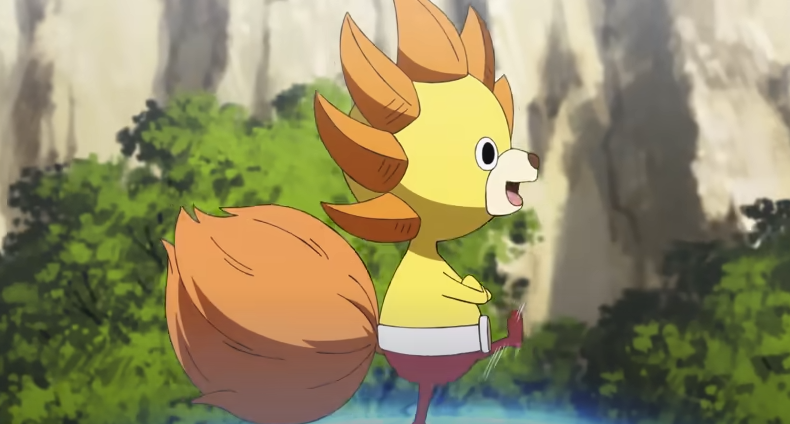 A scene of young Uta and Luffy meeting and playing near Shanks’ ship, though unfortunately without any sign of Garp, Ace, Sabo, or even Shanks’ straw hat, indicating that this moment took place before Luffy ate the Gum Gum fruit: 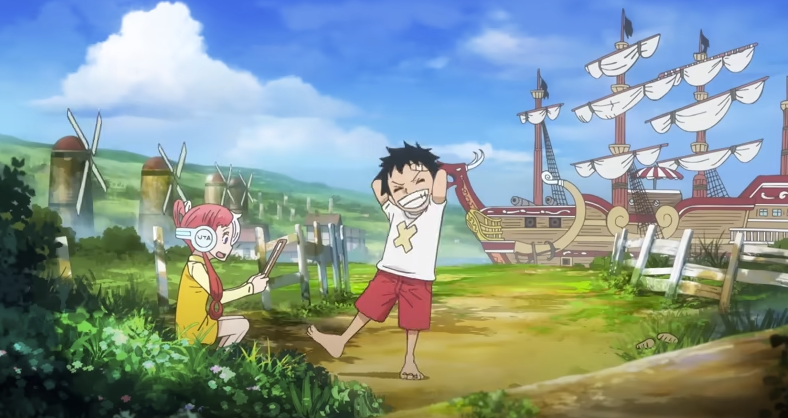 Zoro wielding his swords, one of which is the purple-hilted Enma he recently acquired in Wano, his wielding of which places the film sometime during or after the recently-wrapped story arc: 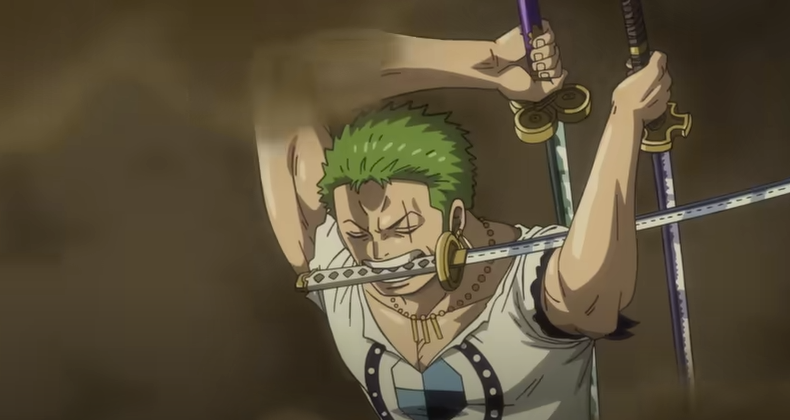 Sanji rushing towards the camera, ready to unleash an Ifrit Jambe, the move he learned in Wano after accepting the Germa part of his bloodline during his fight against Queen: 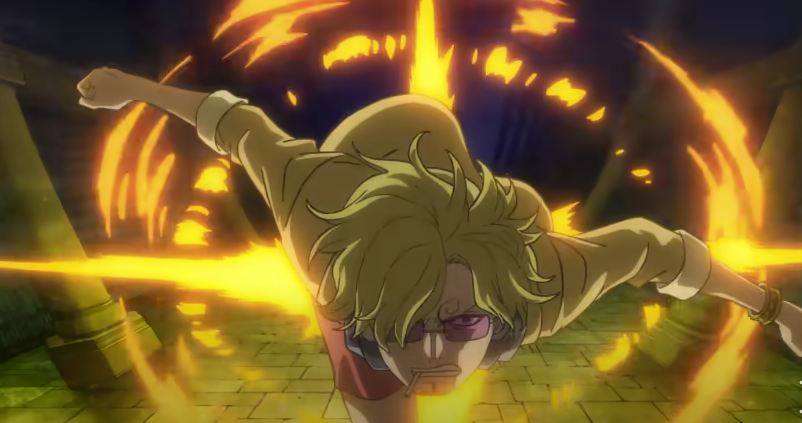 Nami utilizing the former cloud of Big Mom, Zeus, in another sign that the film likely takes place after Wano: 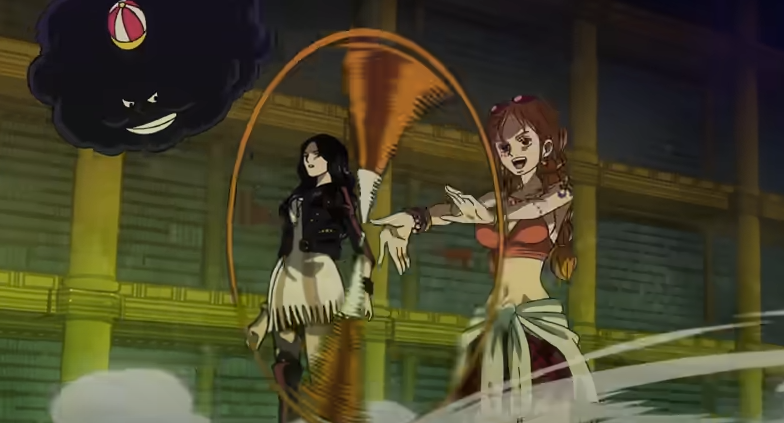 And, in the strongest indicator that the Straw Hats’ meeting with Uta takes place after Wano, the crew’s latest member, Jinbei himself: 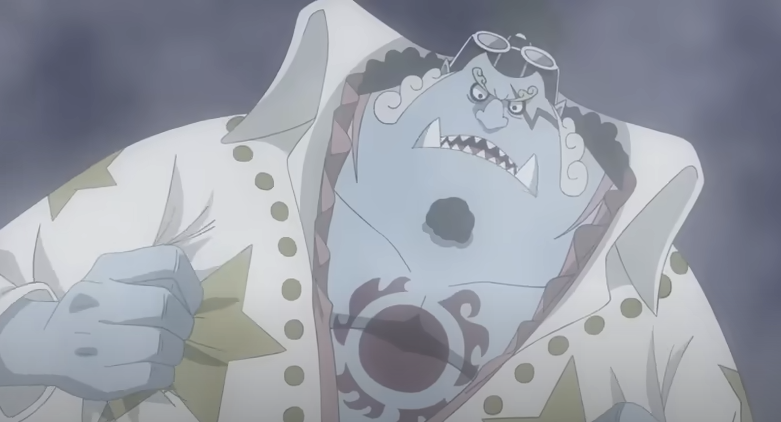 Finally, the trailer ends with a furious Luffy launching himself at a dragon-riding Uta, ostensibly in an attempt to break through to his friend before she uses her beastly companion to unleash destruction: 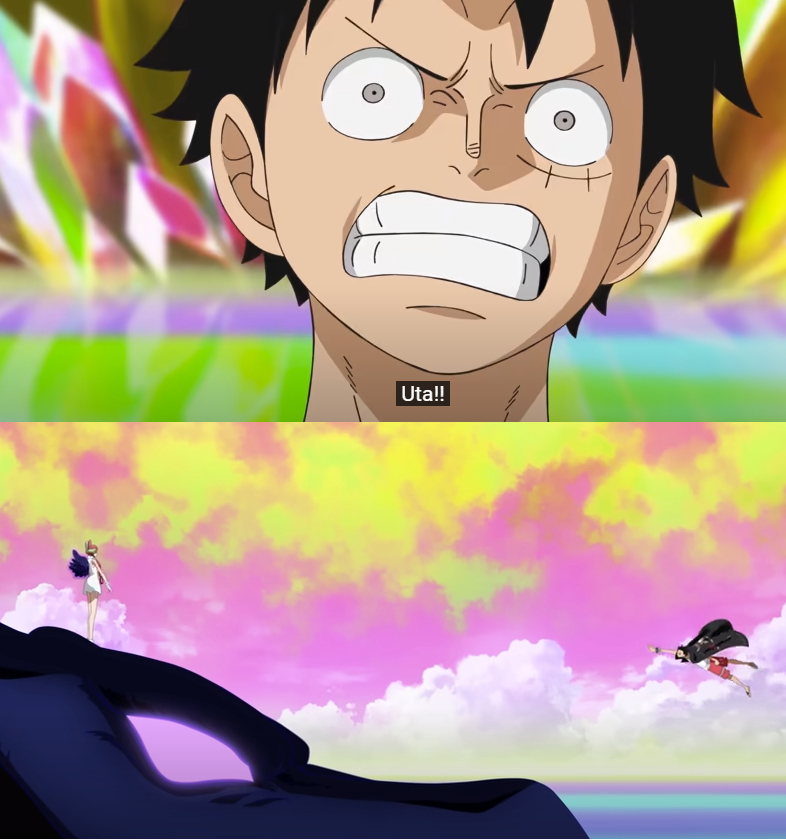 Following the trailer, the special presentation revealed the names of the seven artists whose songs will be featured in the movie.

As per a tweet by the official One Piece account, these artists will include Yasutaka Nakata, Mrs. GREENAPPLE, Vaundy, FAKETYPE, Hiroyuki Sawano, Yuta Orisaka, and Motohiro Sata.

Further, the livestream provided details on the previously teased Uta Project, revealing that the project will involve the production of several music videos starring Uta, each of which will be produced by different creators.

Alongside these music videos, the project will produce a short episode of a new mini-anime called Uta’s Diary to accompany each music video. 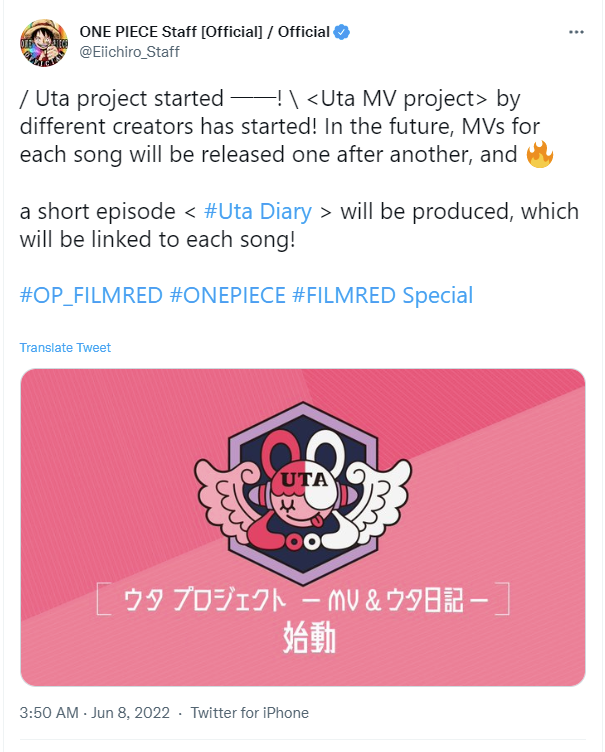 Drawn by Oda himself, this latest key visual sees a crying Uta superimposed over an image of Shanks and Luffy. 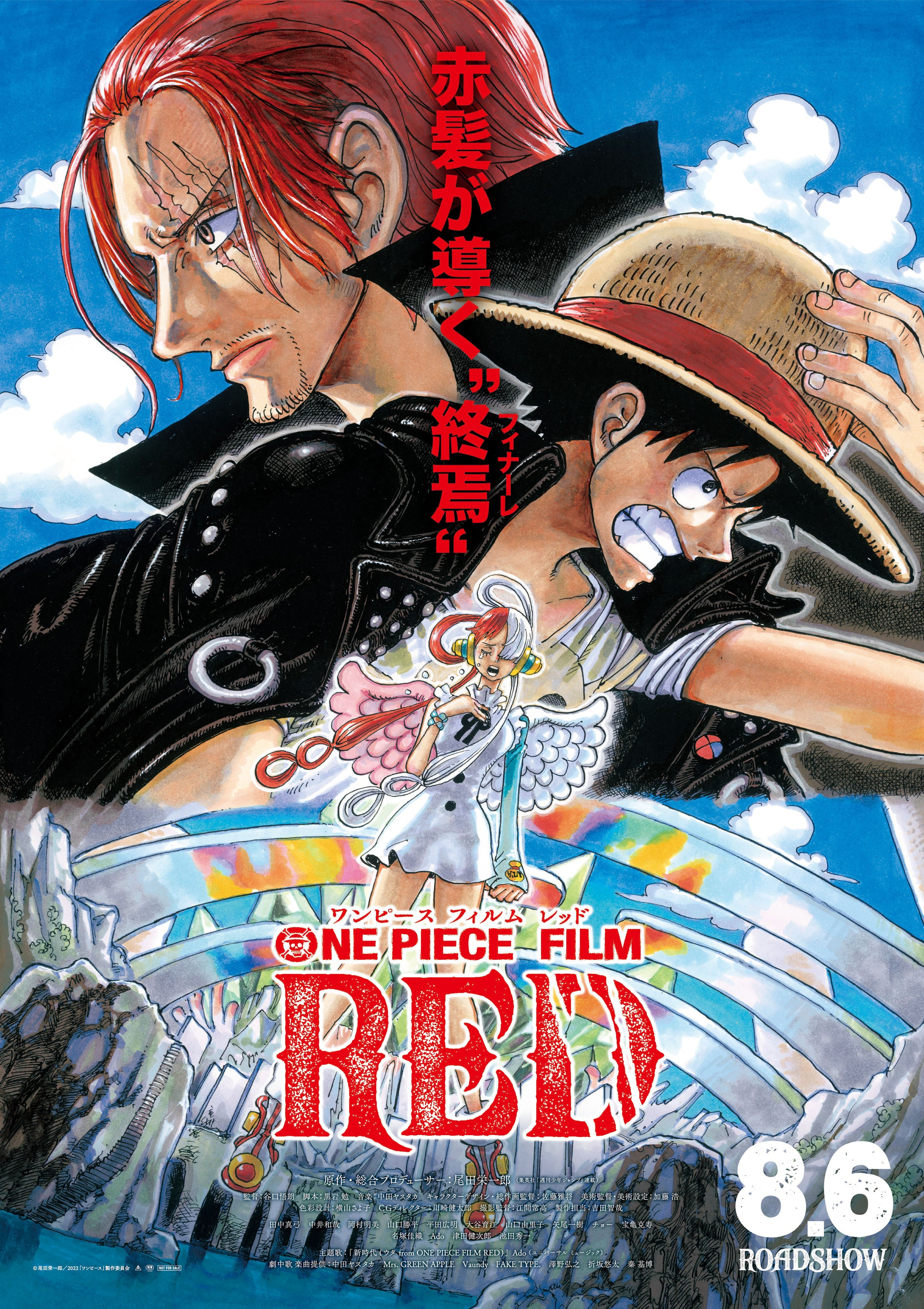 What do you make of this latest trailer for the next One Piece film? Let us know your thoughts on social media or in the comments down below!