It’s time to head back to Night City, as Netflix and Studio Trigger have given audiences their first official look at their upcoming Cyberpunk 2077 anime spin-off, Cyberpunk: Edgerunners.

Related: Street Fighter Fans Divided Over Whether Chun-Li’s New Design Is A Politically Correct Regression Or A Beautiful Upgrade

Based on CD PROJEKT’s ambitious video game of the same name, the upcoming series made its visual debut on June 8th as part of Netflix’s Geeked Week, an annual event hosted by the streaming giant and dedicated to providing new info on their upcoming ‘geek culture’-related productions.

Marking the first time Cyberpunk: Edgerunners has been show off in motion, Studio Trigger began their appearance at the event by unveiling the series’ first teaser trailer:

The trailer itself begins with a glimpse at the ordinary street life of the series’ protagonist, David:

Before transitioning to a shot of the City Center, which according to the Cyberpunk 2077 official Database entry, “If you stand in the middle of Corpo Plaza and observe what’s around you – all the breathtaking megabuildings, office blocks, bars, clubs, architectural wonders and dazzling neon signs – it’s hard to believe that only a few decades ago the area looked like a smoldering battlefield in the aftermath of the 4th Corporate War and the nuclear attack on Arasaka Tower.”

“As anyone with a pair of optics can see,” it continues, “City Center was fully rebuilt, surpassing even its former glory with more modern and cutting-edge architecture. It serves one purpose, and one purpose only – to flaunt the city’s economic power and prove that Night City is freer than ever before.”

Following a brief look at the series’ action direction, the teaser then introduces Lucy, one of the series’ main net runners – the in-universe name for highly-skilled, time gun-for-hire hackers. 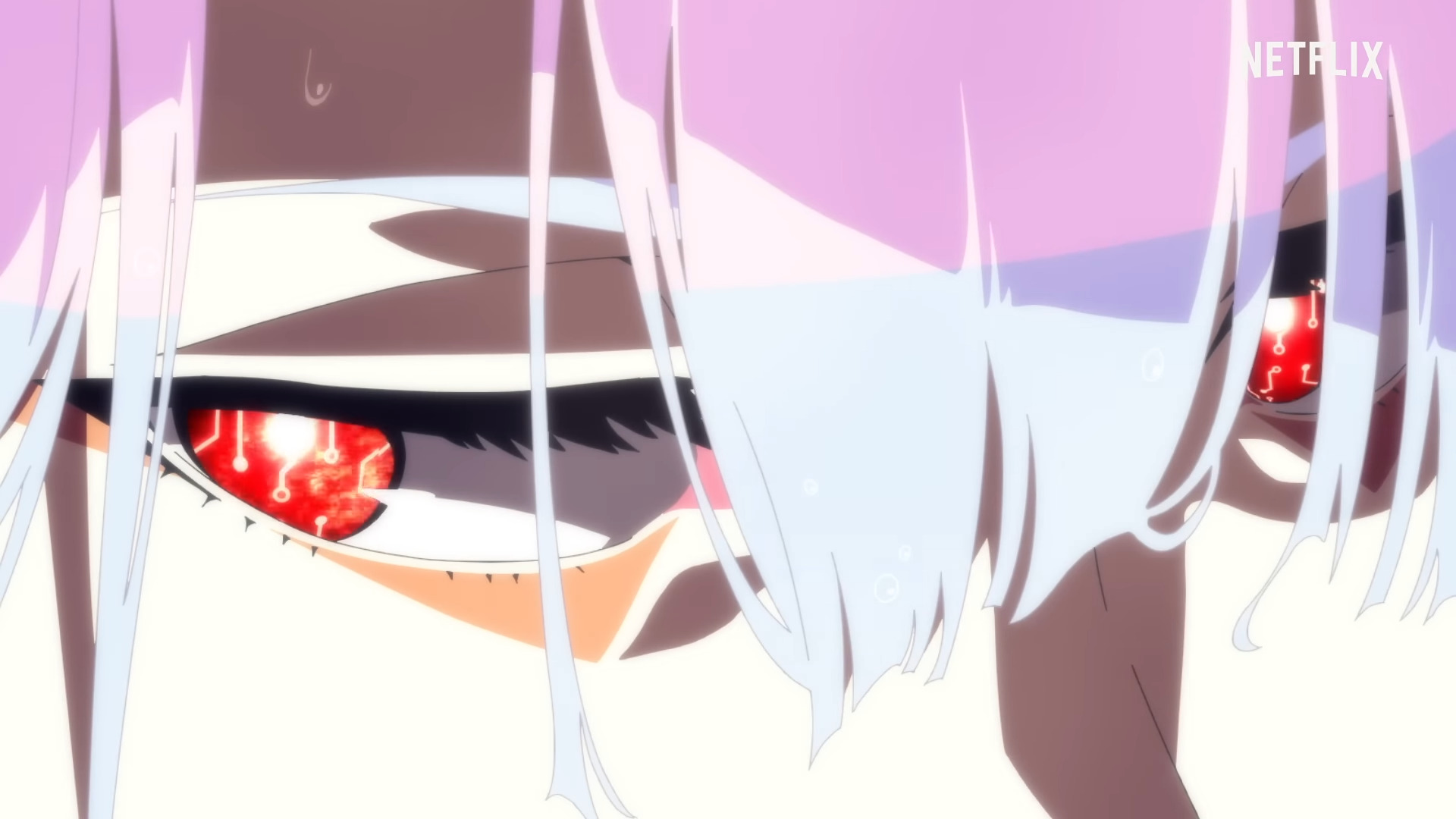 The teaser then concludes on another montage of action, this time featuring a number of bloody fights taking place within the borders of Santo Domingo.

Studio Trigger also released a brief clip centered on the Maelstrom Gang, wherein David watches on as Lucy – with a little help from a well-armed ally – holds them accountable for their criminal activities and forcefully frees a group of people they’re keeping hostage.

Finally, Netflix unveiled the first of a series of behind-the-scenes looks at the show’s development, which featured not only commentary on the process from key CD PROJEKT RED staff members who are involved in the project, but also first-look stills, concept art and and a scene breakdown of Lucy’s above fight with the Malestrom Gang.

According to the production team, future behind the scenes videos will cover other aspects of the show and feature extra insight from members of Studio Trigger.

Also presented as part of the Geeked Week event was a new key visual for the series.

Drawn by Cyberpunk: Edgerunners chief character designer Yoh Yoshinari, the image provides full-body looks at both David and Lucy, as well as confirmation that the ambitious series will debut on Netflix this September. 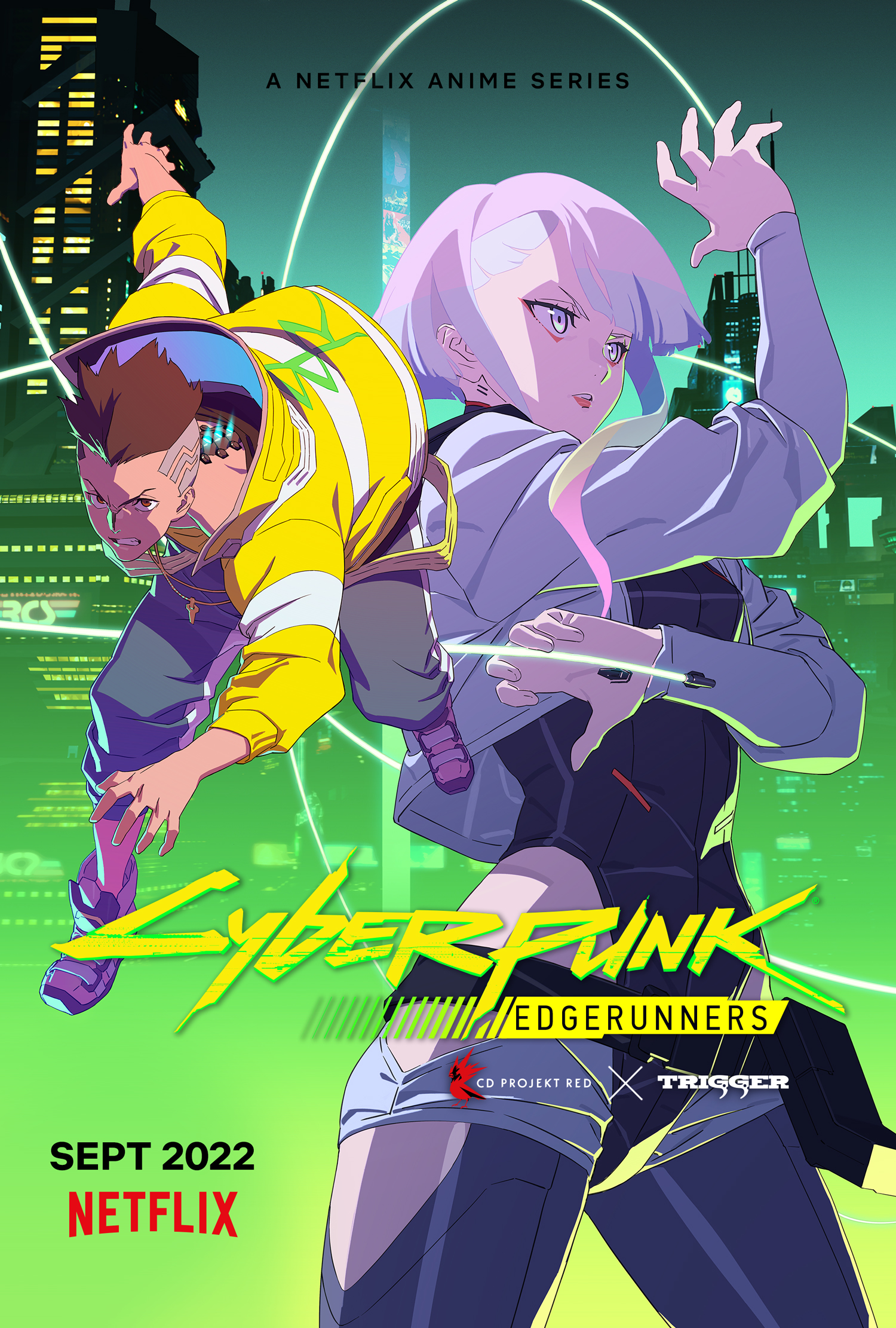 As per a press release fromNetflix, “Cyberpunk: Edgerunners tells a standalone, 10-episode story about a street kid trying to survive in a technology- and body-modification-obsessed city of the future.”

“Having everything to lose, he chooses to stay alive by becoming an edgerunner — a mercenary outlaw also known as a cyberpunk,” the synopsis concludes. 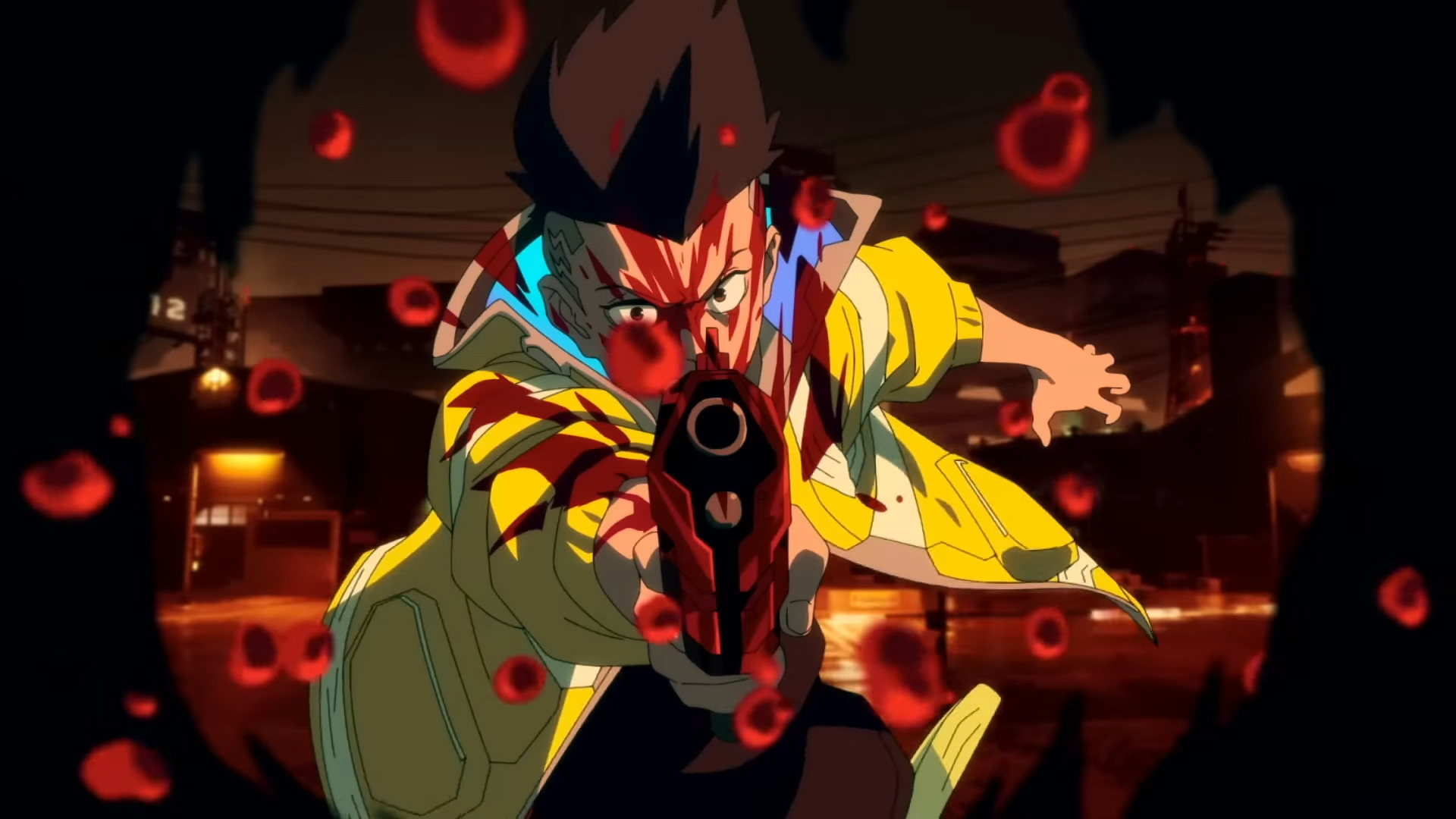 What are your thoughts on this first look at Cyberpunk: Edgerunners? Do you think it’s worth keeping or renewing your Netflix for? Lets us know your thoughts in the comments down below and on social media!