According to Thor: Love and Thunder star Tessa Thompson, she and director Taika Waititi spent a fair amount of time on set discussing the intricacies of how to properly portray Valkyrie’s bisexuality in the upcoming Marvel sequel. 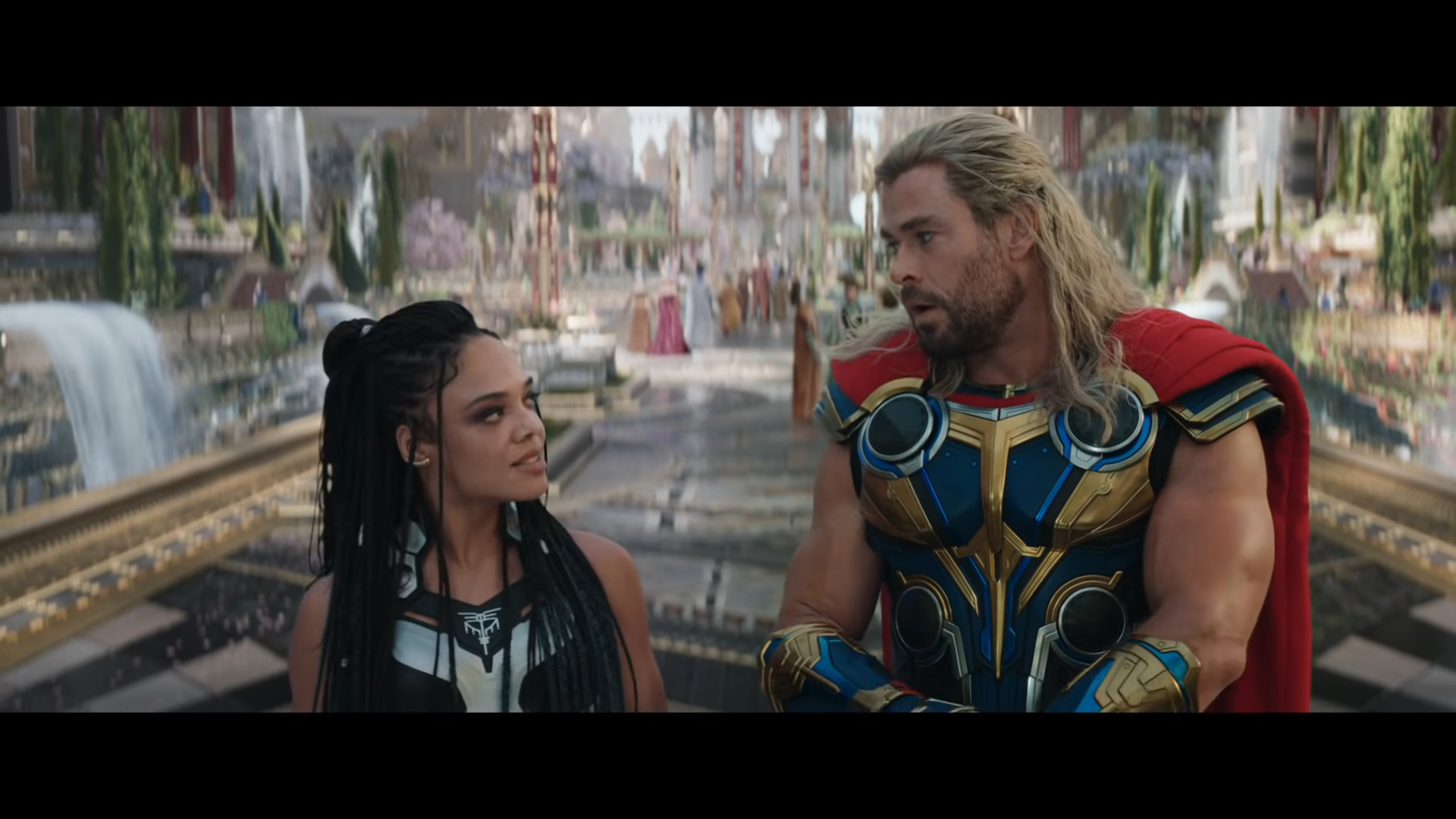 Thompson opened up about these conversations regarding Valkyrie’s LGBT+ identity during a recent interview with Yahoo! Entertainment published on June 29th, telling the news outlet that “We talked about it a lot, it was a big topic of conversation.” 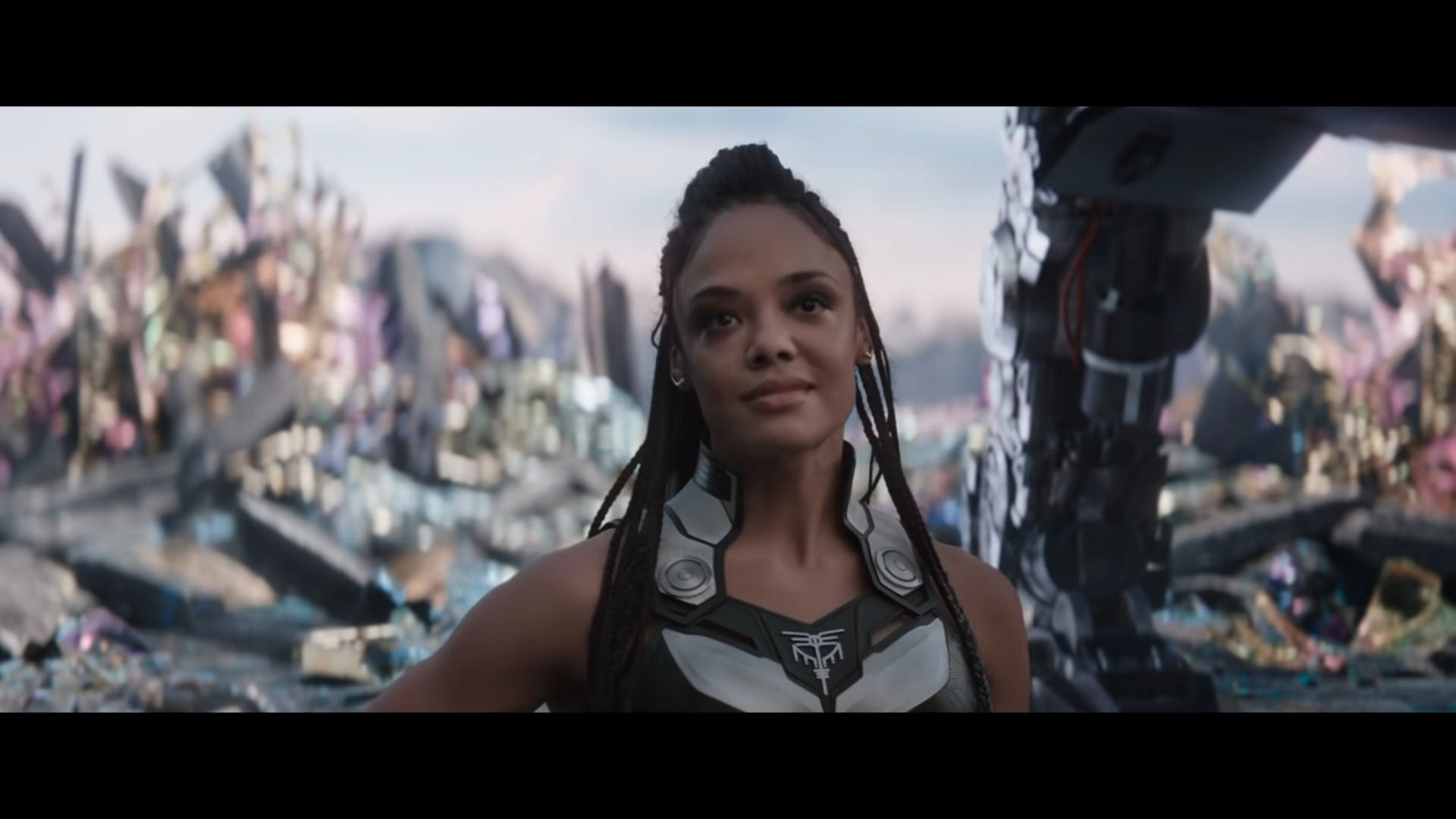 “Because I think rightfully there’s this real want in audiences to see characters be very clearly queer or LGBTQIA inside these spaces,” the actress, who is bisexual herself, said. “And I think it’s hugely important to have representation.”

She continued, “And also as humans I think that we are not defined by our sexuality, and by who we love. And so sometimes I think to hang a narrative completely on that is a way of actually diminishing the humanity of the character. Because you don’t allow them to be anything else.” 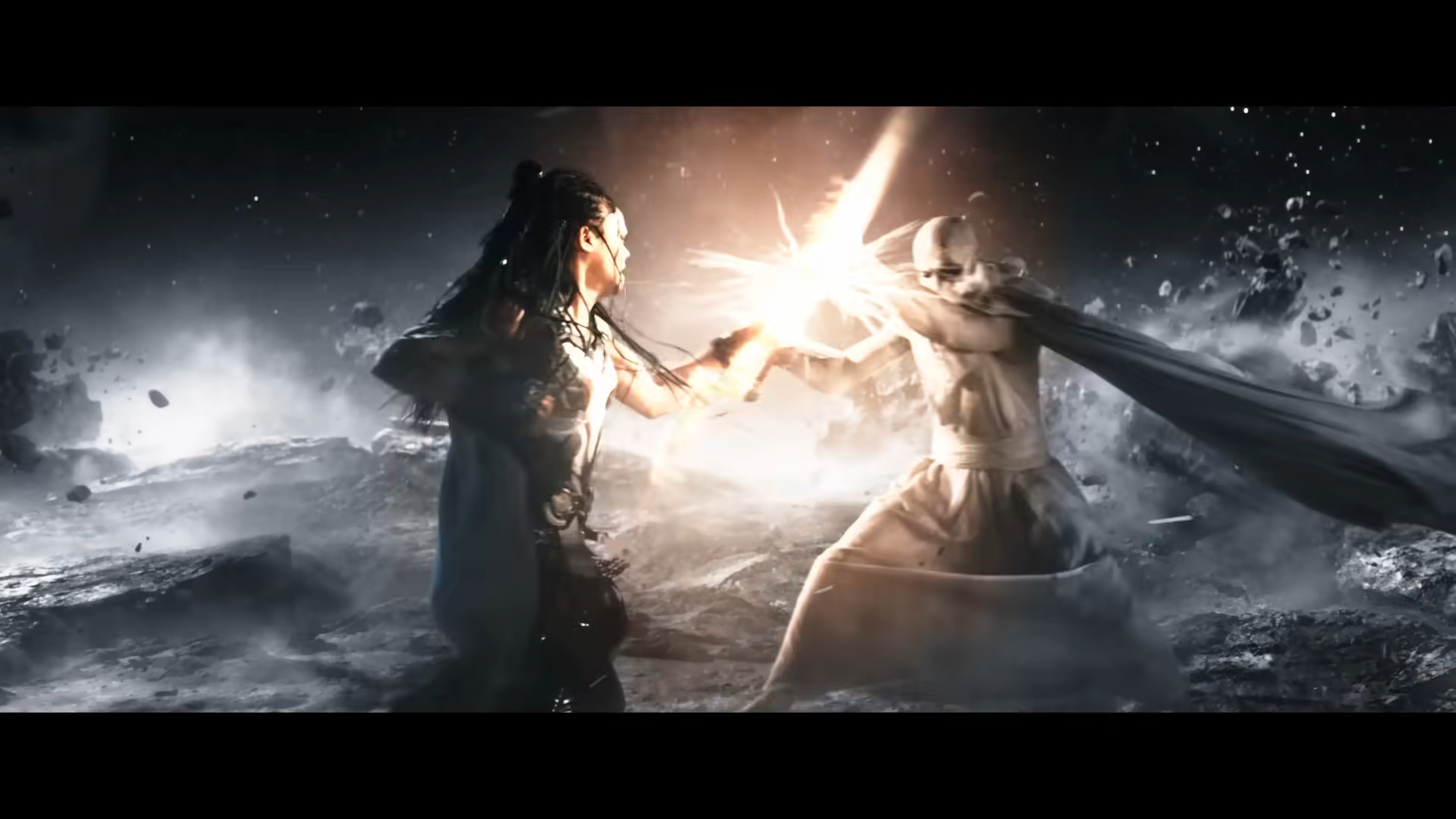 However, despite the special care and attention given to the subject by both Waititi and herself, Thompson revealed that the film ultimately spends no time exploring Valkyrie’s love life.

Noting that when a character’s sexuality is brought into the spotlight “it becomes the only storyline,” Thompson asserted that this rang true “particularly in a movie like this where you don’t, frankly, have a lot of room for storyline.” 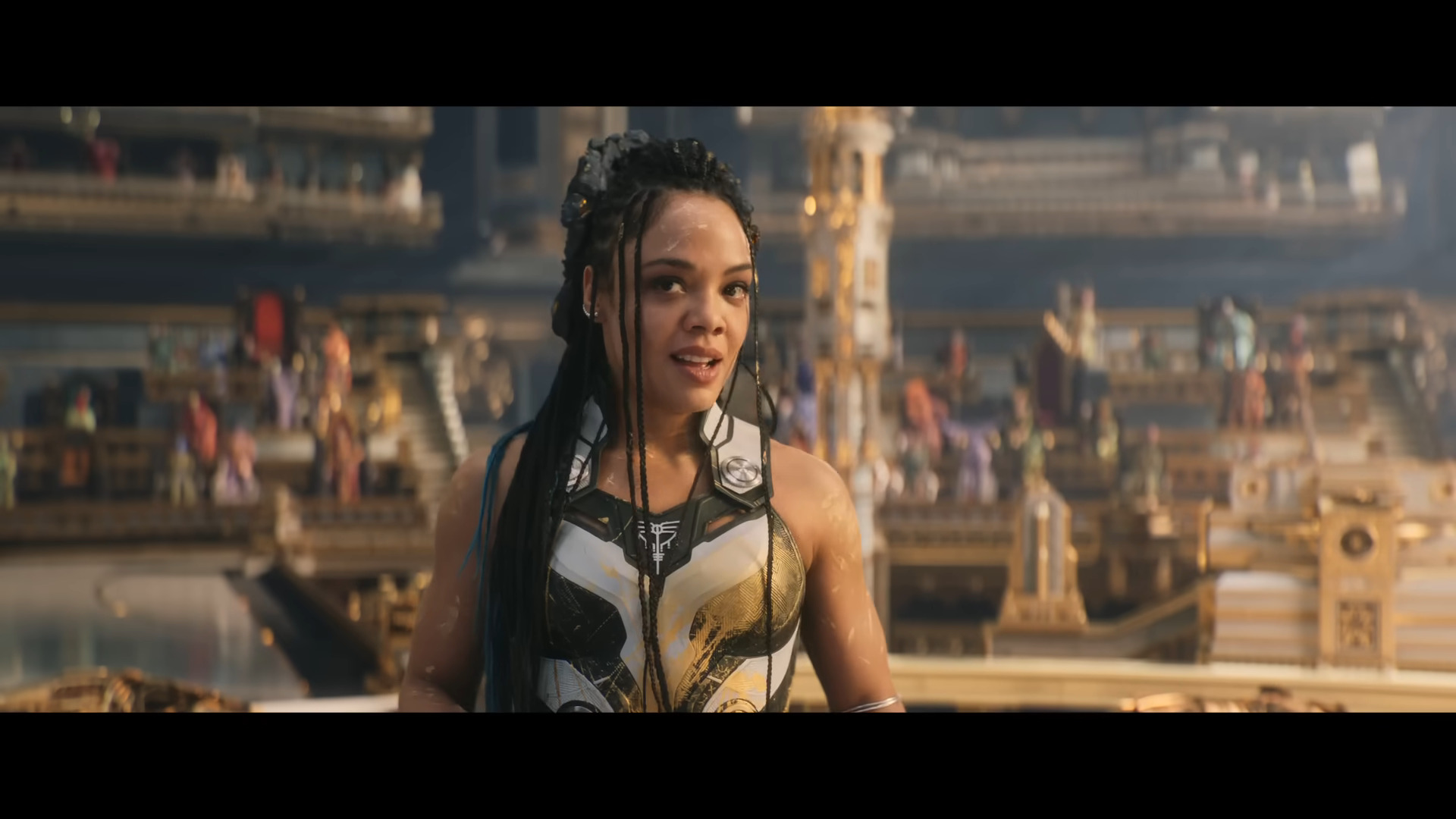 “So there was a lot of conversation in terms of how to treat that with Valkyrie,” she added. “And I feel really good, personally, about where we got to. I hope that she’s a character that fans continue to connect to, that we have a lot of time to explore her, in all of her humanity.

The actress concluded, “But whether or not she finds love in this movie doesn’t mean she’s not still a fabulous queer character that is open to finding love when it makes sense.” 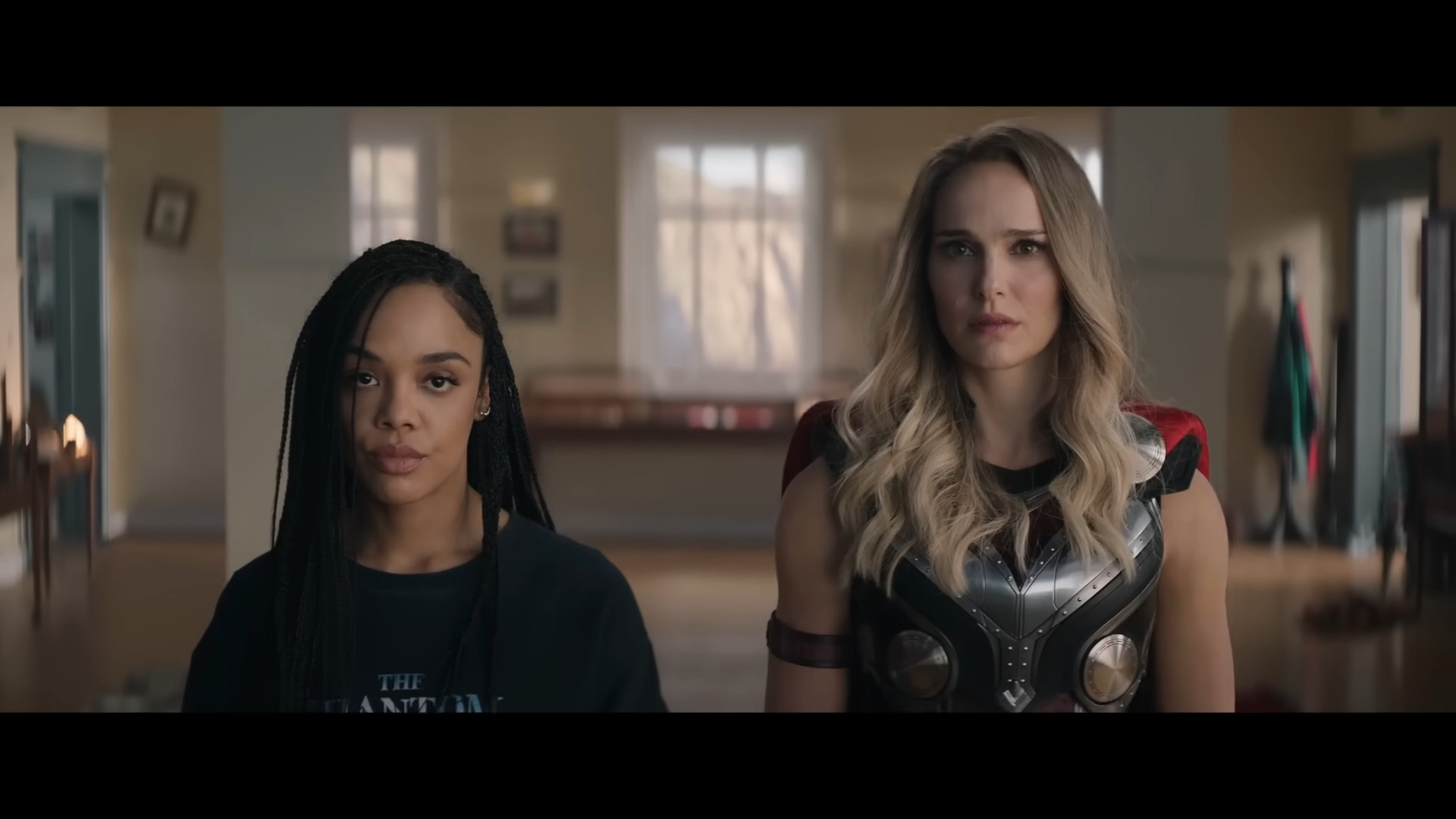 Interestingly, a variation of this explanation was reportedly given by Waititi to Thompson during the filming of Thor: Ragnarok as to why a scene which would have provided explicit onscreen confirmation of Valkyrie’s bisexuality – rather than leaving that fact for the film’s cast and crew to pronounce in interviews – was ultimately left on the cutting room floor. 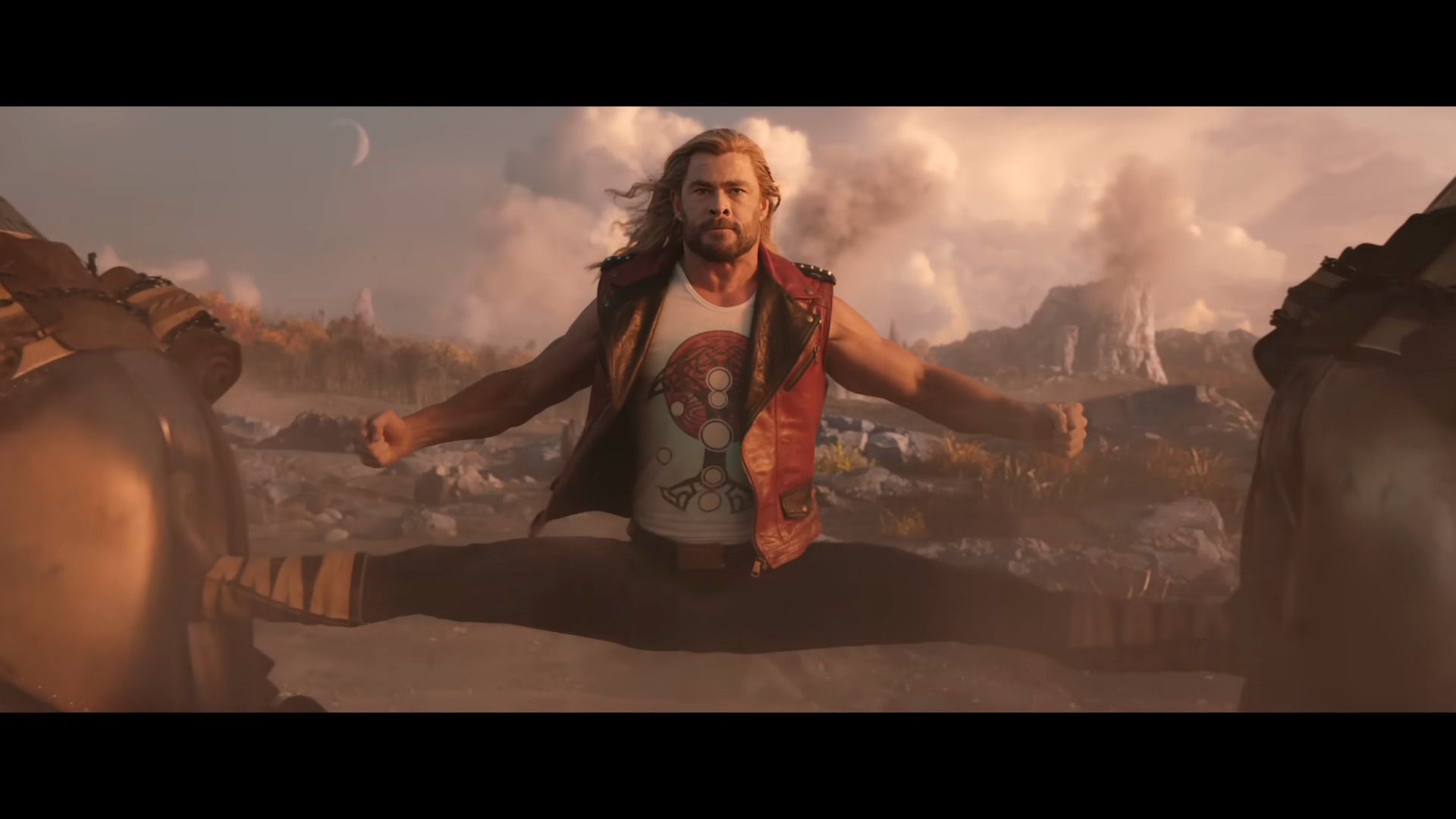 “Thompson even summoned the courage to pitch Waititi on making Valkyrie bisexual,” wrote Rolling Stone reporter Amy Nicholson in summary of a conversation she had with the actress during an interview. “She convinced Waititi to shoot a glimpse of a woman walking out of Valkyrie’s bedroom. He kept it in the film as long as he could; eventually the bit had to be cut because it distracted from the scene’s vital exposition.”

“There were things that we talked about that we allowed to exist in the characterization, but maybe not be explicit in the film,” Thompson told Nicholson. “There’s a great shot of me falling back from one of my sisters who’s just been slain. In my mind, that was my lover.” 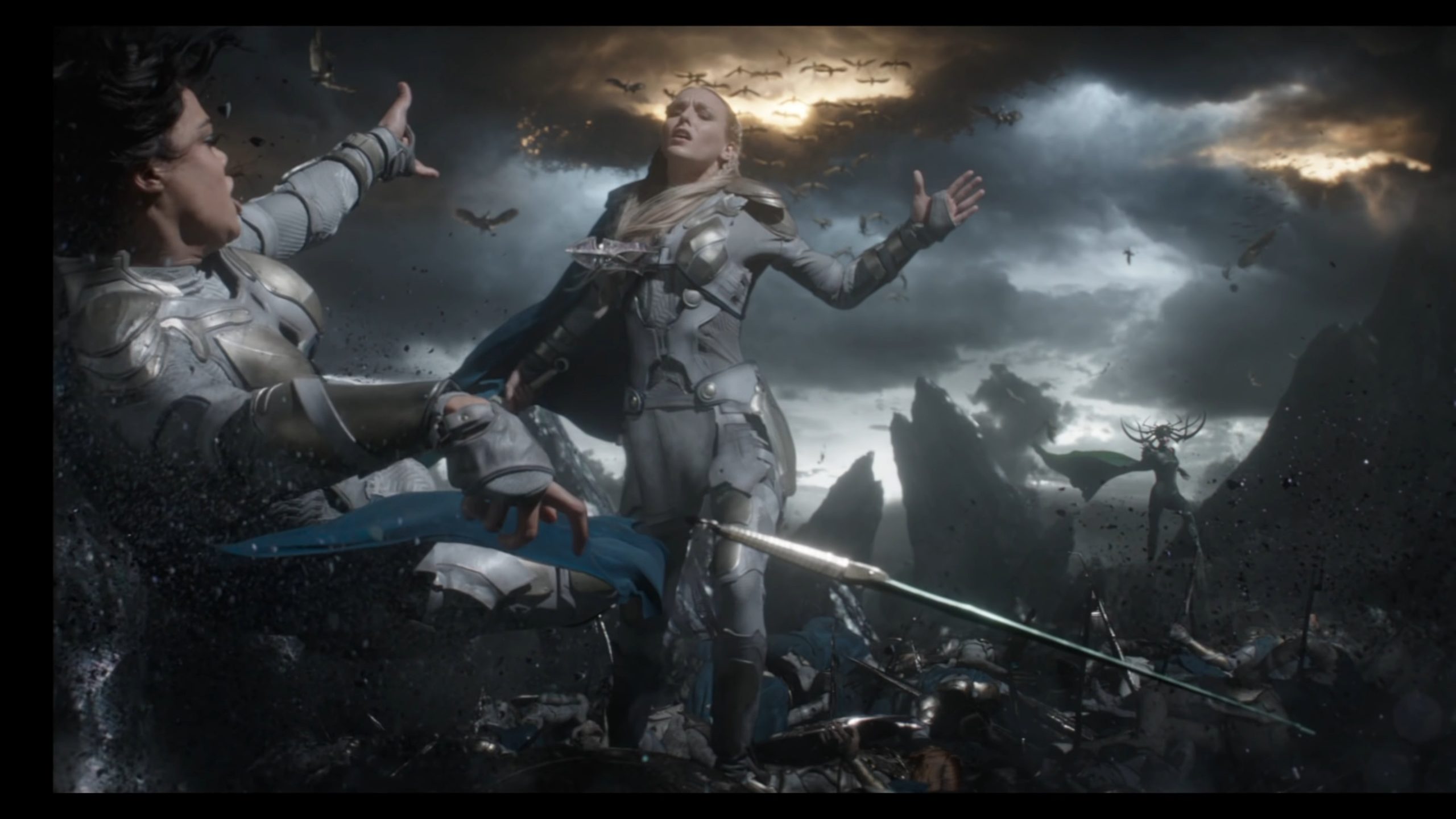 What do you make of Thompson’s insight into Valkyrie’s depiction in Thor: Love and Thunder? Let us know your thoughts on social media or in the comments down below!