Beast does little to help that reputation. 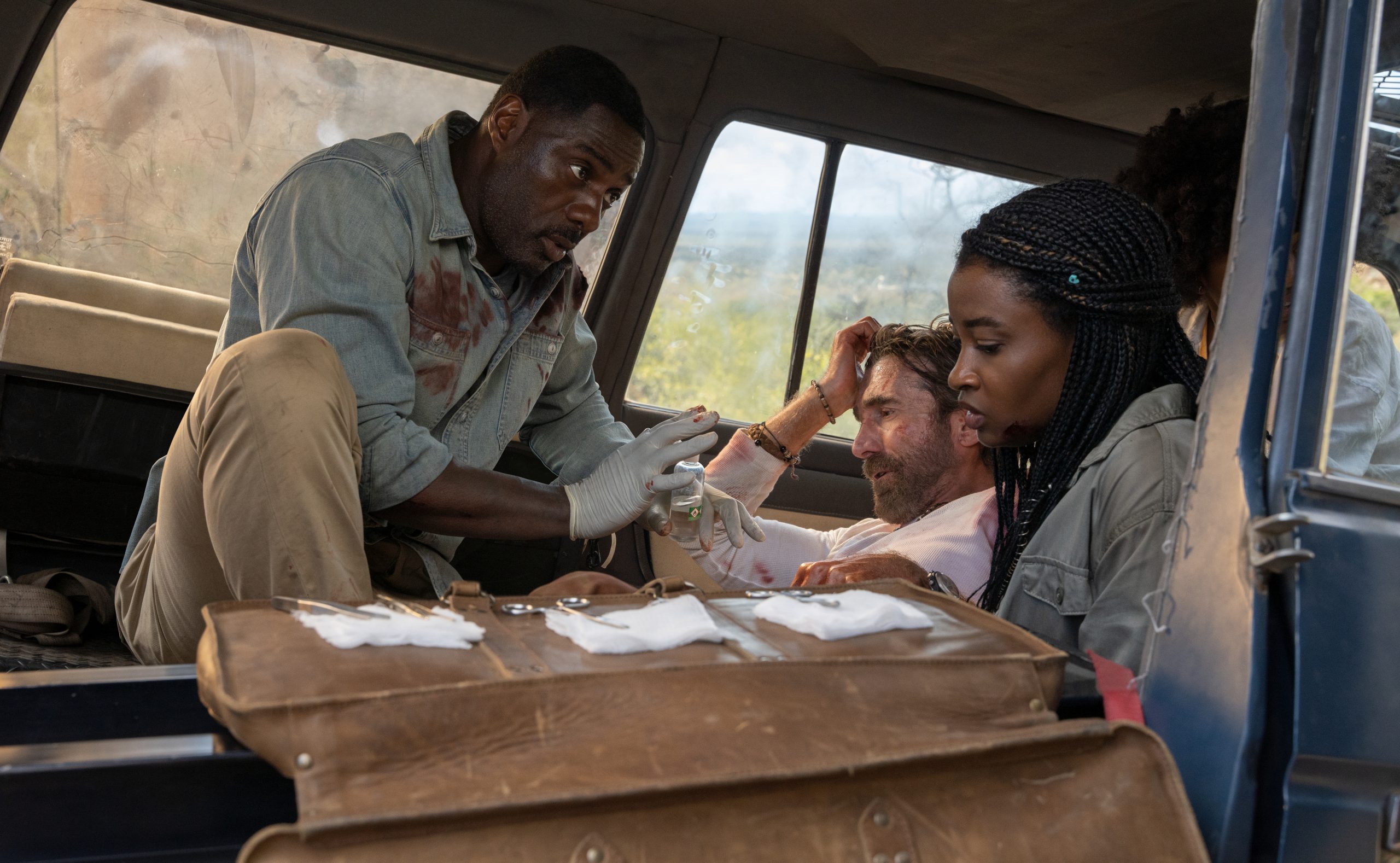 The 1983 Stephen King thriller Cujo was a cult classic for horror fans, keeping audiences on the edge of their seats with its story about a young mother and her son inside a hot car while trying to protect themselves from a rabid St. Bernard. 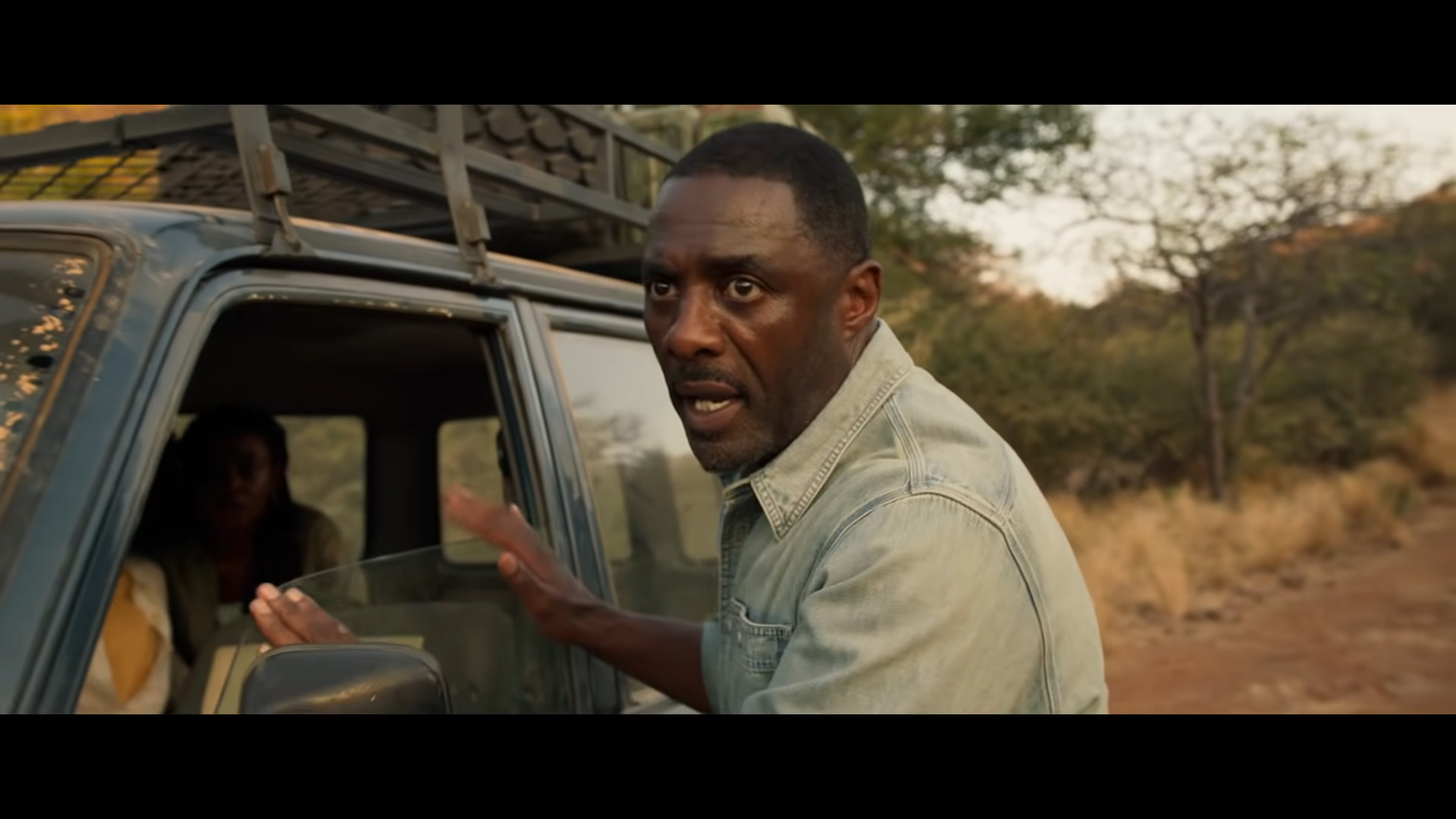 While both Cujo and Beast center around a battle against a rabid animal, the former was one of many old school movies that presented an innovative take on the man versus beast-themed horror genre, while the latter is just a rehash of that formula with a lion.

However, there is one stark difference between the two: in this movie, you will probably root for the lion. 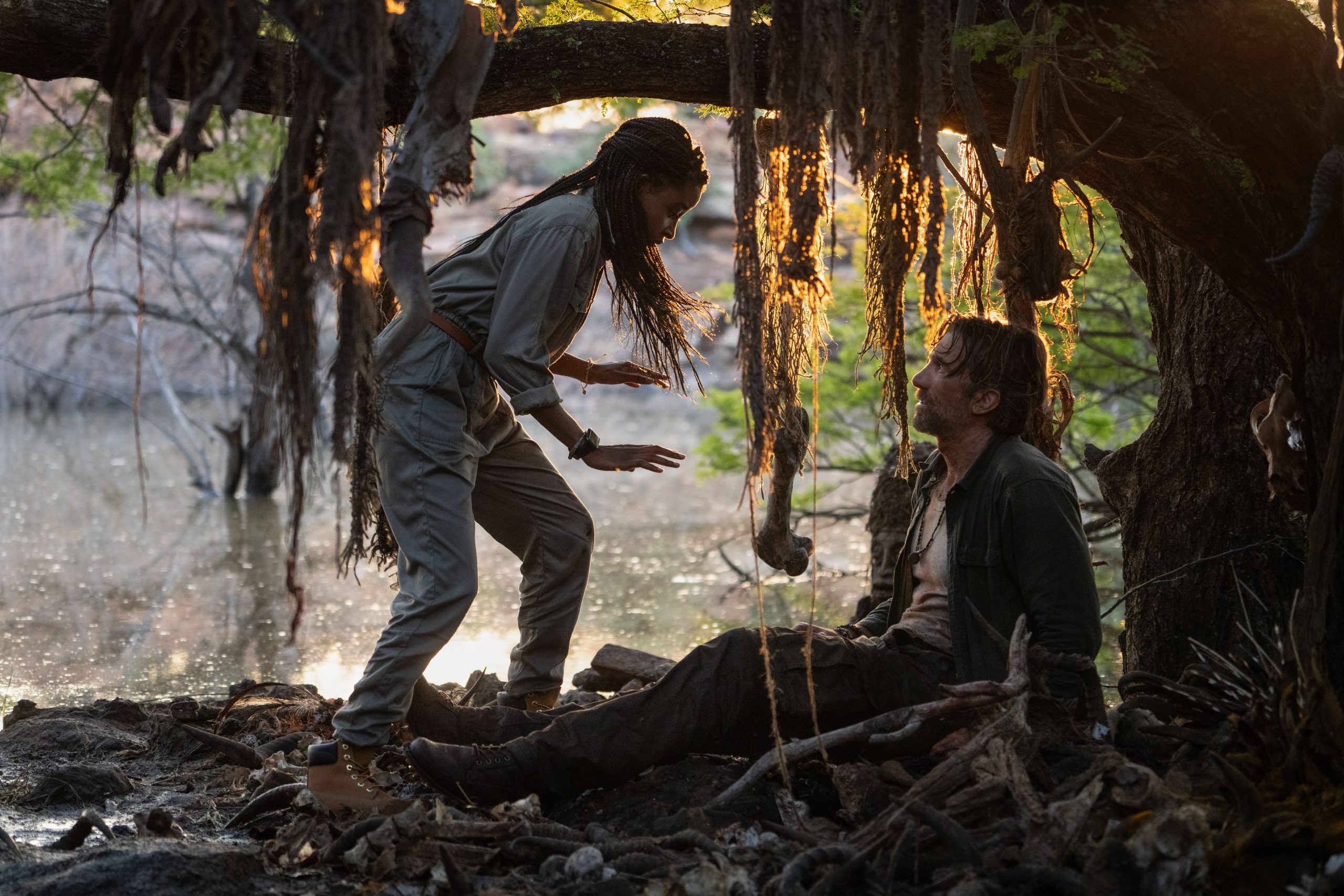 The family arrives in South Africa to reunite with an old family friend named Martin Battles (Sharlto Copley), in whom Nate is hoping to confide his guilt over becoming distant with his family and his sadness over the loss of his wife to a battle with cancer. 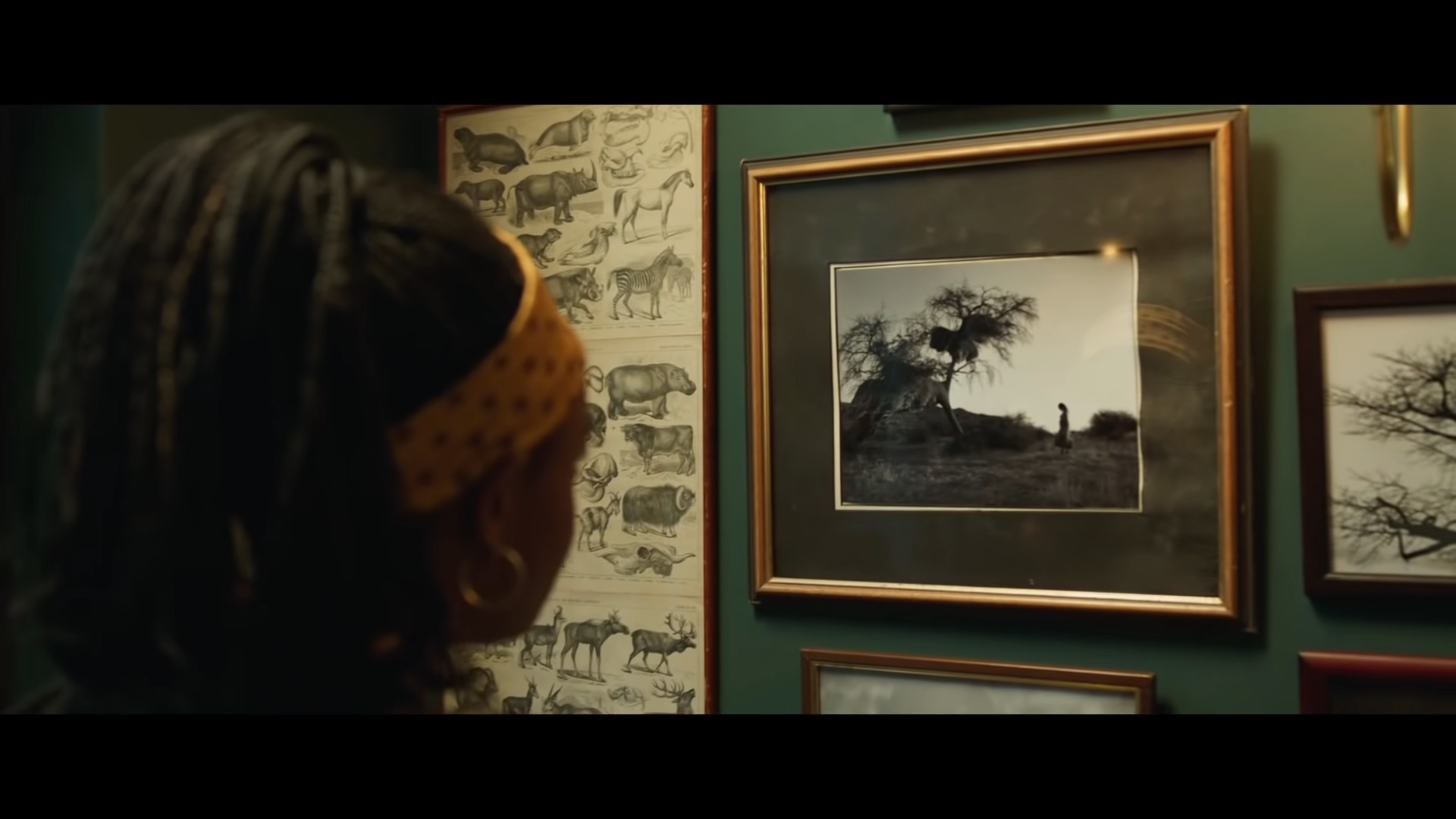 After taking them to the village where Nate’s wife grew up, Martin eventually guides the trio on an exclusive tour of the reserve’s restriced areas, wherein they spot an injured lion among a local pride.

Fearing that poachers are nearby, they retreat to a local community for help only to discover that most of its population is dead. Martin suspects that a lion is responsible for the attacks, and the two rush back to the jeep to cover.

On their way back, Martin is attacked by the film’s main lion antagonist, who then proceeds to hunt Nate and his daughters.

Trapped in a jeep and with no one around to save them, the group is forced to survive a hostile environment with limited resources, all the while dealing with a pissed-off lion on their backs. 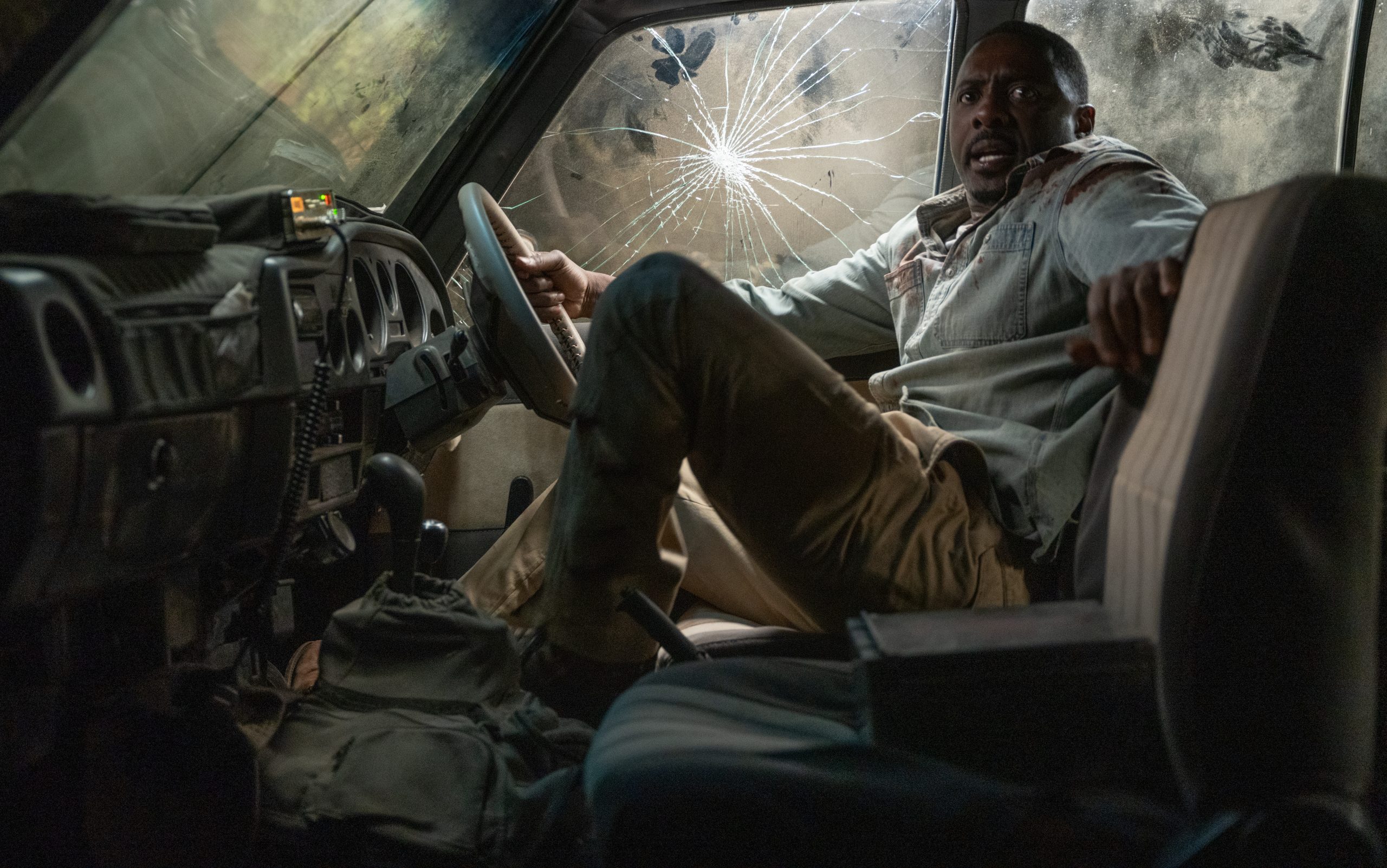 Idris Elba as Nathan in Beast, directed by Baltasar Kormákur.

If you watch shows such as the Netflix Resident Evil series, you would know that Hollywood has a serious protagonist problem, in recent years taking to creating creating characters who are not appealing to audiences, but attempting to make up for it presenting them as the most likable characters in a given story.

But the bottom line is, if your protagonist is unlikable, your film will fall apart at the seams. 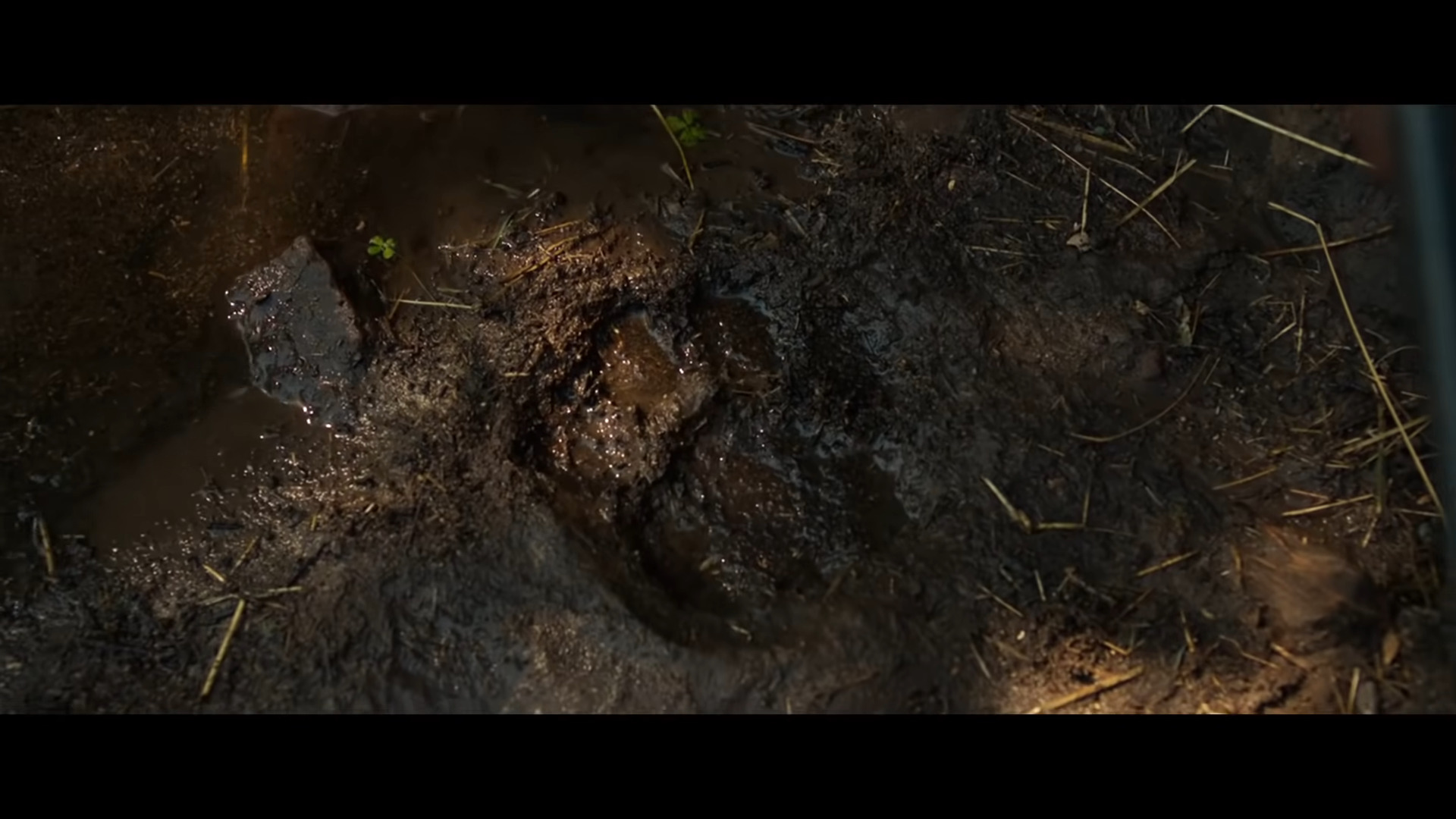 Beast is no different, with both Meredith and Nora ride the lines of character-induced stupidity throughout the entire film.

The two characters put themselves in danger almost intentionally in defiance of the adults, all the while picking the worst possible times to air personal grievances.

For example, at one point while they’re being hunted down by the film’s eponymous predator, Meredith chides the air out her father for just not generally keeping his promises. 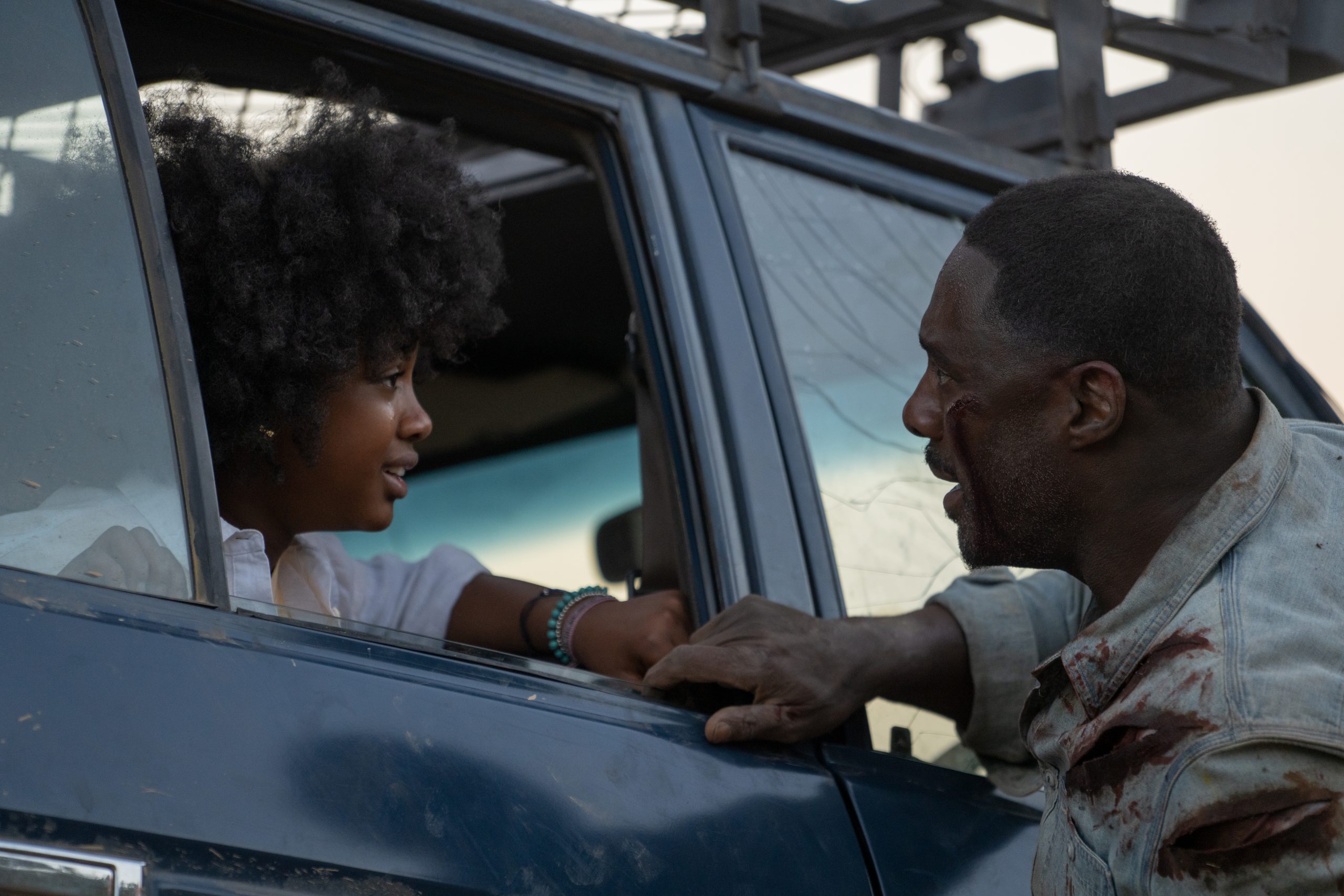 Stunts like this do not make the characters redeemable in the eyes of audiences, and presenting characters in this fashion only makes the audience want to see them get theirs in the end, and they only feel more robbed when it doesn’t happen.

The film would have fared better if trimmed the fat on these useless characters and meshed them in one. 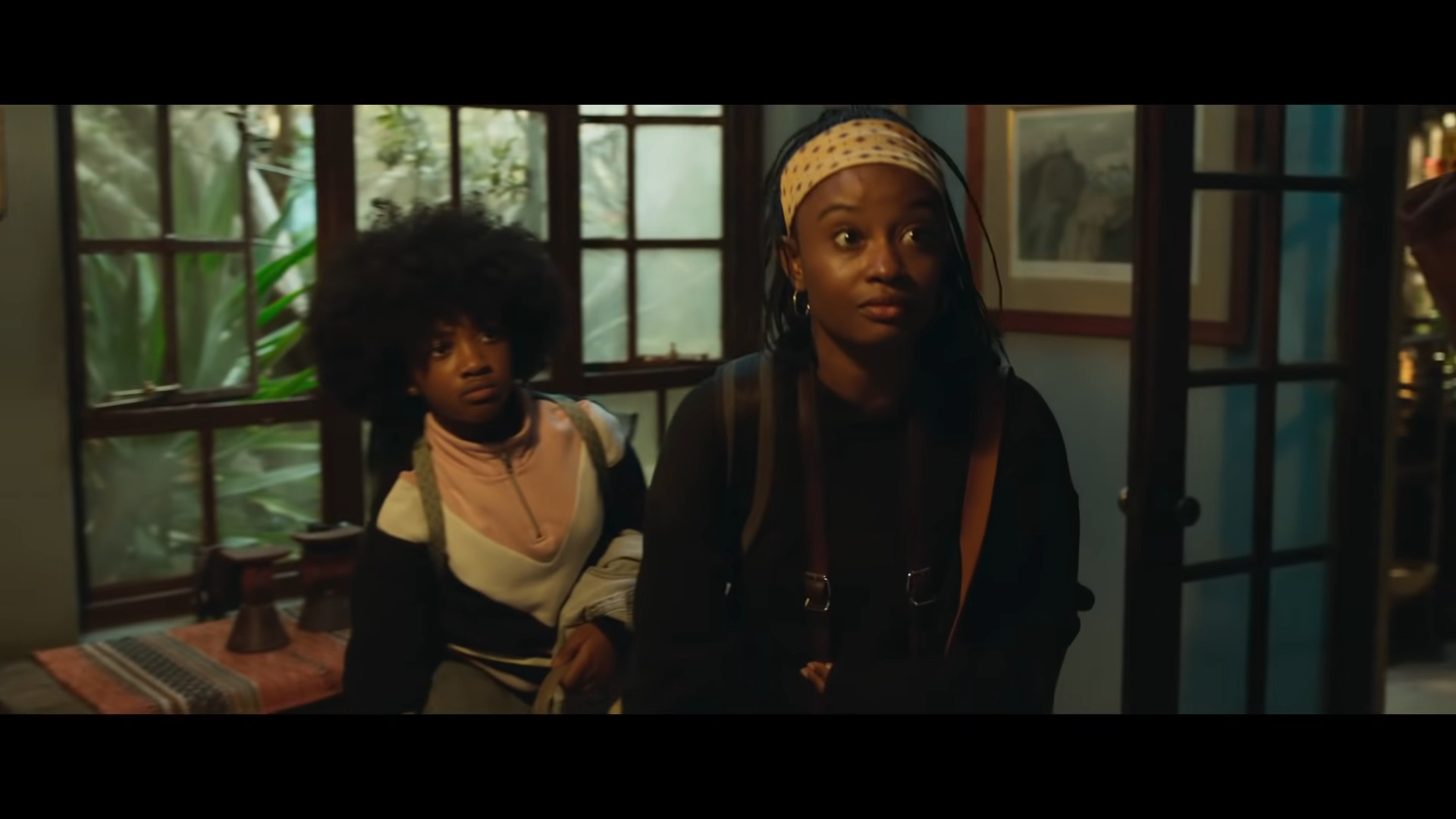 Meanwhile, the conflict of the movie is pretty straightforward: there’s a pissed-off and vengeful lion on the hunt for all humans after poachers kill off his entire Pride.

Strangely though, the film can’t commit to how believably they want the lion to be presented as a predator. 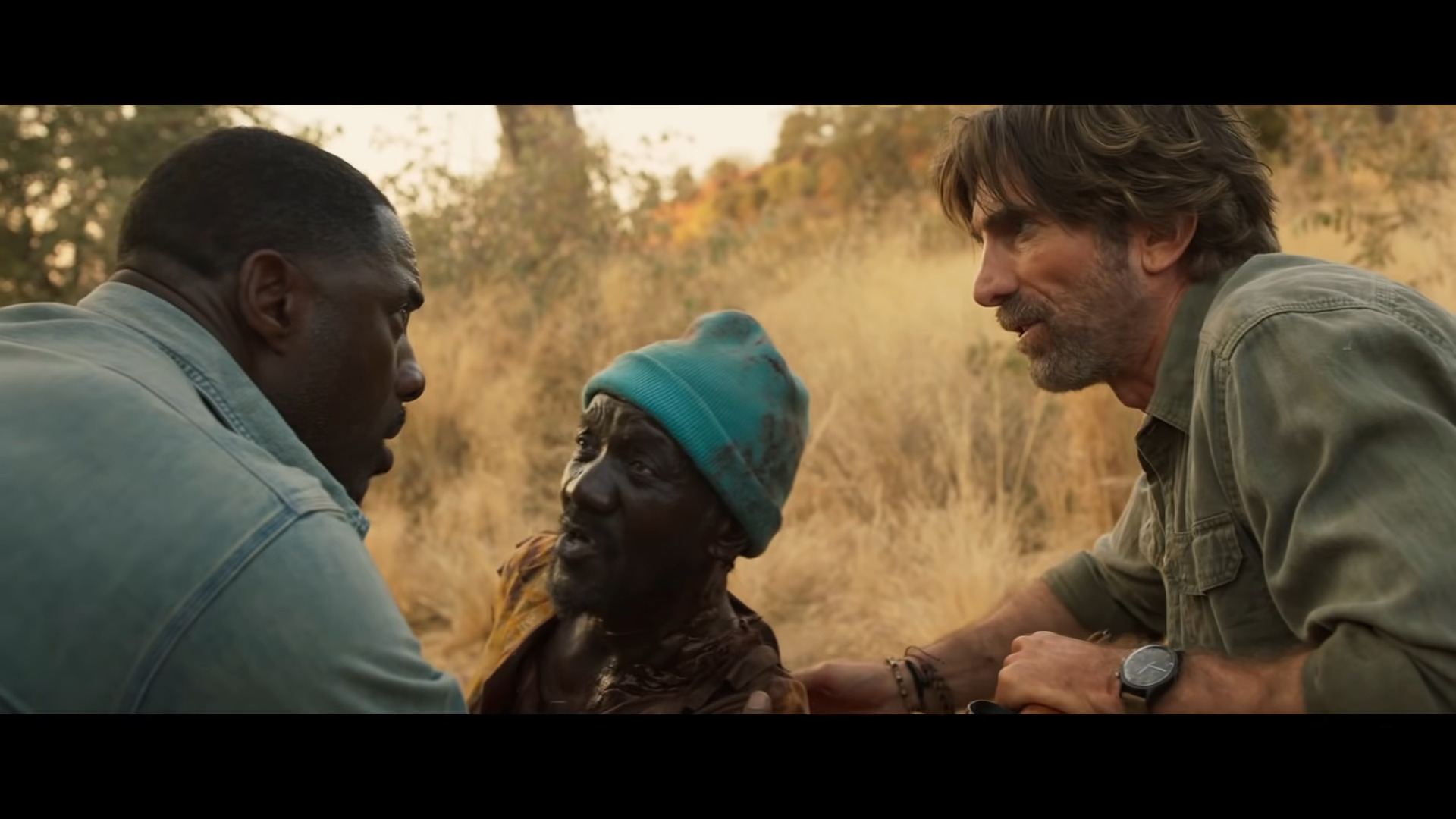 Unlike Cujo, whose insanity was explained through his being bitten by a rabies-infected bat, the lion survives dozens of tranquilizers and even a fiery car explosion, with the only explanation as to how is that you don’t mess with a lion’s pride. 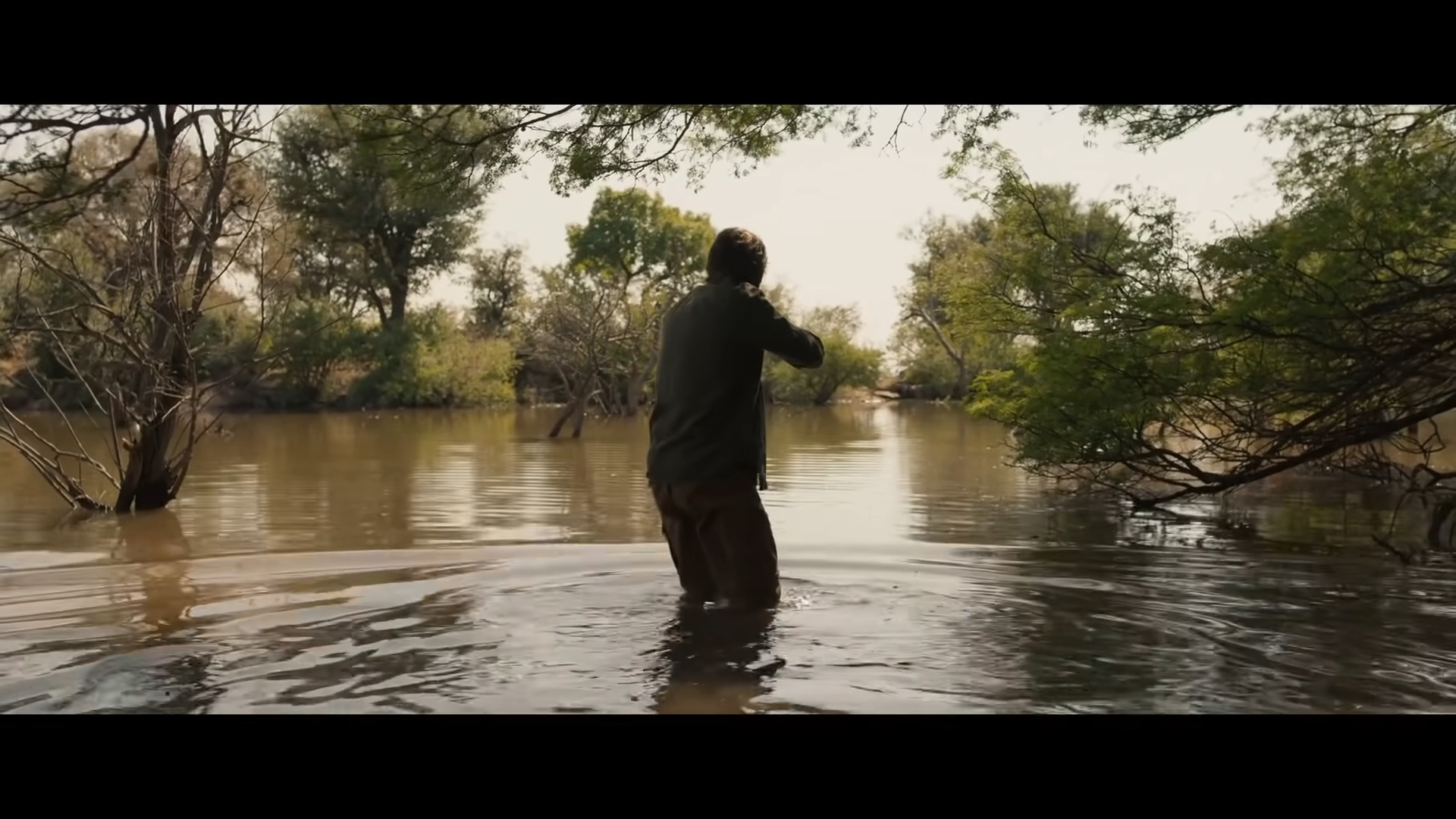 It should also be noted that it isn’t just the film’s animals who are pull off some incredible feats, but its human characters as well, as they manage to survive so many mortal wounds over the course of the film’s runtime that you’ll end up wondering if they’re superhuman.

To that end, some viewers are going to have reservations about the film’s ending, which involves seeing a character go one-on-one with a lion in a fashion that would not fare well for them in real life.

Beast is a solid ‘man vs prey’ movie within the bubble of survivor thrillers. However, the film is pretty light on any real substance outside of it’s main antagonist.

There are many aspects that need improvement. Beast isn’t exactly the next Jaws, but the film is solid when it sticks to the confines of the story. 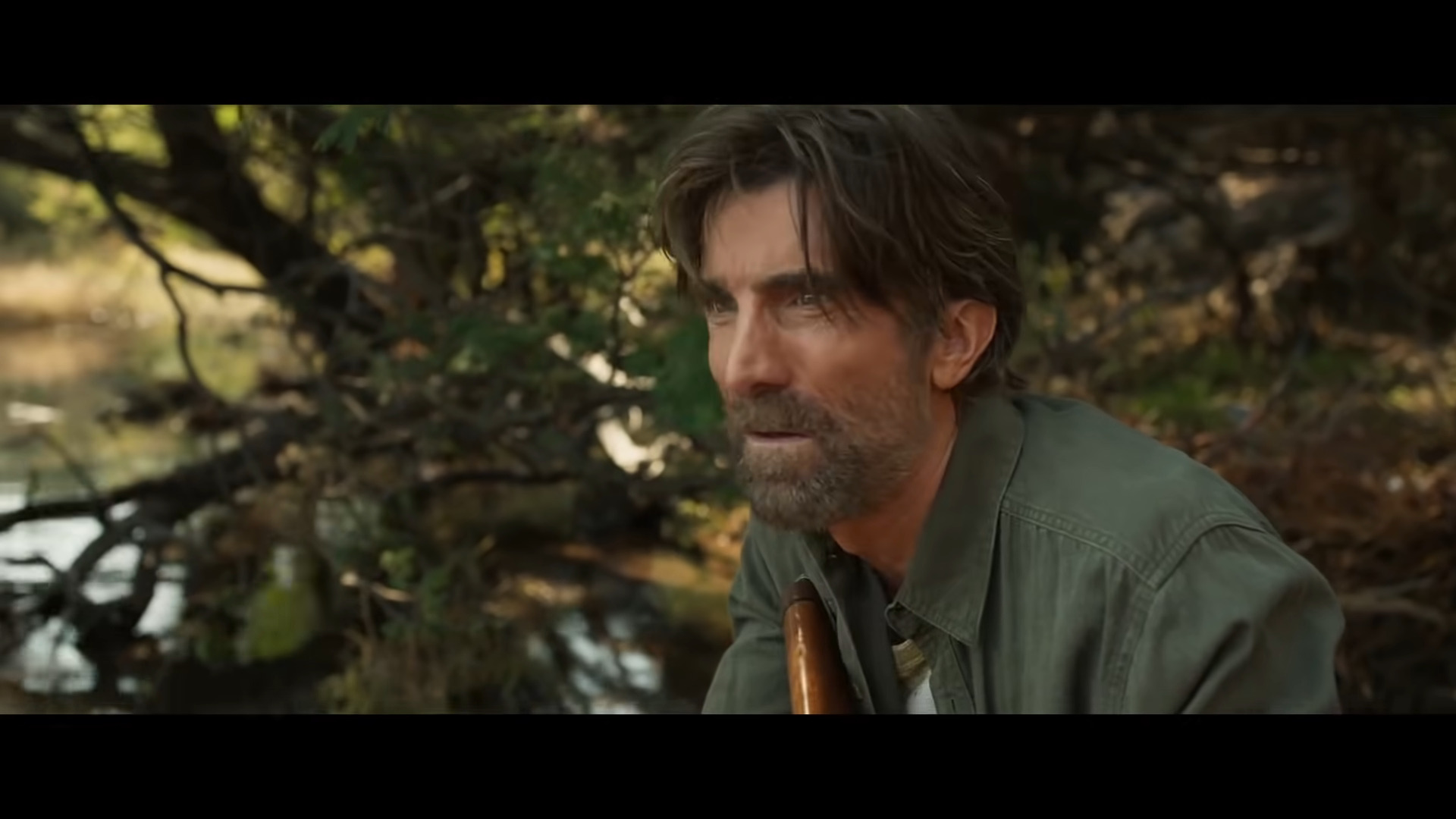 I don’t believe in turning your brain off to enjoy a movie, but it is hard to tell a small budget film with a limited cast to make even further cuts to fix it’s issues.

Ultimately, Beast is a film which proves that sometimes addition by subtraction is the best policy – and that just maybe, when survival is on the line, it is probably for the best to leave petty differences at the door. 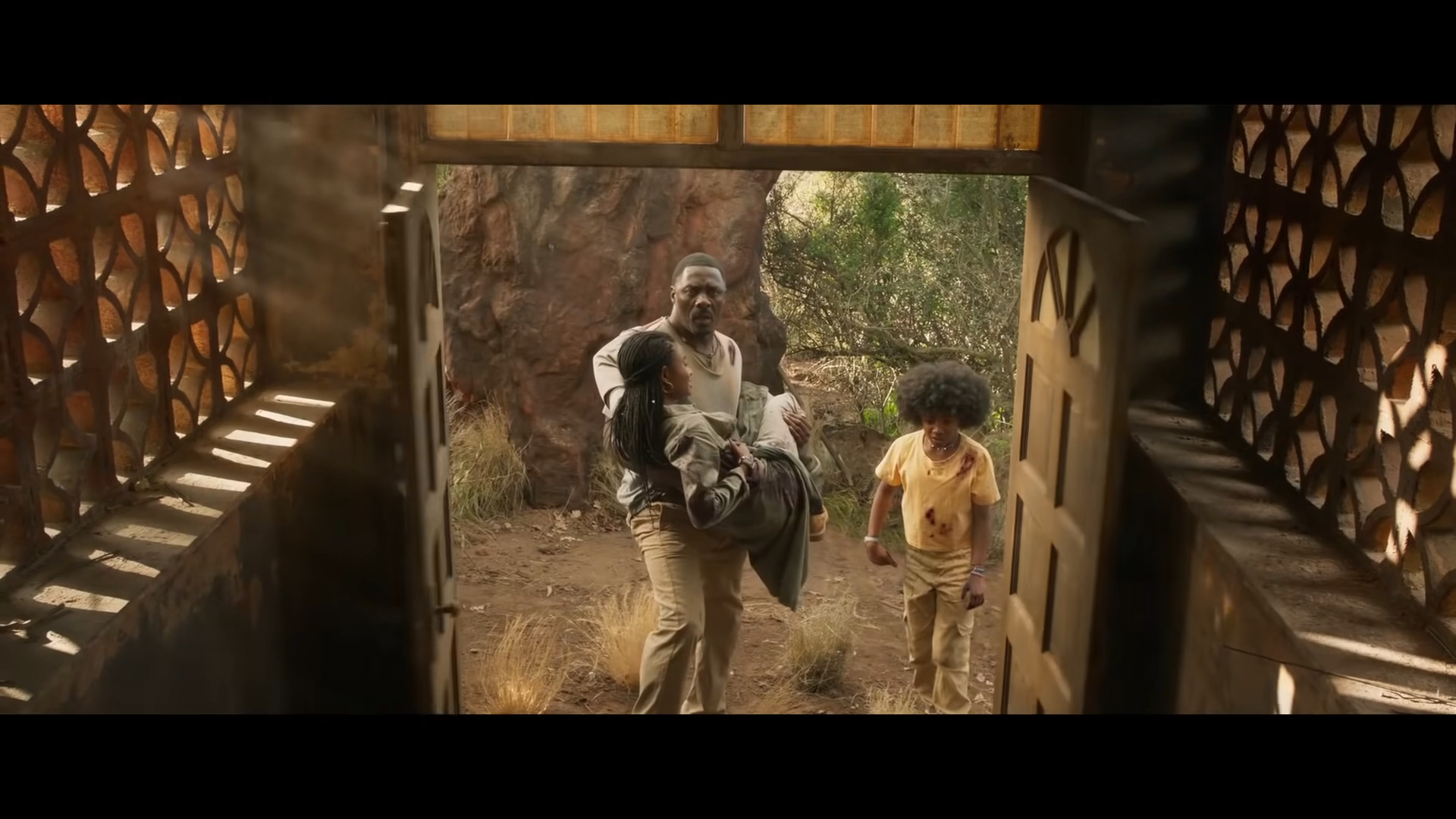