Despite featuring an opening title card which warns players that the game “remains unaltered” from its original release, Black Forest Games’ remake of Destroy All Humans! 2: Reprobed has cut a side quest revolving a man’s desire for a sex change and the disastrous consequences it has on his life. 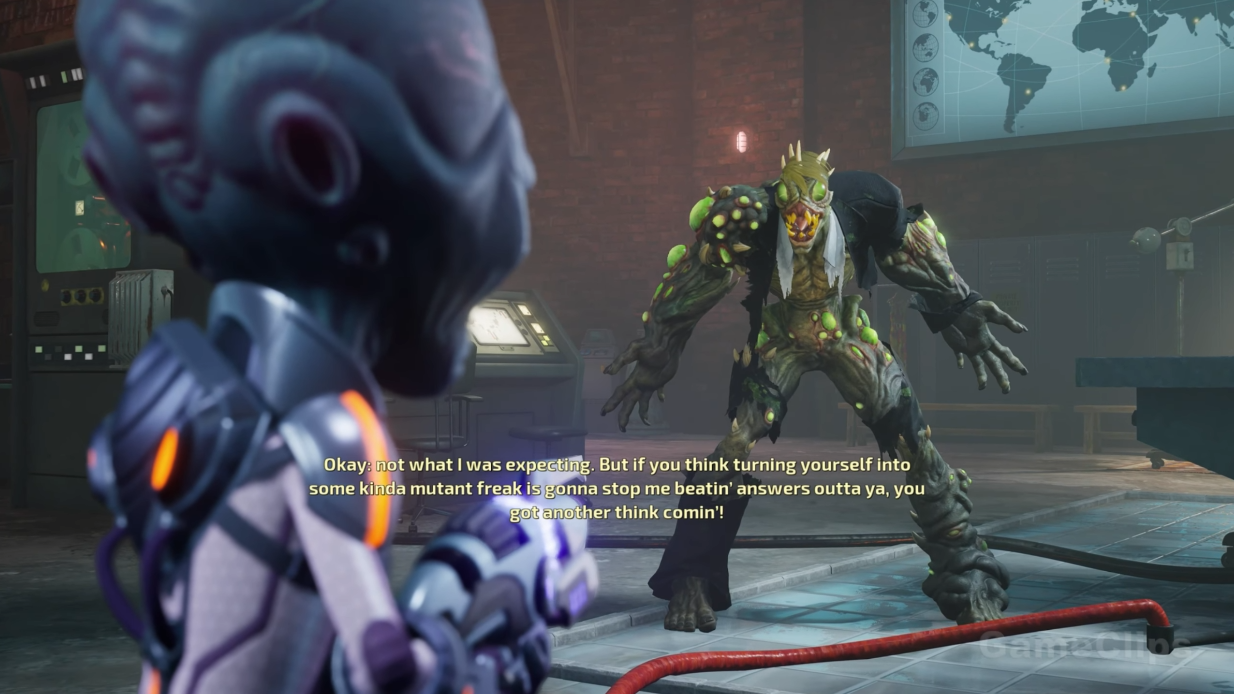 When Destroy All Humans! 2 first dropped in 2006, it included a ‘Ruined!’ mission titled Take It Like A Man wherein the player, like in all other likewise classified side-missions, must ‘ruin’ the life of a human on Earth through embarrassment or worse.

In this case, the mission centered around a man named Eddie, who when initially approached by the player via a mind-controlled human avatar, laments how his wife’s friend has had a sex-change operation, which he accuses of being “Sick! Perverted!”

Despite hating the human race and wanting to conquer Earth, Crypto proceeds to offer Eddie the surprisingly amicable advice that his wife’s friend’s decision is none of his business. Unsurprisingly, this suggestion is only met with further outrage, which in turn prompts Crypto to speculate that the man “doth protest too much”. 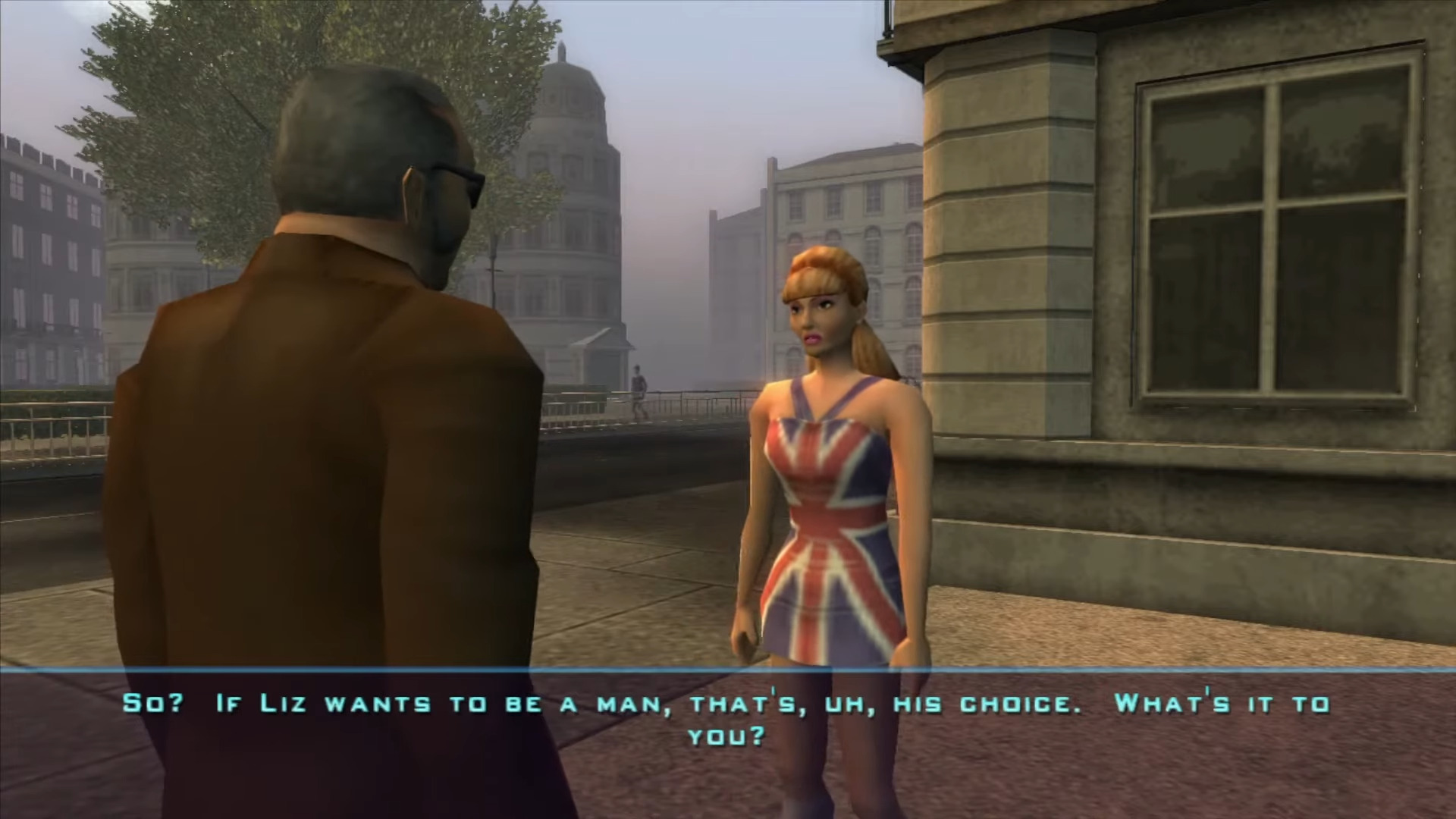 Sure enough, his guess turns out to have more than a bit of truth to it, as upon using Crypto’s mind-reading powers on Eddie, players discover that he himself wants to undergo the same procedure.

With this knowledge in hand, Crypto then proceeds to possess the man and ‘pilot’ him into starting the transition process. 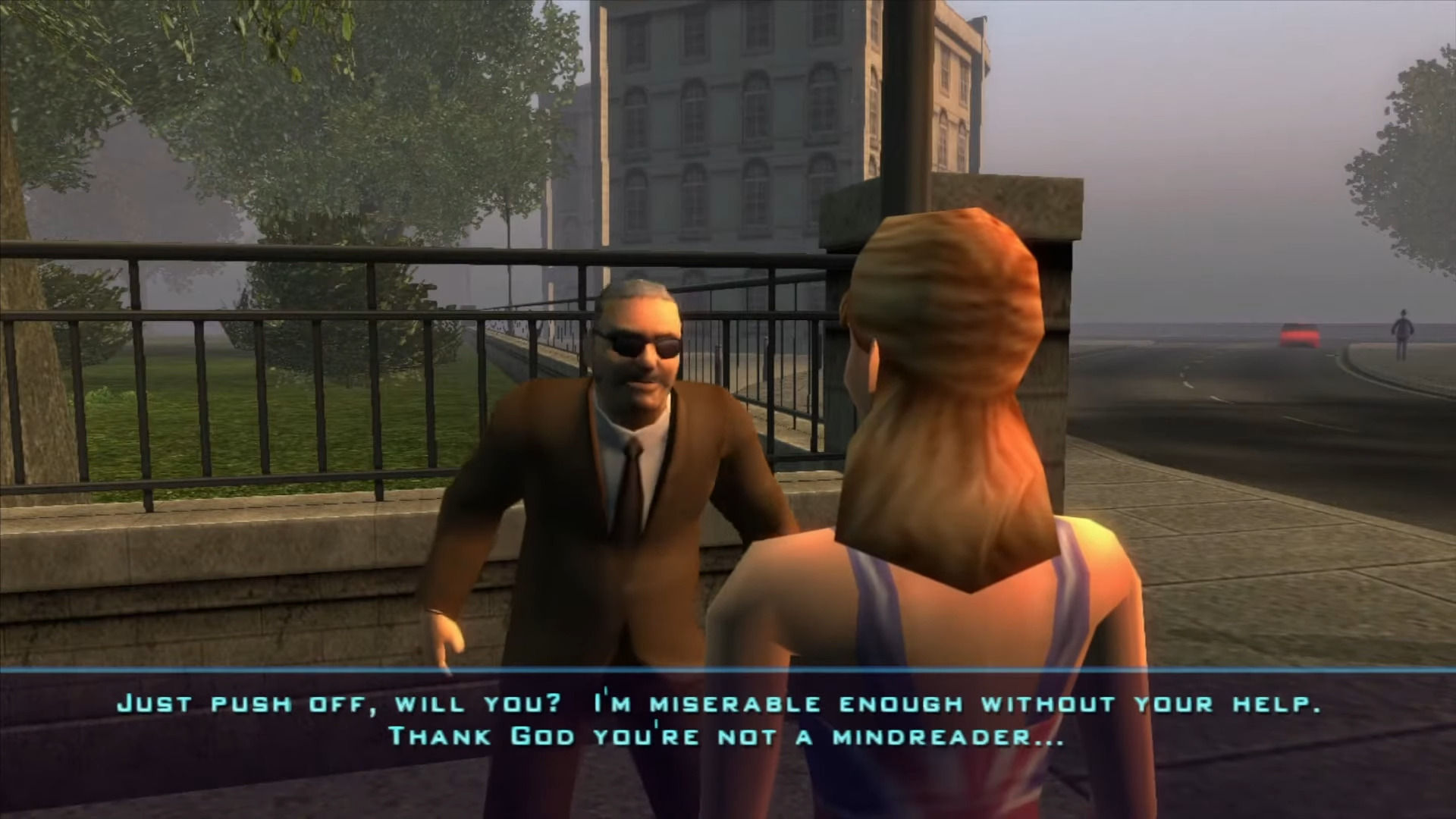 Unfortunately for Eddie, upon admitting his desire to transition to his wife, Reeny, the woman responds with outright disbelief, lamenting “Oh, I knew something was wrong.”

However, rather than support Eddie in his new life choice, Reeny instead immediately demands a divorce, ordering her soon-to-be-ex-husband, “Just leave me alone, will you? Thank God we have no children, at least they don’t have to live with this humiliation!” 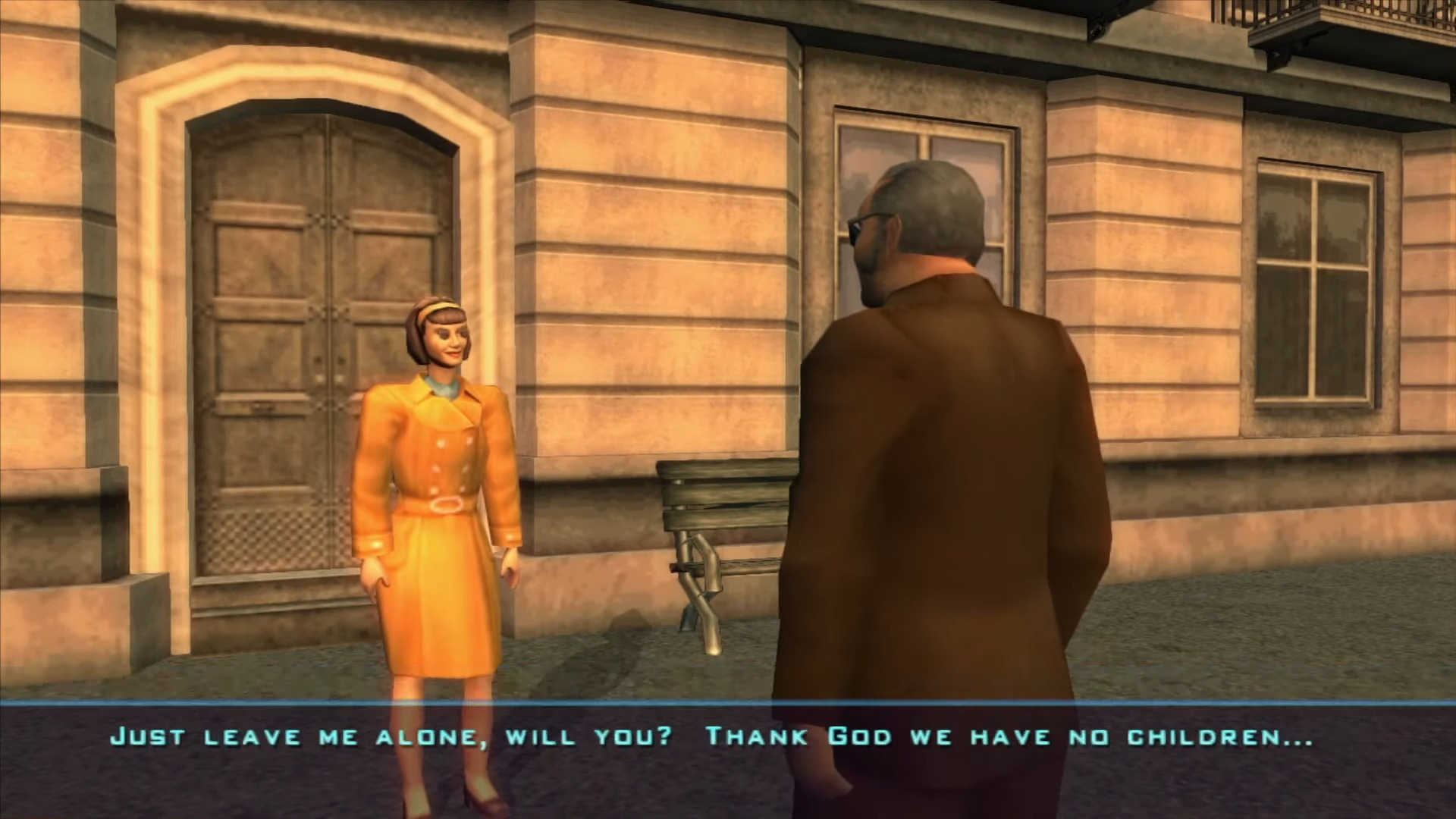 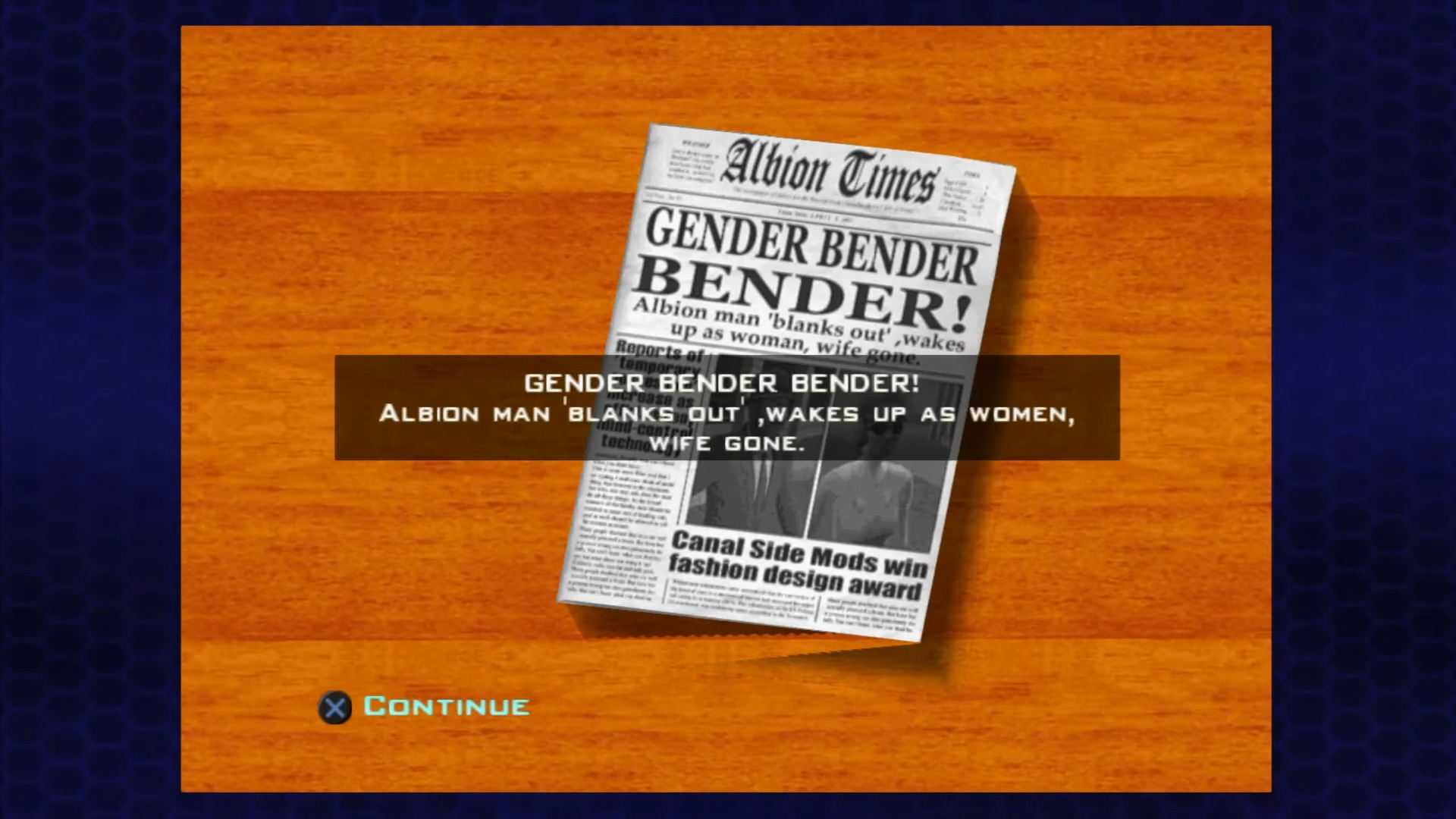 While the quest may have been considered progressive at the time, as it involves helping someone express who they really are, as mentioned above, the side mission – it seems the overton window in the Western gaming industry has shifted to the point where the entire affair has now been deemed as unacceptable to depict.

As noted by players including Reddit user /u/IndividualAd44 and Twitter user @ChristinaTasty, the Take It Like A Man mission has been removed in its entirety from the game’s remake. 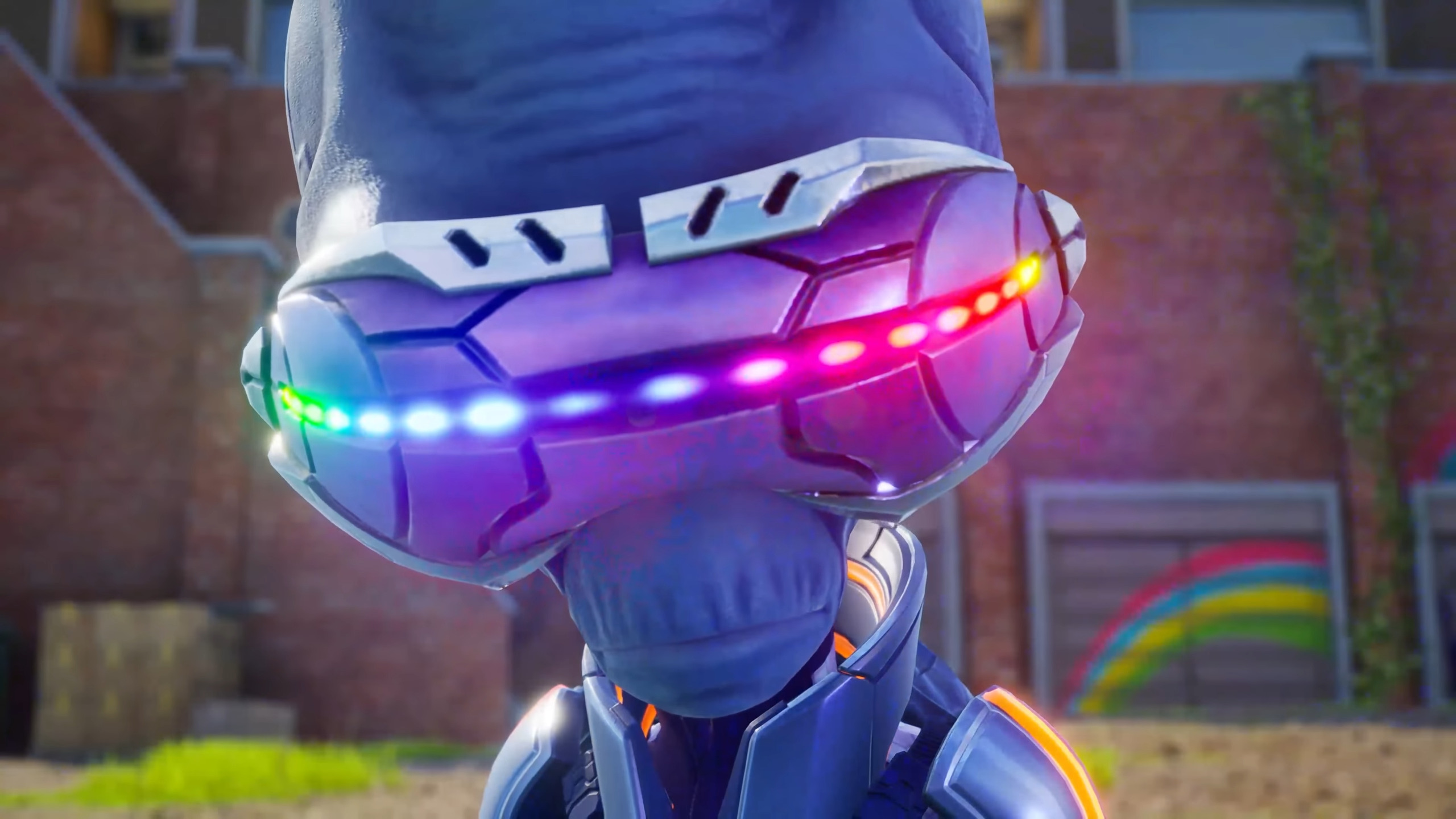 Notably, this cut was made despite a disclaimer featured during the game’s start-up sequence promising – or warning, depending on your personal outlook – that “Humans of planet Earth, be advised: While [Destroy All Humans! 2: Reprobed’s] visual experience has been upgraded, the content and historical record of the original invasion of the Furons remains a near-identical clone.”

“The Furon linguistic and cultural experience remains unaltered,” it continues, playfully referring to the game as a canonical record provided by Crypto’s species of his invasion. “The story, words, and images contained within may be shocking to the modern human brain!” 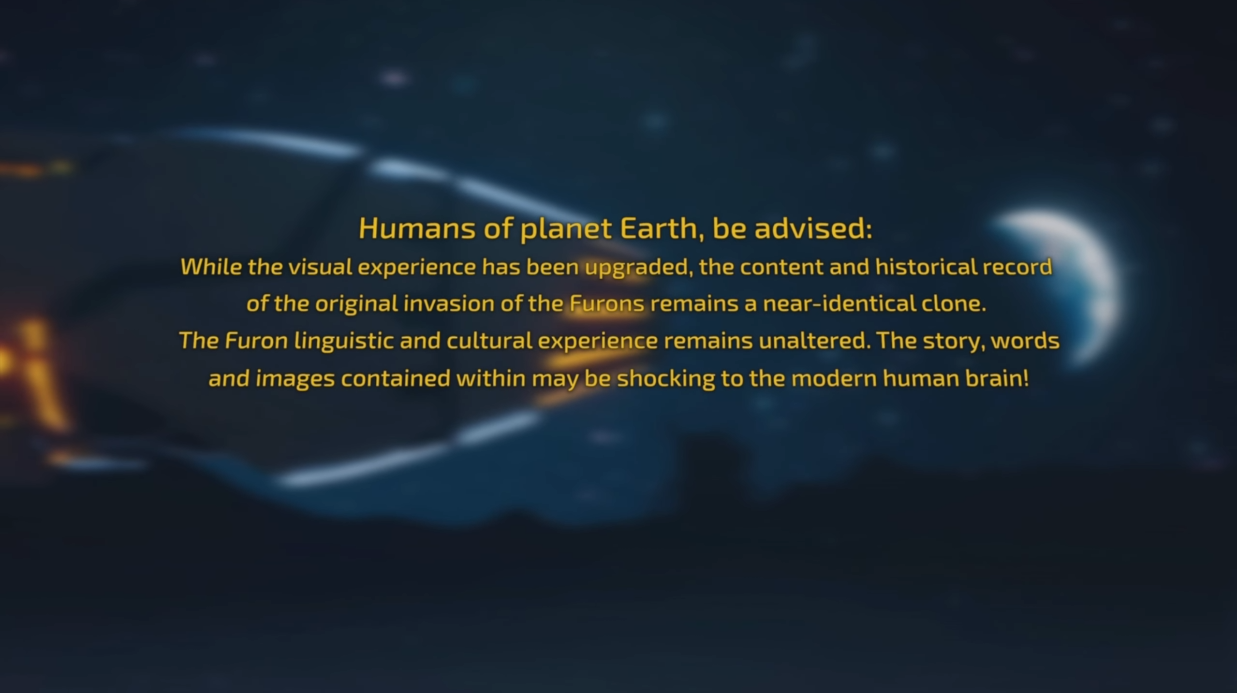 Aside from this one mission, which a cross-reference of the series’ unofficial Fandom wiki and various YouTube Let’s Plays appears to confirm is the only piece of content to have been outright cut from Reprobed, other elements that are typically censored in this day in age surprisingly made the jump to modern platforms completely intact.

Most notably, the game’s KGB-agent-turned-Crypto-beau Natalya Ivanova kept her design’s femme fatale/sexy spy tropes, including her large chest and exposed cleavage. The remake even took the opportunity to add jiggle physics and put her ‘assets’ front and center in various cutscenes and loading screens. 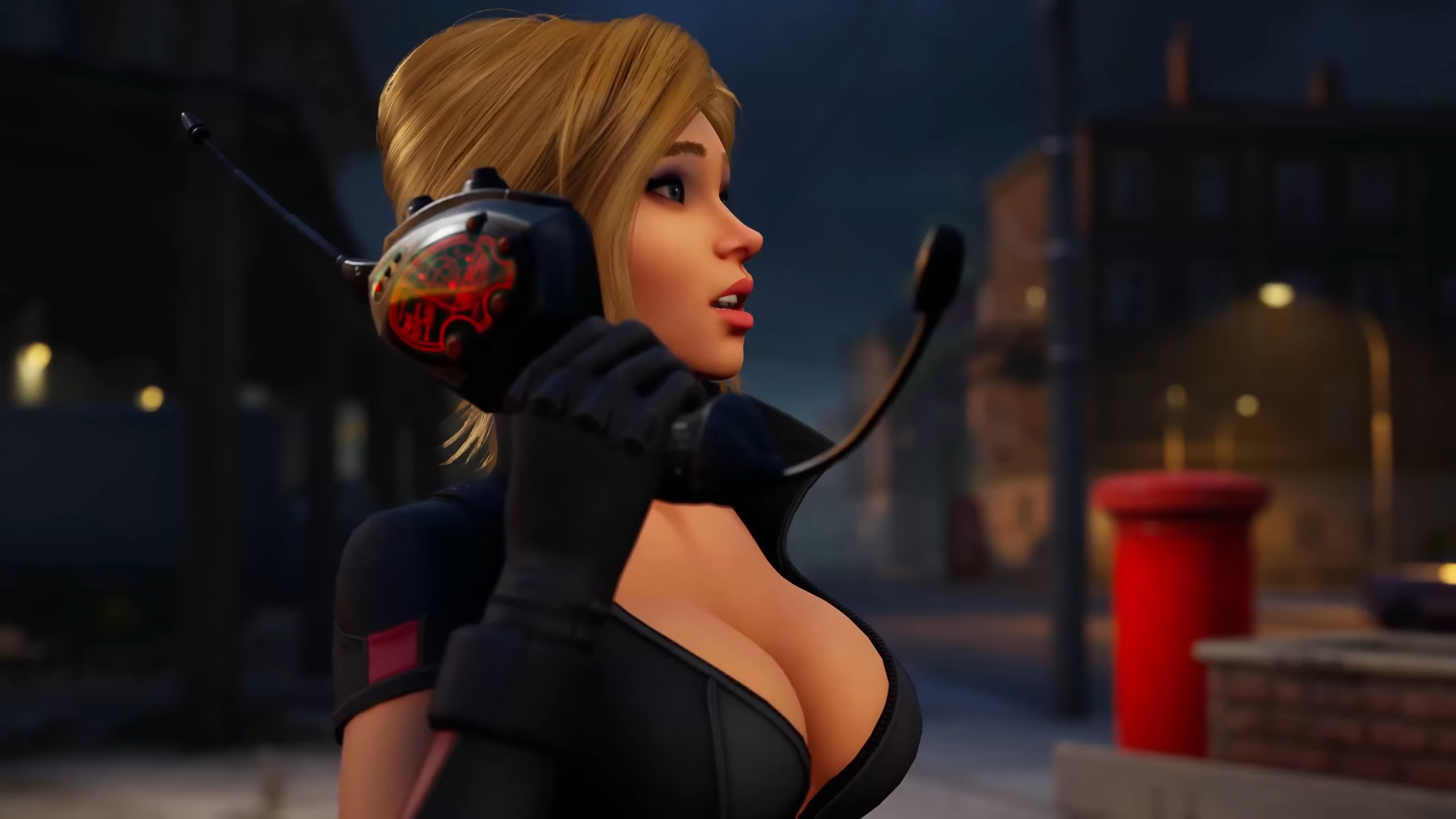 Destroy All Humans! 2: Reprobed is now available for the PlayStation 5, Xbox Series X, and PC platforms.

NEXT: Nintendo Responds To Media Speculation That ‘Splatoon 3’ Newcomer Shiver Is Non-Binary By Confirming She “Identifies As Female”