I’m not sure what it is about people trying to turn Batman into a villain or the actual real villains he is out to stop into some kind of heroes. First we had Jef Rouner believing the Joker is the hero of [easyazon_link identifier=”B001OGWY1W” locale=”US” tag=”bounintocomi-20″]The Dark Knight[/easyazon_link] and now we have Patrick Dane at What Culture detailing the “5 Reasons Why Batman Is Really A Bad Guy.” When will they get it? Batman is a good guy and to prove it, let’s debunk Patrick’s article. 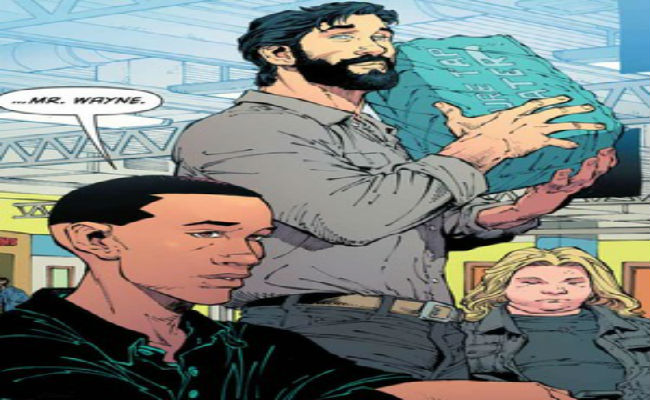 Patrick’s first claim is that Batman is psychotic. His main reasoning is “that there is no Bruce Wayne. There is only Batman” and he is “a monotone broken soul who has exact morals of right and wrong.” That doesn’t scream psychotic to me. In fact, it actually means the opposite. Batman understands what is right and wrong and acts on this knowledge. A true psycho would be driven to act irrationally. Instead, Batman makes calculated decisions based on his entrenched understanding of right or wrong.

Patrick also believes somehow that the Batman persona has killed off Bruce Wayne. This is inherently false. Looking at Christopher Nolan’s trilogy, Bruce is hoping to finally find a way to hang up the cape and restore justice and order to Gotham. Unfortunately, the police and justice system are ill-equipped to handle this, mainly because they have corrupted the very truths they are supposed to represent. Eventually, Batman is able to bring order and justice back to Gotham and live out his life peacefully in Europe.

If that isn’t a good enough example, let’s examine Scott Snyder’s most recent issues. Bruce is no longer Batman. What is he doing? He is working in a children’s home to help the orphans of Gotham. This home is run by the Martha Wayne Foundation supported by Wayne Enterprises which Bruce Wayne helped to build and maintain for the benefit and betterment of society. That doesn’t sound like a psycho to me.

He Is A Rich Guy Who Beats Up Poor People 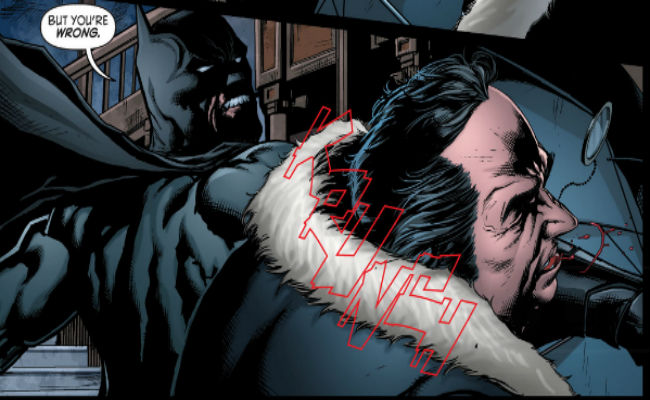 This leads to Patrick’s second point, “He Is A Rich Guy Who Beats Up Poor People.” Patrick makes this claim by assuming that the people employed by the super villains “are unemployed and possibly even homeless.” Right off the bat this doesn’t make sense because if you are employed by supervillains you can’t really be unemployed can you? He also makes a huge assumption claiming they are unemployed and homeless, so let’s go with it. Even if they are unemployed and homeless, these people have chosen to break the law (I refer to Frederic Bastiat’s definition). They are no longer innocent; they made a choice to do harm to other people. Thus, Batman is justified in subduing them and leaving them for the police to deal with. He isn’t gallivanting around Gotham looking to beat people up. No, he is looking for people who are breaking the law. Patrick is literally saying if Batman beat up and subdued MS-13 gang members in the middle of a crime we should feel sorry for these gang members because they chose and continue to choose to commit violence and harm against others.

Patrick also seems to focus on the henchmen of Batman’s foes, but let’s take a brief look at Batman’s rogues’ gallery. He takes on the Penguin, a former financier and bona-fide mob boss, who owns clubs and casinos. Ra’s al Ghul and the League of Assassins is a well-funded and ancient organization. Catwoman is a burglar who rises to become one of the most powerful and rich mob bosses in Gotham. Harvey “Two-Face” Dent is a former District Attorney turned gangster. The list goes on. None of these people are poor or homeless. Although, to Patrick’s credit, many people in our criminal justice system need rehabilitation and support once exiting the system due to the tragedy that is recidivism.

He Isn’t All That Effective 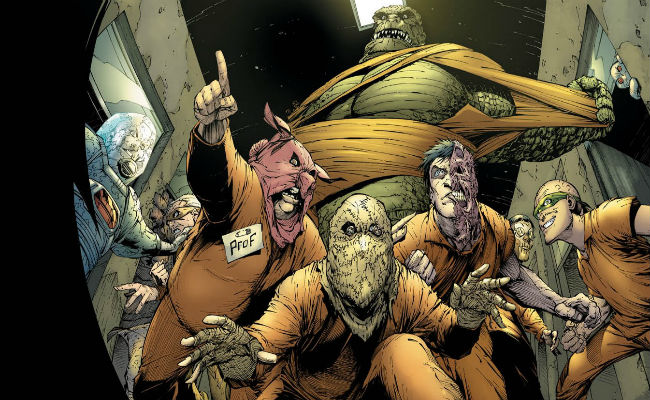 Patrick’s third point is his belief that Batman is ineffective at his job. “He basically bats a 0% average when it comes to keeping these villains behind bars.” Once again Patrick makes a fatal assumption. This one being that it is Batman’s job to keep criminals behind bars. This is in fact false. Batman relies on the Gotham City Police Department (GCPD) and the justice system to perform this function. Batman’s job is to apprehend the criminals and deliver them into police custody.

Patrick also plays into the idea that Batman has attracted many of the criminals to Gotham. This too is false and relies on an assumption. Who is to say whether or not Joker would have shown up in Gotham without Batman. One thing is for sure, Batman usually stops Joker before he is able to commit mass murder and, if he doesn’t fully stop him, he at least prevents more harm than what would have occurred without him. 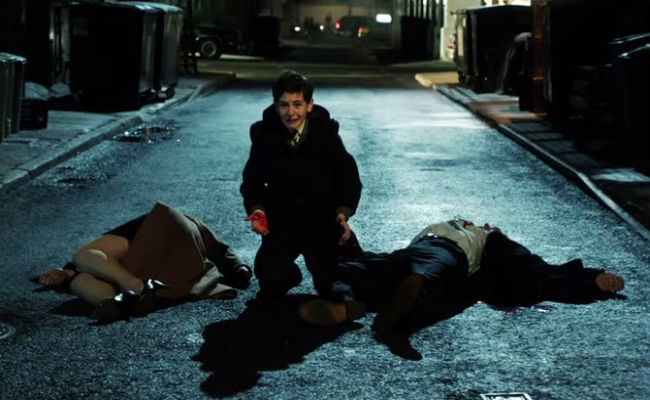 Patrick’s fourth point is the assumption that Batman is already a bad guy. He believes he already has you convinced by his first three points that he can baldly state that Batman is bad. He makes a similar argument as his previous point stating that “If he [Batman] simply moved to a less densely populated country town, it is more than likely that much of the crime would follow him.” This is once again false. Batman retired and the crime didn’t go away; instead, it became worse.

In Frank Miller’s [easyazon_link identifier=”B00FEBZSDY” locale=”US” tag=”bounintocomi-20″]Batman: The Dark Knight Returns[/easyazon_link], a new, more violent band of criminals has taken to the street calling themselves the Mutants. The police and feds are unable to stop them and leave the job to Batman. Batman is also the one who has to prevent looters from terrorizing businesses in Gotham after the detonation of a nuclear warhead caused an EMP. These things didn’t happen because Batman suddenly came out of retirement. Crime is present in Gotham and Batman is the response. It is not the other way around despite the Joker’s crazed fantasies in The Dark Knight.

He Warps The Minds of Children 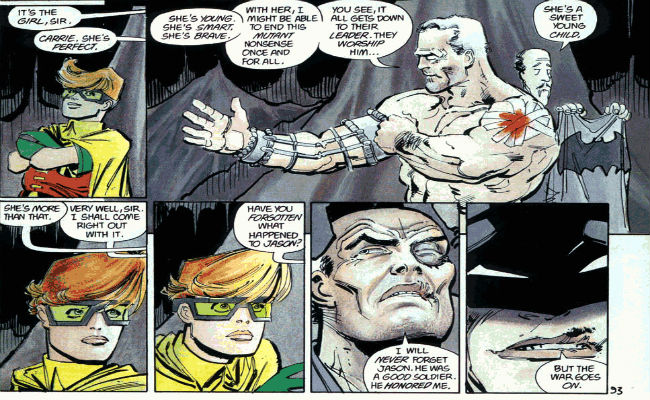 I guess we should have seen this last point coming. What better way to villainize someone than use children as the victims. This is just an absolutely abhorrent reason. Patrick blames Batman for somehow brainwashing the mind of Robin.

Let’s use Frank Miller’s Batman: The Dark Knight Returns again. Batman doesn’t go out of his way to recruit a new Robin. Instead, Carrie Kelley takes on the mantle of Robin without any encouragement and decides to make a difference in Gotham by aiding Batman. She even saves him from the Mutants.

A similar story unfolds in [easyazon_link identifier=”B000HF0IIC” locale=”US” tag=”bounintocomi-20″]Batman Forever[/easyazon_link]. Batman actively discourages Dick Grayson from seeking revenge against Two-Face and participating in his crime fighting activities. Dick ignores the advice and attempts to take revenge and fight crime by himself. Batman then brings him under his wing to teach him about the follies of revenge and better prepare him for his chosen profession in crime fighting as Robin.

As to Patrick blaming Batman for the deaths of Stephanie Brown, Jason Todd, and Damien Wayne that is absurd. These individuals chose to take on the fight for justice knowing the risks involved. Much like police officers and sheriffs who take risks every day in their occupations these three Robins took on the risk in fighting for their belief in justice and the clear distinction between right and wrong.

Batman is a hero and a role model. He should be looked up to as a good example. That being said not all incarnations of Batman are equal. One should not look at [easyazon_link identifier=”B012S1TATA” locale=”US” tag=”bounintocomi-20″]Justice League: Gods and Monsters[/easyazon_link] as an example of what Batman should be. Instead look to Frank Miller’s Dark Knight series, or Scott Snyder’s current run on [easyazon_link identifier=”1401235425″ locale=”US” tag=”bounintocomi-20″]Batman[/easyazon_link], or even Christopher Nolan’s Batman trilogy. One thing is for sure Batman is not a bad guy.