Evan Dorkin, Sarah Dyer, and Jill Thompson’s characters from their 2005 Eisner Award-winning short story “Unfamiliar” found within The Dark Horse Book of Witchcraft and first introduced in the short story “Stray” in The Dark Horse Book of Hauntings which won Jill Thompson the Eisner Award for Best Painter/Multimedia Artist, will be returning in their very own one-shot comic, Beasts of Burden: What the Cat Dragged In.

This one-shot story follows Burden Hill’s curious cats and one reluctant raccoon as they encounter sleeping demons that are awakened. To make matters worse black magic is unleashed on the town of Burden Hill.

The characters have been featured throughout Dark Horse’s line receiving their own miniseries, Animal Rites in 2009 and even encountering Hellboy in 2010 cementing their legacy in the pages of Dark Horse history. 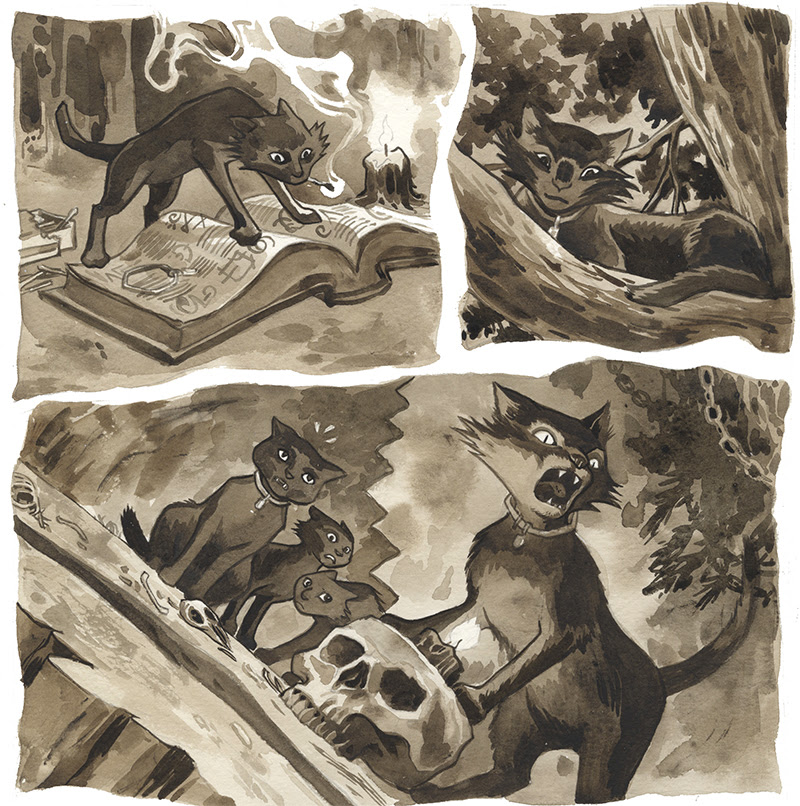