If you have been to any con there is always a strong Star Wars presence whether it is attendees cosplaying or the more organized groups such as the Rebel Legion, or the R2-D2 Builder’s Club. We got the chance to talk to the best of the Star Wars groups who just so happen to also be the good guys, the 501st Legion. Representing Garrison Tyranus was Brad Shue who doubles as a Sandtrooper and TIE fighter pilot!

BiC: We are at the 501st Legion Booth. We are with the Garrison Tyranus. Do you mind telling us who you are?

BiC: Do you want to tell us a little bit about the 501st and your garrison.

Brad: We are located in Virginia. Garrison Tyranus is the Virginia garrison of the 501st. 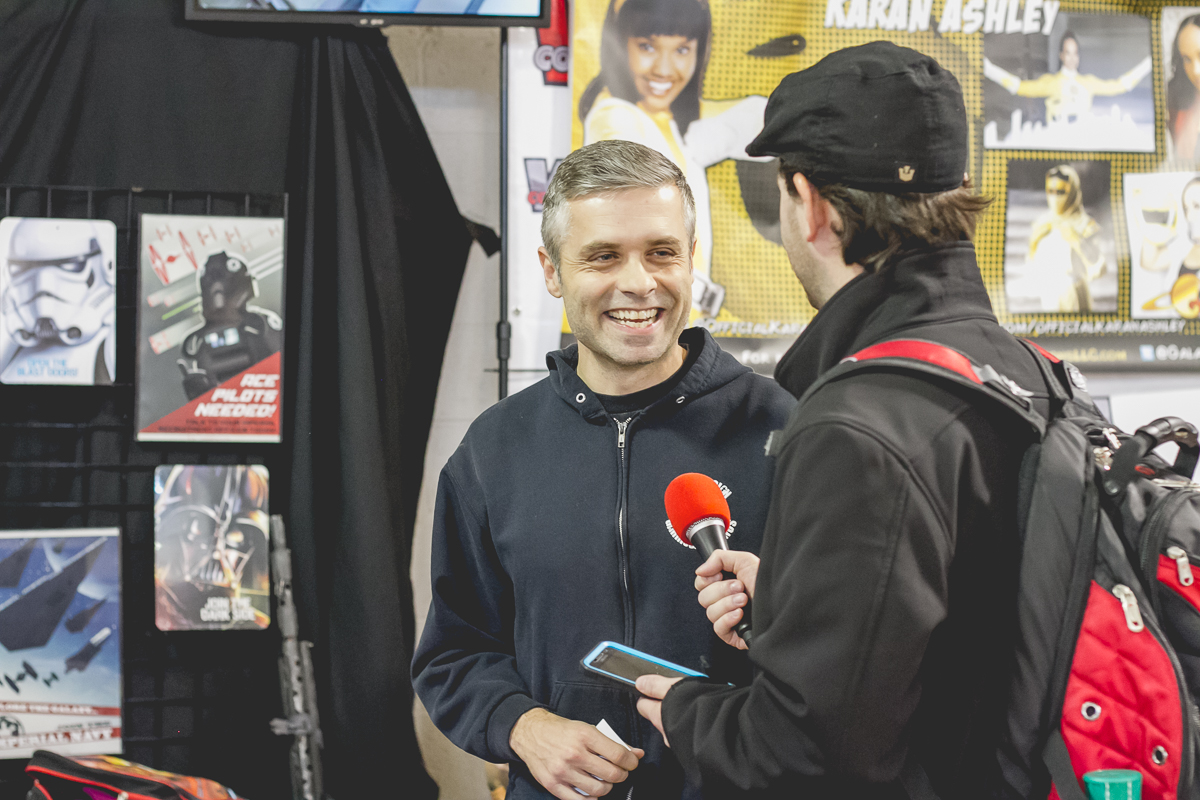 BiC: Where in Virginia?

Brad: I’m located in Alexandria. We are spread out throughout the state.

Brad: Yea. Maryland and DC is Old Line Garrison. North and South Carolina is Carolina Garrison. It’s by states. We are a Star Wars costume group. We are obviously the good guys.

BiC: Oh definitely. I understand that.

Brad: We do a lot of charitable events and volunteer with the community.

BiC: Do you want to tell us about some of those? What are some of the ones you have done this year?

Brad: Personally, I have not been out too much this year since the snow and the cold season. Usually the group as a whole does a lot of events with Make-A-Wish, Wounded Warriors, The Travis Manion Foundation. There is just a variety of events. There is a release of a book, a Star Wars Lego Visual Guide, we will promote that. Star Wars Reads is another one that we do in August. We just had Episode VII come out so we had a lot of premiere events going on. We are looking forward to a lot more for the next four or five years.

Brad: Yea, until infinity. It’s just a variety of things. We do a lot of parades. Richmond Christmas Parade. Like I said I’m down from Alexandria so we do the St. Patrick’s Day parade. A variety of community events. We try and go out and spread the love of Star Wars but also give back. 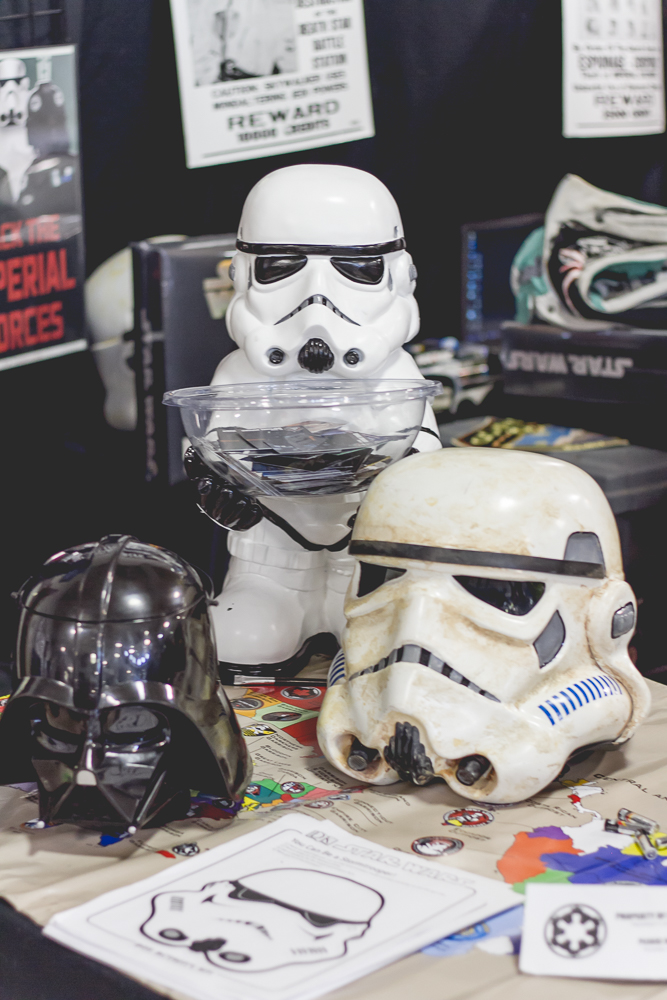 BiC: Definitely. How many members do you guys have? And if someone wanted to join how would they go about joining?

Brad: The easiest way to look into us is 501st.com We are broken down into what they call detachments. So if you are looking for the clean Stormtrooper, it’s the First Imperial Stormtrooper detachment, if you are looking for a TIE fighter pilot it would be the Jolly Roger Squadron Detachment. The Sith Lord Detachment would be Vader, the Emperor, Darth Maul so on and so forth. It’s kind of like that. Boba Fett, the Bounty Hunter’s guild.

BiC: Do you have any Bossk’s?

Brad: Yea. From the main legion site there are detachment sites and forums. The main site directs you to the detachments and those detachments focus on those costumes. It’s basically so you aren’t on your own reinventing the wheel so to speak. There are people who have already put them together. You can see their build threads. It’s just a resource.

BiC: Which costumes do you have?

Brad: I have the Sandtrooper and TIE fighter pilot. It’s fun to switch in and out.

BiC: Do you have a dewback?

BiC: I know some of the other garrisons have R2-D2 droids.

Brad: Yea, the Droid Builder’s Club we do a lot of events with them. Same with the Rebel Legion, the bad guys of Star Wars. We’re obviously the Imperials, we are the good guys.

BiC: For sure you do all of the charity work.

Brad: The Rebel Legion and the R2 builders group are sister organizations. They do everything together.

BiC: I see you have a droid here who looks like he has been blown up. Is that your work?

Brad: That is not mine. That is another member’s who is here today. That’s the first time I have seen it. 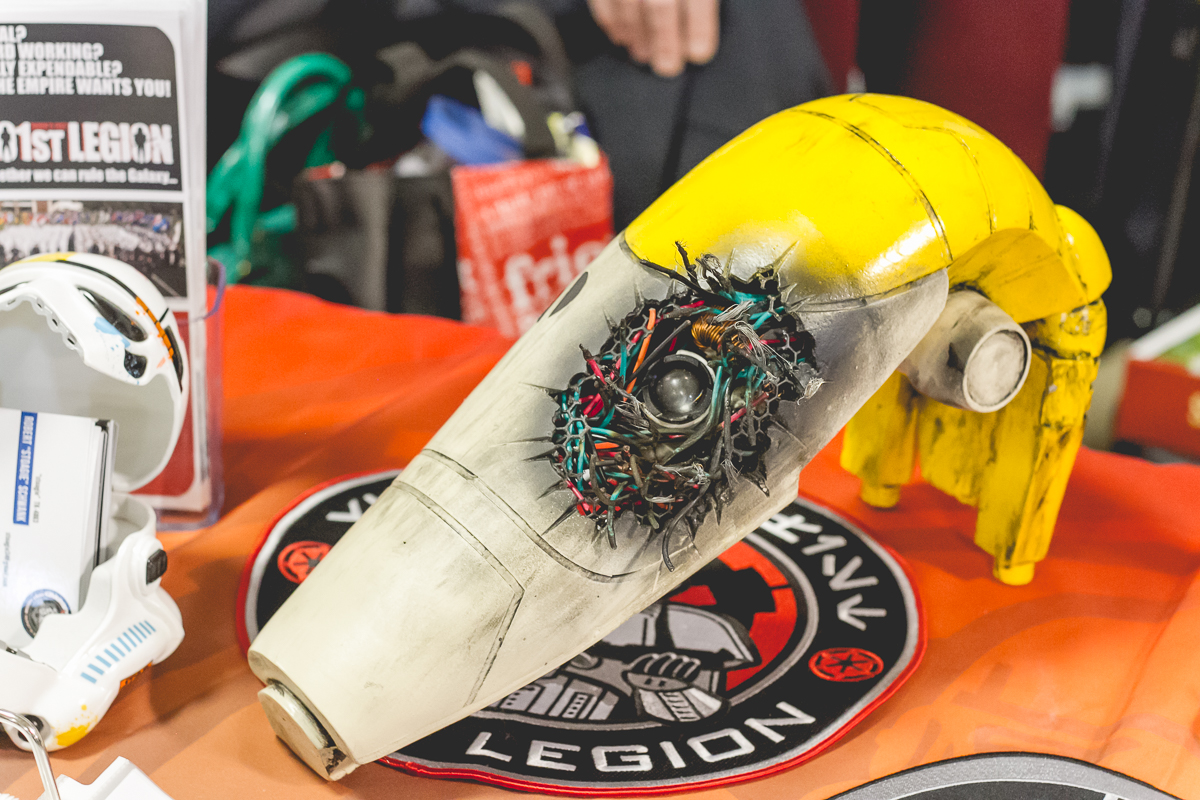 BiC: Is it a war trophy?

Brad: I believe so. We had Rex running around here.

BiC: Do you still have quite a number of Clone troopers?

Brad: Yea absolutely. As far as I have seen, the Clones are still popular. There’s definitely still people that make the armor. So it’s there.

BiC: What about First Order Troops, are you welcoming them into your ranks?

Brad: Yea, absolutely. We’ve had some since back in April. Just in Virginia alone we’ve had a couple. It’s growing. Especially once the movie you could really see the details. A lot of references instead of just the forward shot. You get the side and behind shot. People are working on coming very close to completing the new TIE fighter pilots. The officer’s uniforms too. They are definitely different from the original trilogy. In probably another years time there will be all kinds of resources.

BiC: Have you had any Captain Phasma’s?

Brad: Not that I have seen, but I have seen the prop armor and they have the helmets. They are chromed and everything.

BiC: How long did it take you to build your Sandtrooper outfit?

Brad: About a month I guess. It all depends on the time available to you. I had already built one with my brother several months before so I was a little ahead of the game. It wasn’t as long. You have to weather it. Once all the pieces are cutout it rolls a little smoother, but it’s definitely a build process.

BiC: Do you like your TIE fighter better than your Sandtrooper?

Brad: I can sit down in the TIE fighter and it’s all black. 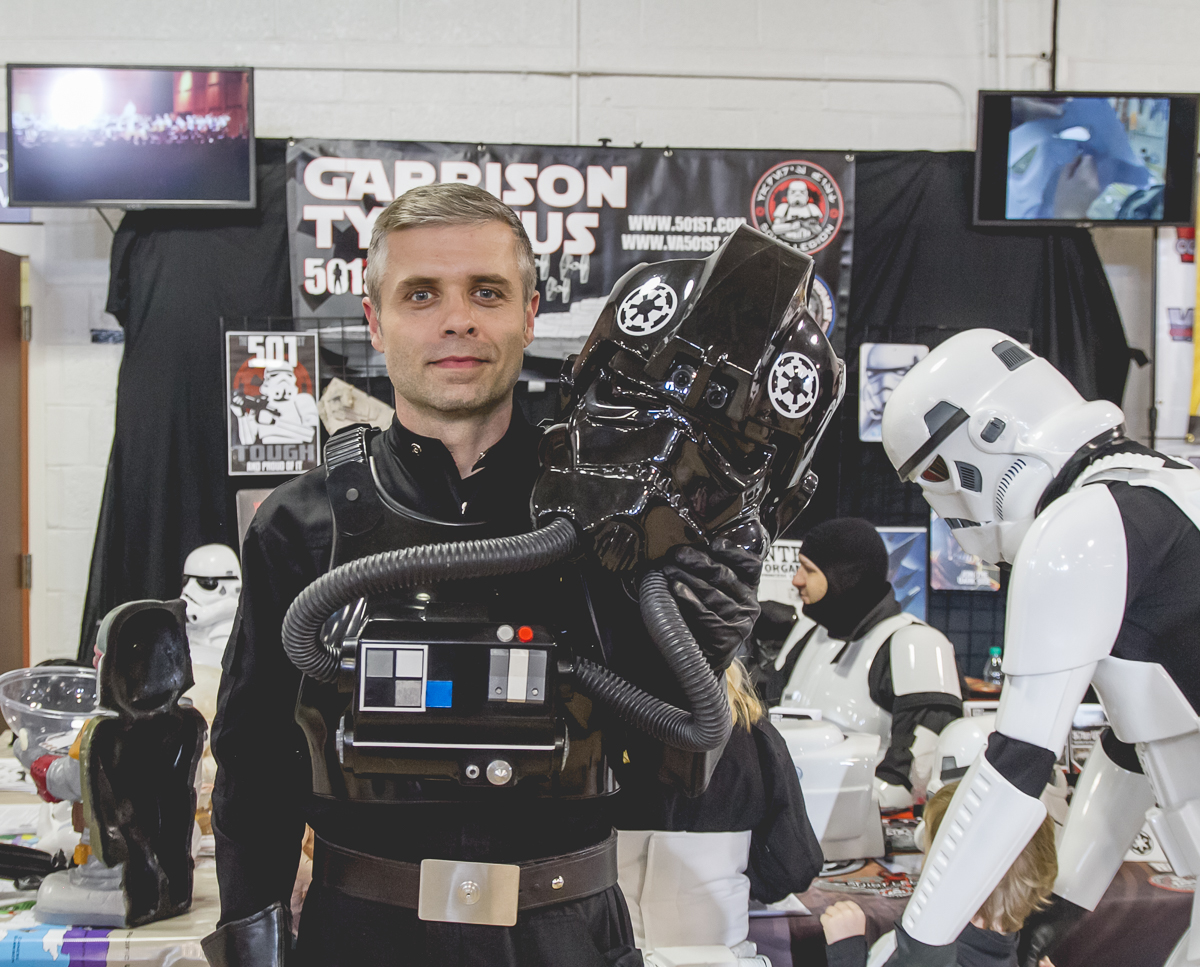 BiC: Disney is building a new Star Wars park, are you planning to go down there?

Brad: I hope so, yes. Florida Garrison is huge as far as what I have seen during Star Wars week and everything. I’m sure there will be a big 501st presence.