Over fifty years ago Gene Roddenberry gave us a gift. A vision of the world in which man had finally, after thousands of years, evolved past the worst of our nature.

Since I was a child that vision of the future had inspired me to remember it’s going to get better. I told myself that we just need more time, and others need patience. Growing up Captian Picard taught me that morality shouldn’t be lost for quick and fast fixes. Episodes such as The Drumhead told me that no one should be held to the sins of their fathers. You cannot judge a man solely on an attribute he has no control over. His race.

On the other hand, Captian Sisko also showed me that the world isn’t always run by the best intentions. No episode better explains this painful truth than Into the Pale Moonlight. Sometimes we must sacrifice our morals if it means the well-being of people we hold dear. Both series took the utopia Gene Roddenberry gave us with The Orignal Series, and pushed it to the limits. They showed us that sometimes paradise does have a price. 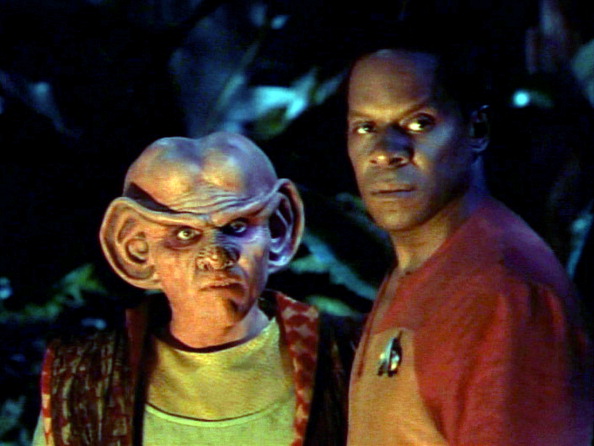 This is my problem with the latest Star Trek series, Discovery. I sat and watched the first three episodes. I even watched The Vulcan Hello, Battle at the Binary Stars, and Context is for Kings a few times before I decided to sit down and write this article. There are already plenty of articles decrying the series for its departure from Star Trek in general. I am to discuss some major retconning that hurts the franchise in general as well as what is being lost with the current course we’re in with Discovery.

Of course, that headline might be a bit crude, but this is the feeling I have after watching the first three episodes of the series. I mean they said we were in the Alpha timeline. I’ve mentioned in my recaps the reshoots that took place this year make the writing confusing. The canon is the biggest victim of that confusion. The first issue is the cloaking technology used by the Klingon sarcophagus ship in “The Vulcan Hello.”

Similar to the Romulan cloaking device, the Klingons received this technology from the Romulans circa 2268, when the two civilizations shared a political alliance. The Klingons outfitted many ships, particularly their Bird-of-Prey type vessels with the devices. In 2293 the Klingons tested an experimental Bird-of-Prey that could operate its weapons while cloaked. Captain Kirk of the U.S.S. Enterprise NCC-1701-A and his crew were able to improvise a method to track the ship, eliminating the tactical edge that the Klingon ship would have otherwise enjoyed in starship combat.

We saw the USS Europa rammed by the cloaked Klingon ship in 2256. The problem is as you see above this is twelve years before the alliance with the Romulan Star Empire where they got the technology from originally. What’s going on here? It’s possible that it could be explained away by saying that maybe the technology was given to one house alone. A means of keeping the Klingon empire divided. Even if that’s the case. I cannot imagine that other houses of the Klingon Empire wouldn’t be attempting the get their hands on the technology especially because of its obvious tactical advantage. 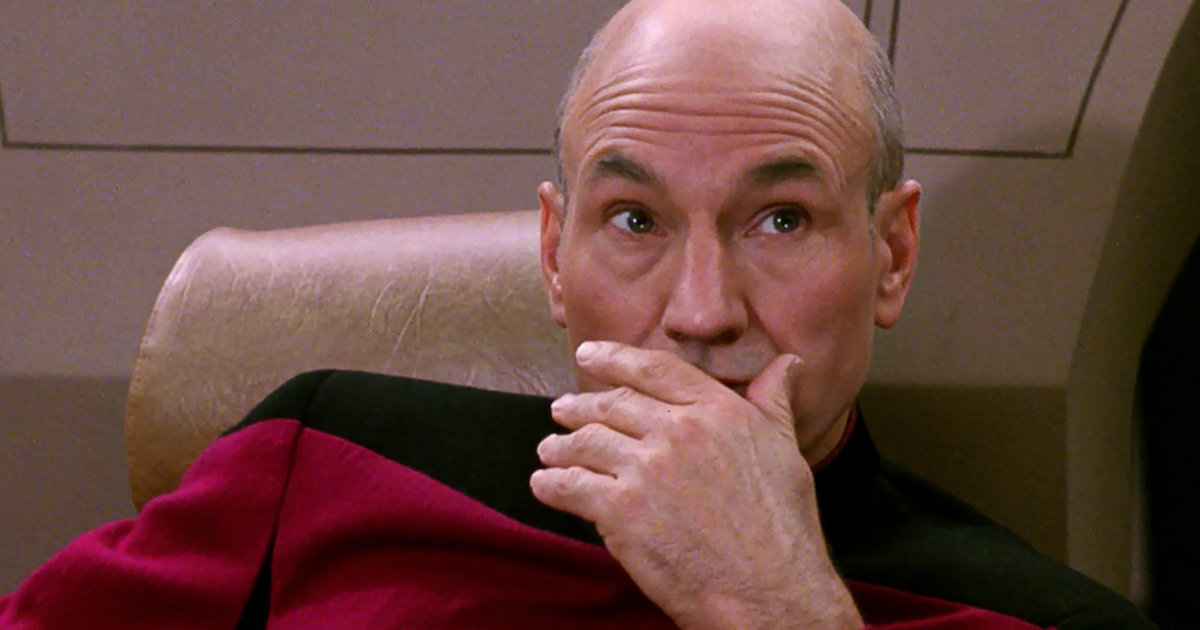 Even that reasoning doesn’t explain away canon that is almost 30 years old. To me, it screams lazy research and writing. With Fuller’s departure months ago and those reshoots, it feels as if when he left, he took the commitment to canon with him.

Another issue with cannon is the hologram communications during the Battle of the Binary Stars. During the temporary ceasing of hostilities between the Klingon and Federation ships, Admiral Anderson speaks to Captian Georgiou via a hologram. Very similar to what was introduced in Deep Space Nine as new technology. So how can this tech show up a century before the events of the Dominion War? No, CGI and special effects are one thing, but ignoring the progression of technology as seen in canon just flies in the face of fans.

The USS Discovery is basically the Section 31 ship.For those uninformed with the agency. Section 31 is a black ops group within Starfleet that isn’t authorized by the Federation government. They do the work that is felt by members something that the Federation is unable or unwilling to do.  The third episode “Context is for Kings” brings us aboard a whole new type of Starfleet vessel. One of war, not exploration. The late helmsmen Connor, who died in the Battle of Binary Stars, question screams even louder. “We’re Starfleet, were explorers, not soldiers.” Our Captain has no patience for the idea of Ethics because they’re at war. Right, when Lorcahe barked at Burnham is when I realized this isn’t a Starfleet vessel and not Star Trek. We’re in a Section 31 version of events.

I know there have always been commanders and crews in the Star Trek Franchise that had a bit of an issue with the ethics and philosophy of the show. A clear example of this “The Wounded.” Captain Maxwell, a highly respected Starfleet captain becomes obsessed with a war against the Cardassians and goes rogue. He goes on a crusade destroying Cardassian vessels because, in his view, they’re supply ships prepping for the first strike against Federation territory.

But here in Discovery, it feels like the norm. That hopeful view of humanity’s future is missing. Where did it go wrong? Maybe the showrunners wanted to cash in on a politically divided nation. In fact, showrunner Aaron Harberts made it clear that the Trump phenomenon was “front and center in our minds.” He even compares the Klingon’s to Trump supporters and says the Klingon’s rallying cry, “Remain Klingon” is supposed to reflect “Make America Great Again.”  He elaborates, “It’s a call to isolationism, It’s about racial purity, and it’s about wanting to take care of yourself. And if anybody is reaching a handout to help you, it’s about smacking it away . . . That was pretty provocative for us, and it wasn’t necessarily something that we wanted to completely lean into. But it was happening. We were hearing the stories.”

One thing I believe really hurt the series was the departure of Brian Fuller. Not only did he take the canon, but the philosophy that drew people like me into Star Trek.

I’m still hopeful. The series as a whole isn’t bad Sci-Fi. To be honest, if you were to just drop the Star Trek pretext, it would be some of the best Sci-Fi created in decades. But it’s missing way too much to be Star Trek. We can forgive retconning canon to a point, but the heart of the series, the philosophy Gene Roddenberry created with the show is missing in action.

I hope it returns, I hope that again with all the money invested in this show, around eight million per episode, they will remember what we are here for. They can claim day and night that we’re in the Alpha timeline, but the fact of the matter is it sure doesn’t feel like it. It’s not the special effects, nor the technology used by Starfleet. I get it, effects get better, and you utilize them. That’s not the problem. The problem is they gave us J.J. Abrams Nu-Trek. It might make for good popcorn flick watching, but it’s not Star Trek.