Marvel released a mysterious new teaser inviting us to the wedding of the century on June 20, 2018.

The wedding invitation includes images of a bunch of famous Marvel Comics weddings including Black Panther and Storm, Cyclops and Jean Grey, Ant-Man and the Wasp, Northstar and Kyle Jinadu, and finally Mr. Fantastic and Invisible Woman. 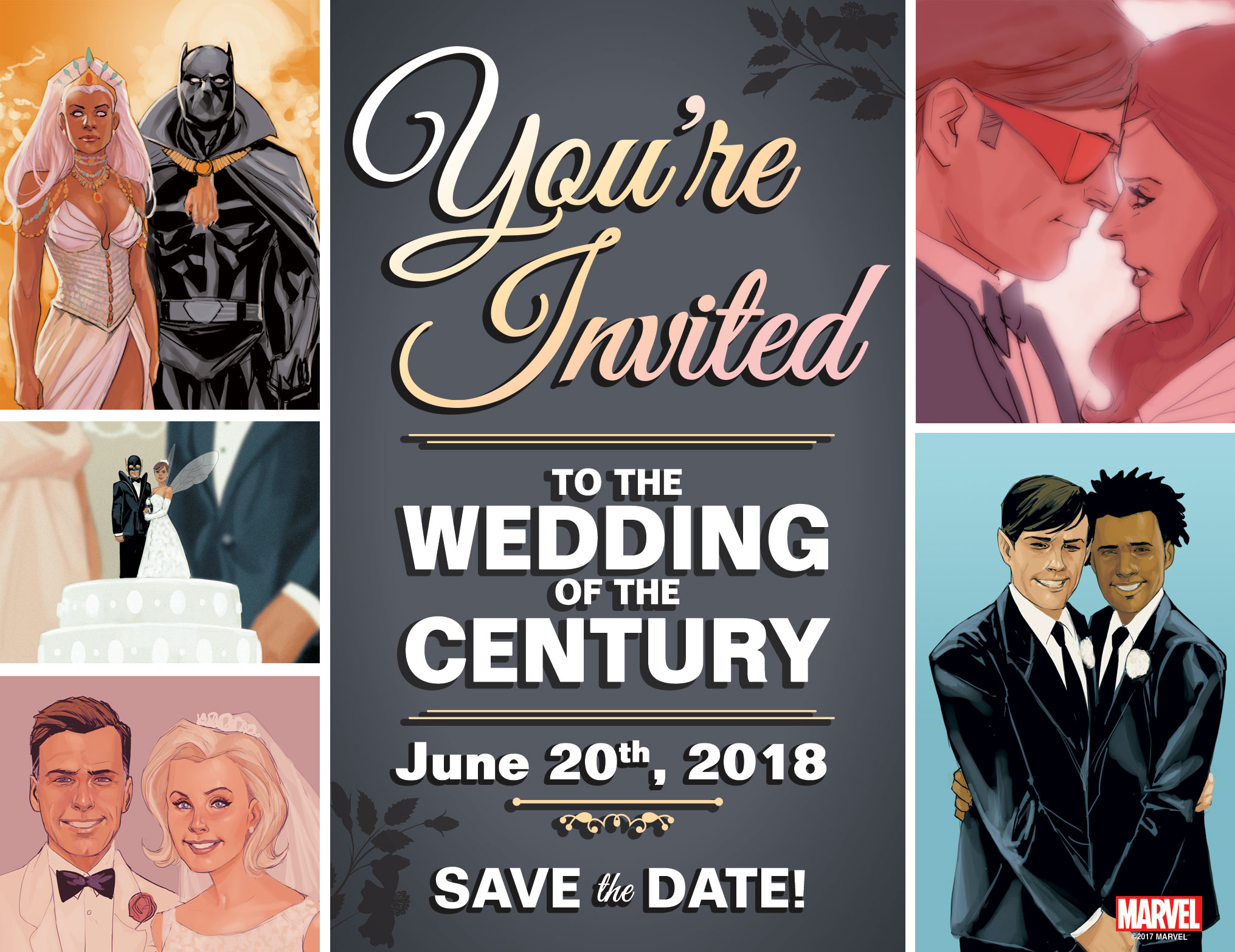 It’s unclear who this wedding invitation will be for or if it could be some kind of new group wedding for those featured on the invitation. If Marvel’s track record for weddings is any indication it will more than likely get crashed by villains looking to get revenge.

Ant-Man and the Wasp’s wedding was attacked by the Circus of Crime. Mr. Fantastic and Invisible Woman’s wedding is attacked by Doctor Doom and a legion of supervillains. Mastermind ruins Wolverine’s wedding to Mariko Yashida when he psyionically compels Mariko to reject him and begin dealing with the criminal underworld. You get the picture. When a Marvel wedding happens, there’s usually a villain out to break it up and ruin it.

And if there isn’t a villain who’s going to ruin the marriage ceremony, the actual marriage most likely ends in disaster. Ant-Man and the Wasp’s marriage in the Ultimate Marvel imprint is ruined due to Hank Pym’s abusive behavior. Black Panther and Storm’s marriage is eventually annulled. Jean Grey dies after she discovers Cyclops is having a psychic affair with Emma Frost. Spider-Man even made a deal with Mephisto to rewrite reality so he and Mary Jane were never married. But maybe the most disastrous marriage was Deadpool’s to Shiklah. It ended with Shiklah leading a monster invasion of New York City.

There are some outliers. Reed Richards and Sue Storm strong marriage has solidified them as the first family of Marvel. And Northstar and Kyle’s marriage remains strong.

What do you think Marvel has planned for the “wedding of the century” on June 20, 2018?