Justice League is petering out of theaters. While Star Wars: The Last Jedi may not be hitting its expected numbers, it’s nothing compared to DC’s lackluster blockbuster. But there were a couple of reasons to get excited about. Superman is back. The Flash was great; Wonder Woman was wonderful. Though they were left until the end, Lex Luthor and Deathstroke weren’t that bad either.

The post-credits sequence featured a well-known character named Deathstroke, played by Joe Manganiello, meeting up with infamous billionaire Lex Luthor. It was the beginning to a unique exploration of villainy on DC’s end. A smart decision. Before Justice League’s release a Deathstroke film was announced with director Gareth Evans. If you haven’t heard of Evans and his The Raid films. Watch them. Now. He’s the perfect director to tell a stunt-oriented action thriller starring a gifted mercenary. It’s quietly one of the most exciting films on any studio’s slate. One that could revitalize DC and represent the kind of superhero film audiences have yet to see.

Now, it seems the ball has begun to roll on the project. Marc Guggenheim, a producer on Arrow, recently revealed that the show can no longer use Deathstroke due to his presence in the upcoming film. In an interview with Discussing Film, Guggenheim states it plainly.

For a time they were saying ‘you can’t use Deathstroke’, and that changed and we were able to have Slade Wilson back on the show, and now we’re back to ‘you can’t use him’. They’re working on the feature film version, it really is sort of now that you’ve got obviously Slade, spoiler alert, Deathstroke appears at the end of the Justice League movie.

Bad news for the show; great news for film fans. Sounds like Deathstroke is getting the grand treatment. 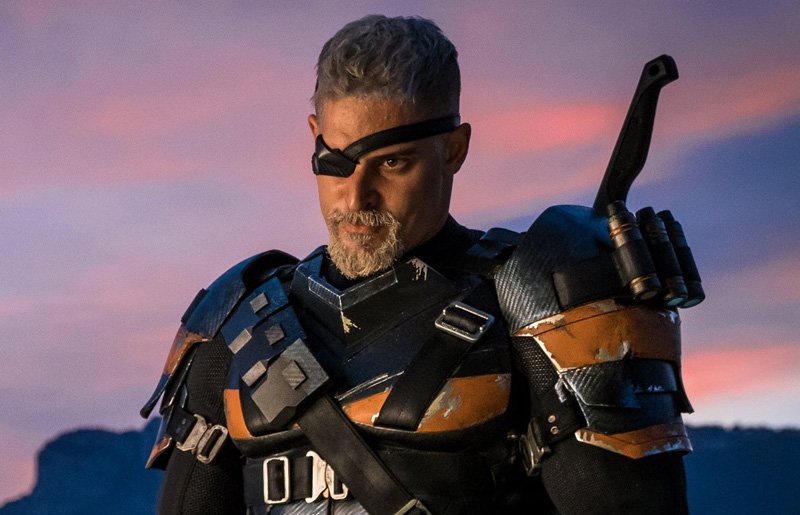 The fact that the Deathstroke movie is moving forward says a few things about the current state of superhero films. Deadpool was rated R. Logan was rated R. Director Gareth Evans’ action masterpieces, The Raid 1 and 2, were rated R. Won’t the tale about the one-eyed merc need to be equally as bloody? It certainly should be.

If Warner Bros. and DC Films are learning from the current market, treating audiences to a mature and gory action thriller should seem like a great way to separate from their latest outing.

There were certainly some things to like about Justice League. The film was a mess but it got quite a few of its characters right. It also got fans excited about the prospects of those characters. Warner Bros. and DC need to capitalize on that. The teaser for the Legion of Doom with Deathstroke and Lex was the best part of the movie. Not only that, it’s an idea that completely separates them from the precedent set by Marvel Studios. Starting to build a formidable team of evil instead of a massive, purple villain.

But the InJustice League needs to be tastefully done. Let the team slowly build instead of forcibly mashing them together in a disappointing package. A new package that has fun with its central characters instead of pandering to audiences for want of a bigger box office.

It’s a shame that Manu Bennett will not be playing the character on Arrow anytime soon. But as Guggenheim said, the studio has told them this before.

Chances are Arrow fans will get to see Deathstroke take up his sword sometime in the future.