Towards the beginning of Thor: Ragnarok, Thor loses his trusty hammer, Mjolnir. After throwing it at his sister, Hela, she grabs it and simply destroys it. The mighty Mjolnir is destroyed. Thor resorts to using a number of mundane weapons throughout the rest of the movie. In his gladiatorial battle against the Incredible Hulk, he uses a s club and shield. And when he comes face to face with Hela on Asgard, he dual wields two swords. 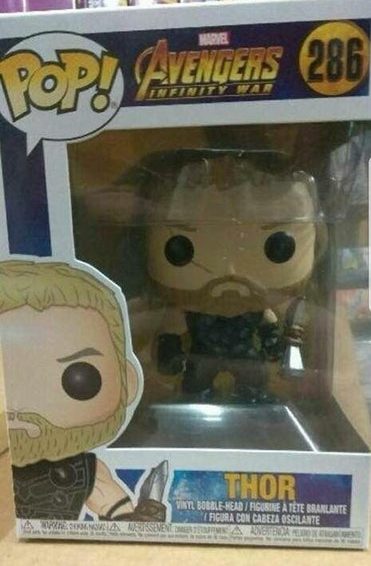 Chris Hemsworth, who plays Thor in the Marvel Cinematic Universe, hinted the weapon would be rather exciting, “Youll have to see, I cant give that away. But there is something exciting coming. I think the fans will know and love and be excited for it.”

The weapon the Thor collectible is holding appears to be the ax/hammer wielded by Ultimate Thor. 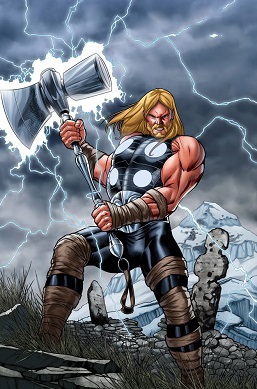 The Ultimate Thor’s Mjolnir recently showed up in the Marvel Universe and Odinson claimed it as his new weapon in The Unworthy Thor #4 by Jason Aaron and Olivier Coipel back in February of 2017. 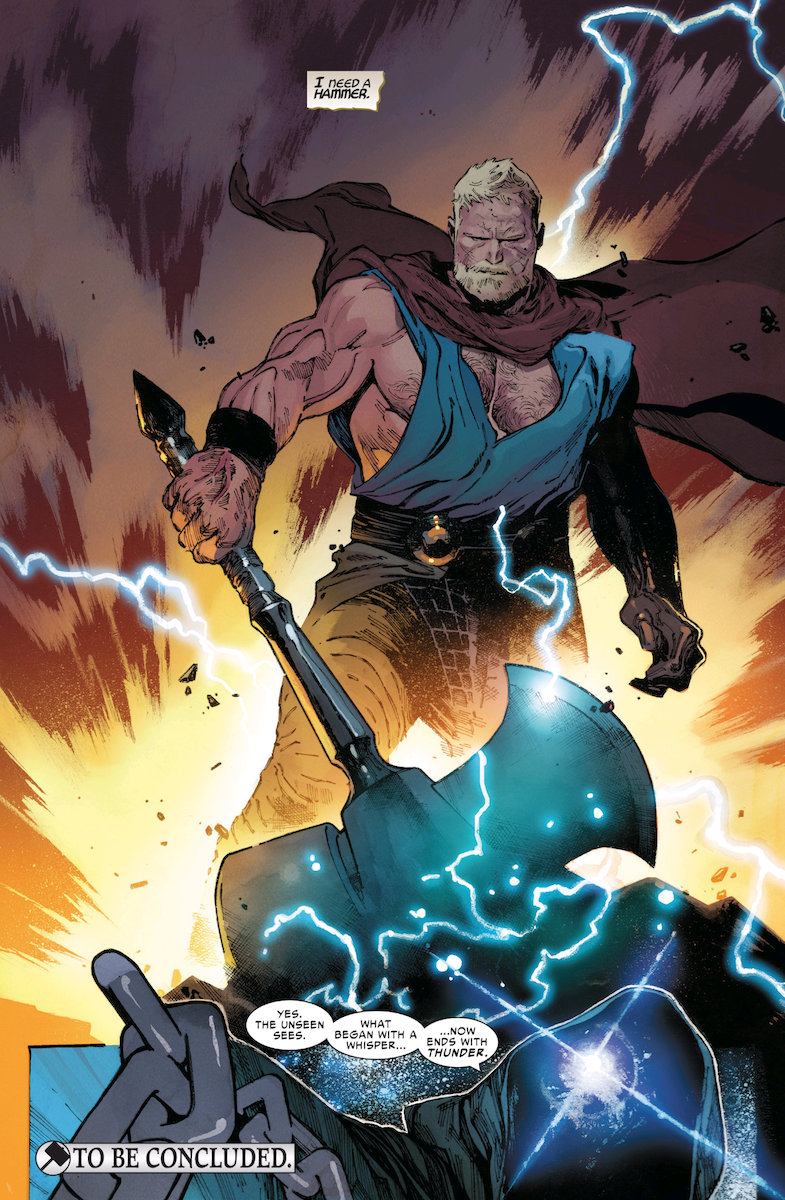 However, Funko POPs don’t always end up looking exactly like their on-screen counterparts. In fact, the Thor: Ragnarok Funko POP shows Thor with both of his eyes. In the movie he actually loses one of his eyes to Hela and now sports an eye patch. 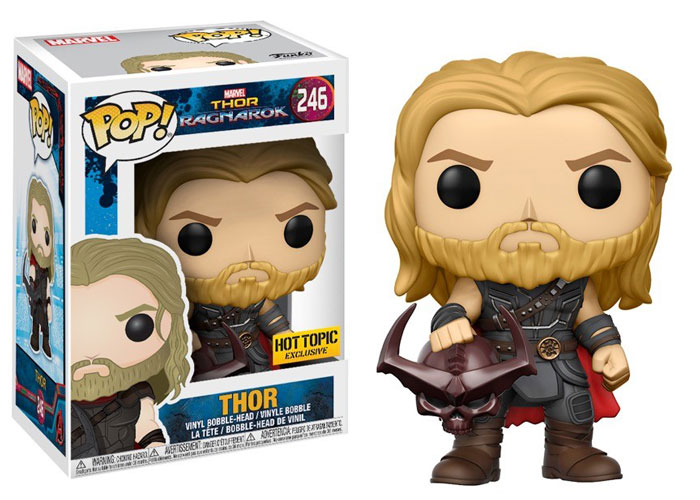 However, there is a Gladiator Thor that hints about his lost eye. Although it could also just be a reference to the war paint he wears in the Gladiator battle. You can see the design in the collectible below: 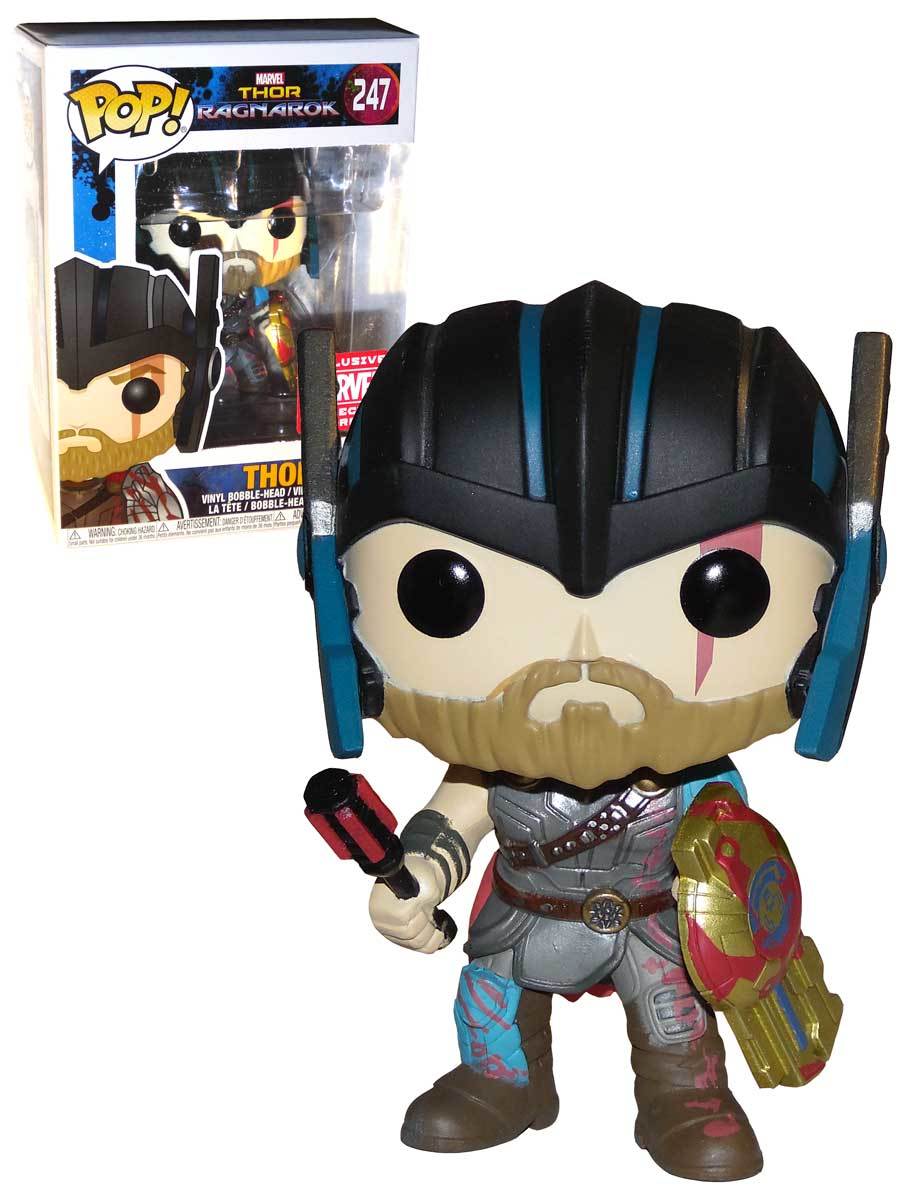 Do you think the Ultimate Mjolnir will show up in Avengers: Infinity War or will Thor use another weapon like his axe, Jarnbjorn?

Avengers: Infinity War hits theaters on May 4, 2018. Chris Hemsworth stars as Thor and he will have a brand new weapon one way or another!