Brian Michael Bendis is attached to pen the script for the upcoming Kitty Pryde solo film with Deadpool director Tim Miller attached to direct the film.

The Kitty Pryde solo project was announced last month. We speculated that Kitty Pryde might show up in Fox’s upcoming adaptation of the Dark Phoenix Saga in X-Men: Dark Phoenix. Kitty Pryde was first introduced during the Saga by Chris Claremont and John Byrne. In fact, she played a pivotal role in rescuing the X-Men from the clutches of the villainous Hellfire Club and their White Queen Emma Frost.

It’s still possible Kitty Pryde might cameo in the upcoming film, but new reports on the film indicate it is going by code name 143. Many believe this code name references Uncanny X-Men #143. The issue was a Christmas special, but also Kitty Pryde-centric.

The issue details Kitty Pryde’s first Christmas with the X-Men, but instead of celebrating she is being grilled by Professor Charles Xavier on her knowledge of the X-Men, their equipment, and their abilities. More specifically she’s learning the controls of the X-Men’s Blackbird.

The issue is classic X-Men. However, the entire team leaves Kitty Pryde alone at the X-Mansion. Kitty suits up and enters the Danger Room. While she’s performing a light gymnastics routine, the burglar alarm to the mansion goes off. Kitty shows off her unique talent by running up air molecules to investigate the source of the alarm in Storm’s attic. When she gets there all of Storm’s plants have died and there is a sticky, green substance on the floor. 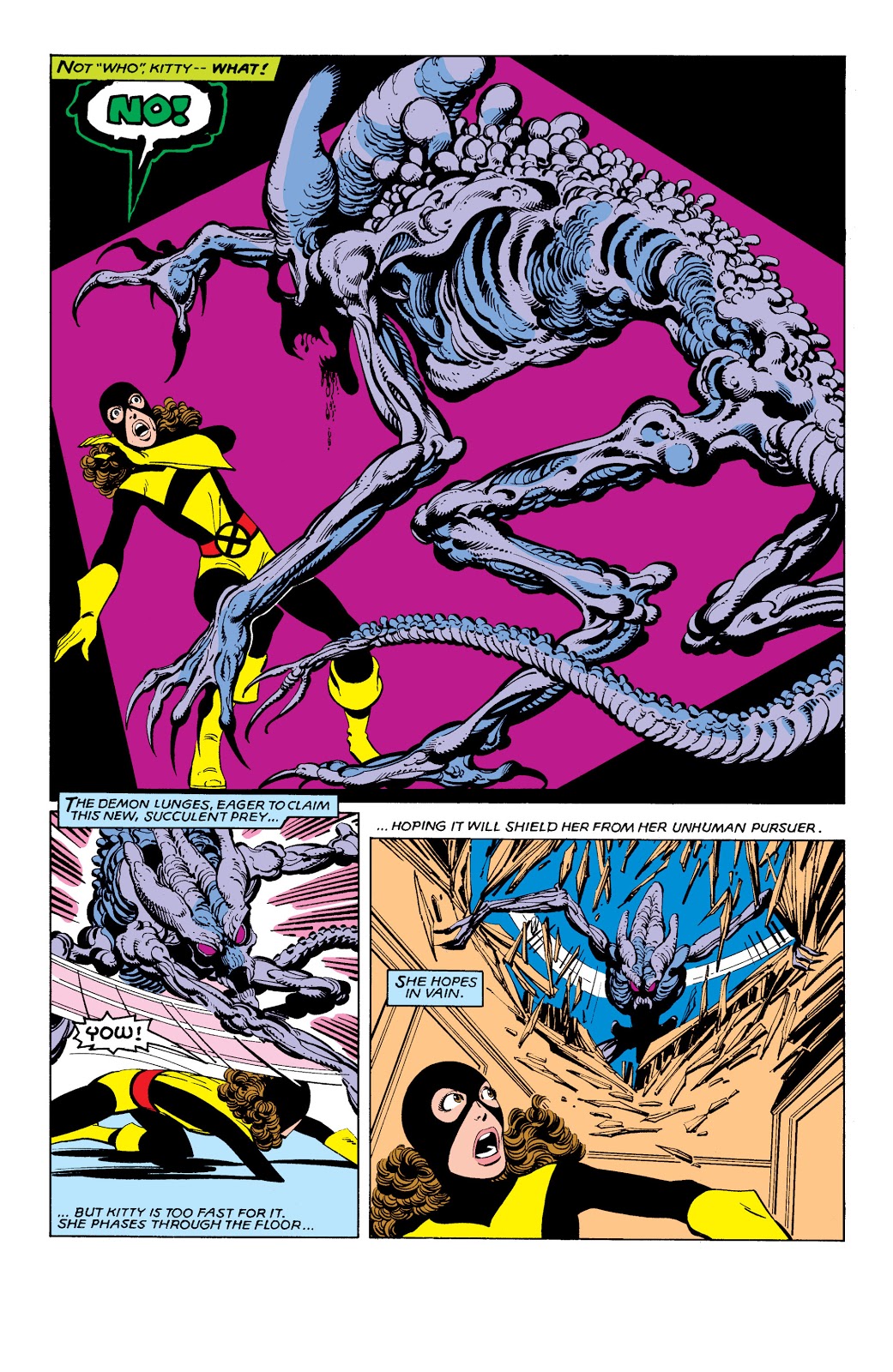 That’s when Kitty comes face to face with an ancient species called the N’Garai, which look an awful lot like Aliens. Kitty is outmatched. The giant alien has claws as sharp as Wolverine’s adamantim. It’s also extremely cunning, and doesn’t fall for any of Kitty’s tricks. The N’Garai even manages to attack Kitty and deal her a painful despite the fact she phased before the creature made impact. Kitty eventually baits the monster to the Danger Room where she uses the room’s weapons to try and defeat the monster. However, even the Danger Room cannot stop this malevolent monster. Kitty must use her knowledge of the X-Men’s equipment specifically the Blackbird in order to overcome it. 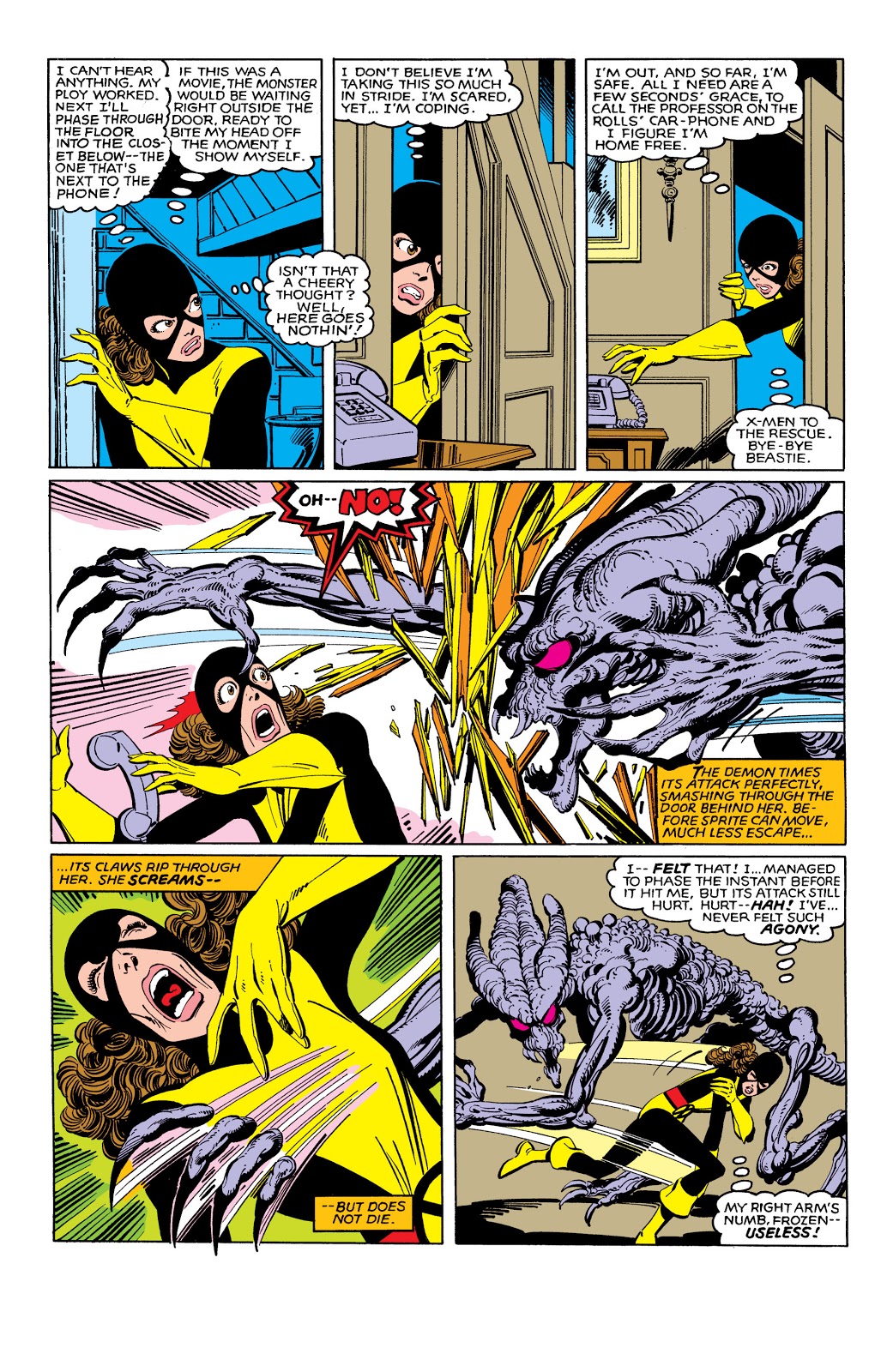 The story definitely has a horror vibe to it. It would follow suit with the genre films Fox has rolled out recently with Logan and Deadpool and the upcoming The New Mutants.

Fans were excited about the news.

// The untitled X-Men movie that’s just been announced is going to centred around Kitty Pryde and I’m so excited.

So wake up and find out Bendis and Tim Miller are working on a kitty pryde movie working tittle 143 based on a early kitty pride issue, worked it out as its after my two fav issues 141-142 🙂 (days of future past) and then read an article and realise Terry crews is in Deadpool 2!

However, others had mixed feelings:

Bendis is a great writer (unless we’re talking Civil War II) and Miller is an exciting director, but you’ll excuse me if a solo Kitty Pryde movie sounds like nap time. Hopefully, I’ll be proven wrong (or at least there’s more to it).

I put this Kitty Pryde news in the same space that I have Gambit. I hope I’m wrong but I doubt this movie gets made. #XMen pic.twitter.com/o49GQ6LJO0

#KittyPryde doesn't have a character in the X-Men films. Why are we suddenly giving her a movie? Somebody explain this to me.

Oh look. Fox is making a Kitty Pryde movie…cool…because its not like we don't need an X-23, Storm or Gambit movie first…nah…we need Telepathic Juno first

Not Storm, but Kitty Pryde. All the side-eyes

But why is there a Kitty Pryde movie pic.twitter.com/d0eDXcCBgw

What are your thoughts about Brian Michael Bendis penning the script for the upcoming film? Do you think they will adapt Uncanny X-Men #143 or will we see Bendis take Kitty Pryde to space like he did in the Marvel Comics?