All it takes is one bad day…

To reduce the sanest man alive to lunacy. The Joker was probably never the sanest man alive. But the vile creature was on the precipice between madness and mediocrity. At least, that’s how The Killing Joke paints his origins. Recently it was announced that Joaquin Phoenix will be starring in a new Joker-origin film, which will be produced by Martin Scorcese, directed by Todd Philips, and could also star Leonardo Dicaprio.

Those are A LOT of reasons to be excited for this film. While a Joker origin film doesn’t sound like something the DC slate needs right now, that’s too much talent to ignore. Clearly, this group has an idea that they want to explore. Now more details have been revealed about what those ideas could be.

According to a recent report by The Wrap, the film will depict the Joker as a failed 80’s Comedian. Sound familiar? Well, that’s the plot to Alan Moore’s The Killing Joke as well as Martin Scorcese’s own film, The King of Comedy.

The King of Comedy was a 1983 film that starred Robert DeNiro as a failed stand-up comedian. After thinking he’d made his big break, the Comedian ends up kidnapping his way into a live-studio audience. A comedian who resorts to crime after failing miserably. Sounds exactly like The Killing Joke. If Martin Scorcese really is “godfathering” the production in some way than this is incredible news. He’s one of the most gifted filmmakers ever. Not only that, it sounds like The King of Comedy will be referenced in the Joker’s origins.

No wonder Todd Philips wanted Martin Scorcese on board to Executive Produce! 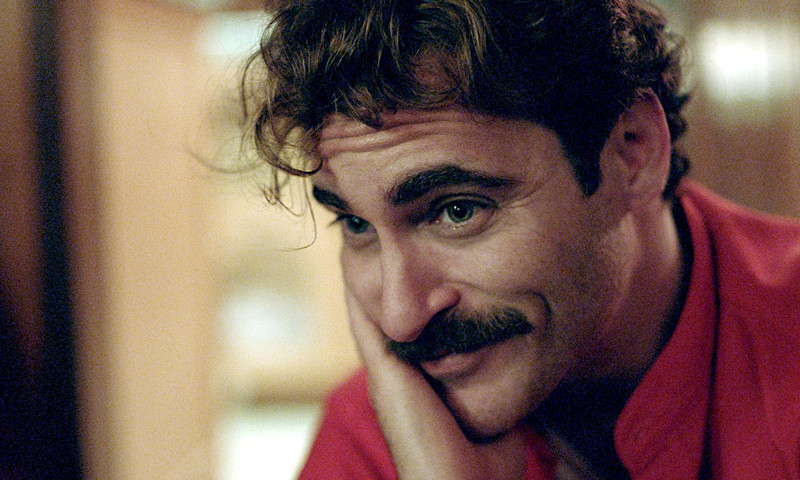 Joaquin Phoenix in “Her” – Annapurna Pictures

Joaquin Phoenix is going to do something not seen for a long time: the transformations of the Joker. The only time it’s been depicted on the big screen was by Jack Nicholson in Batman (1989). It probably won’t resemble that film much. Not that Nicholson’s Joker wasn’t great, but Philips and Scorcese will be looking to put a new spin on things. One that manages to put the Joker in the spotlight and explain just what went wrong.

It’s incredibly intriguing. While Scorcese is working on The Irishman for Netflix right now, it’s great to see him helping other projects along. As one of the best filmmakers ever, modern blockbusters and superhero films can learn A LOT from his films. The downfall and demise of gangsters is his specialty. If Leonardo DiCaprio is going to be playing someone in the Maroni or Falcone crime families, expect Phoenix’s Joker to be a part of their downfall. Something that sounds like it could be the perfect kind of movie for Scorcese himself to tackle. Well, maybe someday.

The film will be released under a new Banner for DC. One that let’s audiences know that these are stories that won’t necessarily be connected to others films or franchises. Another intriguing idea for Warner Bros. to tackle. But for right now Todd Philips is just taking a stab at creating a captivating origin for the greatest villain in the history of fiction. With a team that includes Philips, Martin Scorcese, Joaquin Phoenix, and possibly Leonardo DiCaprio this Joker origin film is no laughing matter.