Marvel Comics just sent us the cover for Infinity Wars #2 by Mike Deodato Jr., which appears to spoil their on-going event book Infinity Countdown and its subsequent one-shot tie-ins. The new cover once again shows a new character called Requiem, but what’s interesting is who he is holding in the palm of his hand and the colors coming out of their foreheads. The colors seem to correlate with Infinity Stone each of them wields. 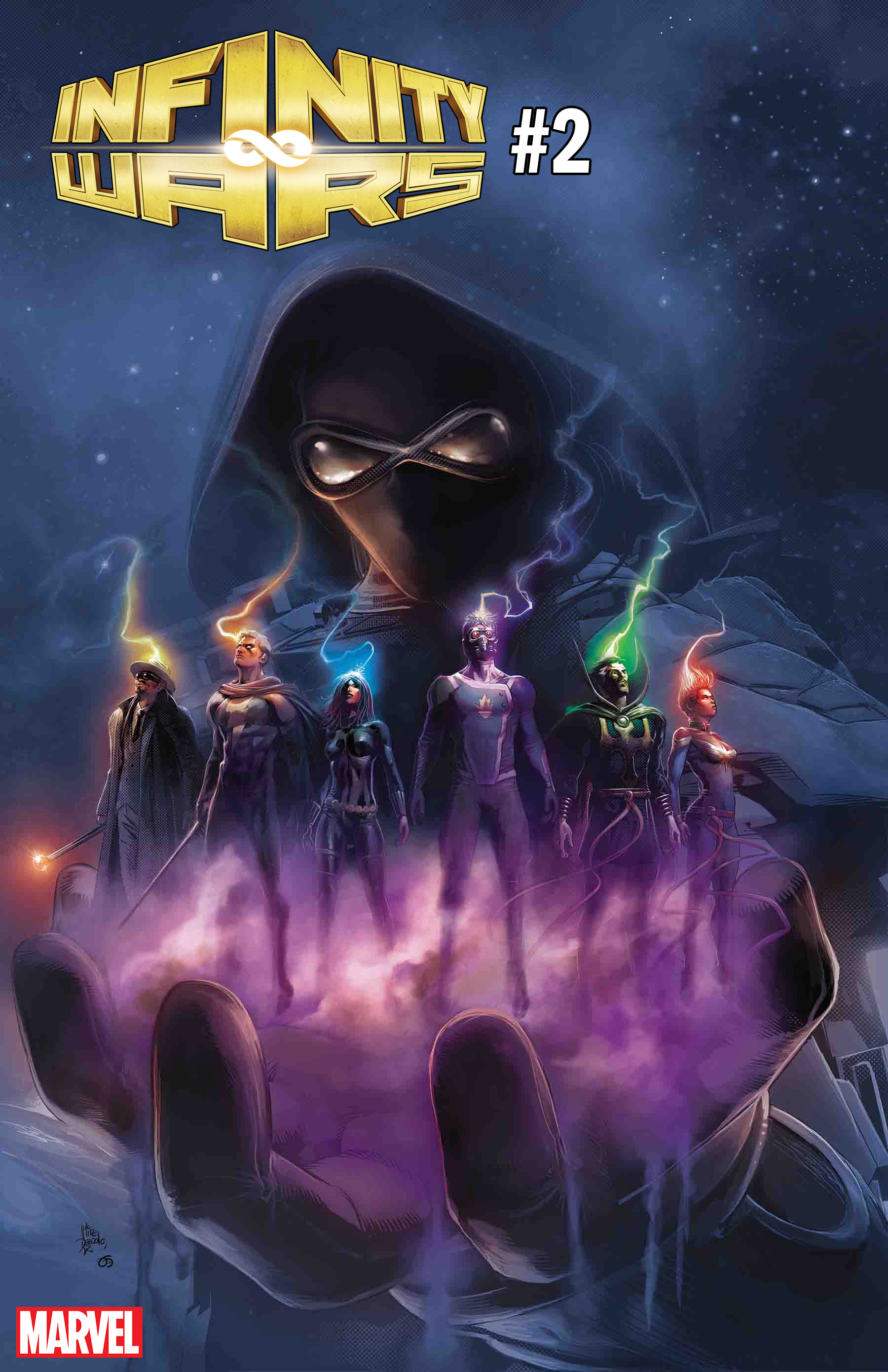 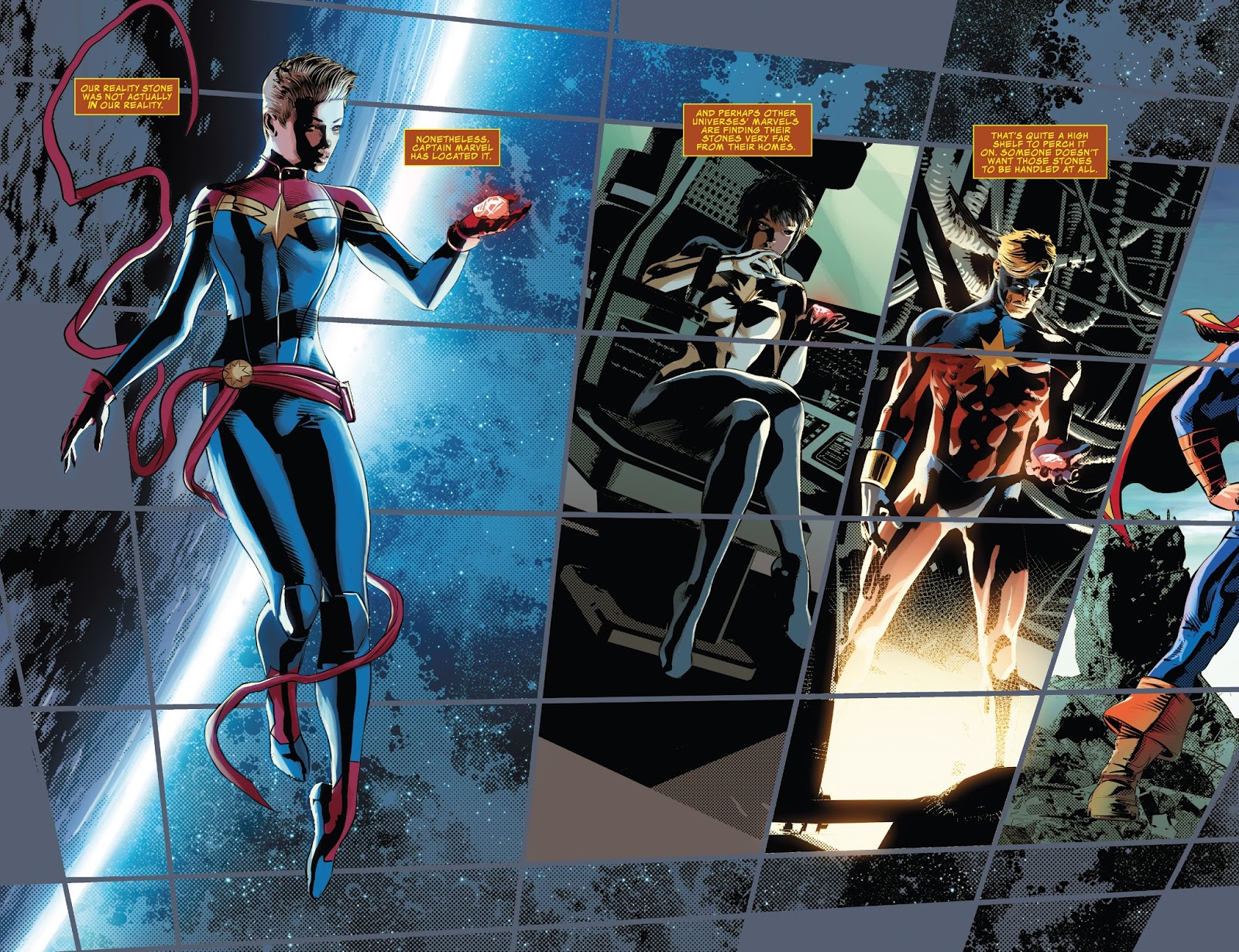 It doesn’t appear this stone will switch hands during Infinity Countdown, and if it does it will end up back in Captain Marvel’s possession.

Requiem appears to be holding Doctor Strange in his hand as a the wielder of the Time Stone. 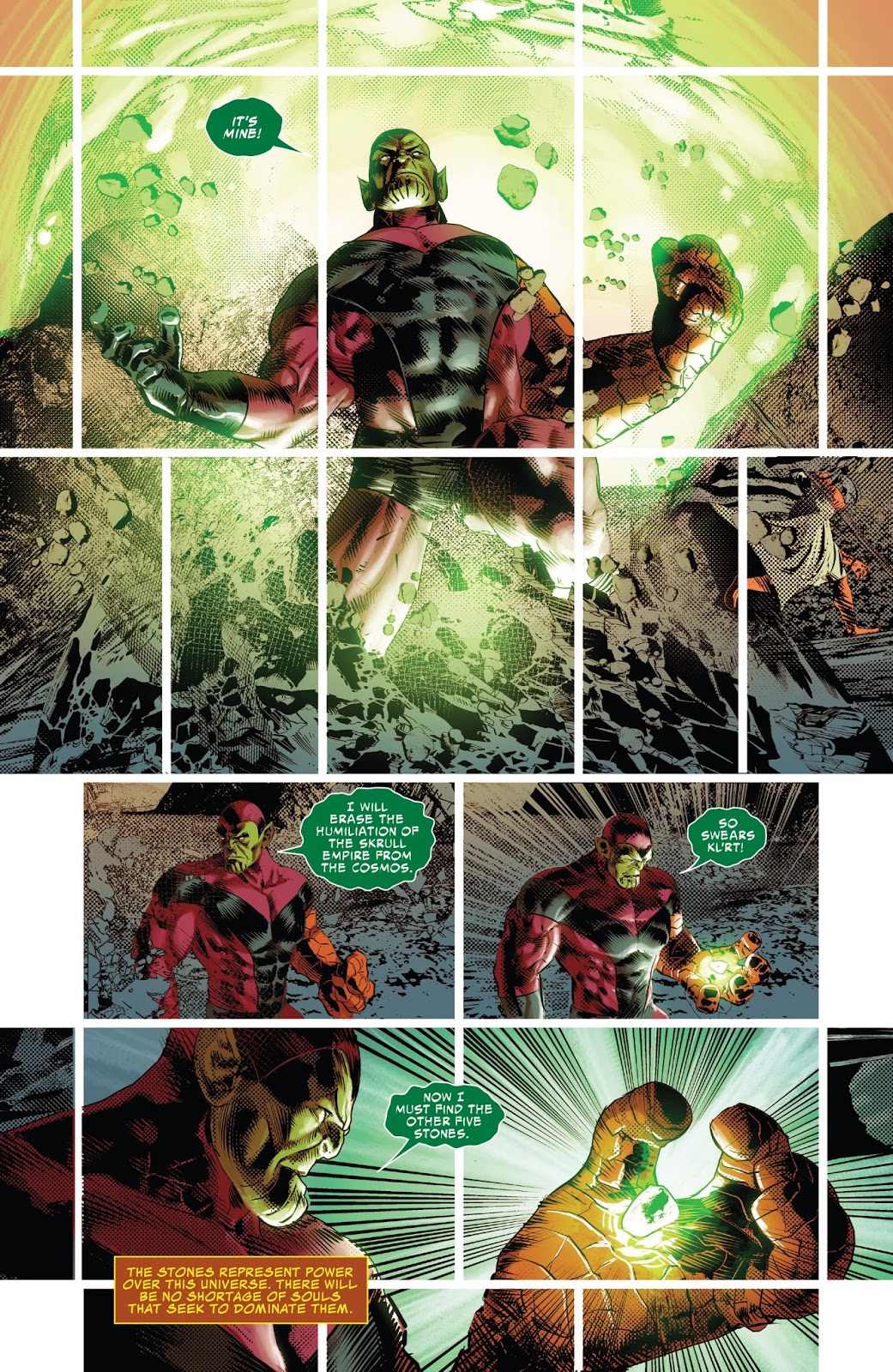 This is a definite change to who currently holds it in Infinity Countdown. Super Skrull currently controls the Time Stone and it’s also possible that Thanos has a Time Stone too as he used a broken shard of the Time Stone to return to the present Marvel Universe timeline after defeating an older version of himself.

Star-Lord is in control of the Power Stone.

The leader of the Guardians of the Galaxy took control of the Power Stone in the last issue of Infinity Countdown and shared it amongst his team to defeat the Chitauri Warbringer. The way Drax uses the Power Stone is just a sight to behold! And then Nova actually uses it to increase his own abilities and get the Guardians to safety as the planet they were battling on explodes. While Nova currently controls the Power Stone, it appears Star-Lord will see it returned to his possession in the near future.

The Space Stone first appeared in Marvel Legacy #1 when Loki tasked a number of Frost Giants to steal it from a S.H.I.E.L.D. Storage Facility. They were meat with resistance by the Avengers. However, one Frost Giant did escape with Space Stone. However, he gets hit by a beer truck driven by Wolverine, who kills the Frost Giant and claims the Space Stone. 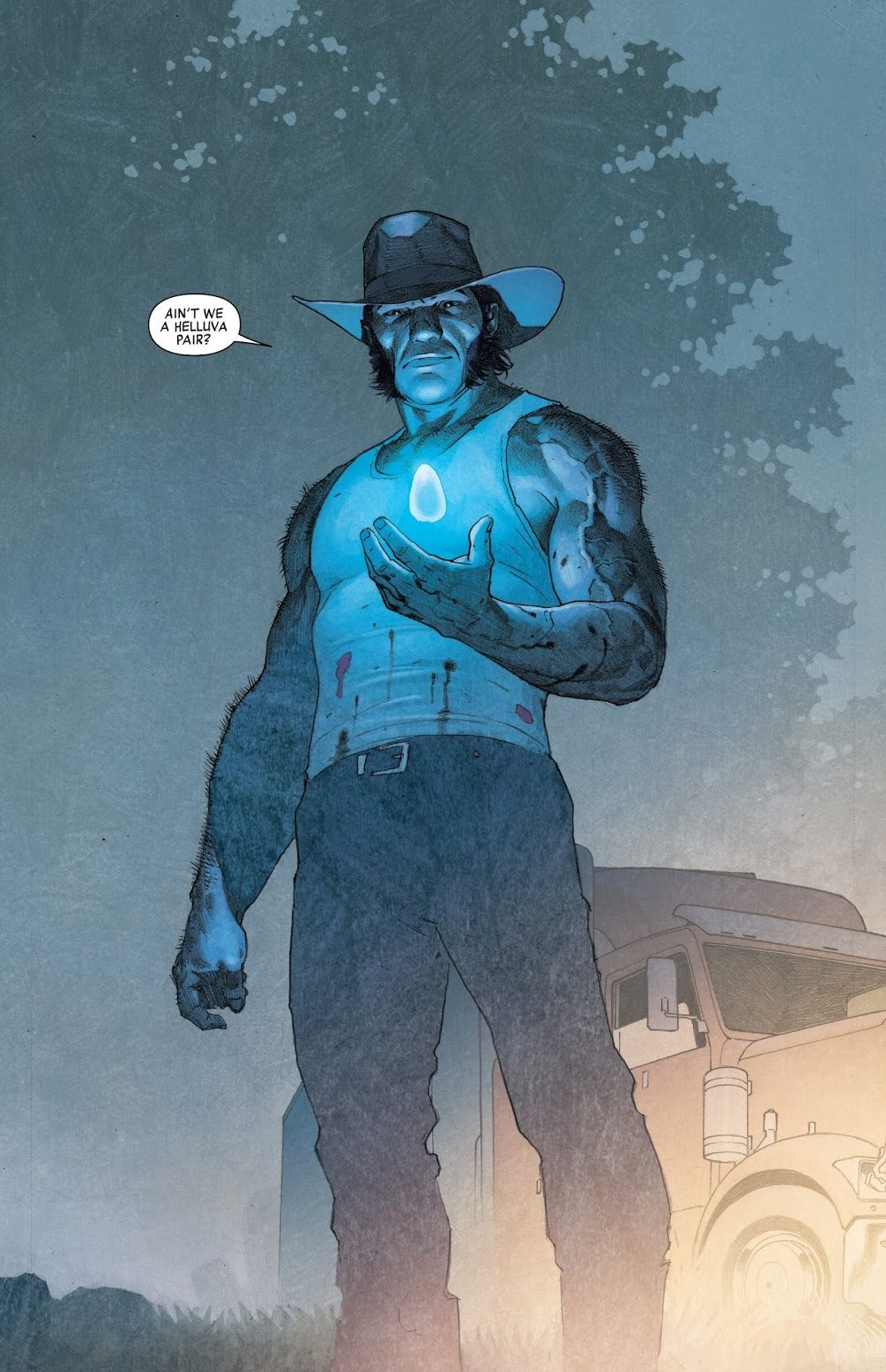 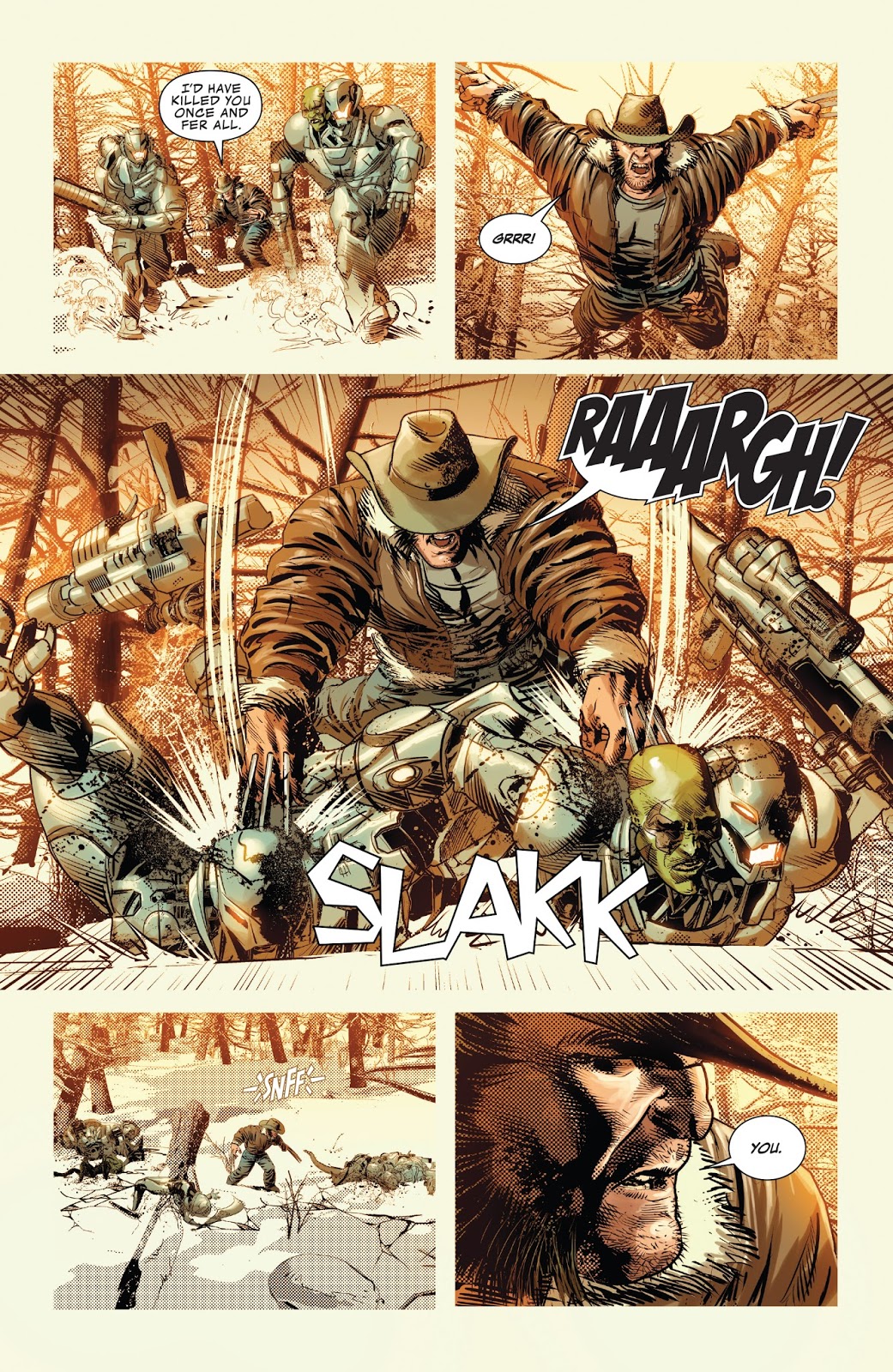 Wolverine would eventually leave the Space Stone for Black Widow in Madripoor, and it appears Black Widow will continue to control it throughout Infinity Countdown.

The Soul Stone might be the most sought after Infinity Stone. Kang the Conqueror teams up with Adam Warlock to prevent a cataclysmic ending to the Marvel Universe and informs him the Soul Stone is in possession of Magus in 2018. However, he sends Adam Warlock back to ancient Egypt where he must rest before seeking out the Infinity Stones. 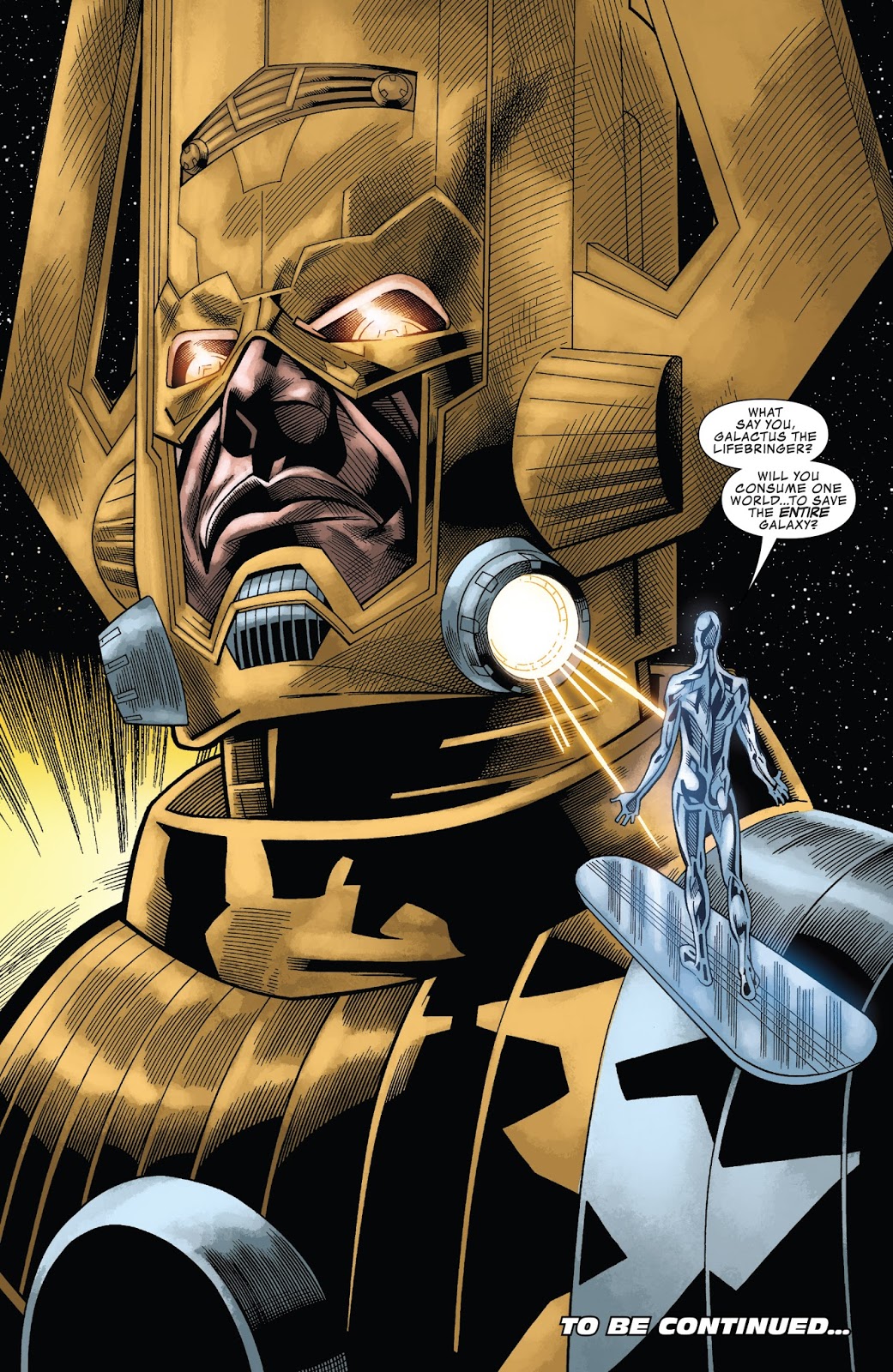 Turk Barrett has controlled the Mind Stone since the beginning of Infinity Countdown and we’ve just now figured out how he came into possession of it. Barrett stumbled upon a fight between Skrulls and associates of the Sorcerer Supreme. The fight was actually over the Mind Stone. Turk Barrett, ever the opportunist, decided to claim the Mind Stone for himself and he did so by executing one of the people who was fighting that Skrulls who warned him of Requiems coming, “Requiem approaches! You must get the stone to the Avengers of this Earth!” 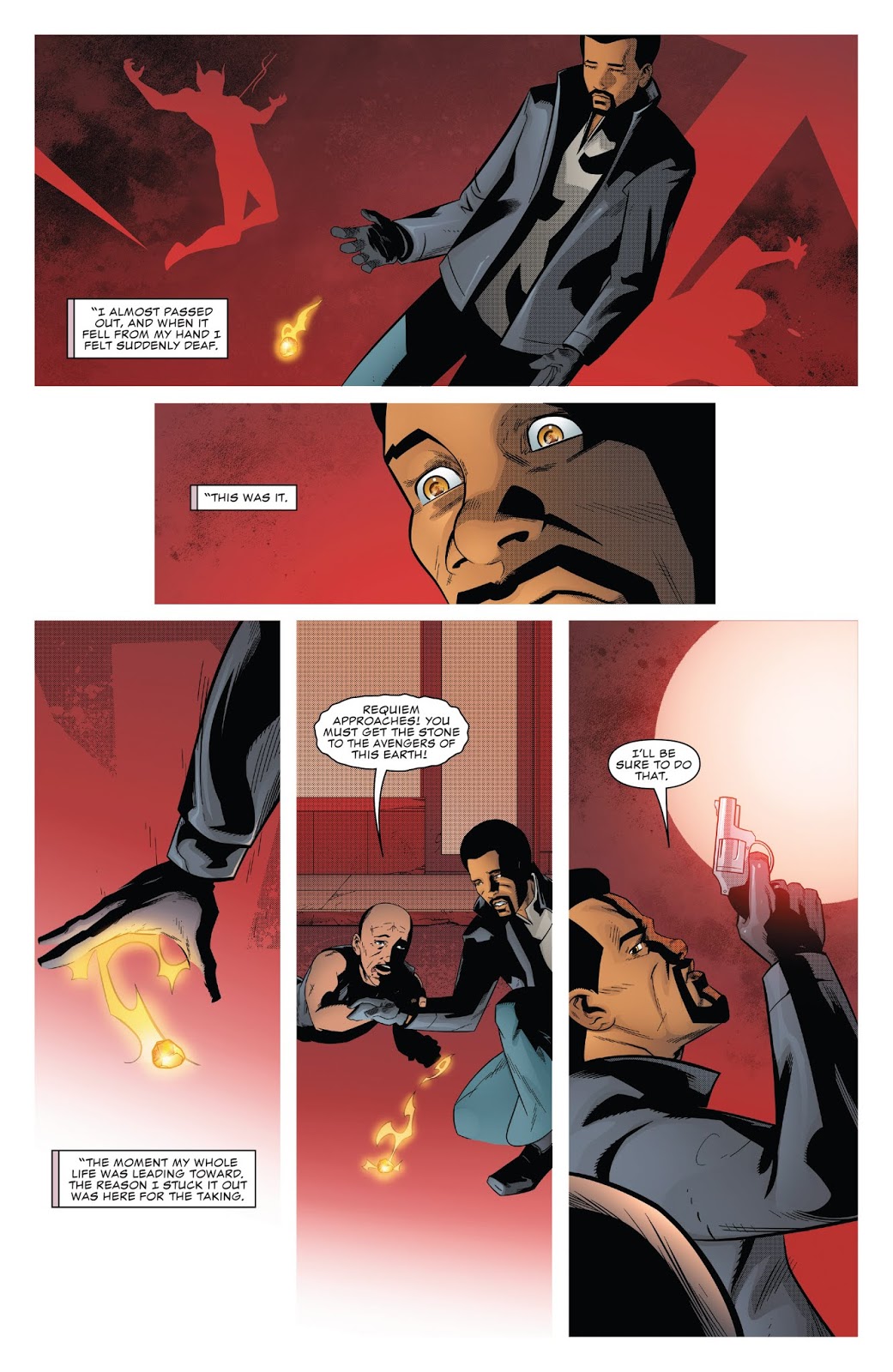 Who do you think Requiem is? How do you think Doctor Strange will come into possession of the Time Stone? Will Galactus consume Ultron’s planet and allow Adam Warlock to claim the Soul Stone or will he get it another way?