In Brightest Day, In Blackest Night

Geoff Johns is undergoing some changes at DC. While he’s stepping down as DC President, the more important news is his founding of Mad Ghost Productions. This is a creative shift for Johns, who’s arguably the most important creative in modern DC history. A press release confirms that the prolific comic-entrepreneur will write and produce projects in the DC Universe, starting with Green Lantern Corps.

“Under this new deal, one of Johns’ first film projects will be Warner Bros. Pictures’ “Green Lantern Corps,” based on his New York Timesbestselling series that saw an impressive nine-year run, spawning additional spin-off titles and comic book events.  Johns will write and be a producer on the film.

‘Geoff is a super talented writer and truly embedded in the DC Universe and its characters,’ said Toby Emmerich, Chairman, Warner Bros. Pictures Group.  ‘We’re thrilled that he’s returning to his passion and his roots as a writer and producer.  And, it’s even better that he’s staying in our Warner Bros. family.  We look forward to working with him on ‘Green Lantern’ and other projects going forward.'”

This could be the most exciting DC news in a long time. Remember, Kevin Feige isn’t exactly a “story” guy. Perhaps we were all wrong in assuming that Geoff Johns, one of the best comic creatives, should take a similar position. This sounds much more up his alley.

This confirms that not only will the Green Lantern Corps film start to ramp up production, but its based on his comic world-changing Green Lantern run. But this isn’t the first Green Lantern film… 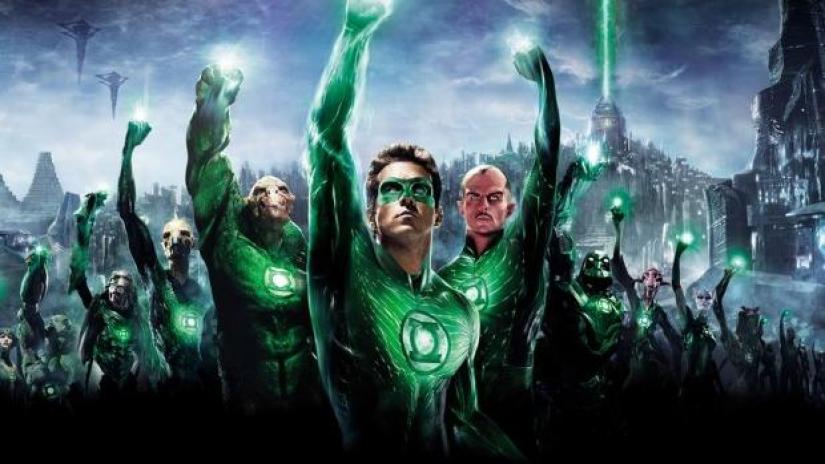 No one liked Green Lantern (2011). Least of all the star. Ryan Reynolds has made fun of the movie, and his choice in making it, numerous times in the Deadpool series. Reynolds was the right pick for the job because that was not Hal Jordan. Just a jock fighting the worst adaptation of Parallax that could ever be imagined.

Those who forget history are doomed to repeat it. As one of the most formative writers in Green Lantern history, no one knows that more than Geoff Johns. Centering the film around the “Corps” instead of just Hal is a smart idea. Characters like Kilowag, Kyle Rayner, Sinestro, and John Stewart deserve just as much attention as their fearless leader. If there’s enough time, maybe Guy Gardner can come along.

Geoff Johns’ Green Lantern run may focus on Hal, but it expanded the roles and importance of every Corps member. At a time when the team was a joke, he turned the Emotional Electromagnetic Spectrum into one of the most exciting aspects of DC. He used the color spectrum to create amazing teams with different significance. He told the huge and wondrous adventures of the Lanterns in stories like Rebirth (not the DC event), No Fear, and Agent Orange. Johns could use his own stories to introduce the Blue Lanterns, Red Lanterns, Larfleeze or even Sinestro’s Yellow Lanterns.

The potential is limitless.

It’ll be interesting to see if the current trajectory of the film which has been described as “Lethal Weapon in space” with Hal Jordan and John Stewart acting as space cops will continue or if Johns will drastically change the project. The last we had really heard about the project was the uncertainty if it was actually going to happen.

Green Lantern is the Batman and Robin of the modern day.  In his new role Johns can hopefully help this new project avoid the same fate. While DC President, he was probably doing a lot of pencil-pushing and administrative work. Now, Geoff Johns can focus on making Green Lantern Corps and future films, the blockbusters they deserve to be.