**Warning Spoilers for The Punisher #226 Below**

Writer Matthew Rosenberg, artist Stefano Landini and colorist Lee Loughridge send Frank Castle aka The Punisher after Hydra in their latest issue of the series.

Frank goes on a one man mission to take down the remnants of Hydra led by Baron Zemo. After discovering the location of Hydra, Frank begins to tear through a number of their goons in absolutely vicious fashion.

To prove that he’s not messing around when it comes to cleaning out Hydra, Frank arrives on the scene and instantly kidnaps one of Hydra’s goons named Dave. When one of his colleagues asks for him, Punisher simply replies, “Dave’s dead.” He then begins to torch him with a flamethrower. It’s safe to say Dave is dead. 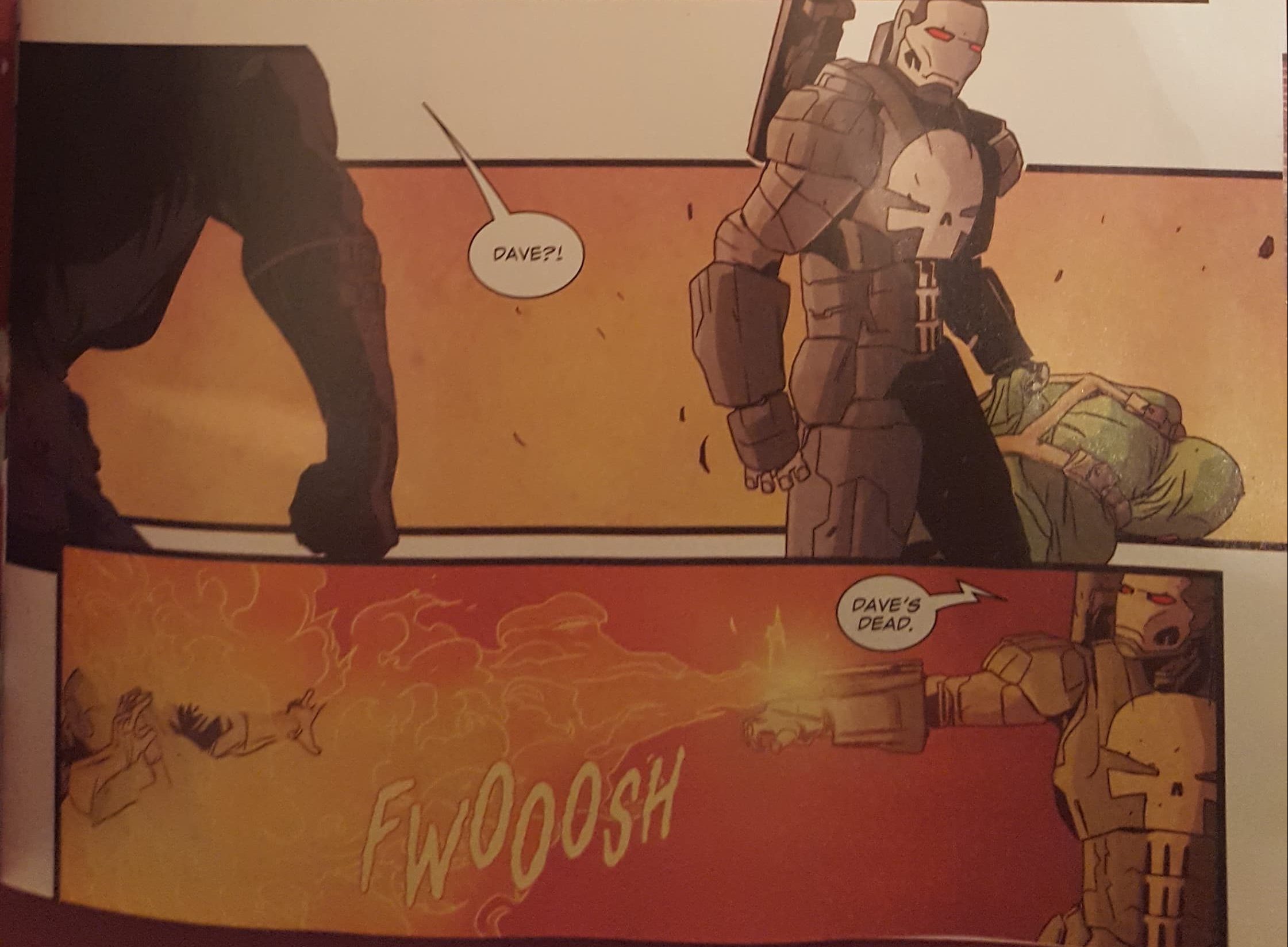 After killing Dave, a bunch of Hydra goons open fire on The Punisher. However, they are no match for him in the War Machine armor. He crushes goons underneath his boot, punches straight through their chests, and even unloads his mini gun into the Hydra troops. And when some attempt to flee the building, he fires missiles at their cars blowing them up. 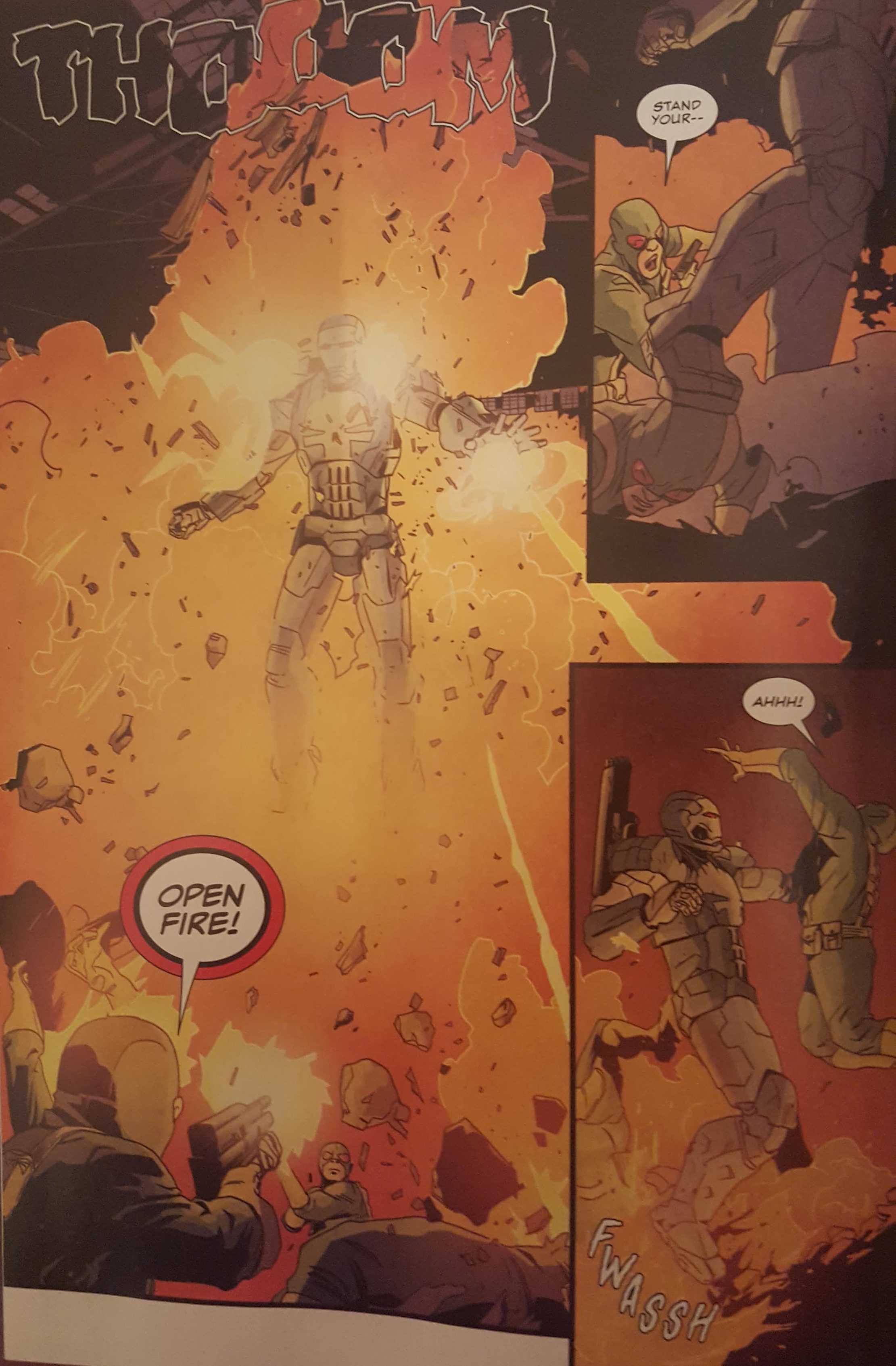 However, maybe the most insane kill, Castle performs is firing what looks like a fully charged palm blast a Hydra goon. The force of the blow tears the Hydra member apart. It almost looks like he shatters like a glass hitting your kitchen floor. It’s gruesome and epic all at the same time. 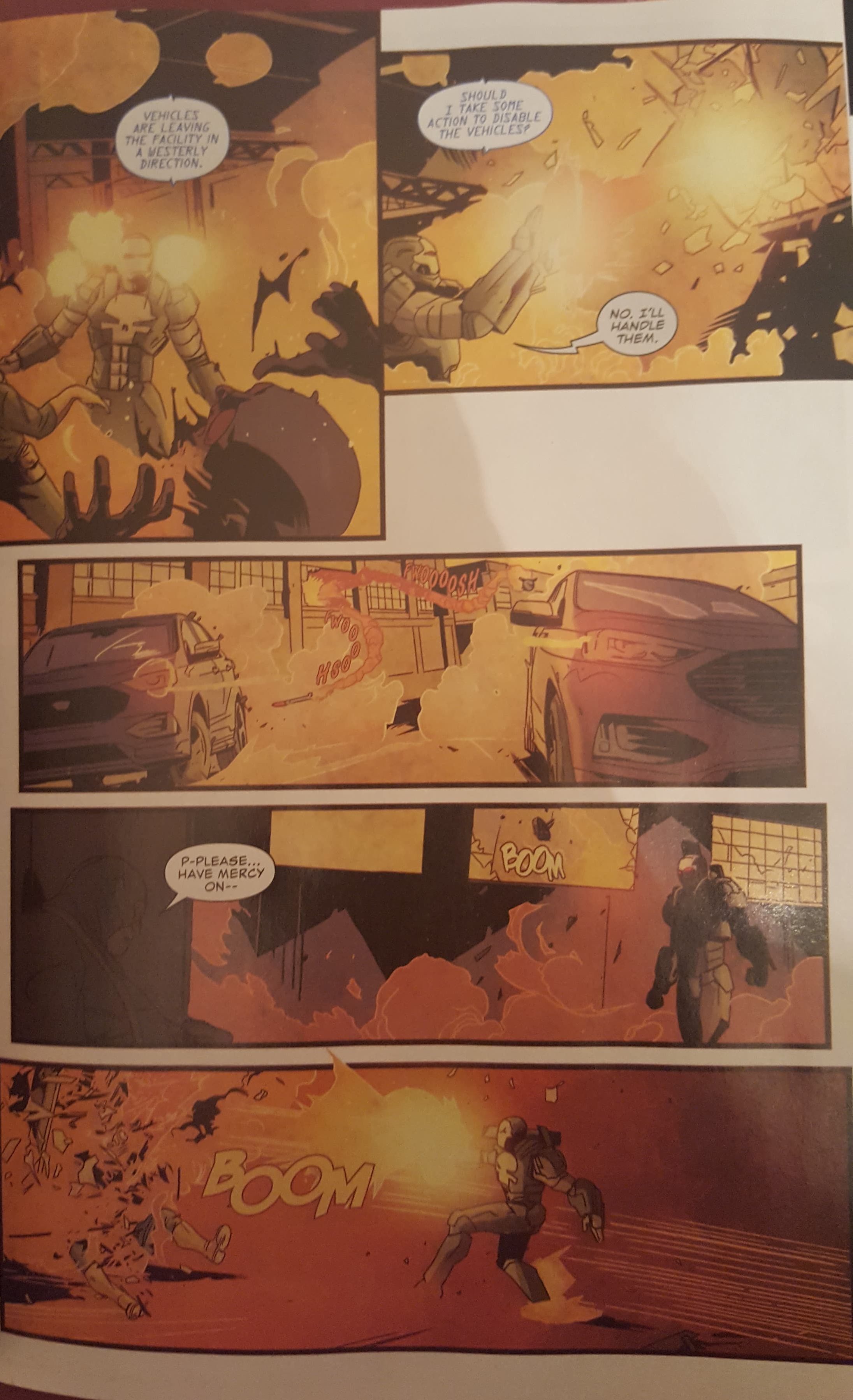 Needless to say, Frank Castle put a huge dent in Hydra’s forces and their current operation by eliminating all of these minor players.

But once he got through with the minor leagues, he was faced with some heavy hitters including Taskmaster, Crossbones, and Ghost. Will The Punisher be able to handle all three of them on his own?