Star Wars: The Last Jedi will go down as one of the most controversial Star Wars films ever made. In fact, many believe the film has fundamentally damaged the Star Wars brand as toy sales have declined and the latest Star Wars film Solo: A Star Wars Story absolutely bombed at the box office. There are even rumors of Disney’s Bob Iger stepping in and firing Lucasfilm’s Kathleen Kennedy.

Mark Hamill sat down with IGN to discuss the controversial film and director Rian Johnson’s choices when it came to Luke Skywalker. He still questions how Luke Skywalker became the old curmudgeon who has secluded himself on the island.

“There’s just such a huge gap between Return of the Jedi and Force Awakens – I had to really contemplate that. I said ‘hey, how did I go from being the most optimistic, positive character to this cranky, suicidal man who wants people to get off his island?”

Hamill would even question Johnson’s knowledge and understanding of the Jedi:

“It was a radical change, but I think sometimes being pushed out of your comfort zone is a good thing […] Although a part of me said to Rian, ‘but you know, a Jedi would never give up’. My concept of the character was that even if I chose the New Hitler thinking he was the New Hope, yeah I’d feel terrible, but I wouldn’t secret myself on an island and then turn off the Force.”

He even offered a different version of the events once teased by The Force Awakens director J.J. Abrams.

“J.J. said, ‘Oh and by the way I’ll probably put in a couple of floating boulders to show the Force emanating from you, as strong as it is.’ So I’m thinking for VIII, I’m going to have Force Lightning coming out of every orifice of my body. You know, lifting an eyebrow and toppling AT-ATs like dominoes. That would have been fun to be that powerful! Plus, I wouldn’t have to do much. They wouldn’t have to teach me choreography to do lightsaber duels. I’d just have to do this,” Hamill points across the room, “and let the special effects guy do everything.”

Not only does Hamill confirm that Abrams had a radically different version of what Episode VIII would look like, it also shows the complete dysfunction at Lucasfilm. They didn’t really have any clue what they were doing with the story moving forward.

Hamill would point out this dysfunction when he compared these two new trilogy films to George Lucas’ original trilogy.

“Remember, George had an overall arc [in the original trilogy]. If he didn’t have all the details, he had sort of an overall feel for where the three were going. But this one’s more like a relay race. You run and hand the torch off to the next guy, he picks it up and goes. Rian didn’t write what happens in 9 – he was going to hand it off to, originally, Colin Trevorrow and now J.J.” 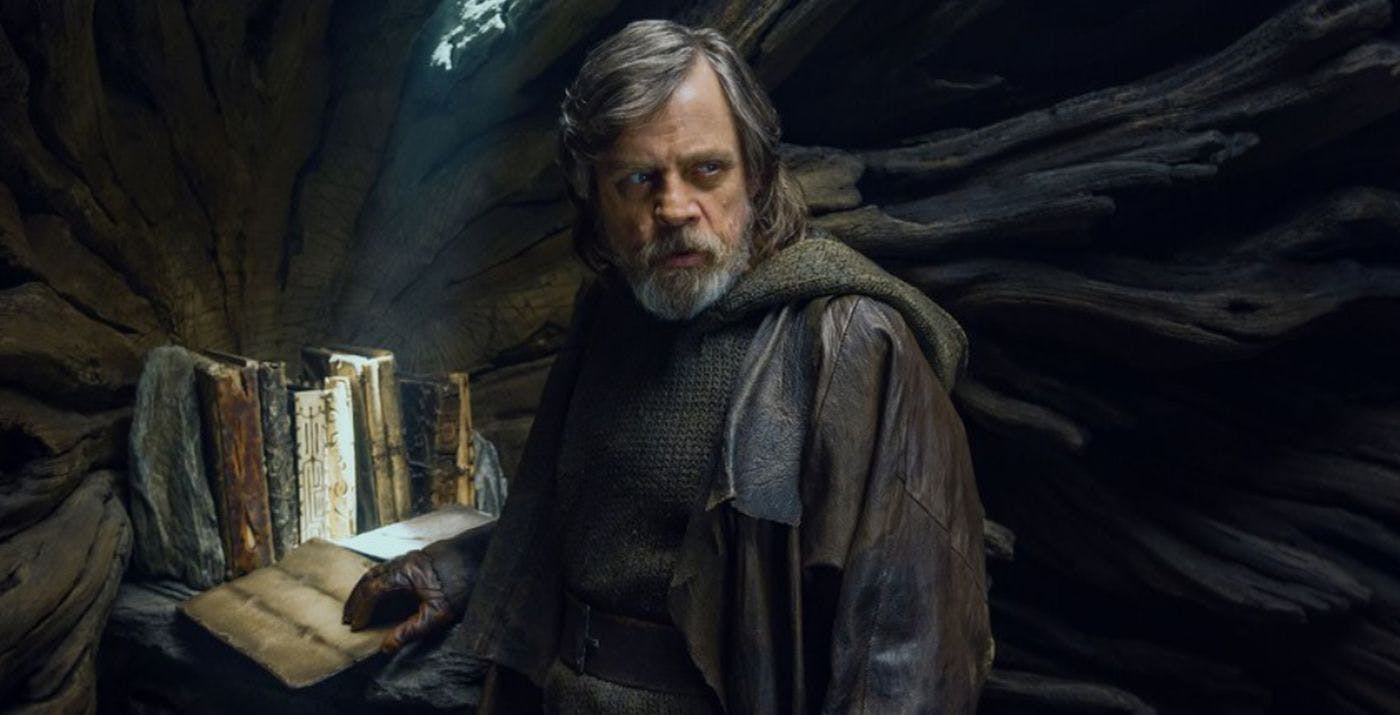 While Hamill questioned Johnson’s decisions regarding Luke Skywalker he did find a way to work with the script he was given.

“It is tragic. I’m not a method actor, but one of the techniques a method actor will use is to try and use real-life experiences to relate to whatever fictional scenario he’s involved in. The only thing I could think of, given the screenplay that I read, was that I was of the Beatles generation – ‘All You Need Is Love’, ‘peace and love’. I thought at that time, when I was a teenager: ‘By the time we get in power, there will be no more war, there will be no racial discrimination, and pot will be legal.’ So I’m one for three. When you think about it, [my generation is] a failure. The world is unquestionably worse now than it was then.”

Hamill would elaborate on this new analogy in an interview with AP and put it bluntly that he had a very different vision of Luke Skywalker than what Rian Johnson and the rest of the folks at Lucasfilm had.

‘IT WAS TOUGH ON ME’: #MarkHamill says he strongly disagreed with the story arc for #LukeSkywalker in #StarWarsTheLastJedi, created by writer-director #RianJohnson. pic.twitter.com/iR1RrP9JSU

“My view of the character was that he was the most idealistic character, he was the most optimistic character. And I said that even if I did something ghastly like picking the wrong young student, that I would redouble my efforts. I wouldn’t just go off to an island for 30 years. But that’s not my job. I have to do what I can do to best realize the vision of the writer, in this case Rian Johnson.”

“It was tough on me because I was sort of old-school George Lucas and you have to make way for the new generation. So I had to figure out, how can I best make this work. There’s lots of back story that I made up for myself that wouldn’t concern the audience in any way. And that’s when I made the analogy of being the Beatles Generation, where ‘All You Need Is Love.’ And in effect, we’ve failed because I think the world is much worse now than it was then.”

Do you agree with Hamill’s outlook on Luke Skywalker or did you prefer Rian Johnson’s version of the character?