Batman writer Tom King put out a damage control Tweet promising that “Batman 50 is not the end.” The Tweet comes a couple days after the New York Times and DC Comics spoiled whether or not Batman and Catwoman actually get married in the issue.

Batman 50 is not the end. This is a 100 issue story documenting and celebrating the love of Batman and Catwoman. Whatever happens, whatever anyone says, nothing’s going to spoil that. pic.twitter.com/Crm5t0CKcI

King once again stated his Batman run will be 100 issues, but this time he indicated it’s a “story documenting and celebrating the love of Batman of Catwoman.” King has intimated his run would be 100 issues and that the core would be focused on Batman and Catwoman’s relationship, but given his language here, it’s possible his Batman run might actually be longer than 100 issues.

He talked about his plan to write 100 issues of Batman at the DC Batman Spotlight at New York Comic Con last year, “If you look back at my issue 1, I knew I wanted to do 100 issues of this book and I wanted to focus on Bruce and Selina’s relationship as the core of the run.” Interestingly enough Catwoman doesn’t appear in King and artist David Finch’s Batman #1. Catwoman doesn’t show up until Batman #9 at the beginning of King’s second arc, “I Am Suicide.” Batman breaks her out of Arkham Asylum to join his team on a mission to take down Bane at his base in Santa Prisca. 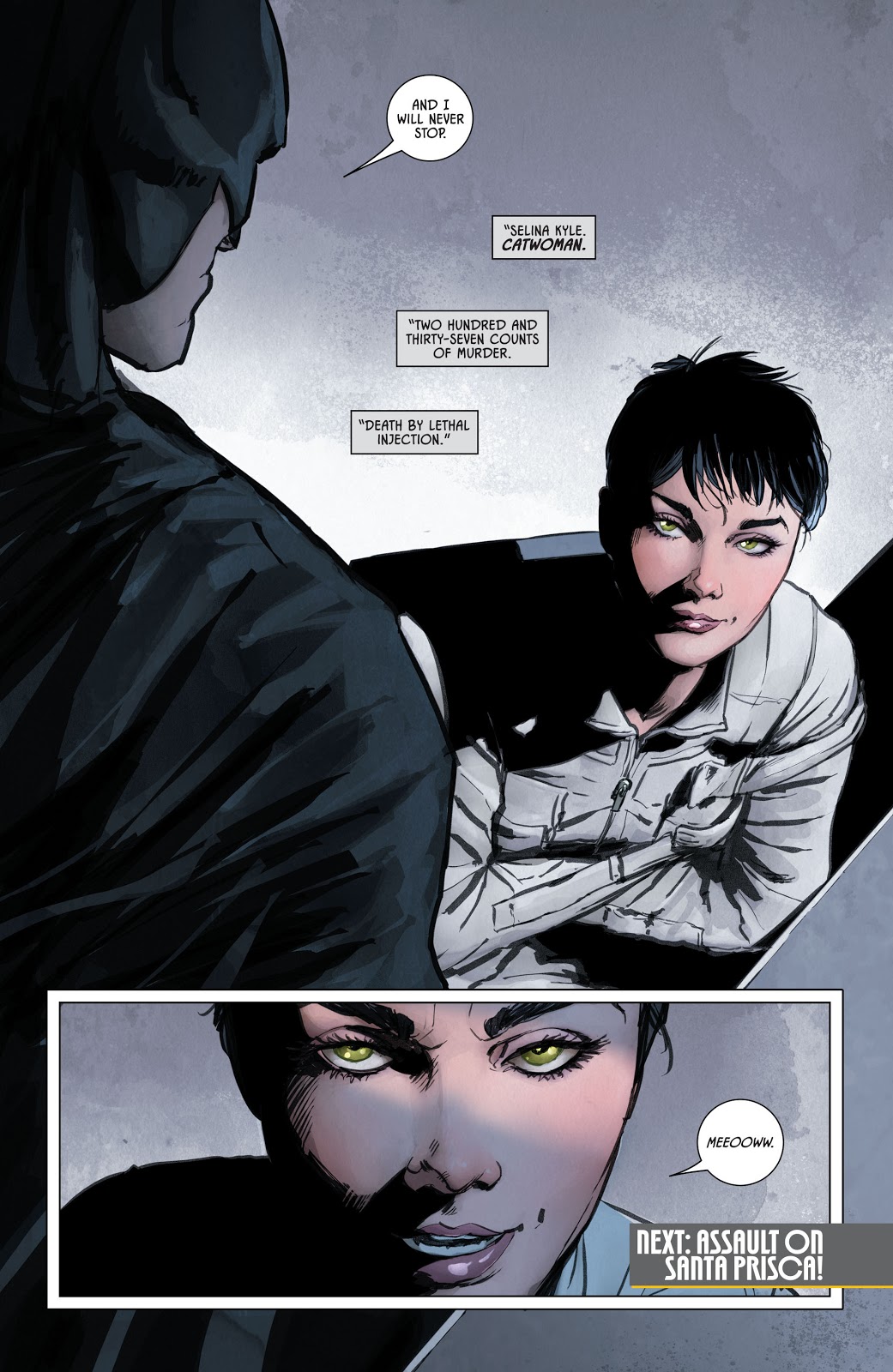 Given King is now saying he plans to write 100 issues “documenting and celebrating the love Batman and Catwoman,” it’s quite possible we aren’t at the halfway point of King’s Batman run. His run could go on to be 110 plus issues on Batman alone if you don’t include any tie-in event comics likes the Prelude to the Wedding issues or “Night of the Monster Men.”

We reached out to Tom King to get some clarification, but did not hear back at the time of publication.

Will you be picking up Batman #50?