Netflix and Marvel’s Daredevil Season 3 might be one of the most anticipated superhero television shows and we just got confirmation that one of the major villains in the show will be Bullseye.

Trainer Naqam Washington posted a photo to Instagram with Charlie Cox and Wilson Bethel in the gym.

He describes the photo, “The boys training hard in the lab! eason 3 of Daredevil going to be crazy! #Daredevil and #Bullseye @wbethel”

We all know that Charlie Cox is Matt Murdock a.k.a. Daredevil, but it was unclear who Wilson Bethel would be playing. Early rumors hinted that he might be playing Sin-Eater, but based on Washington’s Instagram post, he’ll be playing famed Marvel villain Bullseye.

Bullseye was originally created by legendary creator Marv Wolfman and Bob Brown in 1976 as a Daredevil villain. In his original backstory, Bullseye served time in juvenille hall as well as prison before joining the army. He would go on to work for the United States National Security Agency and later as a freelance assassin for hire.

In order to make a name for himself he targeted Daredevil. He would best the Devil of Hell’s Kitchen twice before Daredevil finally gained the upper hand and beat him.

After being defeated by Daredevil, Bullseye would make it his goal to get revenge. However, he still wasn’t opposed to taking on other contracts. After receiving a contract to kill Wilson Fisk, he would hunt down the Kingpin only to have him give him a better offer. In fact, Kingpin would make him his chief assassin. The two would eventually fall out, but Bullseye would work to regain Kingpin’s favor by killing Elektra. 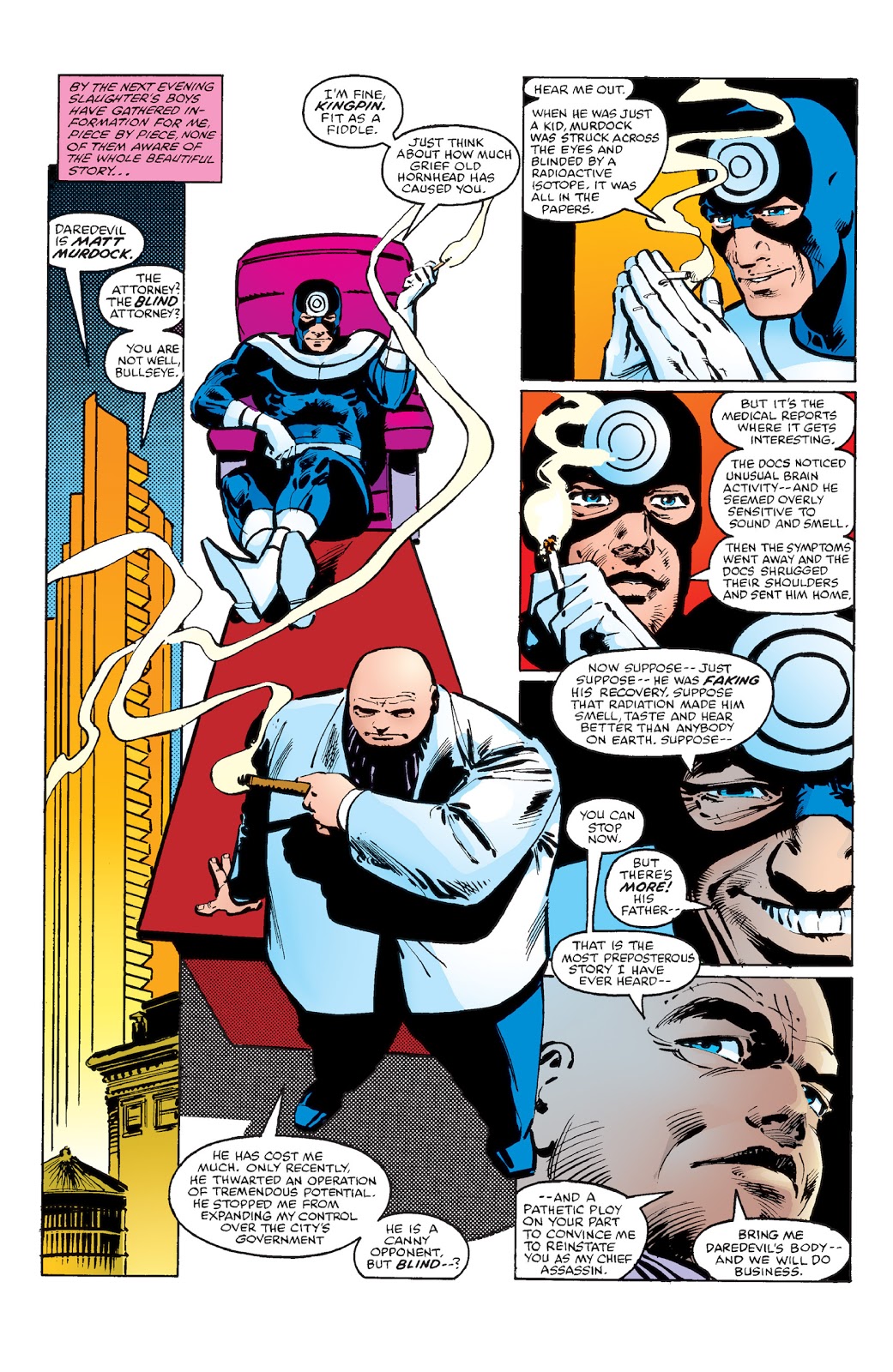 It wouldn’t surprise me in the least if Bullseye finds himself working for Fisk in the upcoming third season of Daredevil. The season is supposed to be adapt Frank Miller and David Mazucchelli’s famous Born Again storyline, and if they watned to dip a little further back into Miller’s run on Daredevil incorporating Bullseye as one of Kingpin’s assassins would make sense.

The initial description of Bethel’s character described him as a “socially awakward FBI agent, needs structure and rules to suppress the darkness inside himself.” Bullseye partially fits that description given he was an agent of the United States government, it just wasn’t the FBI.

Are you excited to see Bullseye in Season 3 of Daredevil?