Ant-Man and The Wasp star Evangeline Lilly recently spoke with PopBuzz about her ideas for the future of the Avengers.

Specifically Lilly pitched an all-female Avengers team. And she also made her choice about who she thinks should lead the team. She chose Brie Larson’s Captain Marvel.

Lilly would explain why she chose Captain Marvel to be the leader:

“I think I’m being a bit old fashioned and maybe a little bit rigid about this. Because if it is an All-female Avengers film then the sky’s the limits. We can reinvent the wheel. We don’t have to do anything that anyone’s ever done before. We can make it all up and change the game. That’s the fun of it!”

Lilly might be rethinking her choice for leader if she brushed up on her Avengers history with Captain Marvel leading the team.

In the [easyazon_link identifier=”1302901575″ locale=”US” tag=”boundingintocomics-20″]Civil War II[/easyazon_link] storyline, Captain Marvel would rely on the visions of an Inhuman named Ulysses in order to protect the Earth from a number of threats. One of those threats was Thanos. She would lead a team of Avengers to confront Thanos, who was searching for a Cosmic Cube. She would be successful in stopping Thanos, but her decision had major consequences. It led to the death of War Machine. 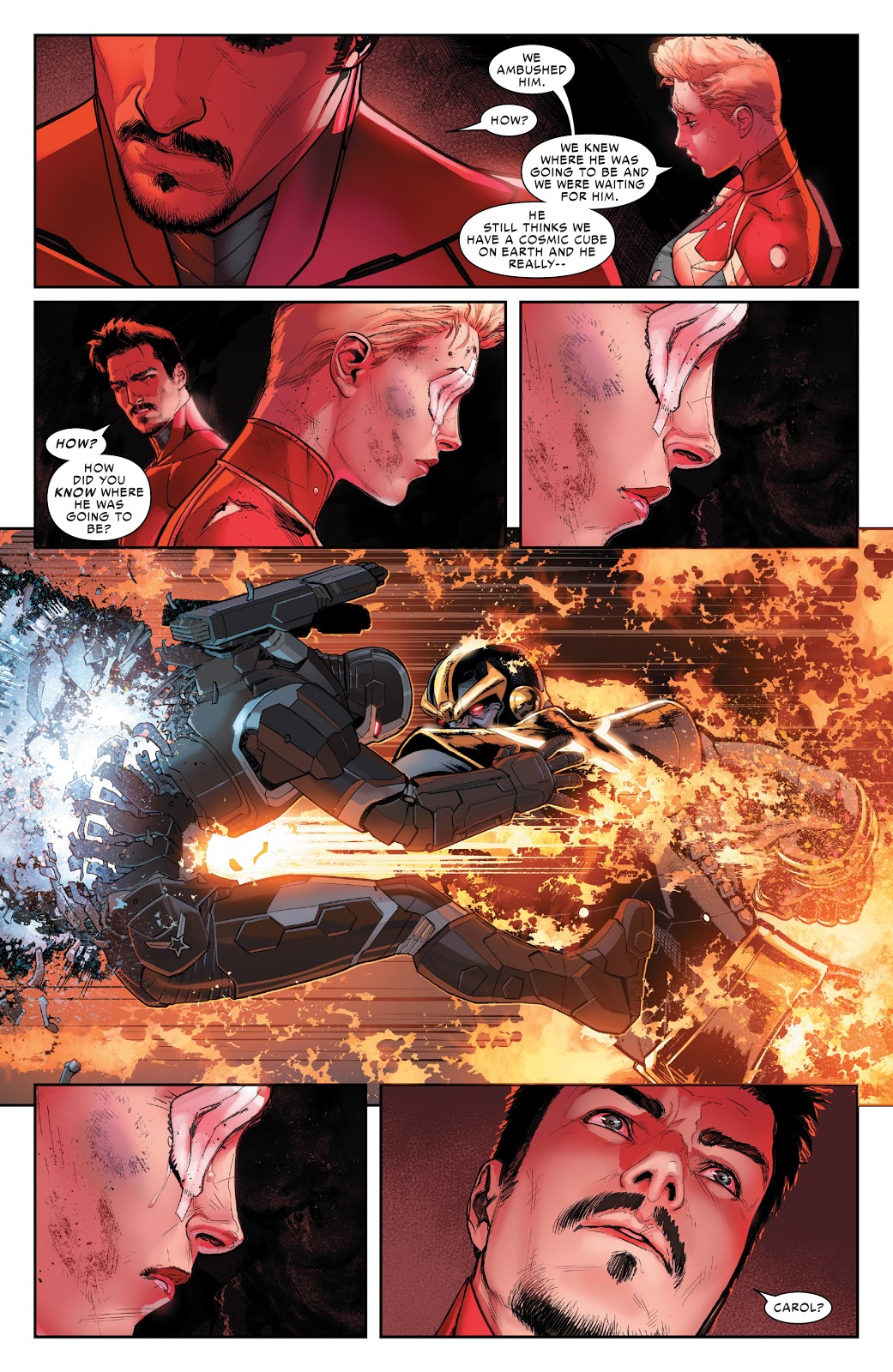 But Captain Marvel wouldn’t just use Ulysses’ vision to fight against galactic threats like Thanos. She would use the visions to begin arresting people for pre-crime like in Minority Report. 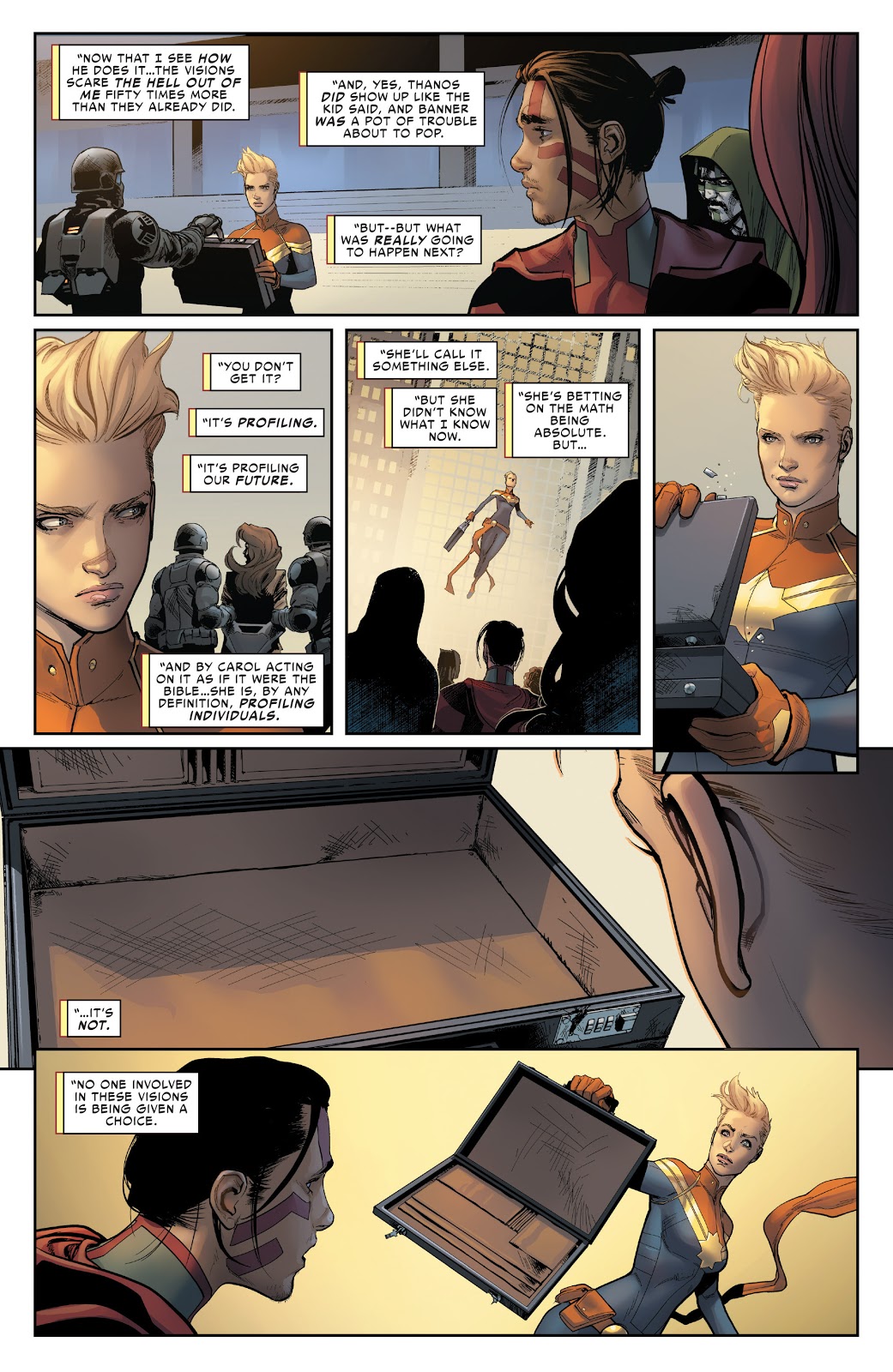 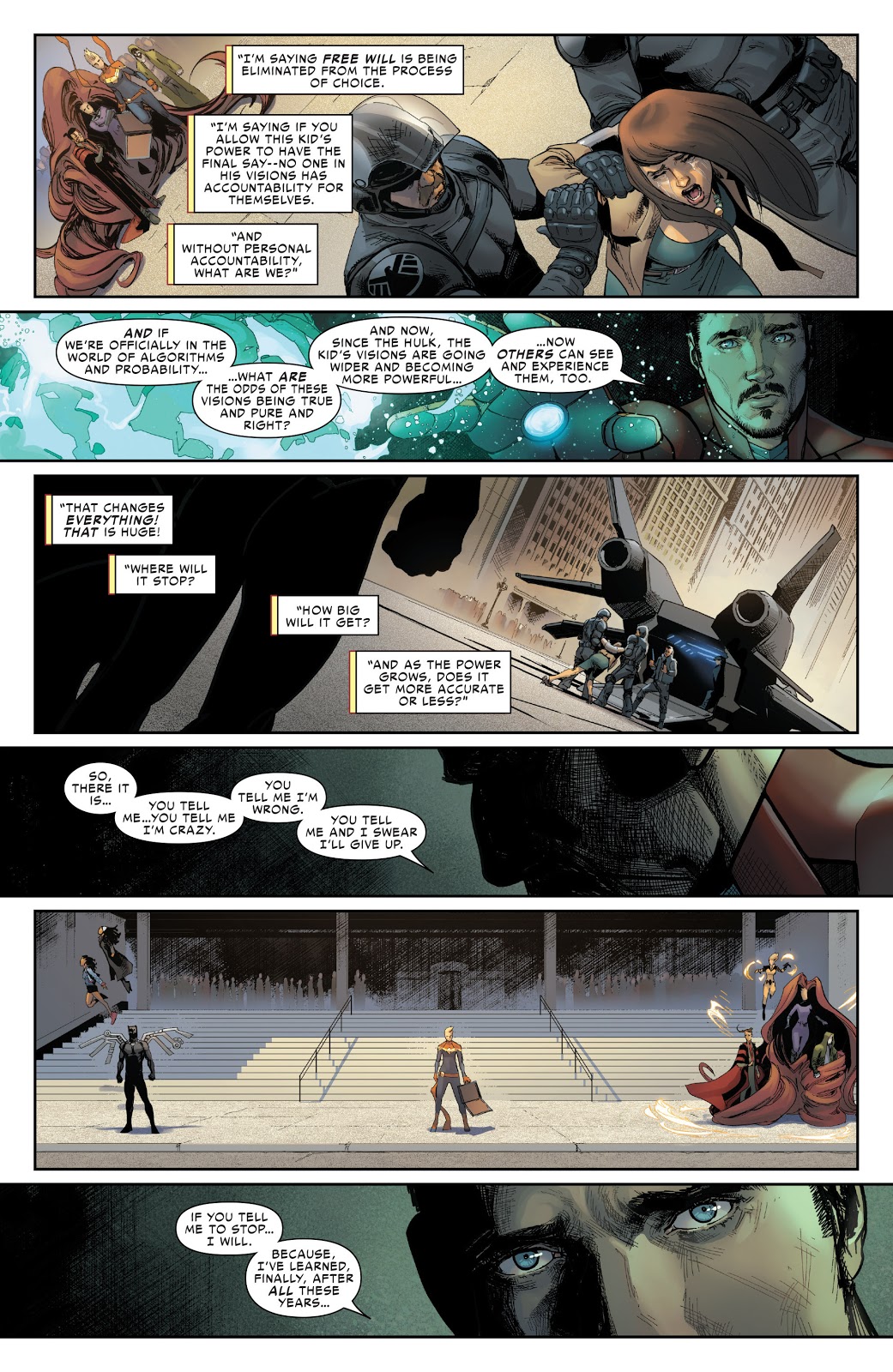 In fact, Danvers actions would split the superhero community with one side teaming up with Tony Stark and the other side teaming with Captain Marvel. And it would lead to violent conflict in the streets and in the skies above New York City. 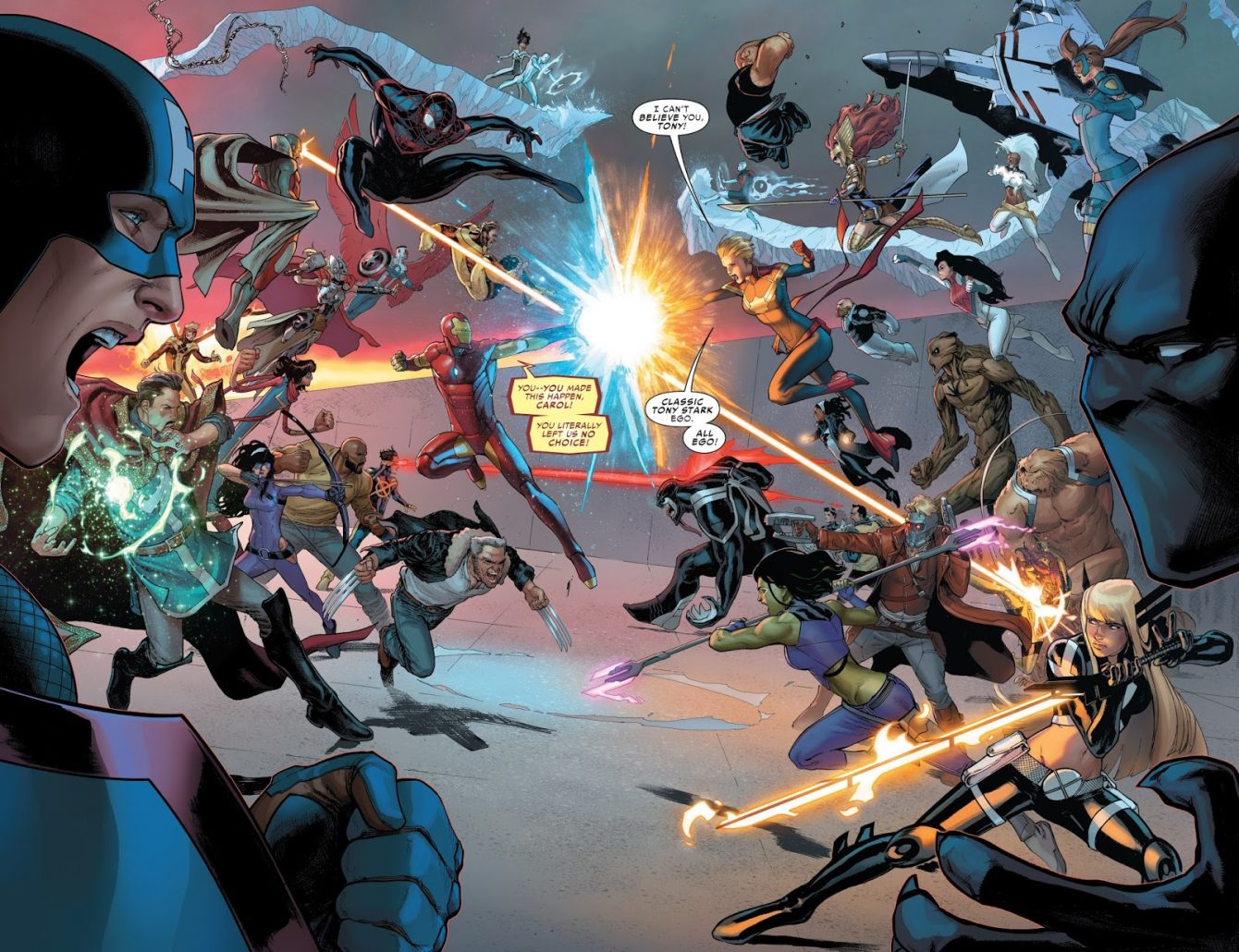 I don’t know about you, but I don’t think I’d want to see an Avengers team led by Carol Danvers if she is going to be using pre-crime to arrest people for crimes they haven’t committed.

But do you agree with Evangeline Lilly? Would you want to see Captain Marvel lead the Avengers?