They had previously made the announcement at San Diego Comic-Con that the series would return sometime in November.

Now, we are finally getting some details as to what the new series will entail. The series will be written by Ed Brisson (Extermination), Kelly Thompson (Mr. and Mrs. X), and Matthew Rosenberg (Phoenix Resurrection, Astonishing X-Men). They will be joined by artists Mahmud Asrar (X-Men Red), R.B. Silva (X-Men Blue), Yildiray Cinar (Weapon X), and Pere Perez (Rogue and Gambit).

The series will launch a 10-part weekly event called “Disassembled.” 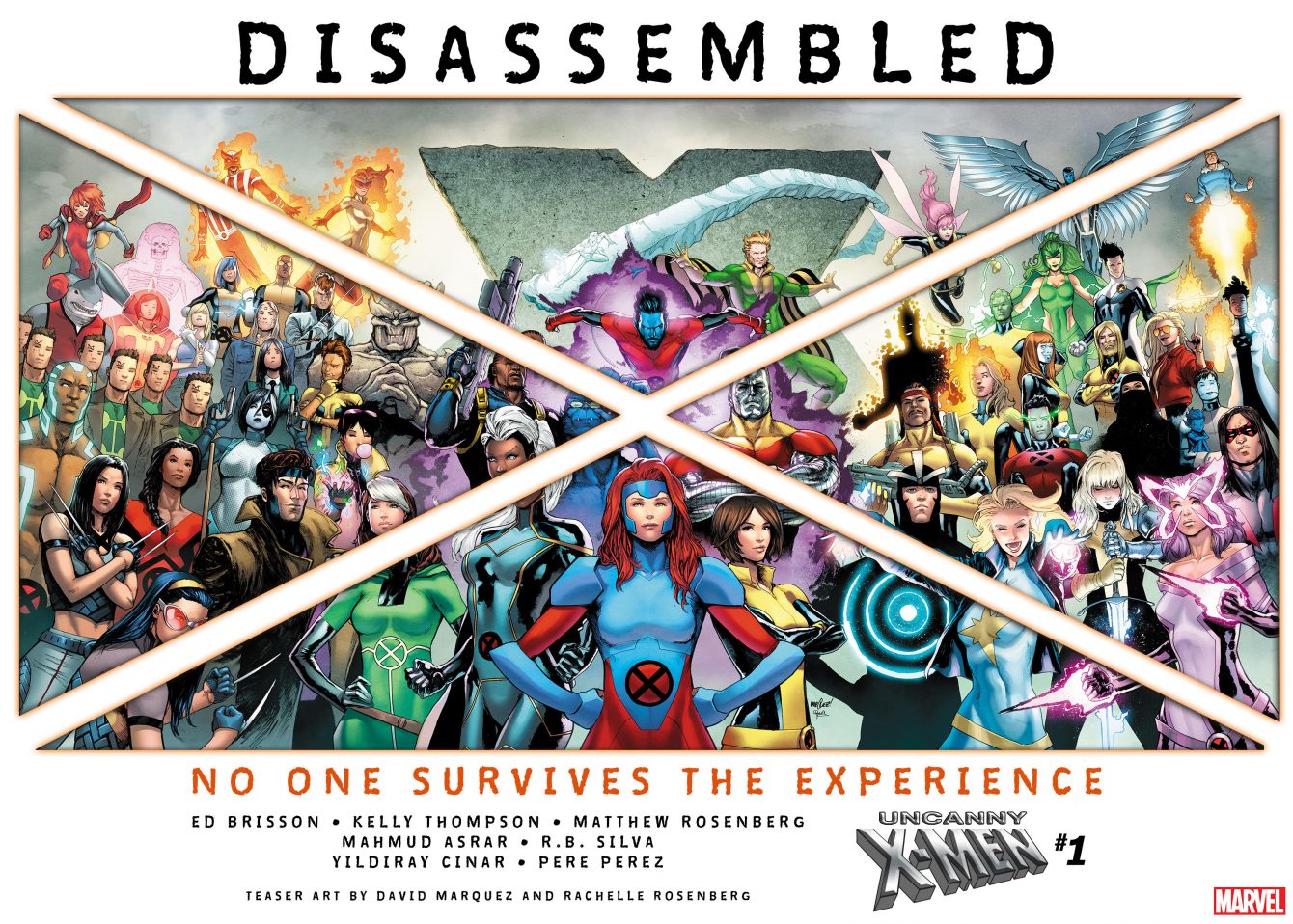 Here’s how Marvel describes the series:

“In this “epic tale of mystery and tragic disappearance,” every remaining mutant on the planet will come together in “an adventure so Earth-shattering, it could very well be the X-Men’s FINAL mission!” With stakes this high, it will take an extraordinary team to tell this story.”

Uncanny X-Men originally launched in 1963 and was the longest running X-Men series in the franchise. The title was originally created by Stan Lee and Jack Kirby and was cancelled in 1970. However, it would be relaunched in 1975’s Uncanny X-Men #94 under David Cockrum and Chris Claremont after interest was rekindled in Giant-Size X-Men. Claremont would stay on the book through 1991.

Uncanny X-Men would last be seen in 2016 with Cullen Bunn and Greg Land introducing an X-Men team lead by Magneto and featuring Psylocke, Archangel, Mystique, Fantomex, and Sabretooth.

What do you make of the creative team and the planned story? Will you be checking out Uncanny X-Men when it hits shelves in November?