You Were The Chosen One

Solo: A Star Wars Story didn’t do well at the box office. Because of that, some of the anthology films in the Star Wars Universe may have been canned. A Mos Eisley film, for certain, but could other films be affected? One of the worst kept secrets in Hollywood was the rumored return of Ewan McGregor as “Obi-Wan” in a film being prepared by Lucasfilm. Stephen Daldry was/is set to direct and the film supposedly was going to shoot within the next two years. Exciting news. Well, according to the film’s possible star, no such film exists.

The actor was on The View to promote his new film, Christopher Robin. When asked about the possible Star Wars film his reply was blunt but somewhat optimistic.

Alright, control yourself. You probably just got a little lightheaded for a second. Take a deep breath. Just because McGregor says there are no plans, doesn’t mean there really aren’t any. But he has been saying that for a few months now. Considering how busy McGregor’s schedule must be, he likely knows what he’s going to be filming for the next couple years at least. Meaning that the film could have been quietly building in the background and has suddenly ceased all progress thanks to Solo’s performance. 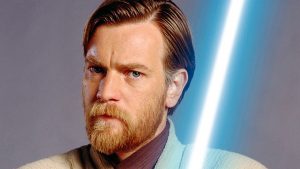 So, let’s talk about silver linings. At least McGregor continues to say that he would absolutely play the part, if asked. That’s more encouraging than anything else, and is possibly a not-so-subtle sign to Disney. Everytime he says he’s interested, fans around the world get excited for a potential film. One of these days Disney is bound to listen.

So what exactly does this mean for that Stephen Daldry Star Wars project? That’s a rather large mystery. There was a supposed working title, a shooting date, and time booked at Pinewood Studios. All indications that a film is going into production relatively soon. So there’s a few possibilities here. The first is that Ewan McGregor is being coy. While he’s preparing to star in the film he’s cleverly waiting for a full announcement from Disney. The studio probably wants enough time to pass from the failure of Solo: A Star Wars story before telling fans of the next anthology film. A smart move.

Another possibility is that the film simply doesn’t exist. Director Stephen Daldry’s Star Wars film could be something else, like James Mangold’s Boba Fett film. A brand new story or one that highlights a different character. Considering just how many fans around the world want this film to happen, it’s just bound to happen. In this world of remakes, reboots, sequels and prequels, when fans ask they tend to receive.

Do you think Ewan McGregor is telling the truth when he says there are “no plans”? Let us know!